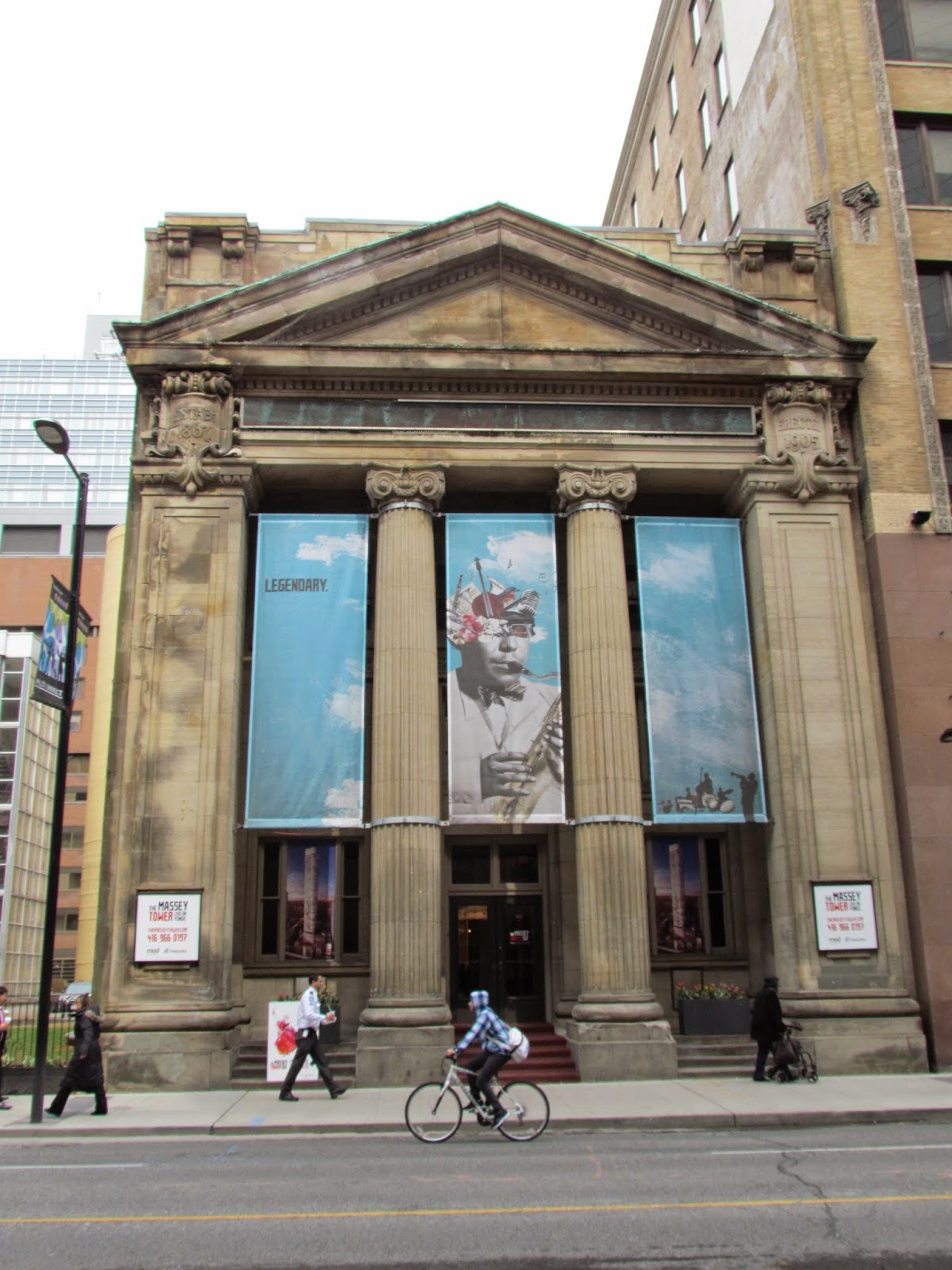 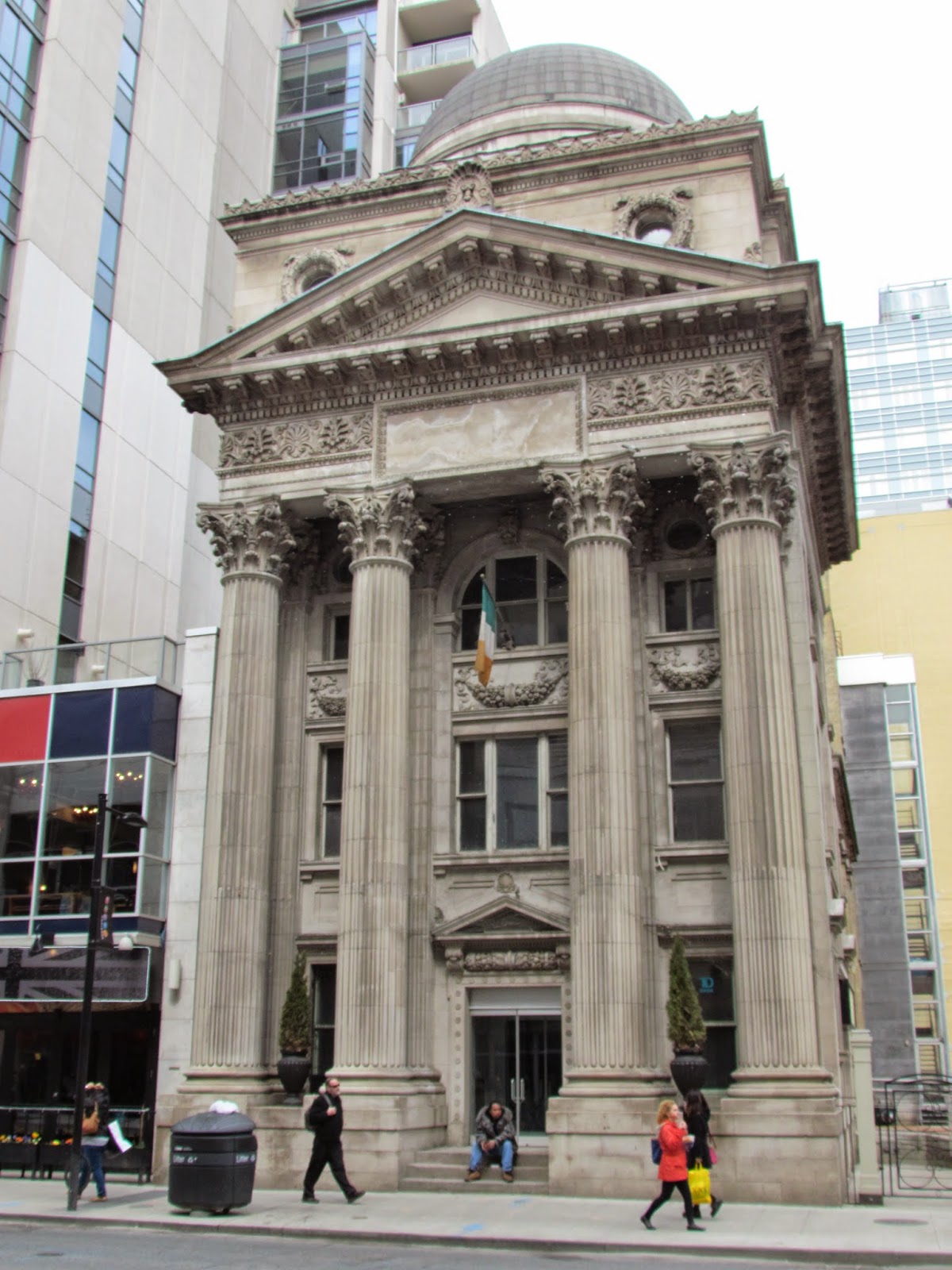 I receive a lot of heritage architectural news via Facebook every day. The Architectural Conservancy of Ontario and Toronto's Historic Sites use the medium effectively to celebrate conservation successes, warn of structures at risk and mourn the loss of important early buildings and spaces.

Yesterday ACO shared this link. Today I share it with you - hope it stays unbroken for a long time. I realized with a shock that it's about a building that has haunted me since I first saw it years ago, when I fled out the wrong exit of the overwhelming Eaton Centre and fell under the spell of this mouldering giant  at 197 Yonge Street. This intimidating (one might say oppressive) Beaux Arts structure was built to impress - with its solidity and solemnity -the customers of The Canadian Bank of Commerce - surely your money would be safe here? It haunted me because it was such an anachronism in the busy commercial street, and it looked as if Toronto had turned its back on the structure - preface to a nasty fire and a too-bad-but-it's-unsafe demolition.

A second, equally imperious bank building stands just to the north of 197 Yonge. Designed and built in 1905 by E.J.Lennox, hugely important Toronto architect of the Victorian era, 205 Yonge housed the proud Bank of Toronto which started up in the 1850's.  Time seemed to be passing it by, leaving it decaying in full view of shoppers and street folk, but as the blogger below explains, there are hopeful signs of a new owner with vision and cash.

This Toronto Savvy blog-post contains more outstanding shots of the two banks, and celebrates the turn in their fortunes.

On the local scene, here's my favourite local bank - the only Beaux-Arts bank left to us and the only one I can think of with more character than a packing crate.


Posted by Ancestral Roofs at 5:15 PM