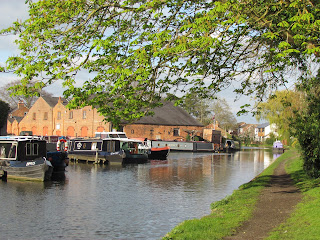 Today I began sorting through photo files from our travels of the past few years. Part of the motivation is the frustrated travel urge, the pandemic having severed a life-giving connection with the outer world. So we'll just have to be satisfied, for a bit longer, with looking back and looking forward. The other, deeper reason for the research is the need to be in touch with places that call back to mind great fun, adventure, discovery and love, a response to the loss in December, of my dear travelling companion of 44 years.

This post takes me back to the historic canal village of Shardlow, Derbyshire.

We stayed here at the beginning of our travels in England and Ireland in the spring of 2019. Shardlow is a fascinating place, an inland port central to the nation's commerce since the time of the Domesday book.  Given my passion for canals (if you're so inclined, search the blog for canal posts) it was inevitable that I fell in love with Shardlow and its history. Given that we stayed in the village over a week with dear cousin Elaine, inveterate traveller, walker and student of the wider world, we had the opportunity to wander the towpaths of this ancient canal town, and to get to know its distinguished architecture first-hand. 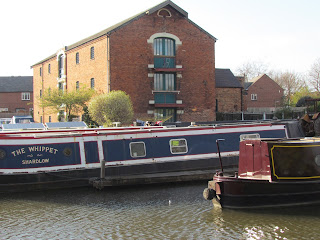 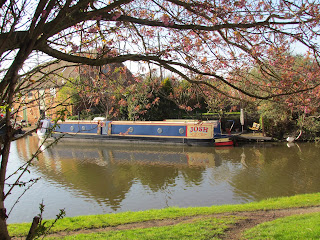 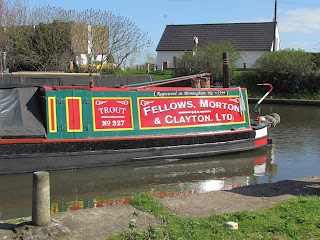 As one might expect in historic Britain, Shardlow history is well-documented. A walking tour map is posted on the breezy bridge, with details on many of the converted warehouses and grand houses that make the village unique. In 1770, the Trent and Mersey Canal was completed; Shardlow was the point where goods were transferred between carriers on the Trent River, to the narrow boats moving things about on the  midlands canal network. The picturesque narrow boats, both restored antiques and newly manufactured, are a delight. The canal shipping era created great wealth and lovely homes.

A canal-side home caught my eye, Broughton House. Broughton House was built around 1790, by the scion of one of the well-off masters of canal commerce. It's situated on the old London Road (doesn't that conjur up the dashing arrival of coaches and fours?) and had some interesting history. Here's your chance to travel the London road via Streetview. Once you've had a good look at Broughton House, stay for a wander. It's a fascinating village. I'll share some other house stories sometime soon. 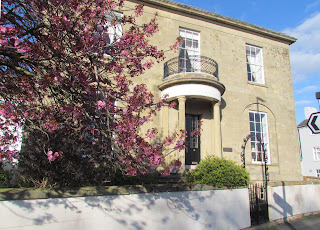 The Broughton House's three-bay facade is, not surprisingly, of fine ashlar, the back is in red brick. Stone window surrounds, a stone band course at basement level. Hipped slate roof, ashlar side-wall chimneys. Steps lead up from the gate and stone wall (itself with heritage status) to what one source calls 'a Tusan porch.'  This video shot at a rather breathless pace by a rather breathless realtor, gives a glimpse of high ceilings with plaster cornices, fireplaces, reeded wood detailing, and a wonderful staircase.
Video 2 offers a slightly more adoring look. 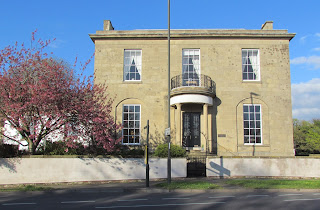 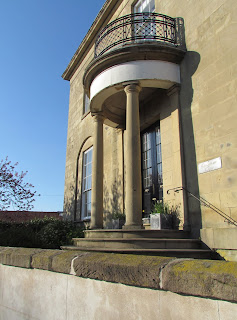 Even the wall has history. It's a Grade II listed element, built in the early 1800s of brick with stucco, stone copings. The original iron gate with lantern arch above completes the perfection. 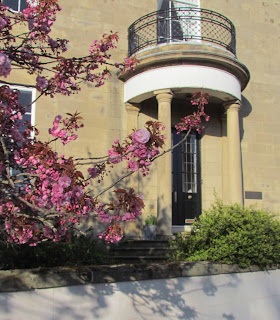 Broughton House recalled a particular favourite in Niagara on the Lake here at home. The similarity resonated as we had spent a delightful time at NOL the previous year, when cousin Elaine visited with us. Each home boasts upright Georgian symmetry, although the materials are different, and elliptical Neoclassical elements. But the detail that caught my eye was the blind arches around the windows. Why, why? But it's stayed with me, so might as well share it. A challenge to the bricklayer's or stonemason's skills, I would think. 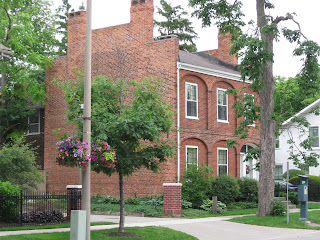 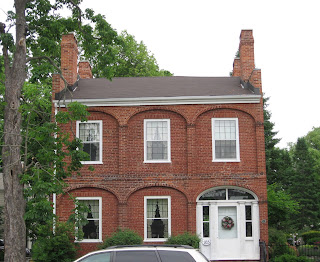 I just relived my first meeting with the 1820s MacDougal-Harrison  house in NOL (and you can too, here.) Isn't the facade a thing of orderly beauty?
Posted by Ancestral Roofs at 6:26 PM