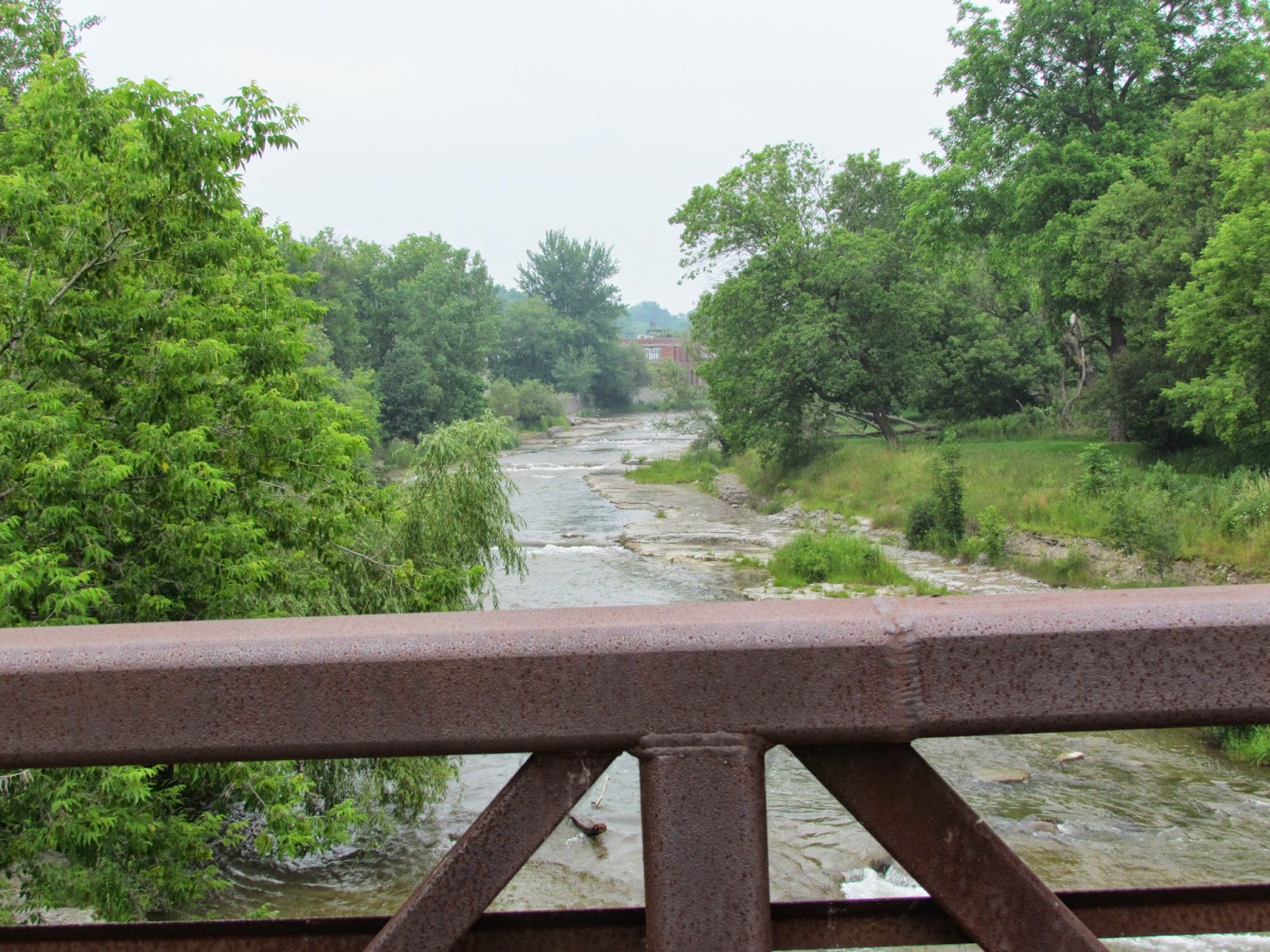 I love getting lost. Whether on foot, or driving, I enjoy striking out to see what I can see. Usually I find something, a key intersection or the location of a landmark (oh, so THAT'S where it is!) which can be filed away to make the wandering less random at another time. But that feeling of being disoriented on purpose is delightful. (That being said, and as a concession to my dear one who HATES being lost, regularly choosing the same route to avoid doing so, I will admit that I usually have a map in my pocket to consult should the need for coffee or a bathroom, or a scheduled meeting arise.) Fortunately, I love maps as much as I love getting lost. 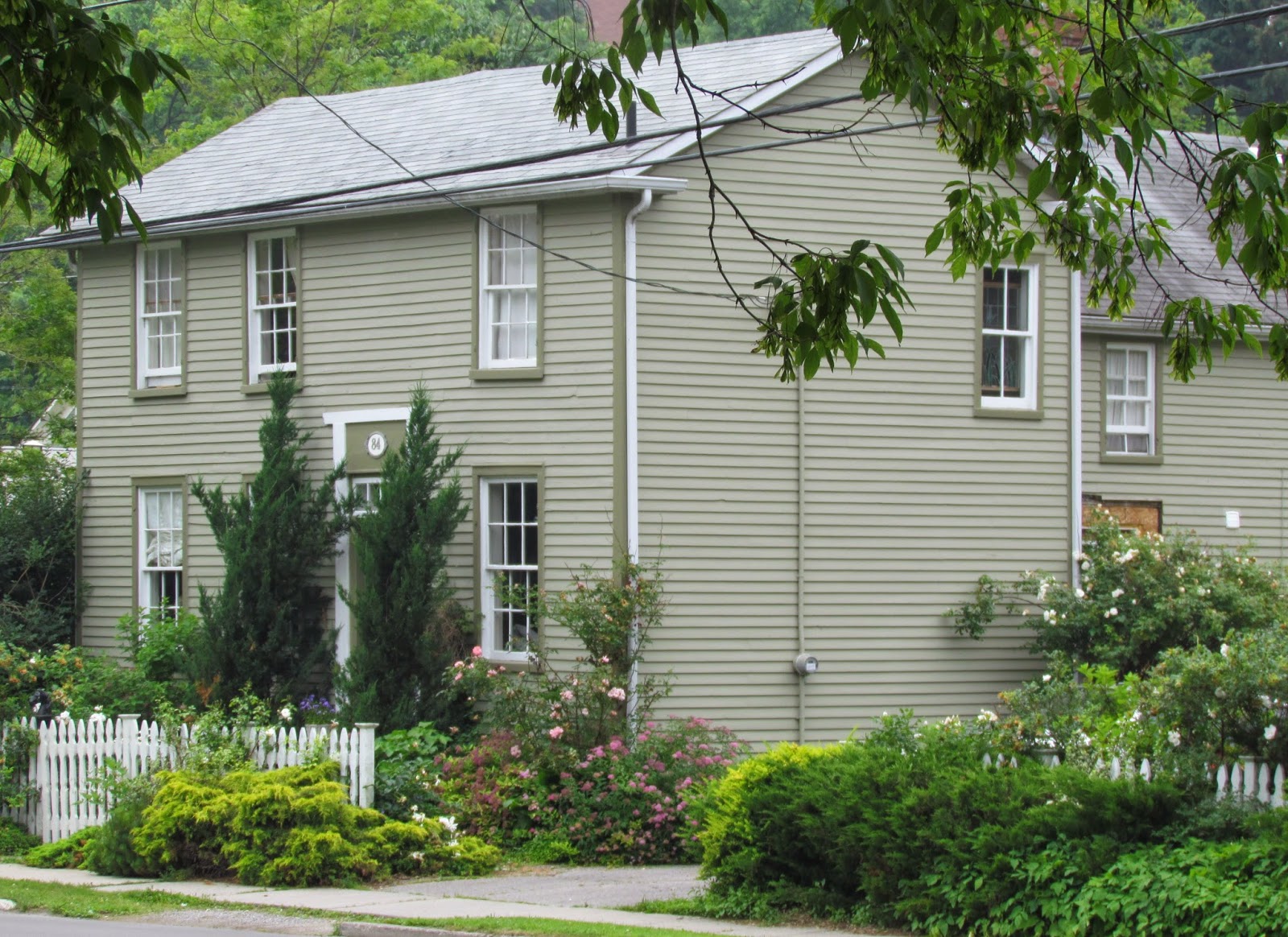 What is she on about? Well this. I just pulled up this handy map of Port Hope, and realized to my amazement that the waterside street I wandered along one recent July, Cavan Street, quite totally and delightedly lost, followed the Ganaraska for some distance on its journey to oblivion in Lake Ontario. I knew this was an early settled neighbourhood, likely industrial and gritty in the day as the power source for early industry, the river, ran through it, and the buildings were small, frame and very close to the street. But until just now I didn't see how it all fit together. 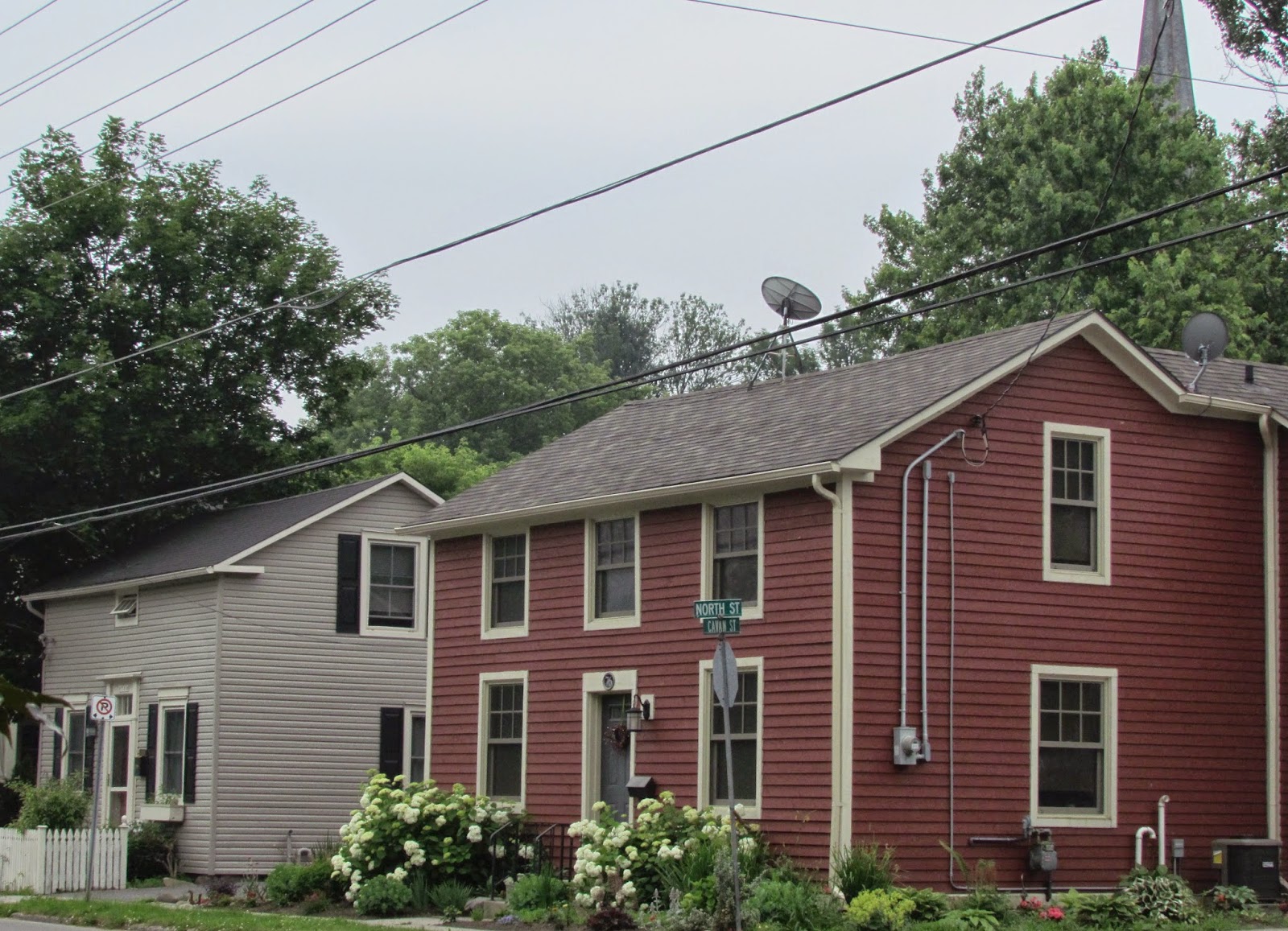 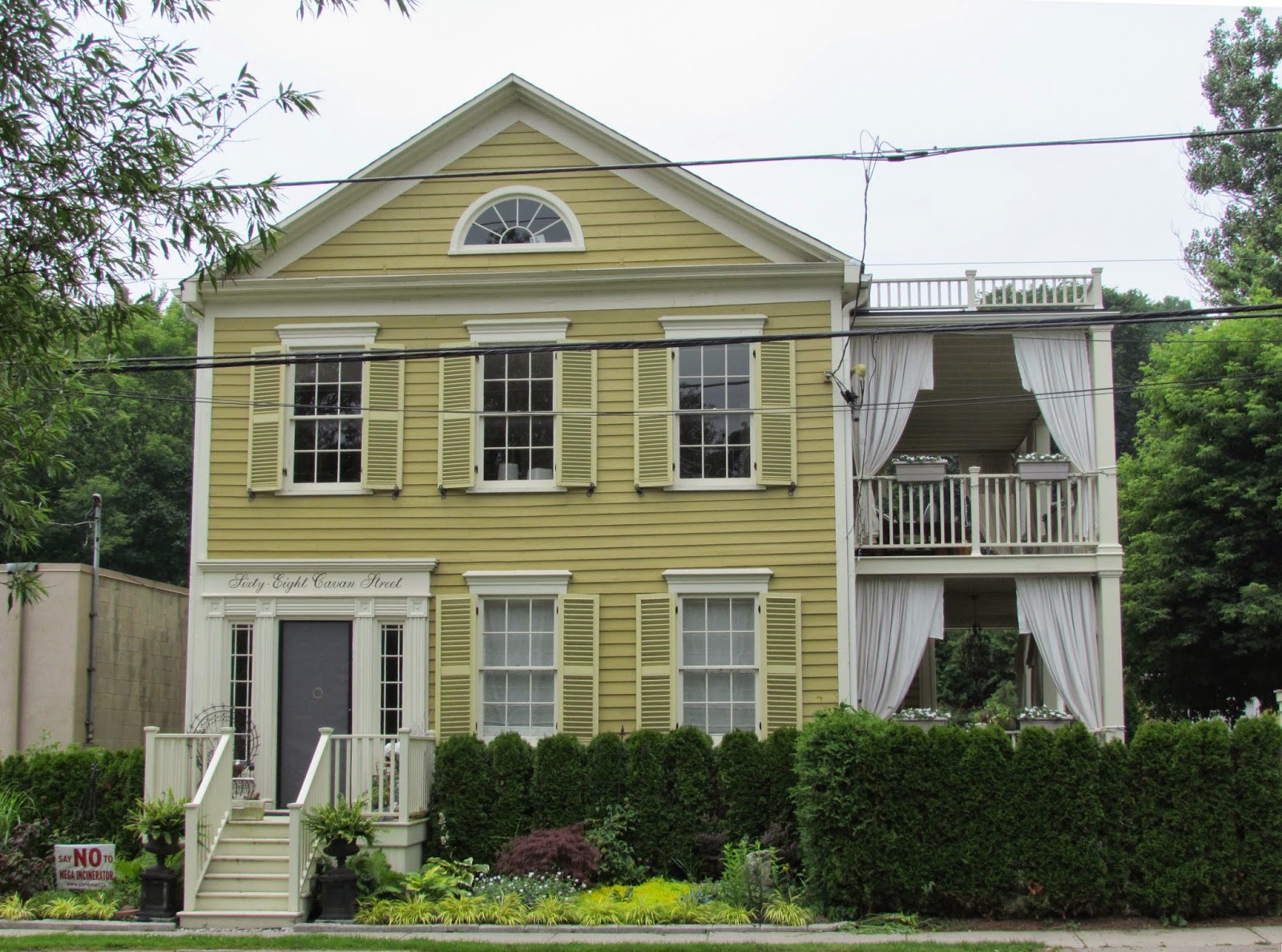 So, I wandered around this block just north of downtown Walton Street. Had I driven further north along Cavan Street, I would have travelled alongside the brushy banks of the Ganaraska up to and under the 401 with its traffic whizzing eastward directly overhead. And had my millpower instincts led me, I would have looked across to the Ganny's east bank, and seen the historic preserved Molson Mill at the top end of Hope Street (above whose rooftop I have hurtled, along the eastbound 401, so many times.) Must investigate the source of that name for the town - likely not another way to say optimistic expectations for the future?

I walked through a pleasant riverside park, recaptured from former industrial use, and crossed a footbridge, to look the river up and down.

To the north were some derelict industrial buildings, and some concrete pads where others had stood. I did some research and think that what I captured in this photo may have been the remnants of the Nicholson File Factory (gone, like most industry in much of our country.) If the red brick structure is the one I'm reading about, it's been a very naughty building indeed, having been discovered sheltering a grow op on two occasions (2012 and 2014). Hope the wise preservationists of Port Hope have helped her turn her back on this dark period of her history.

The Cobourg, Bowmanville and Port Hope Industrial Edition 1907 recounts happier times. The Outram file factory (later Nicholson) dated from 1888*, and lasted until 1976 (phenomenal longevity), manufacturing files and rasps for the wholesale market. In 1985, the property was designated as a heritage site, because of its rich industrial and archeological significance. ACO's Preservation Works program commissioned an architectural review. Fingers crossed we see this industrial heritage preserved. No doubt there's a great collection of historic photos somewhere in this heritage-aware town, which could reanimate the Cavan Street neighbourhood. I've asked permission to show you a photo of the factory in as-was condition, but if you have trouble waiting, here's a link to 'porthopehistory.com.

Other bits and bobs about Port Hope's industrial heritage are emerging. This Historic Places link describes the Chalk Carriage Works, and if you're interested in an in-depth study here's a chapter from *Port Hope Historical Sketches by W. Arnot Craick (1901).
Posted by Ancestral Roofs at 4:26 PM