A couple of years ago, I was pleased to be asked to contribute a chapter to a fascinating book about Prince Edward County, called Wind Water Barley and Wine. The book was the brainchild of well-known local author/publisher Orland French, himself a major contributor. To see sample pages, or puchase a copy, visit Wallbridge Publishing's online store.

WWB&W explores the way the unique geology of that county has influenced the lives of the people who live there. Its chapters cover topics ranging from farming and viniculture, to wildlife, to beaches and lakes. I got the story of early homes (a no-brainer) and created 'From the Ground Up.'

Recently, I asked Orland about the fate of the material I had submitted which had not been included in the book. I felt attached to it. I remember sitting in my little trailer at Presqu'ile Provincial Park that final June week before deadline, where I had retreated to avoid distractions as I checked and double-checked sources, rain chucking down outside. I recall liking what I produced.

One of the sections that didn't make it into the book was a sort of house styles 'guide' - we talked about using that material in a later book. I enjoyed the research, the photo tours, the discipline of writing it.That's good enough for me. I'm an admirer after all, not an authority.

So. I checked with Orland, and he okayed my publishing the left-over material here on the blog. "Just talk to me before you sell it," he said. So, read and enjoy these lovely early PEC homes. Just don't send money.

Shall we start with stone houses? Stone houses are not as common in Prince Edward as in other parts of Ontario. May I suggest Kingston? Perth?

But the county has some darned fine ones, for all that. Of course, the PEC Courthouse (1832), designed and built to express the dignity of the courts and the sophistication and importance of the community, was of the best stone (light coloured Kingston limestone), meticulously dressed. (See WWB&W p.90, 102-4 for more on that.)

Peter Stokes and Tom Cruickshank drew my attention to the homes pictured here, in The Settler's Dream. They stated that these houses displayed the same degree of craftsmanship as the Court House. Regularly coursed squared stone masonry demanded the best craftsmen.

The William Vader home on Big Island, is built of precisely cut pick-faced stone blocks, with smooth ashlar accents, and deeply v-jointed quoins at the corners. And then there's that stone wall, the curious gable/hip roof-line (barely visible on the left), the wide front gable and door-case, the askew chimneys. And the drystone wall. And the north-facing shore. A gorgeous spot.


I've always loved the fashionable one and a half storey cottage built by Philip Roblin Jr. at Green Point. It features four French doors along the facade, ashlar quoins and lintels. It's been exquisitely restored and sympathetically enlarged. A beautiful location atop the bluff, with so much history. Look over that edge down to the water - think mills.

Or then, the 1840's Lazier home in Sophiasburgh, with its uncommon Palladian dormer, flush-boarded, with pilasters and eaves returns. Would be worth the journey to see that dormer alone! The other three sides contain the rare and intriguing chimney dormers  - here's a link to a Fish Lake brick house with the same unique dormer/chimney form, that I visited some time ago. Then there's the deep cornice, chinoiserie sidelights and transom, ashlar lintels....Sigh. 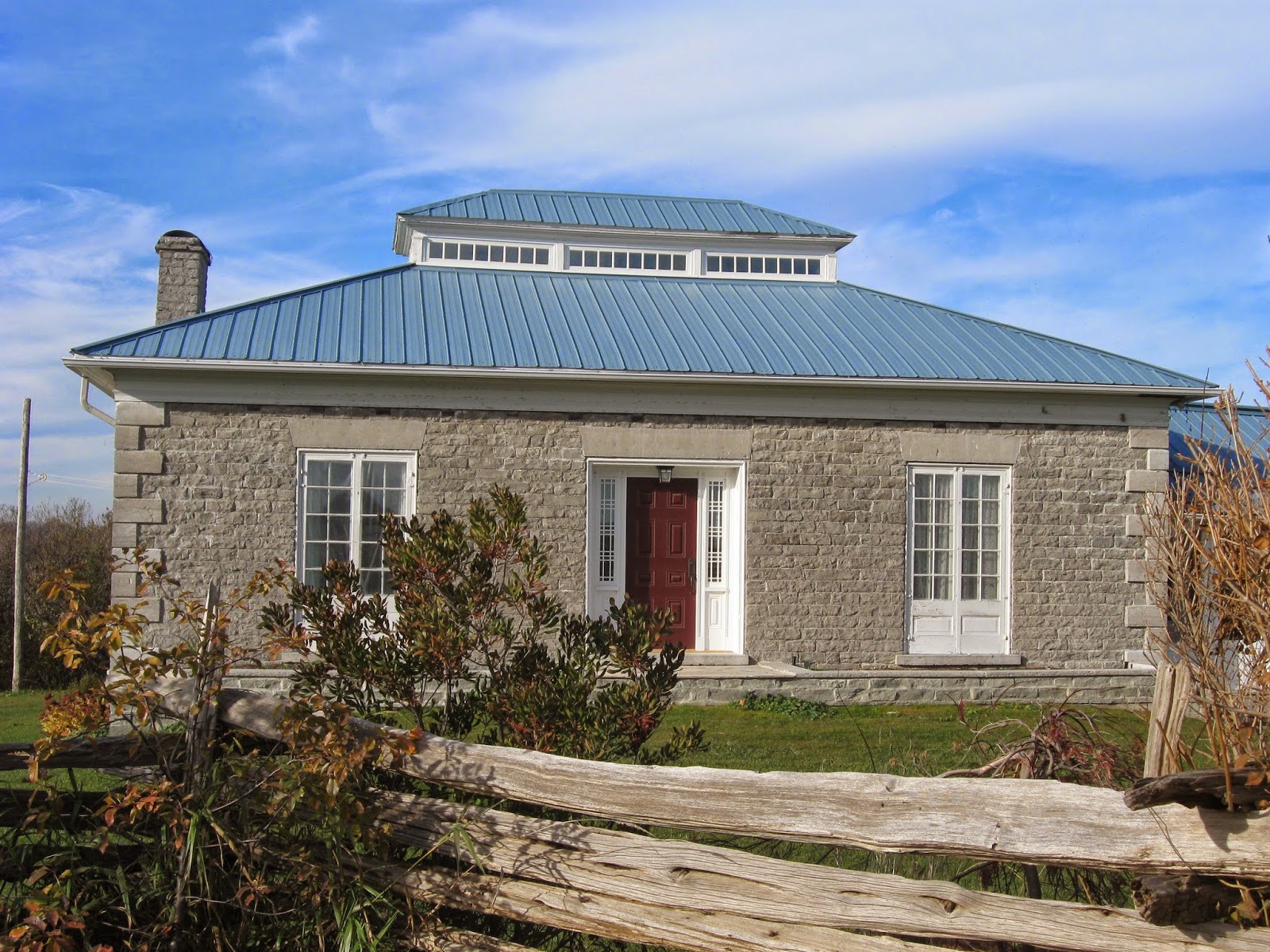 Cornelius Clapp built this hip-roofed single storey stone cottage with the impressive roof-top monitor in Hillier in about 1841. The doorcase and the French doors are so delicious. And the ashlar quoins and splayed lintels! What a beauty, and so wonderfully restored and maintained. 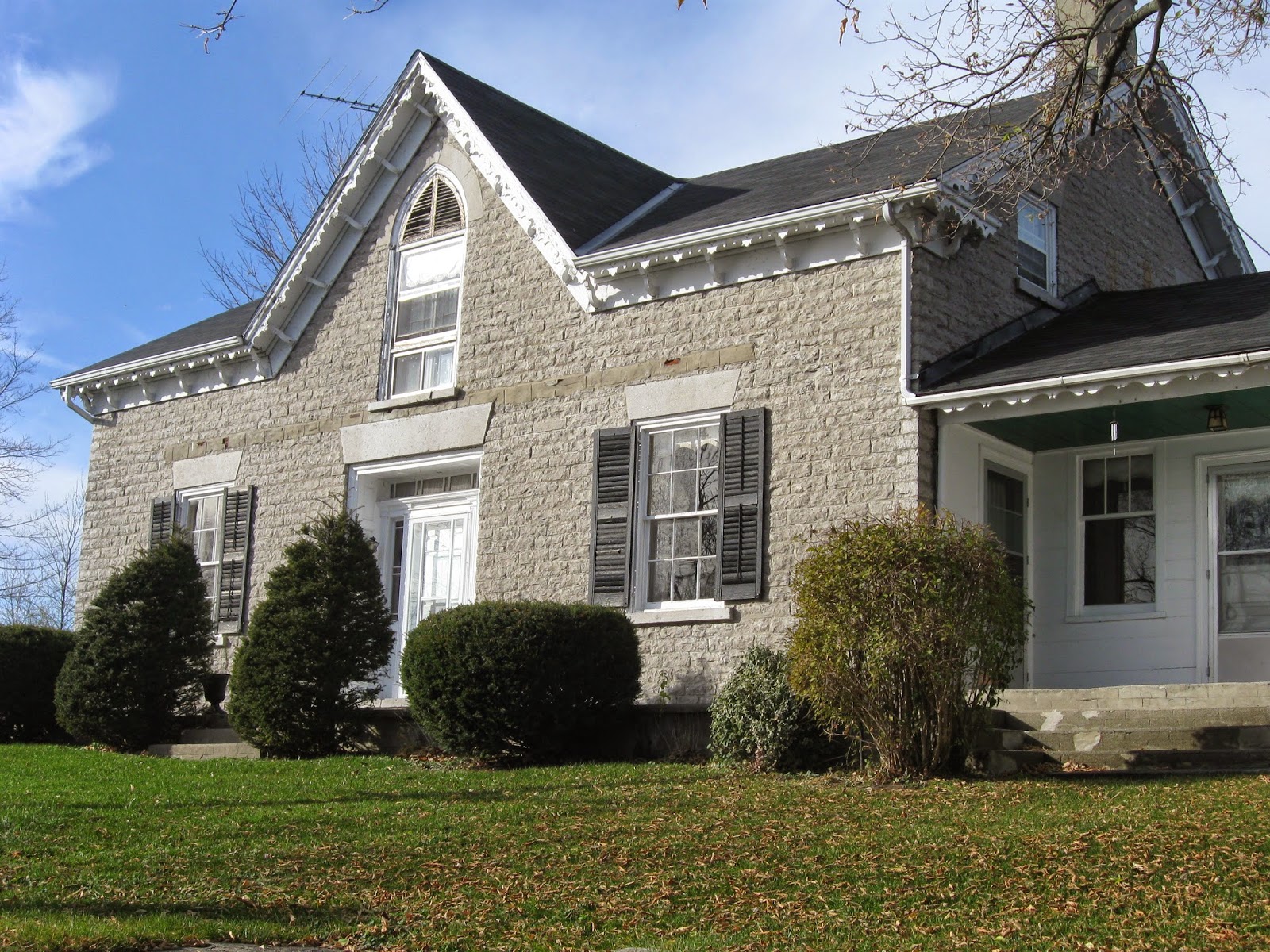 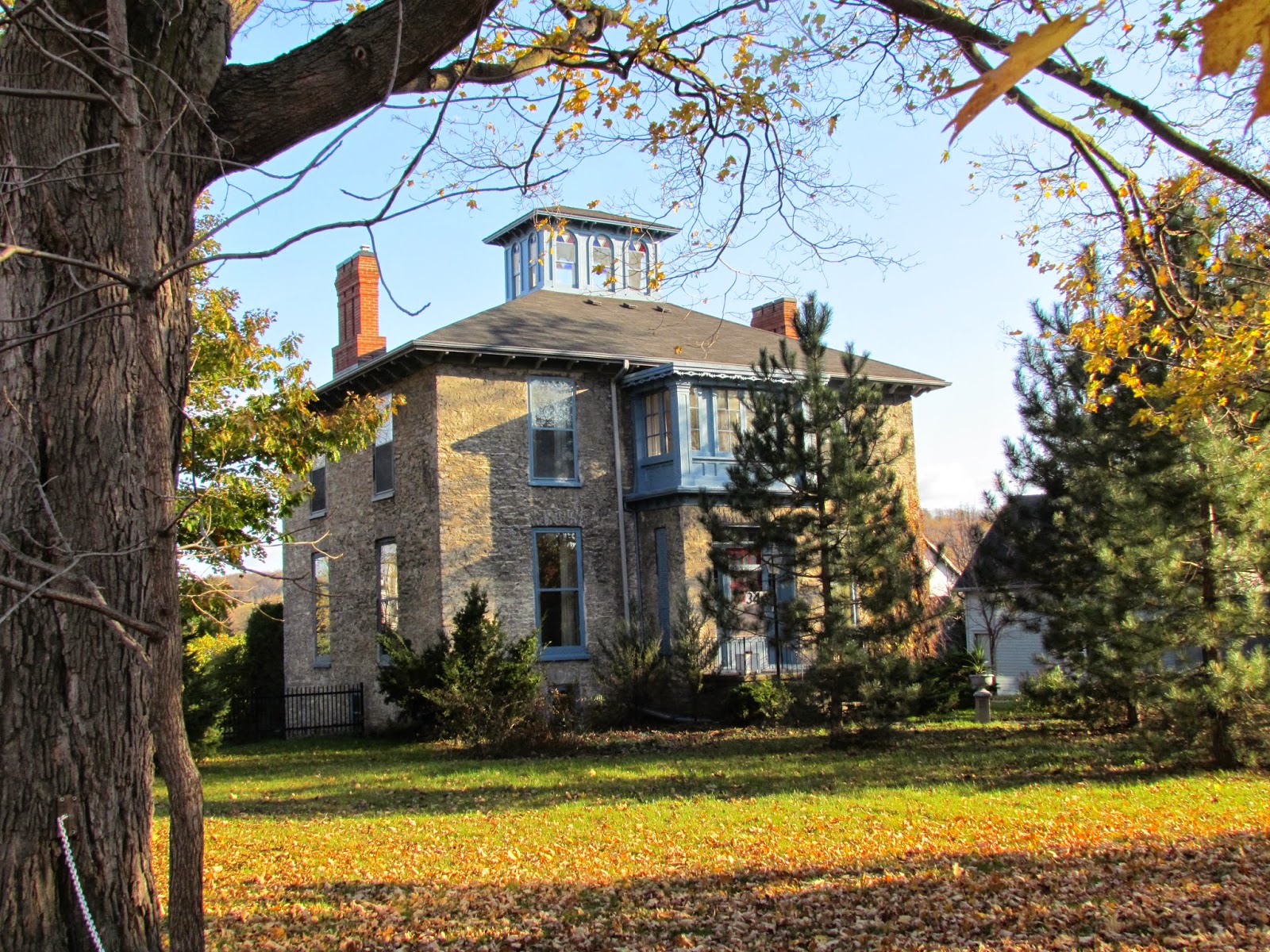 At tour's end, on our return to Picton for tea at Miss Lily's Cafe, we might drive past the last best stone house, the large c.1859 residence of merchant Elisha Sills, with its imposing size and rooftop lantern. It set the tone for the town's future affluent East Main Street neighbourhood.
Posted by Ancestral Roofs at 5:06 PM