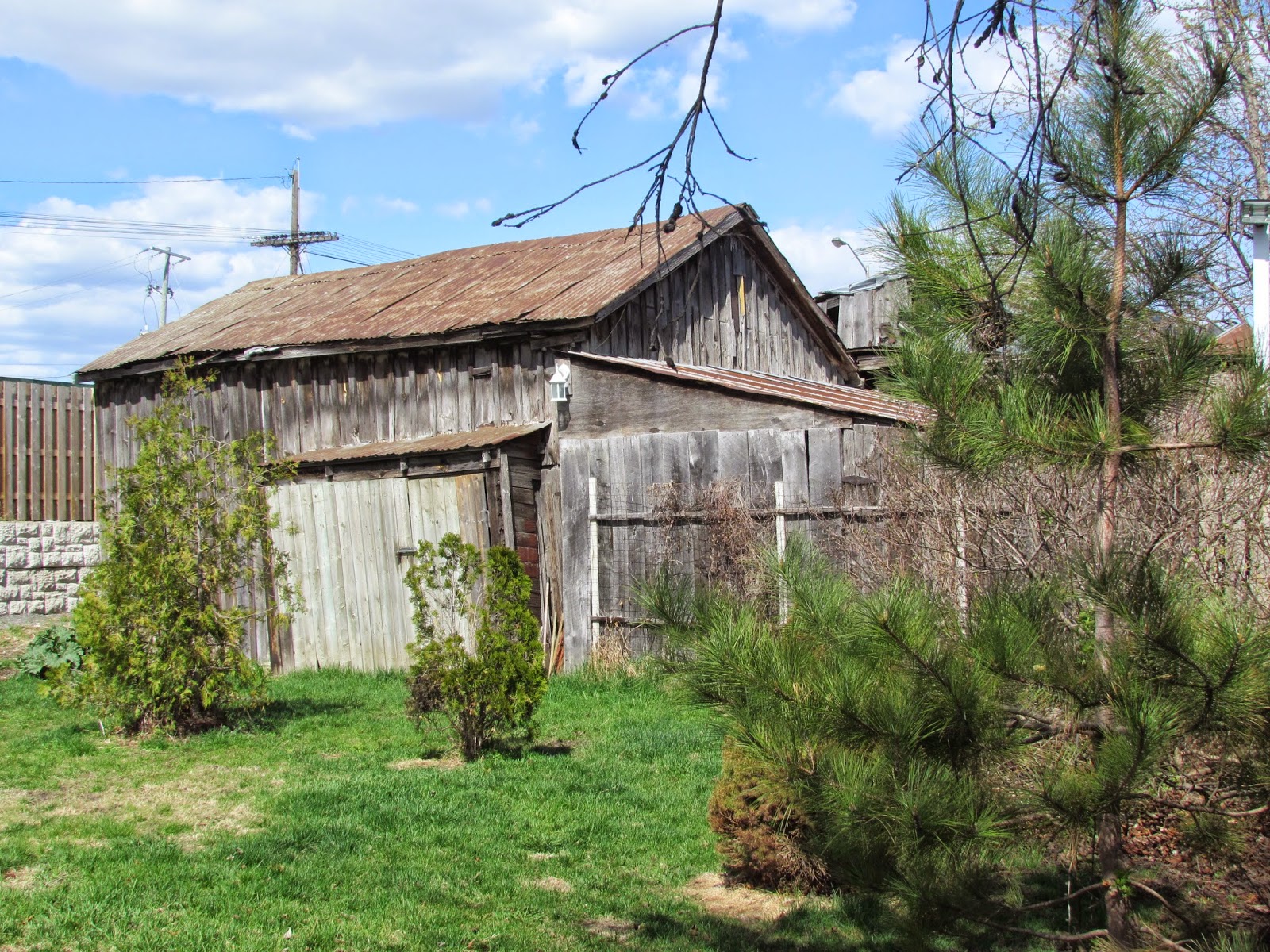 I love old utilitarian buildings. Weathered barn-board. Rusting steel roofs. Collapsing wood ones. That fusing of resplendent weeds and deteriorating lumber. Not very useful of course, and unlikely, given their status, that they are long for this world. 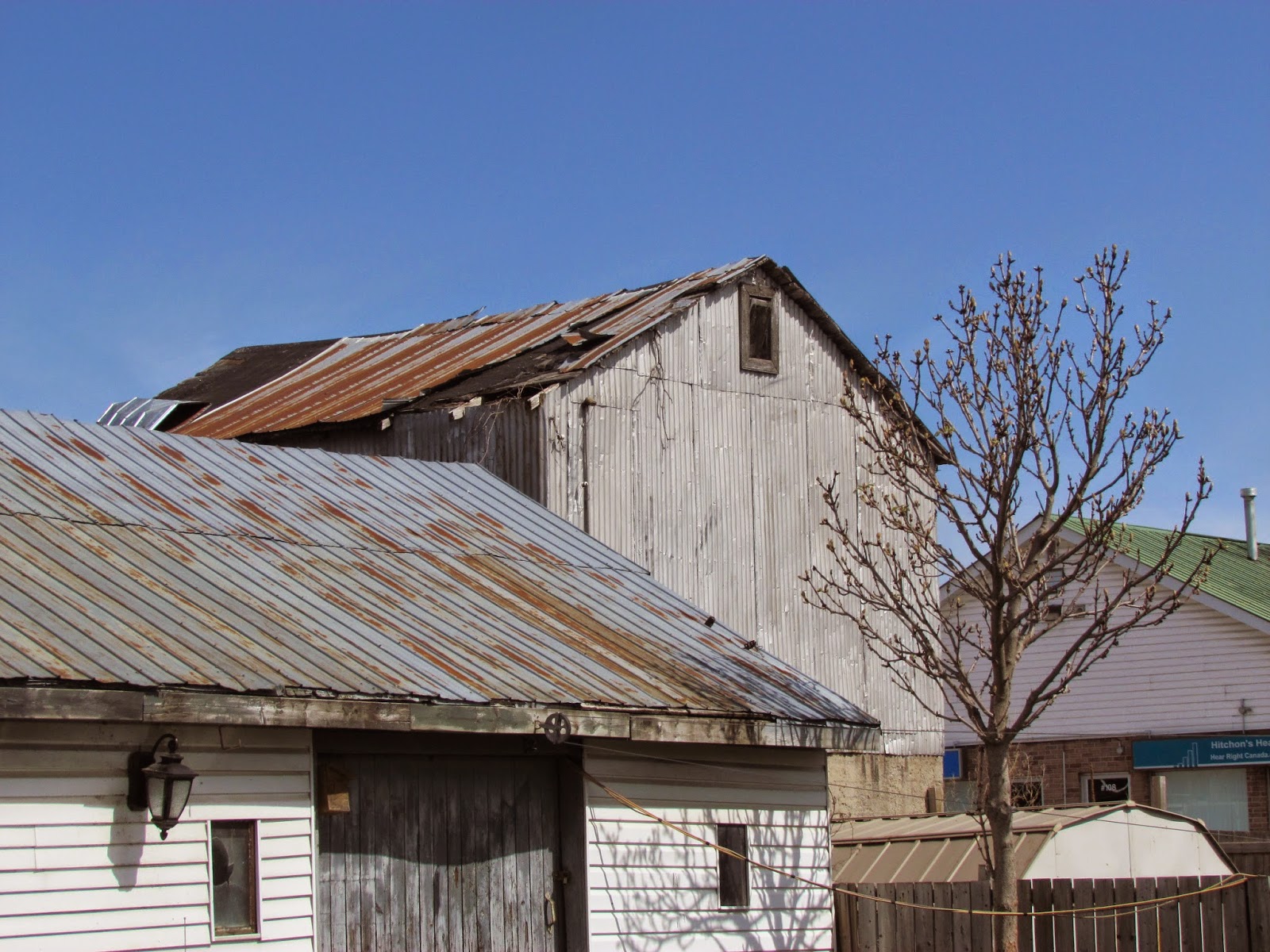 Just recently, Orland French sent me on a wild goose chase. He knows my fondness for old buildings and history, so he drew my attention to some photos he'd posted on Facebook, of a pair of workmanlike buildings "on South Pinnacle Street."  So I parked along the street south of the tracks (the most interesting things happen on the other side) and identified a tumbledown grouping of weathered wood buildings running through the block between Pinnacle and Front. A Trudge along the tracks over to the Front Street side suggested a better camera angle, so I got myself there and began snapping through a gap in the wire fence. 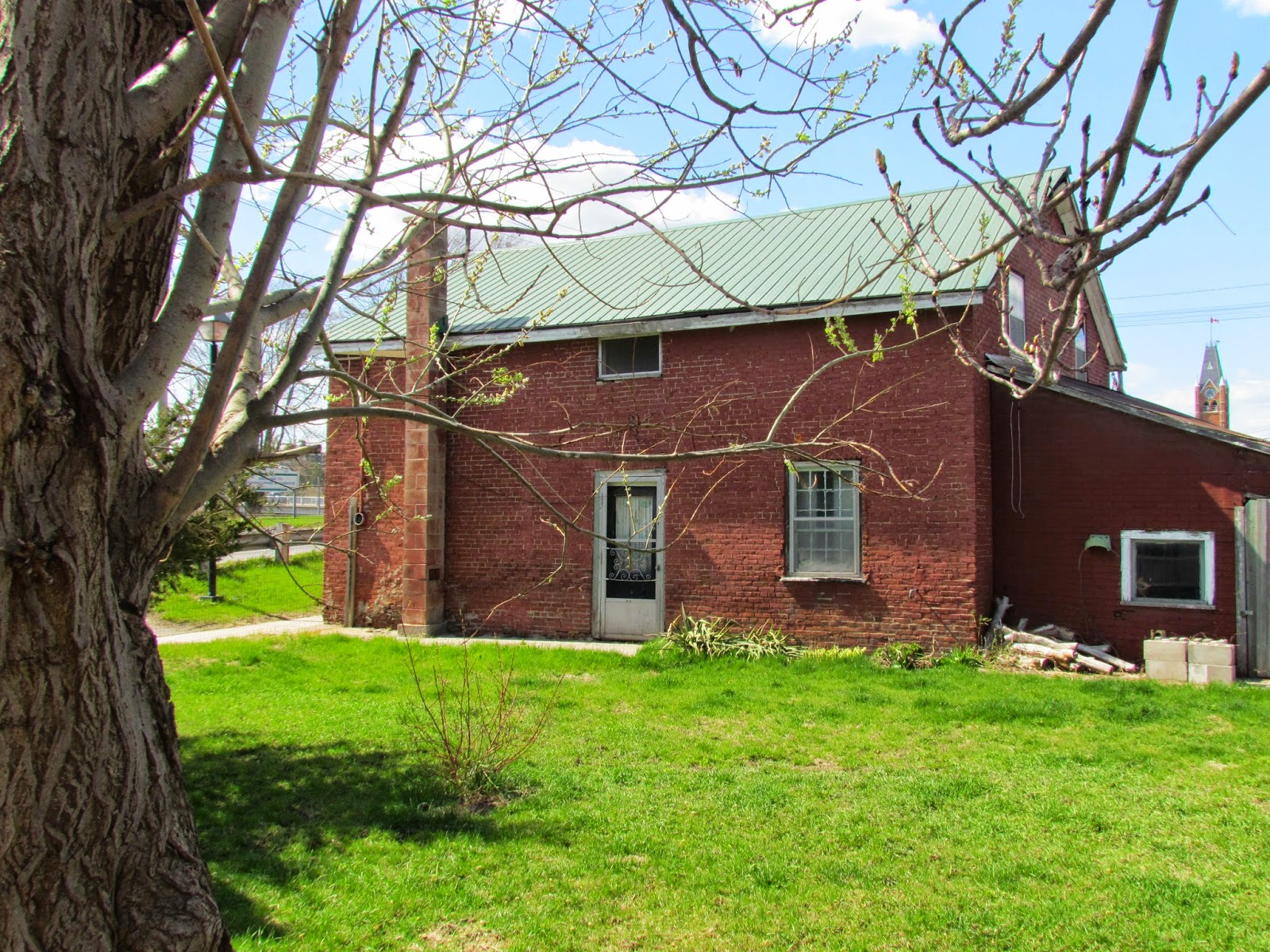 Just then a thick Scottish brogue announced the somewhat unsettling arrival of William Todhunter, B.B., on the scene. (B.B.? I squeaked. Big Bastard, he announced, the name he'd acquired from miscreants, as Military Provost in an earlier life.) A few minutes of banter followed during which he pulled my leg unmercifully about expecting payment for the photos, his being Lithuanian, acquiring his long arms from carrying heavy pails on the farm, why I foolishly look for old buildings on the wrong side of the pond, and dozens of other subjects. 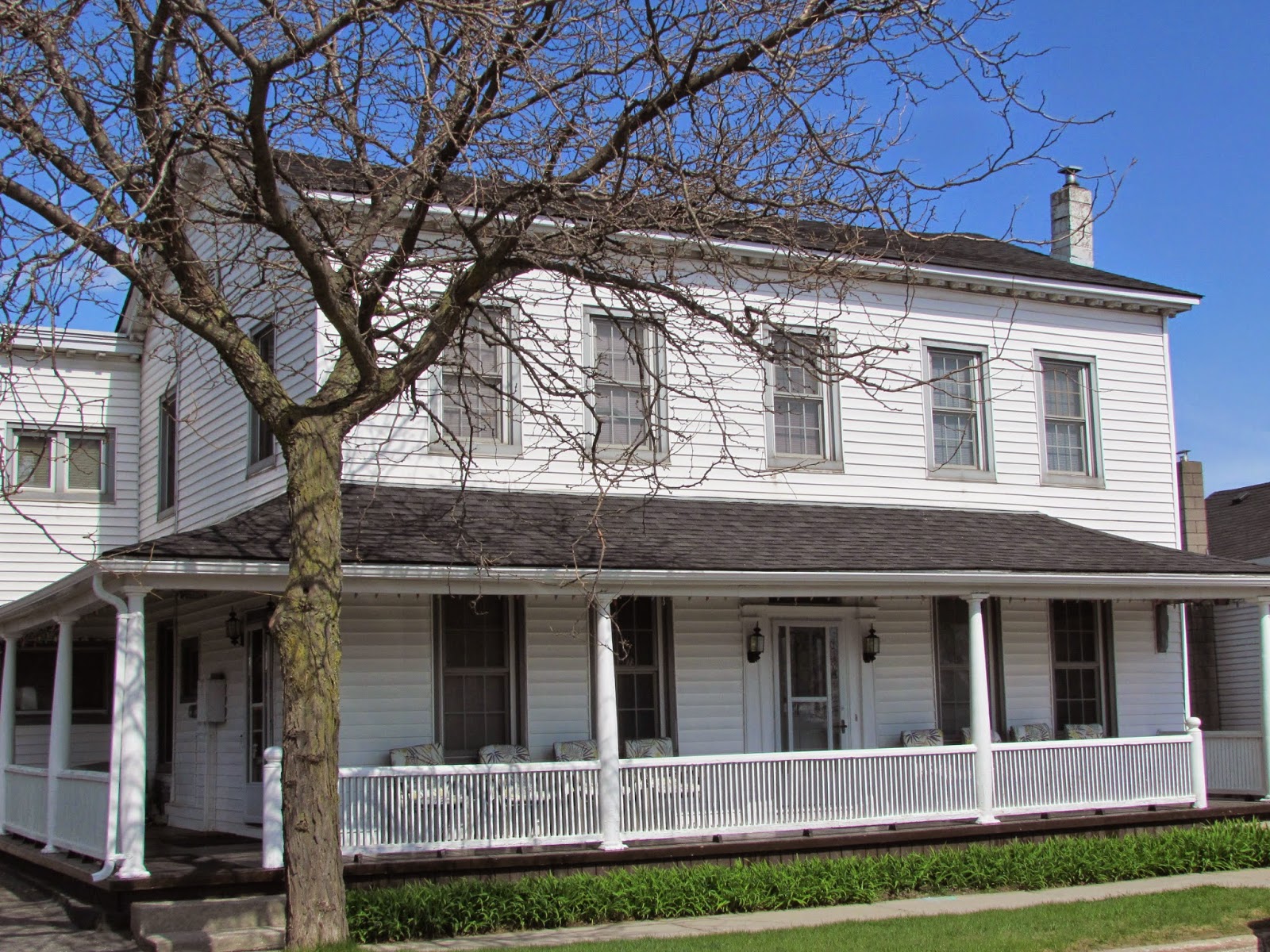 As our conversation progressed, I got to tour the enclave of old buildings (coal shed and stable, if you're interested,) the garden plot, the brick house next door. I met his grand-daughter, met the feral cats he feeds, who come when he calls, and admired original features of the house, built in 1817. The visit ended with us sitting on the front verandah in the stiff breeze, taking a page by page tour of photos of Scottish castle ruins ("that Damned Cromwell was responsible for that!") visited by his son on honeymoon. 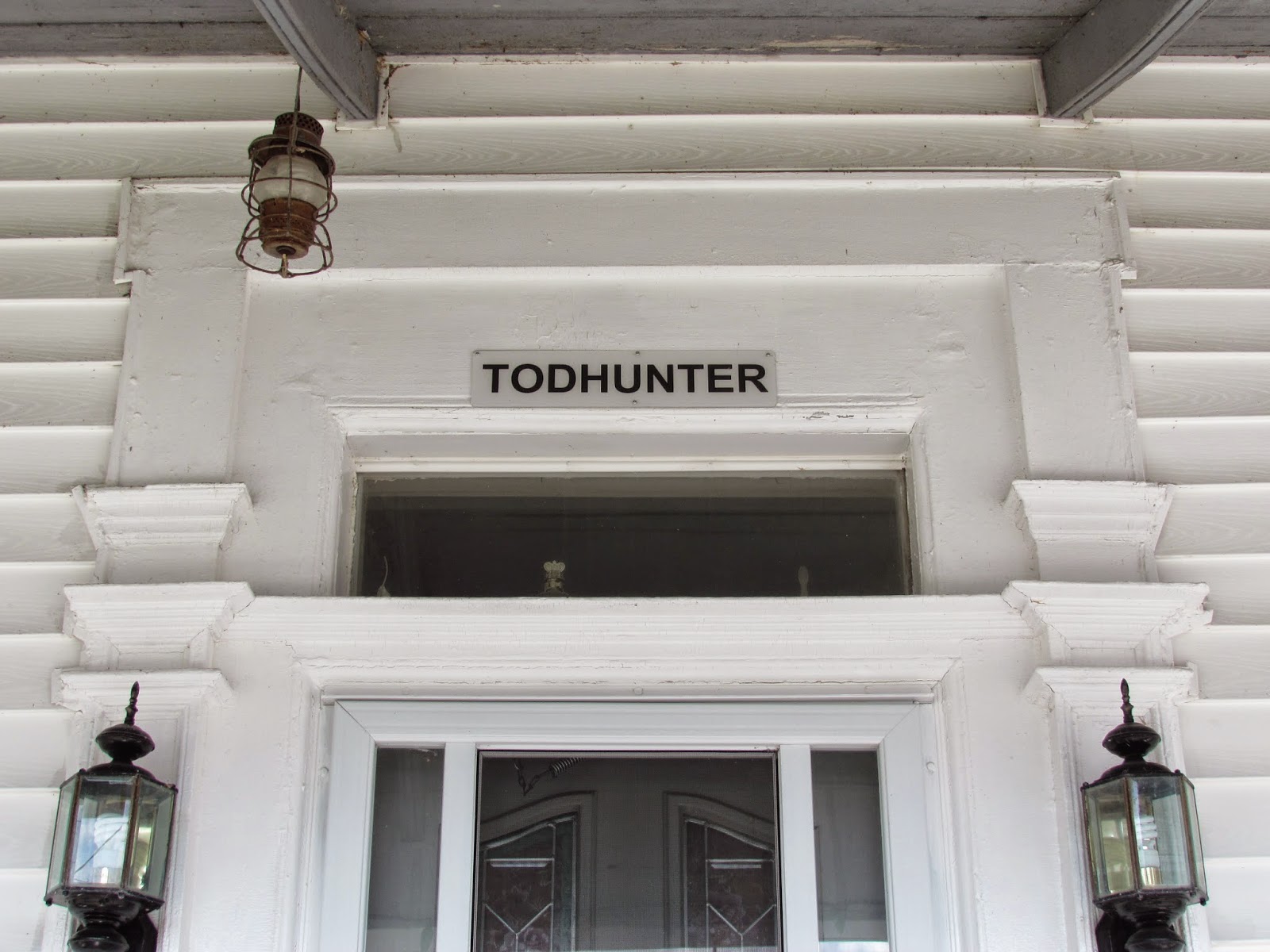 So thanks Orland. I may not have found your buildings that day, but I did find a new friend. Next time I cycle by, I shall be sure to stop by to pass the time of day with William Todhunter, B.B.


Posted by Ancestral Roofs at 4:22 PM