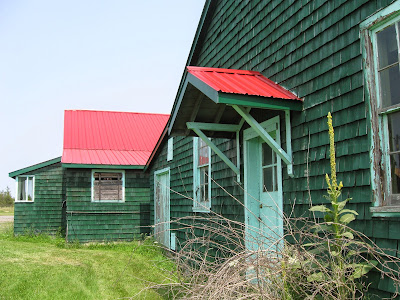 Two things popped up on Facebook lately, which have a connection to each other, and to the incredible collection of WWII buildings at the former Camp Picton, now called Loch Sloy Developments. It's a place I have special fondness for.

Then there was the astonishing Facebook post this morning, about a 92 year old former Air Transport Auxiliary veteran who had a chance to relive her wartime experiences and fly a Spitfire. Made me think of Camp Picton's role in the Commonwealth Air Training Plan during WWII.

I did a post back in January 19 titled Camp Life, about Camp Picton and Loch Sloy. 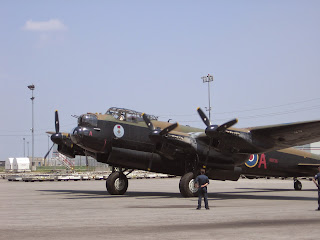 And there's one more piece of miscellaneous wartime aircraft news. Don't know why I have a special interest, as a generally pacifist type, in military aircraft. I guess it's the history, the romantic appeal of the flyer, the desperate days of the war that made everyone a hero. Or maybe it's Den's post war stories about the abandoned aerodromes in Lincoln.Dunno.

Do know that when a couple I interviewed recently told me about Elinor Florence's blog Wartime Wednesdays, I was in. The story that hooked me was the author's account of living in a surplussed DND prairie aerodrome building, as a child. Here's yet another link, to her post. 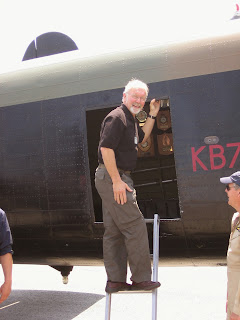 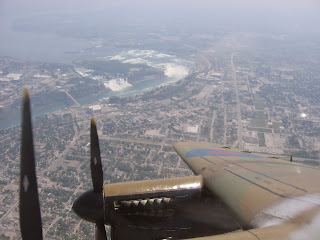 The photos of the Lancaster were taken at Hamilton's Warplane Heritage Museum a few years ago, when Denis realized a childhood dream and took a flight on a Lancaster Bomber. Here's a neat account of the museum's Lanc story.

It's a terrific spot to get up close and personal with military aircraft. As is Trenton's RCAF Museum.
Posted by Ancestral Roofs at 3:50 PM