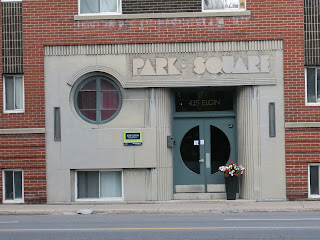 Back in 2015, I shared photos of some of my favourite apartment buildings, of another era, in the post The Apartment. The above link, and a key, will get you into the building. 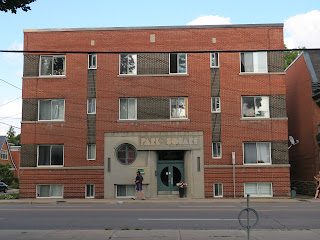 At the time, I didn't have a photo of the 1937 Park Square on Elgin Street, Ottawa. Self-confessed history nerd Chris Ryan gave me permission to use an image from his sensational blog the Margins of History. I notice that Chris has a number of other posts about Ottawa apartment blocks that we would all enjoy. (Well of course I can speak for you. If you're reading this...) 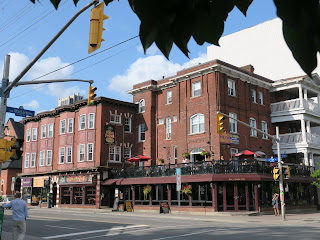 I started my apartment hunting at The Fox and Feather, a good neighbourhood pub at the corner of Elgin and Maclaren. I was in great need of the ice water the server brought instantly (a bit of the first responder in her) after a forced march (that parking meter thing) up Elgin, over Wellington, and back along Sparks Street, snapping the while.

Here's a Streetview link, if you want to start the tour with a tummy full of portobello mushroom sandwich and Beau's, as I did. The second floor outdoor deck gave me a chance to watch my old street from a new perspective. 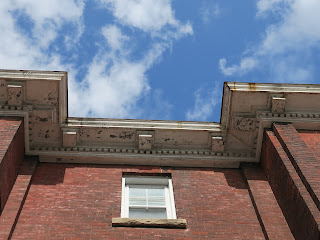 The entrance to the apartments is from the Maclaren Street side, up steps vying with the Parthenon for impact, a classically accurate portico rising up the next three storeys. 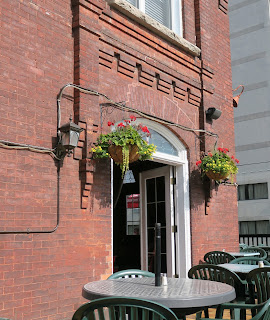 Some architectural finery. Well what else to do during a solo lunch, armed only with a great camera and a fine walking tour guide?


Thanks to the gift of time in downtown Ottawa recently (and the discovery of an affordable spot to leave Blanche, in my old neighbourhood) I was able to wander many familiar blocks, and to visit Park Square for myself.

Andrew Waldron (Exploring the Capital, 2017) remarks that the Elgin Street apartment buildings are "a history of the apartment block, from walk-up to skyscraper." This form of housing evolved from shabby tenement to the up-market and desirable garden apartment during the second decade of the last century. And these fine buildings (at least from the exterior, not sure what secrets might dwell behind their classy names) still have cachet. 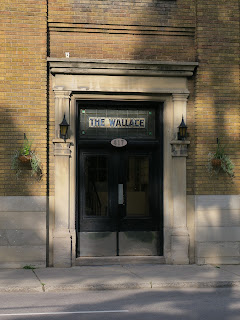 Sadly, over the years Elgin Street has become a loud and dusty traffic artery, a reality that even the luscious park around the (now) Museum of Natural History cannot entirely mitigate. But there is such street life, that one could ignore all that, surely.

My friend Ronnie once lived in the Kenniston Apartments, around the corner from the railway house I inhabited on Frank Street (which has become a inn, I noticed.) The forecourt which I remember as park-like, is now crammed with cafe culture. Can't think I'd enjoy living above it.

I walked Elgin from the Queensway all the way to Wellington Street downtown, enjoying my old route and familiar neighbourhood in a totally different way. A fine, if hot and exhausting, day.

Early apartment culture in Ottawa has attracted a lot of comment. Here's a link to a Robert Smythe article in a local paper, from last year. It contains some of the promotional copy for the (then) new apartments. Lots more gems like this: "Of truly imposing  appearance and possessing the latest and most improved fitments for home comfort..." (Ottawa Journal, September 8, 1928, as quoted in Smythe's article.)
Posted by Ancestral Roofs at 12:27 PM