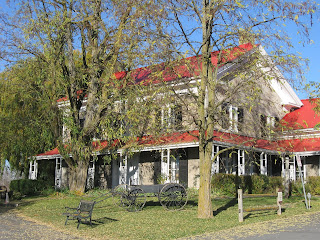 It needs to be said, and  a worthy project in New York State, the Cobblestone Info Base,  is finally about to clear up the confusion.

The assertion: "with the exception of one or two, all cobblestone buildings known to exist in Canada are located in the vicinity of Paris, Ontario", which has long irritated me, pops up occasionally in print. For now, at least, it appears on page endearingly titled Ontario Province Structures at Cobblestonemuseum.org.

There is more to Ontario's cobblestone heritage , than Paris. Of course, we'll always have Paris.

But we'll also have Airport Parkway and Roblin Road and Harrington Road, and a goodly number of other Hastings County spots. 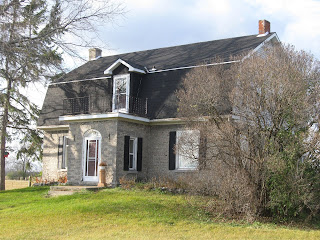 Oddly, the next link down the museum's page connects the reader to a number of photos of Belleville area homes, all cobblestoned neat as you please, and a few properly identified.

It's curious, but it is reflective of a situation in the process of being rectified. 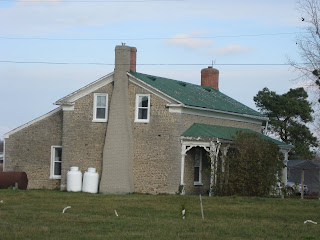 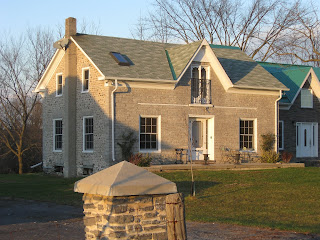 Hastings County is home to around a dozen cobblestone structures, thank you very much, and we are proud of the fact. Take that, Paris.

I've written about this before, many times, in 2015, and back in 2012 and a few other places - the blog is searchable, so if you're a cobblestone fan, feel free to leave the group at this point. 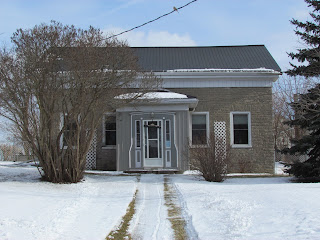 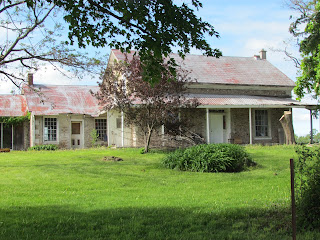 But thanks to a scholarly enterprise by the folks at The Cobblestone Museum, all this is about to be righted.

I received an email on this blog from Gregory Lawrence, based in New York state, who has devoted some 1500 hours of pro-bono work to identify and index almost ten thousand photos of cobblestone structures across the USA and Canada. Recently he's been working through a 1980s collection of 2250 photos willed to the archives of the Landmark Society of Western NY by the late Martin and Sheila Wolfish of Toronto (and I thought I was a cobblestone nut.) Some of their photos are of Hastings County structures. 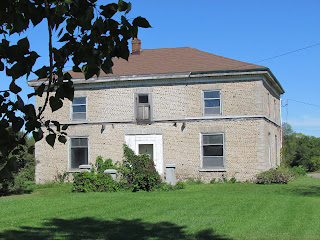 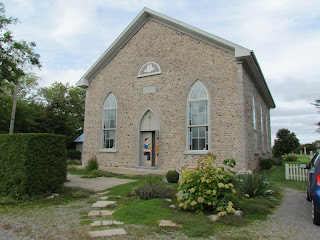 Gregory reached out (love the way blogging connects the like-minded) to ask if I might recognize any of his orphans, and I am delighted to say that all but one was very familiar.

So, what remains is to identify by address and GPS coordinates, of the few cobblestones among this collection which remain unknown to the Cobblestone Info Base project. For now. 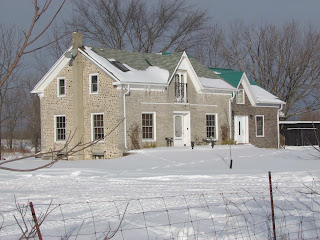 Recognize any or all of these? You may be scratching your head right now, knowing you've seen one of these rare and unique cobblestone homes in your travels around Belleville, and trying to place it.

I'm purposely leaving them unnamed at this point, to underscore the importance, the scale,  (and the frustration) of the work Greg is doing. 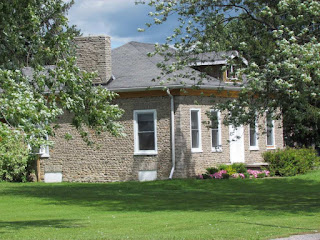 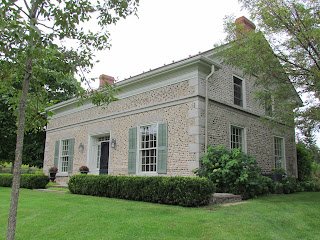 Here's the official description of the project, all partners correctly credited:

"The Cobblestone Info Base is a repository for all known and found information on cobblestone structures in New York State, being created pro-bono on behalf of the Cobblestone Society and Museum, Gaines, NY and the Landmark Society of Western NY by Gregory Lawrence. Some structures in other states and Canada are also included as they become known to us. The Cobblestone Info Base is now in official release status and is beginning testing through the Museum's website as a virtual library. To date about 800 cobblestone structures with about 5000 images are included, each structure having a unique web page. The core of the Info Base contains all of the content of "The Cobblestone Buildings in New York State, a Survey by Robert A. Roudabush 1976-1980" and the "Cobblestone Buildings of North American" a blog by Richard Palmer of Syracuse, NY."

Cool, yes? Proud to be a small part of this. A huge project built on small round stones.
Posted by Ancestral Roofs at 4:48 PM