My guy and  I went on our second annual Hastings County Historical Society bus tour on May 24th (no, those photos weren't taken on this tour!) A delightful day, as always. This year, a tour of ghost towns (and some still standing, but dangerously diminished ) from Belleville north to Cordova Mines, in the area to the west of Highway 62. Guide Bill Hunt (he of rumrunner lore) and organizer Mary-Lynne Morgan made sure it was a memorable day. Grist for this blogger's mill, these days always prove to be. And so...

Cognoscenti of Walt Disney animated films will doubtless rush to correct me for the incorrect spelling of the name in the title above. Stirling Holloway was a Disney legend,  the unforgettable squeaky little voice of the stork in Dumbo (1942), the slightly sinister Cheshire cat in Alice in Wonderland (1951) and goofy little Winnie the Pooh.

That correcting would be fitting somehow, for Halloway, the tiny picturesque historic hamlet off Highway 62 north of Belleville is often called Holloway, in error.

Our comfy coach dwarfed the once busy downtown of Halloway Heights, as we stopped to learn a bit of the village's history.  Our step on guide, John Emerson , grew up in Halloway in the house next door to the Village Store. The village was once on the main road from Belleville to Bancroft, which would have been a slow journey indeed. Not much faster would have been the railway which ran uphill from Foxboro through the village. Today a slight demarcation in the tree canopy on this hill shows where the recreational heritage bike trail now uses the route.

John tells his mother's story of flagging down the train at the unmarked station for her trips to Peterborough for teacher's college. John goes on to recount how he and his wife Carolyn (an interior decorator who also grew up in the village) discovered the store for sale, as they searched for a stone country house.  In 1981 they purchased the down at the heels stone two and a half storey 1855 structure with the unique brick facade (an usual twin resides in Rednersville) and spent the next twenty years creating a comfy and beautiful home. 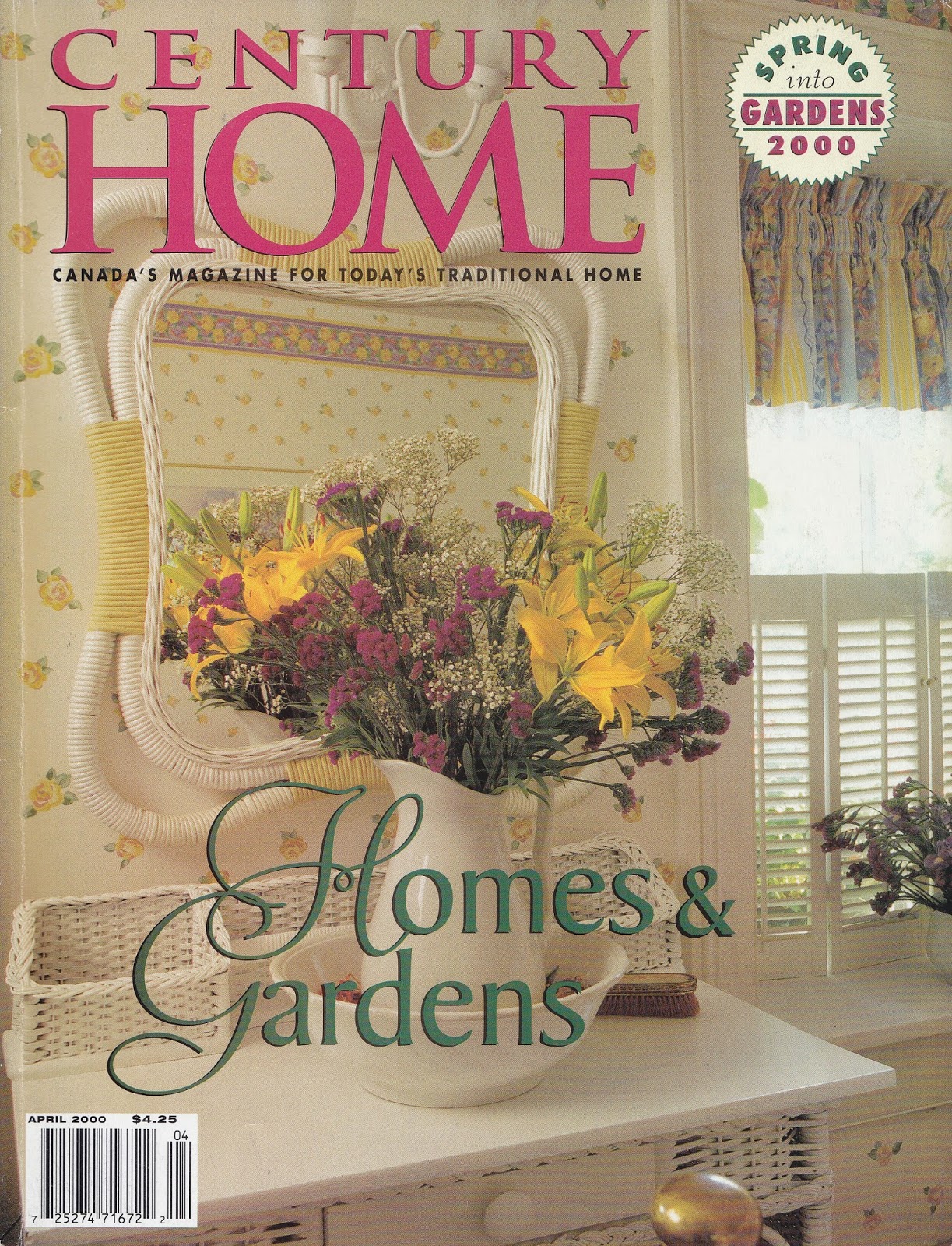 In another of those wonderful coincidences that seem to occur around my serendipitous collection of Century Home magazines is this:  the morning of the tour, I grabbed an issue off my shelf to waste a bit of time between its pages. And the issue I picked up? The April 2000 issue. And the story I flipped to? The cover story 'Change of Pace' which describes John and Carolyn's journey, which continues today.

Nicest thing...John is writing a book about this delightful village's history. He invited us back for a visit and a wander around their wonderful gardens. Carolyn and John "planted every tree, shrub and flower on the property." I for one, plan to drop up to the village to wander a bit more - and more safely than I could do with deep snowbanks lining the twisty streets on our earlier visit.

I'll have a closer look at  the village that was once bustling Halloway. Look for where the pond stood above the former mill, now in ruins, stone harvested to build a lovely home nearby. Find where the 20 houses once stood,  the Methodist and Baptist Churches, the blacksmith shop, cheese factory. Wander this village that was once called Wallbridge, after the man who built the store, house and mill in 1855.

And another nicest thing. My favourite blogger Katherine Sedgwick recently shared her delight at her discovery of Halloway, about the same time as I began this post shortly after May 24! Here's the Meanwhile at the Manse post for your enjoyment!

Now...note to myself. Get back to Halloway Heights, and take some green photos...who wants to see snow?!


Posted by Ancestral Roofs at 8:08 PM