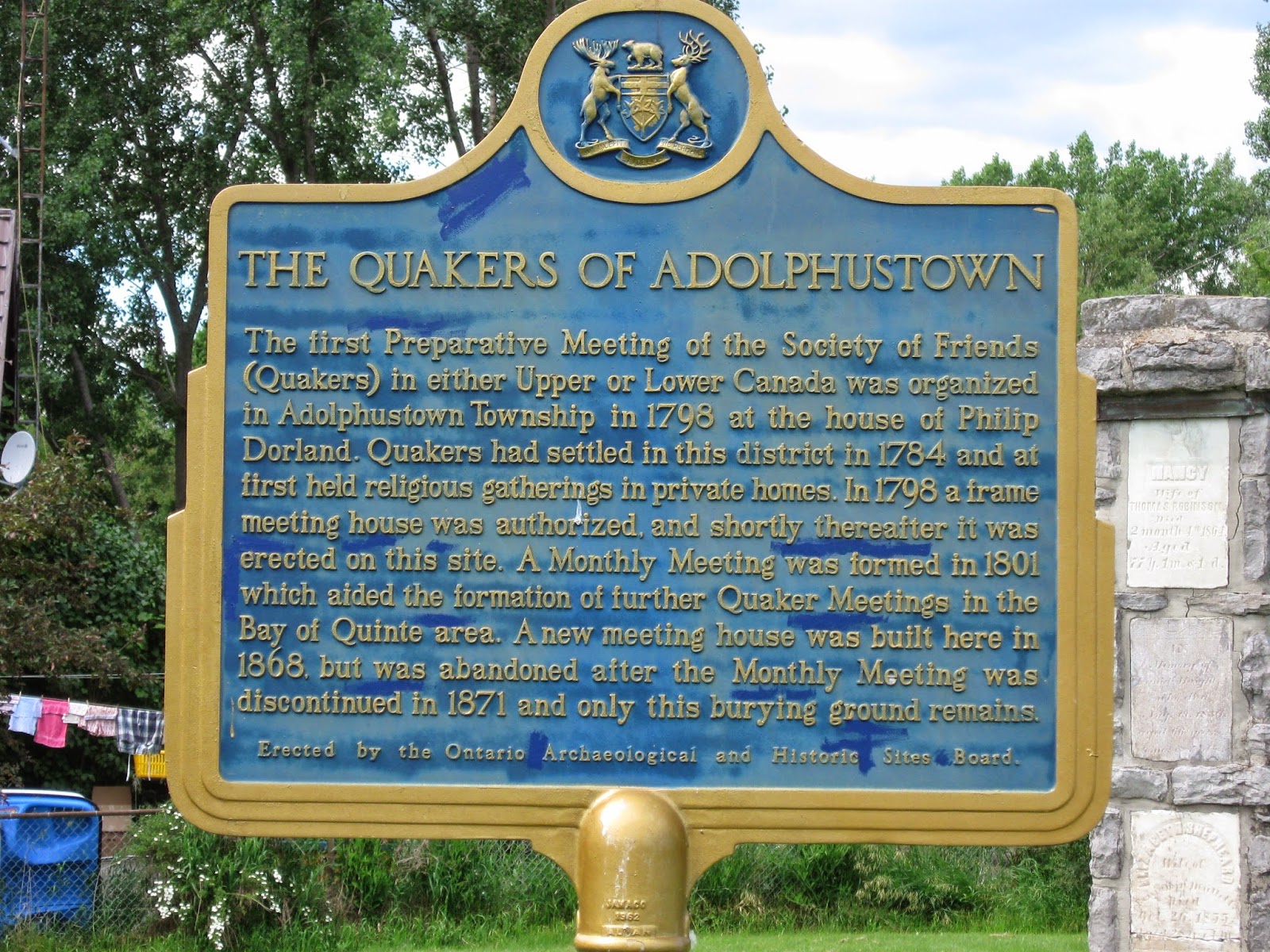 Last Sunday, on my way from one heritage location (St. Alban's UEL Memorial Church) to another (Old Hay Bay Church), I decided to drop by yet another OHT plaqued location, on a cut-off bend in the county road. I turned onto Quaker Hill Road.

Unfortunately, there is no old church to tell this story of past congregations and their early desire to build a church in the wild new township in which they'd arrived to begin again. 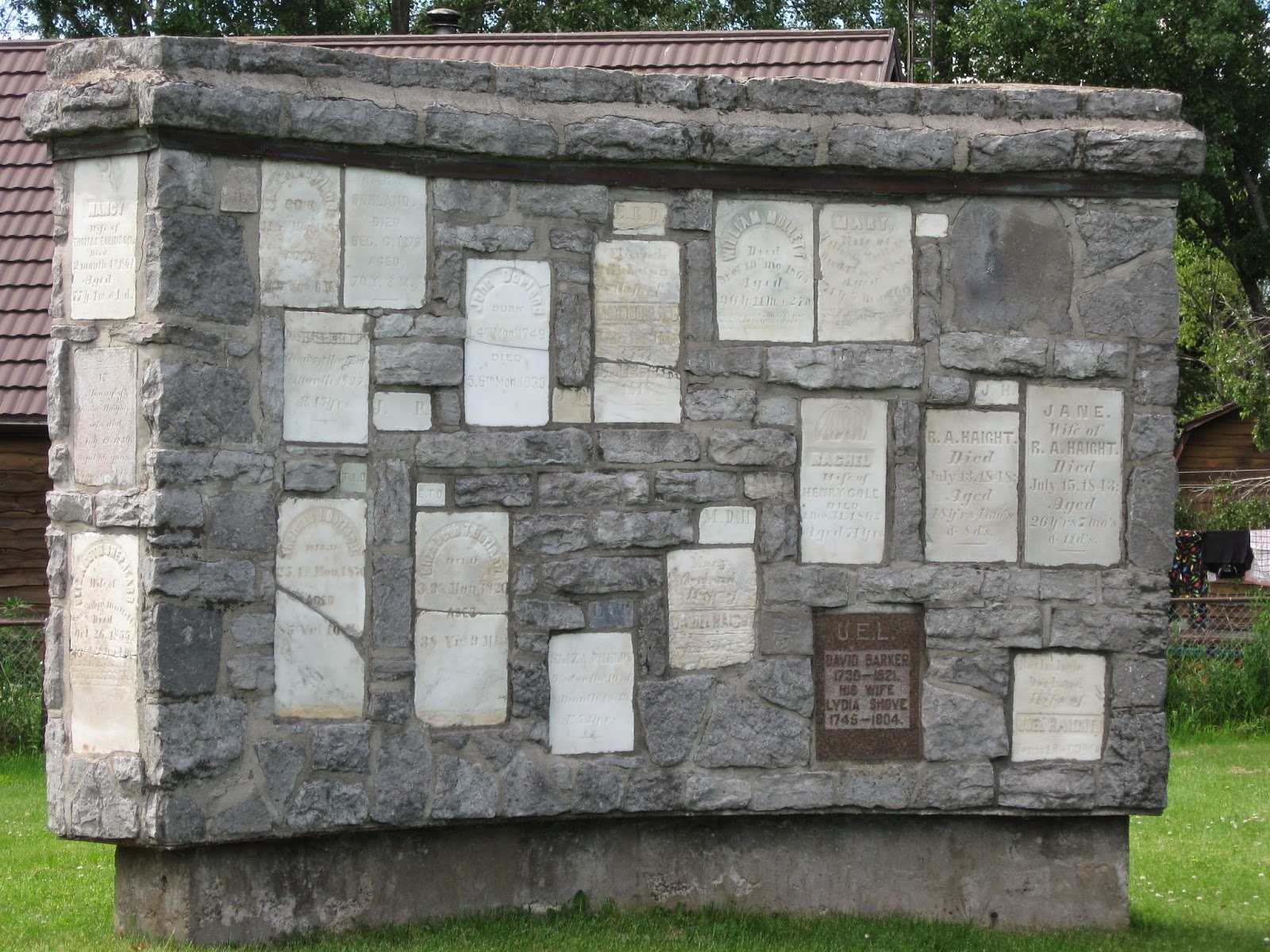 The plaque reads in part: "Quakers had settled in this district in 1784 and at first held religious gatherings in private homes. In 1798 a frame meeting house was authorized and shortly thereafter it was erected on this site."

A second meeting house was built in 1868 but closed in 1871. Only this burial ground, its stones rescued and preserved in a stone wall, stands to tell the story of these pioneer UEL Quakers.


Nearby, laundry flaps on a line. The sign on the gate reminds us not to play in the graveyard.


My maternal ancestors include the Clapp family in Prince Edward County. I have seen them referred to as Quakers in some sources. I wonder who these folks were? 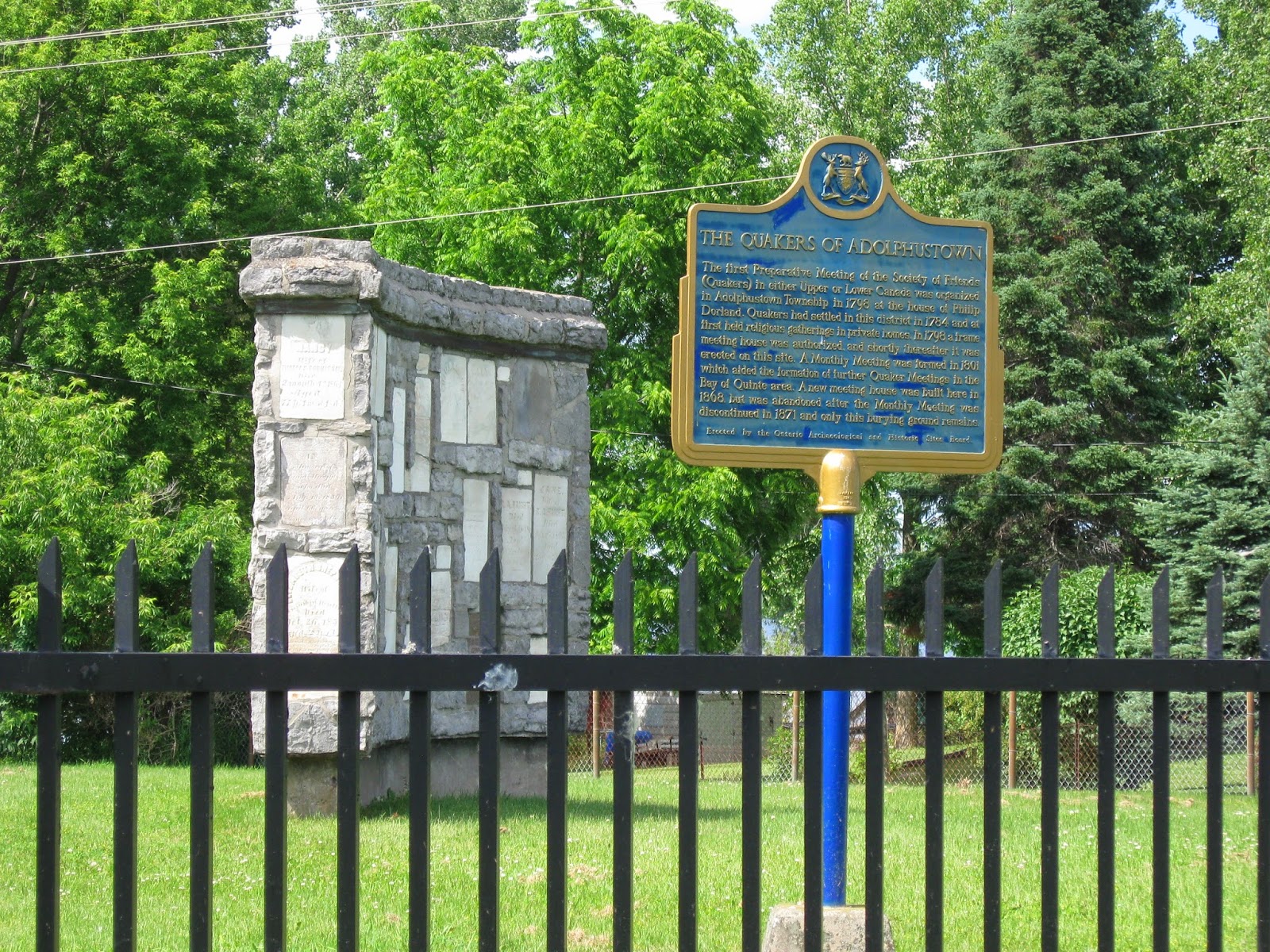 Seems to be the day of my Quaker quest. Not long ago I borrowed Former Days and Quaker Ways (1965) by Arthur Garratt Dorland. Another good PEC Quaker name.

We know many folks arrived in Fourth Town (one of the earliest townships surveyed, after Cataraqui) before moving onward into Prince Edward County and further west, so who knows, maybe a connection? 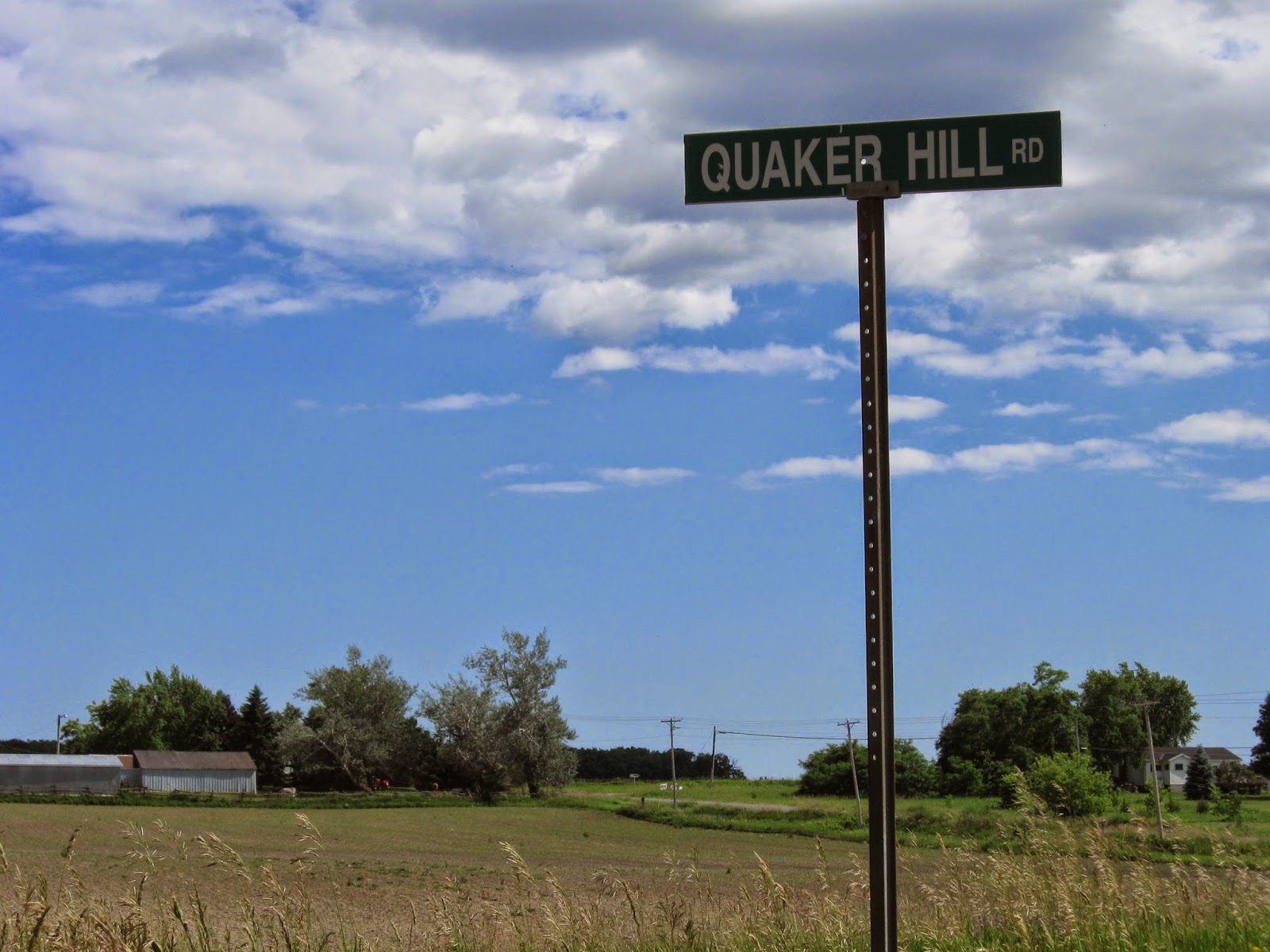 When I was at Old Hay Bay Church, on the recommendation of a woman I sat beside at St. Albans's, I purchased Adolphustown 1784-1984 by Katharine J. Lamont.


That may answer some questions.
Another place to look for resonance.
Time to stop talking and start listening.

Posted by Ancestral Roofs at 12:45 PM