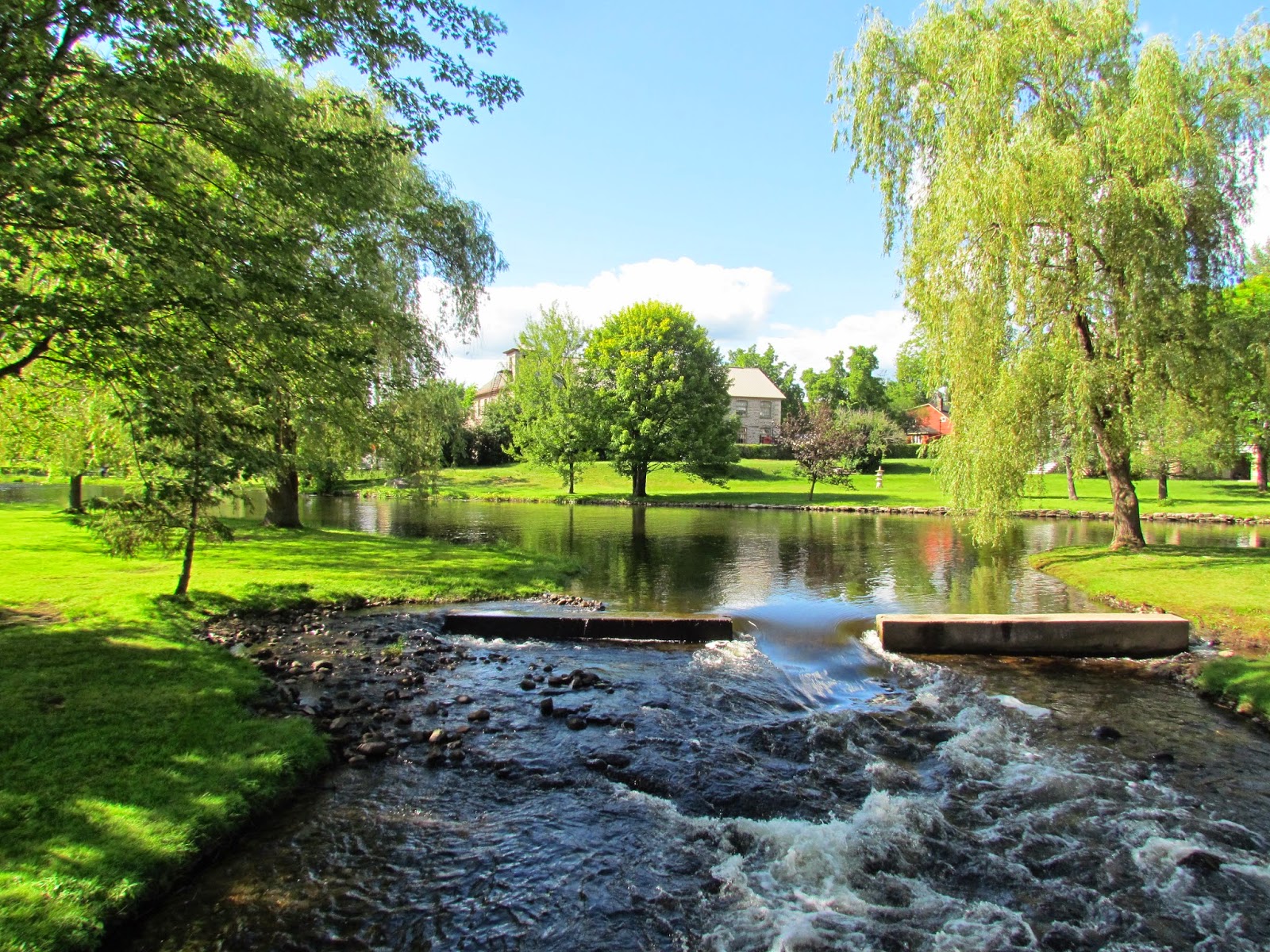 One of the strong messages I took away from our visits to Perth and to the early 1900's Silver Queen mica mine in Murphy's Point PP, is how lovely these industrial sites are today and what a contrast that offers to the reality of their industrial past. The mine, which was a dangerous and dirty open pit in the first decade of the 1900's, surrounded by mountains of broken rock and a landscape denuded of all trees is now upholstered with ferns and mosses, a young forest taking over the meadows around it. 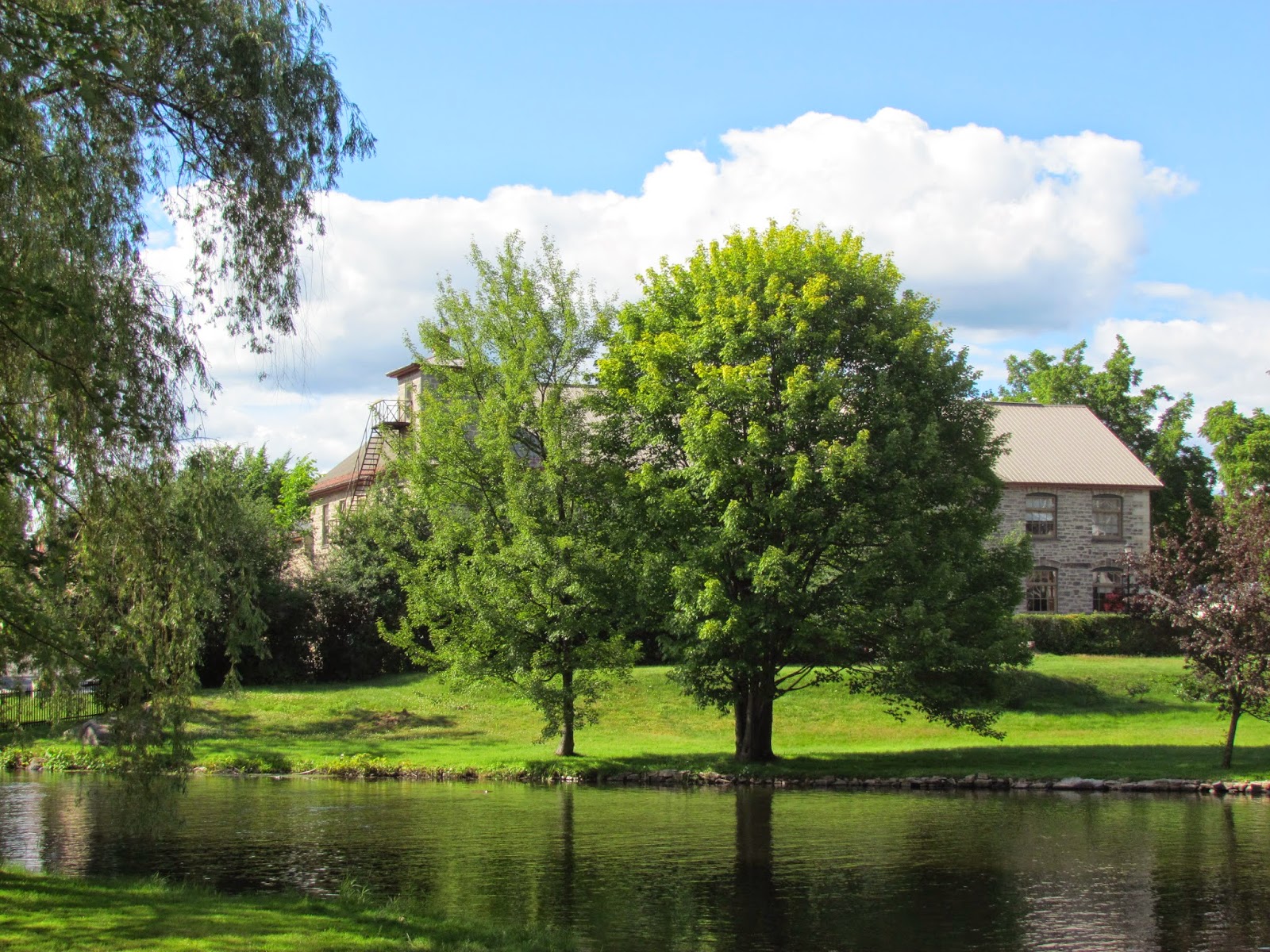 I was particularly struck by that then-and-now feeling as we strolled through the utterly lovely Stewart Park, catching glimpses of the Code Felt Mill (now home to a restaurant whose outdoor patio we enjoyed, and an interesting interior filled with shops we wisely avoided). 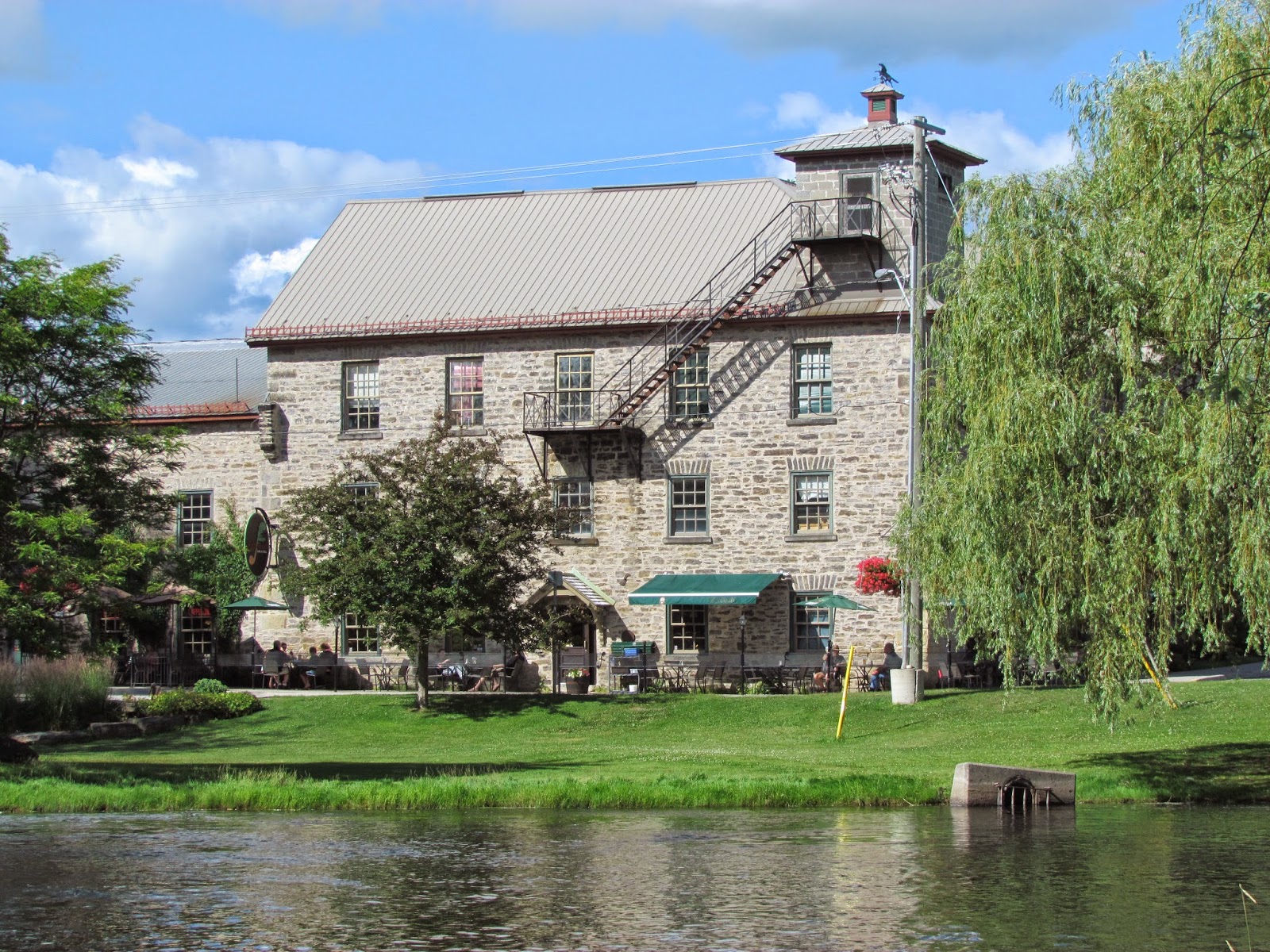 The mill was built in five stages, beginning in 1842. , I'm guessing it was once a good deal noisier, and dirtier and more dangerous that it looks today, reflected in the waters of the Tay River.

The open area which forms part of the park was once a drying field for the felt produced in the factory.


This lovely park was gifted to the city in 1947 by the widow of the Honourable John Alexander Stewart, lawyer and president of several local firms, Minister of Railways in the Meighen Cabinet. Along with the bequest was an endowment for its maintenance, and the condition that this lovely spot not be changed or used commercially.

There is a grand statue to Big Ben, that legendary world-champion show jumper and his rider Ian Millar in the park.
Posted by Ancestral Roofs at 6:09 PM