I wrote about this house back in 2012.
At the time, it was listed for sale. The virtual tour, oddly. is still online as I post this. I say oddly, as within the last few weeks, this c1835/1860 limestone farmhouse has been sold.

This upright symmetrical hip-roofed structure started out as one and a half storey, and was expanded to its full two-storey height in the 1860's.

The Settler's Dream shows a c.1875 photo of David Gibson's house, with a generous clapboard kitchen-woodshed tail on a tall limestone foundation extending to the east and a trellis verandah running across the front and east side to join with the frame summer kitchen. A fence of palings is rooted in rocks, with which the site is richly endowed. And there is are twin flued chimneys standing tall at each end wall. 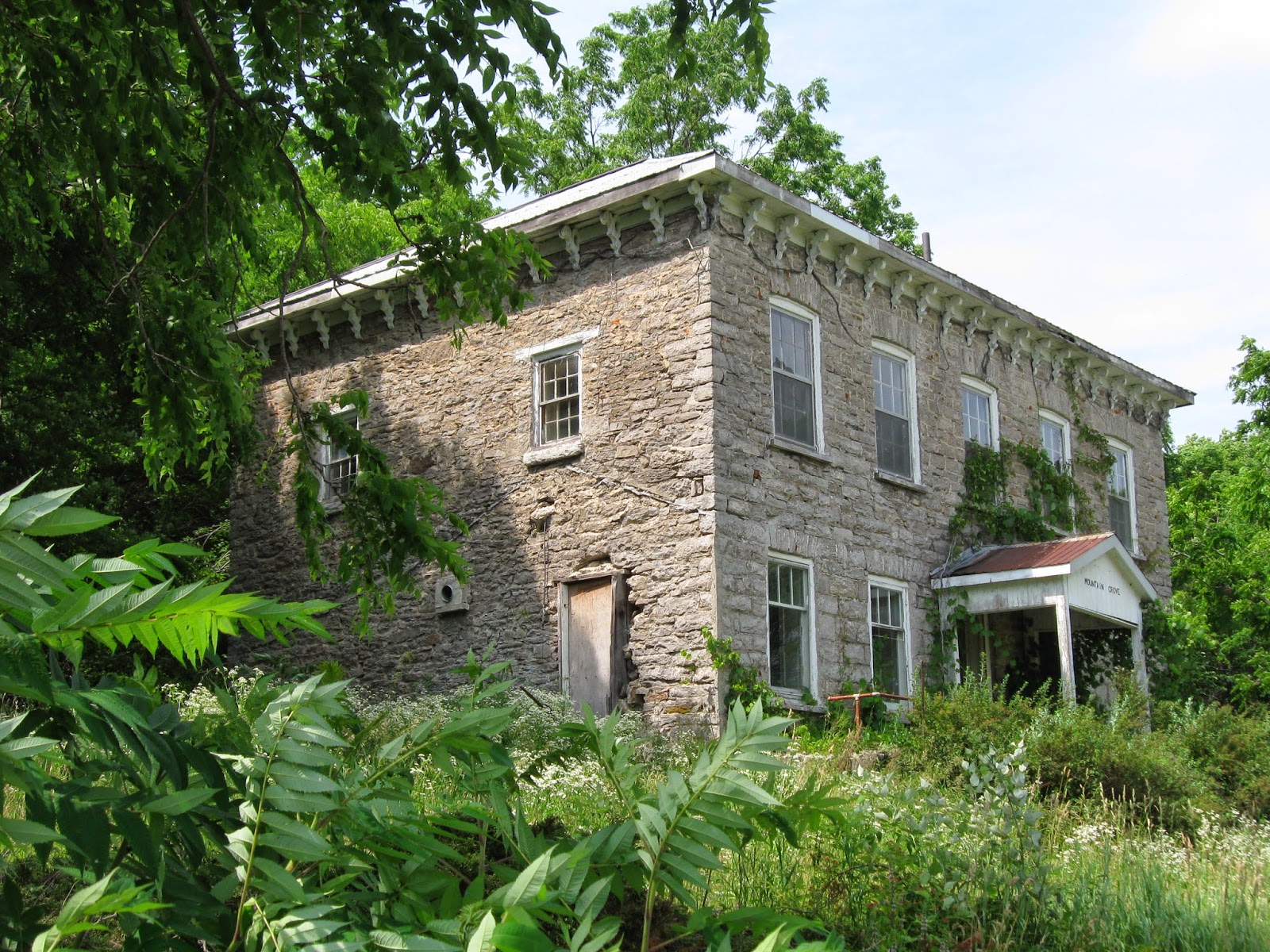 The original trellis verandah with its awning shaped roof was removed in the 1950's, and one now stands on a crumbling cement deck to survey the fields below. 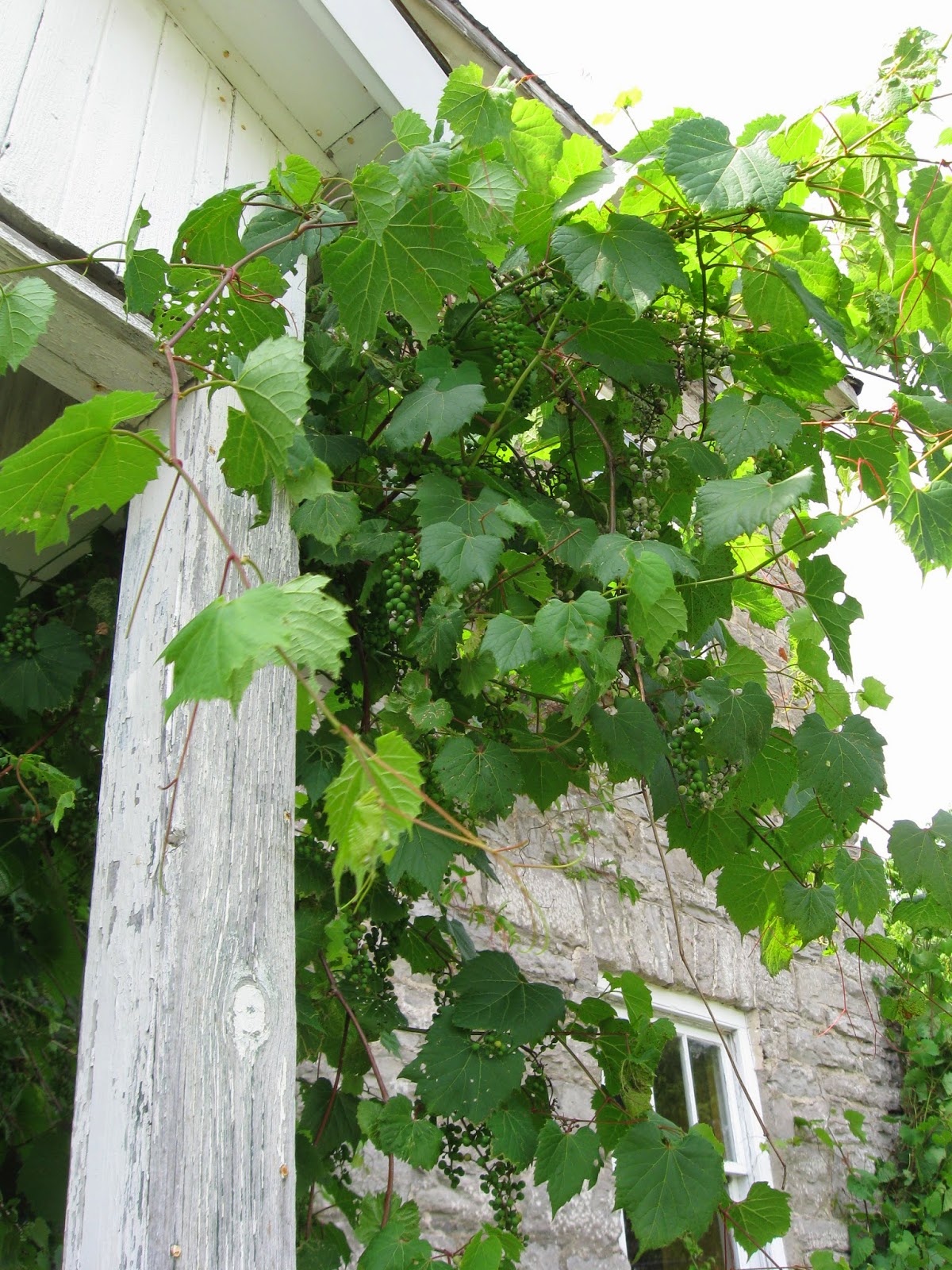 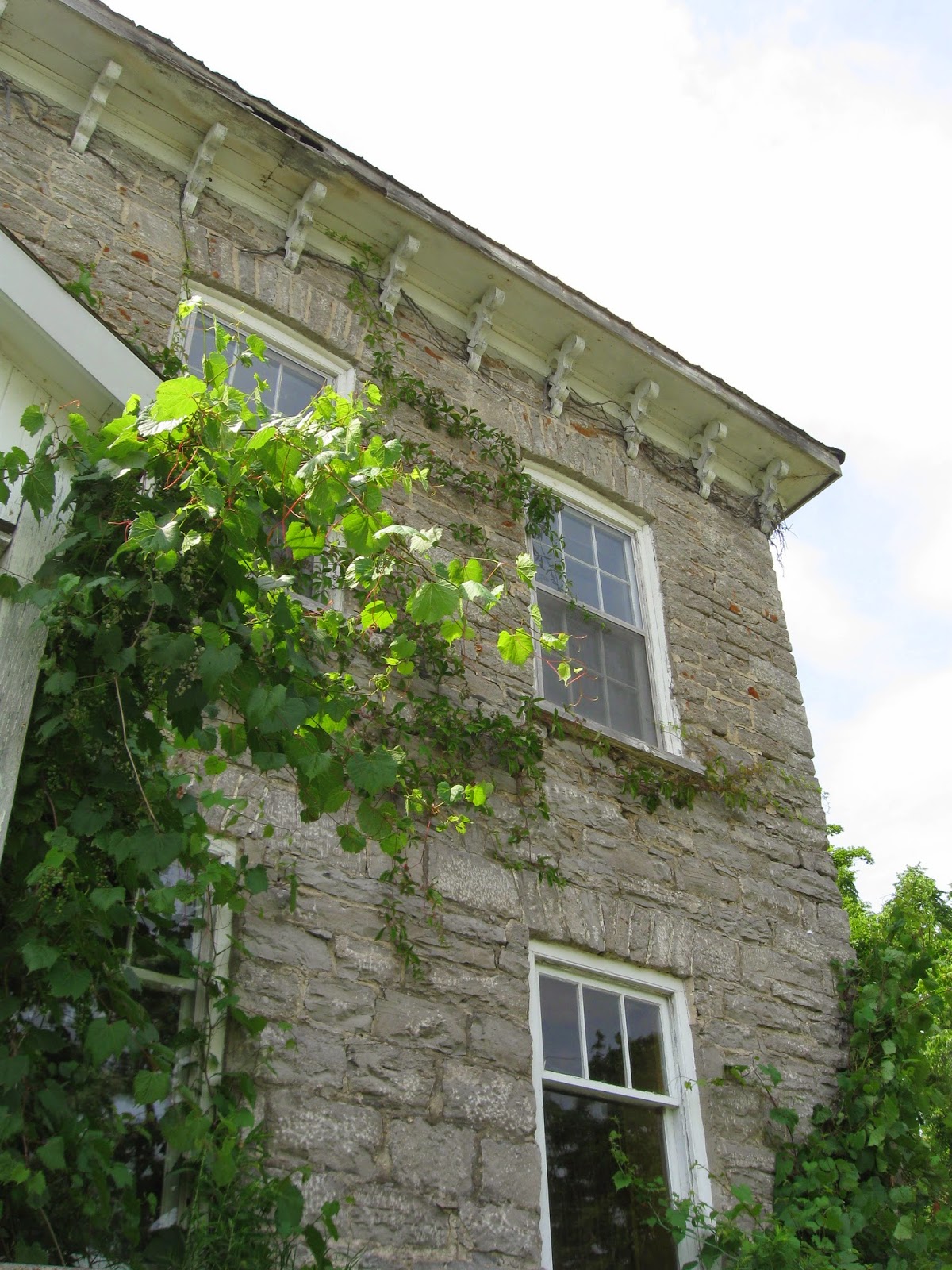 Breaking my 'shoot from the kerb' rule just this once (for I am but a well-wisher) I peered in through the only accessible window, and was rewarded with a glimpse of the formal parlour with its finely crafted fireplace mantel, panelled doors, chair rail and baseboards. 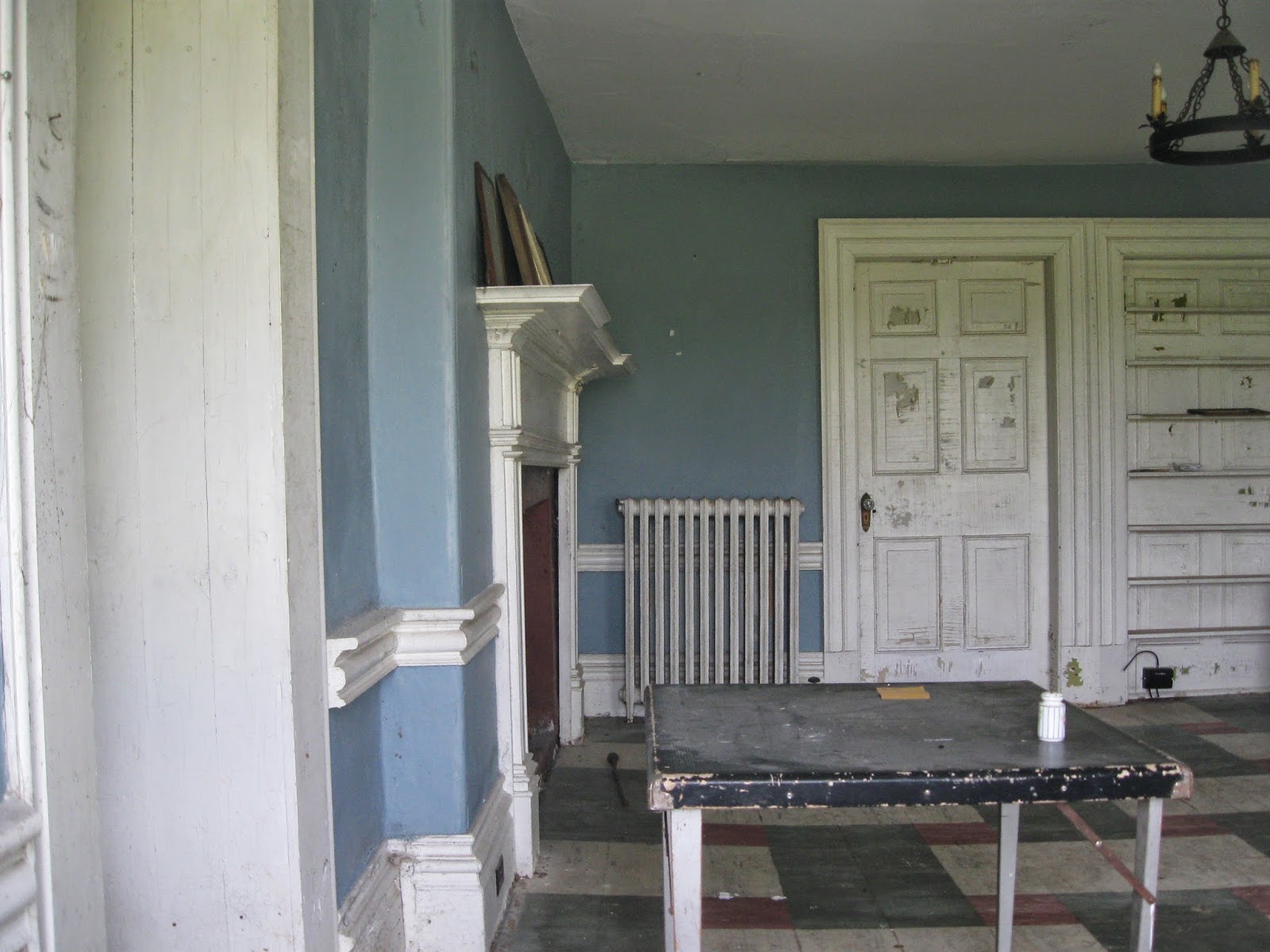 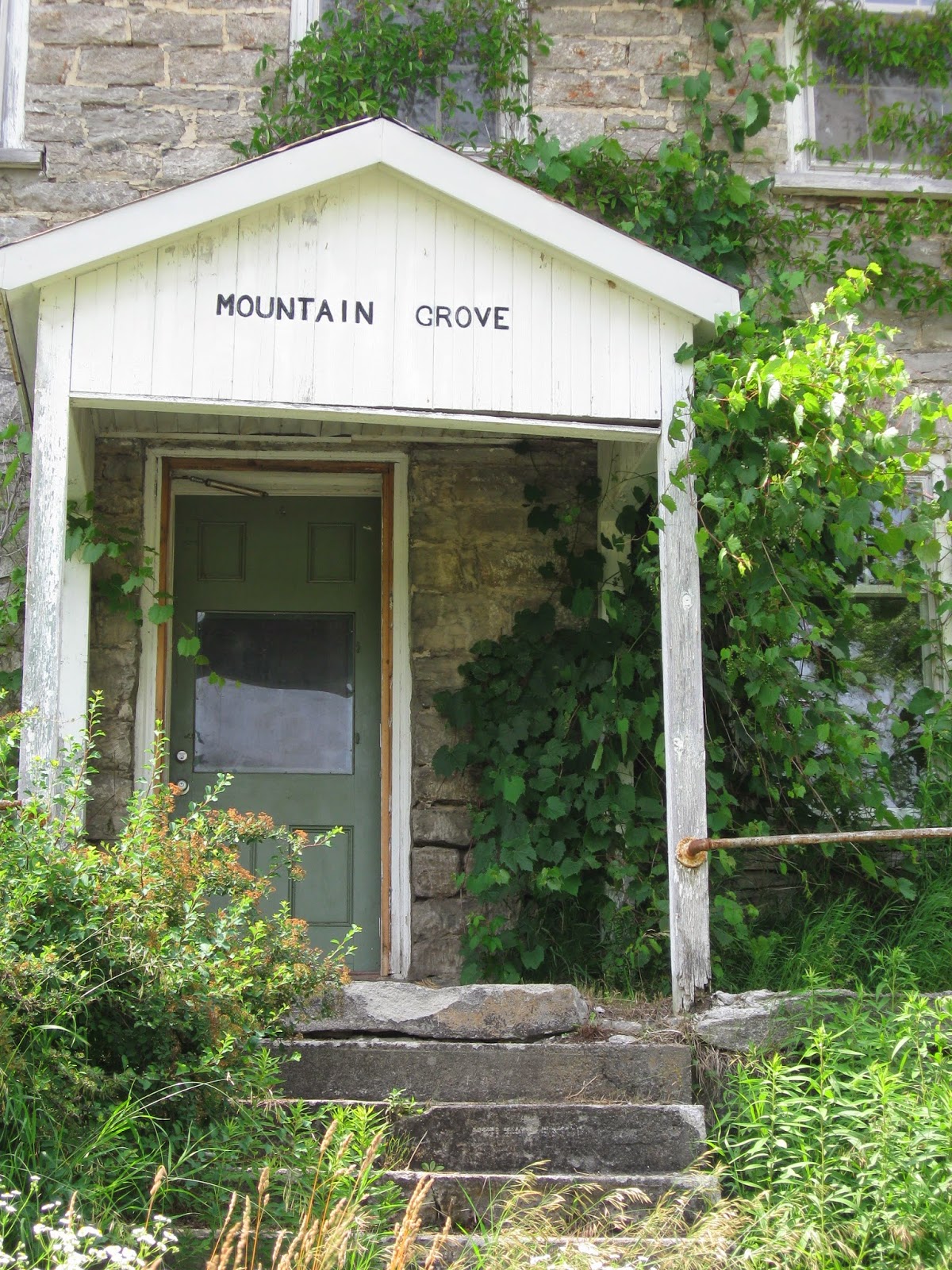 The realtor's virtual tour (while it lasts) shows the parlour (above) with its Neoclassical mantel, and the room to the other side of the centre hall, with a mustard coloured Georgian mantel and a panel section covering a fireplace whose proportions hint at a cooking hearth and bake oven behind. Deep panelled reveals on the windows, dado panel below, slip rooms behind, panelled doors. Two stairways with simple railings.

This house needs so much - a knowledgeable owner, a heritage architect and/or an informed and skilled restoration contractor, and a generous allowance. I wish all that, and more for it. I would love one day to meet the owner who has undertaken this project.

And when I do, I will ask why the portico bears the name Mountain Grove. There is no other reference to the property having that name. And there is a second Mountain Grove in PEC.  And it has a restored portico roughly this shape. Could this be a hand-me-down?

Posted by Ancestral Roofs at 9:07 PM