Ancaster - an officer and a gentleman 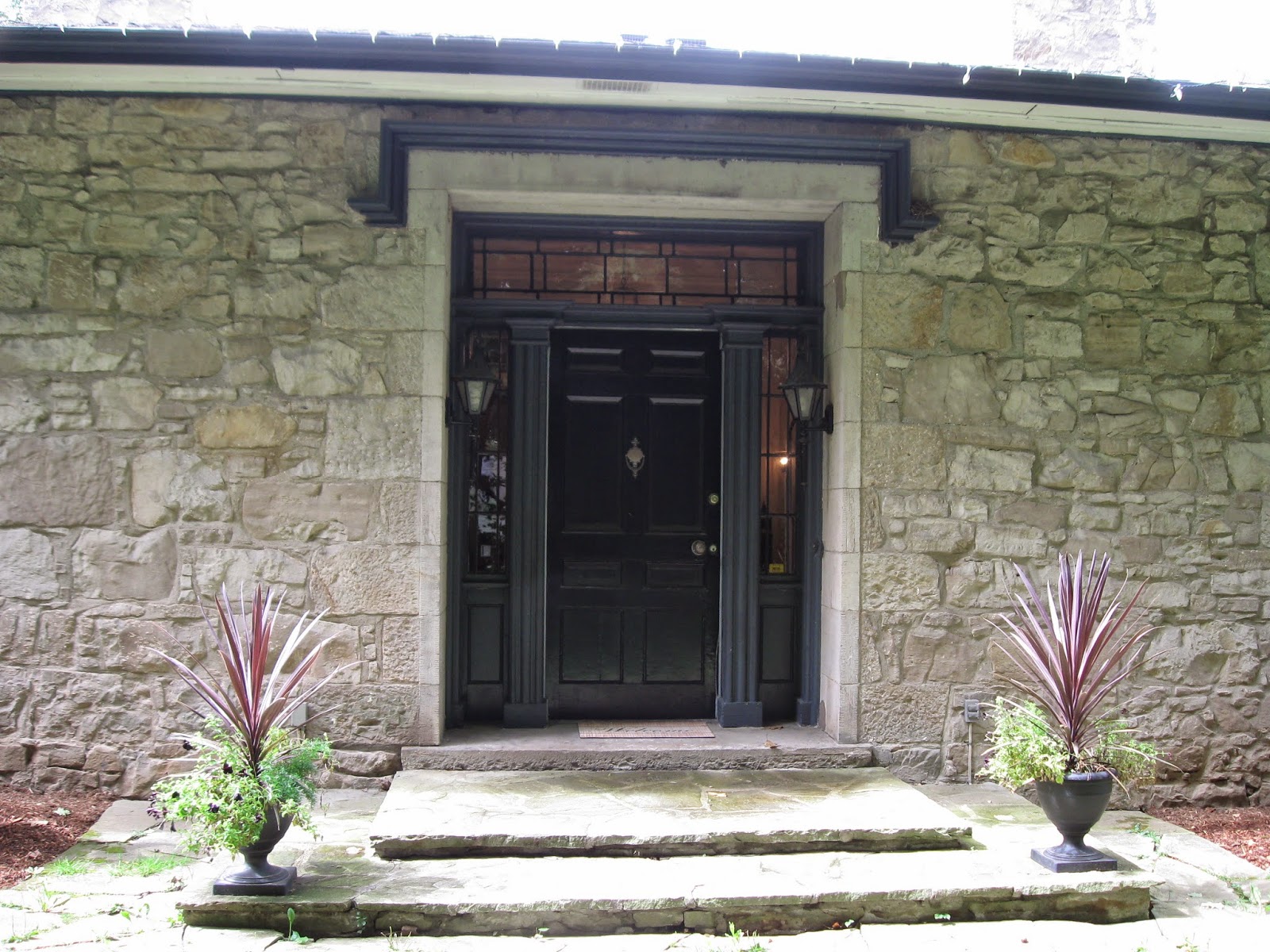 In early September, we spent a delightful afternoon wandering Wilson Street in Ancaster. When our feet told us it was time to get back into the car, we headed out to look for good old houses along Sulphur Springs Road and down through the delicious depths of the Dundas Valley.

I  wanted to suss out some of the rural homes mentioned in The Governor's Road, that wonderful social, family, architectural history written by Mary Byers and Margaret McBurney (University of Toronto Press 1982). Sulphur Springs Road. Mineral Springs Road. The deep woods and twisty bits through the Dundas Valley. The houses along Concessions 2, 3 and 4 (another trip, a better map). There the proliferation of monster homes and businesslike pushy traffic along scenic narrow winding roads made even the spotting, much less the careful appreciation of significant older homes, difficult and dangerous. 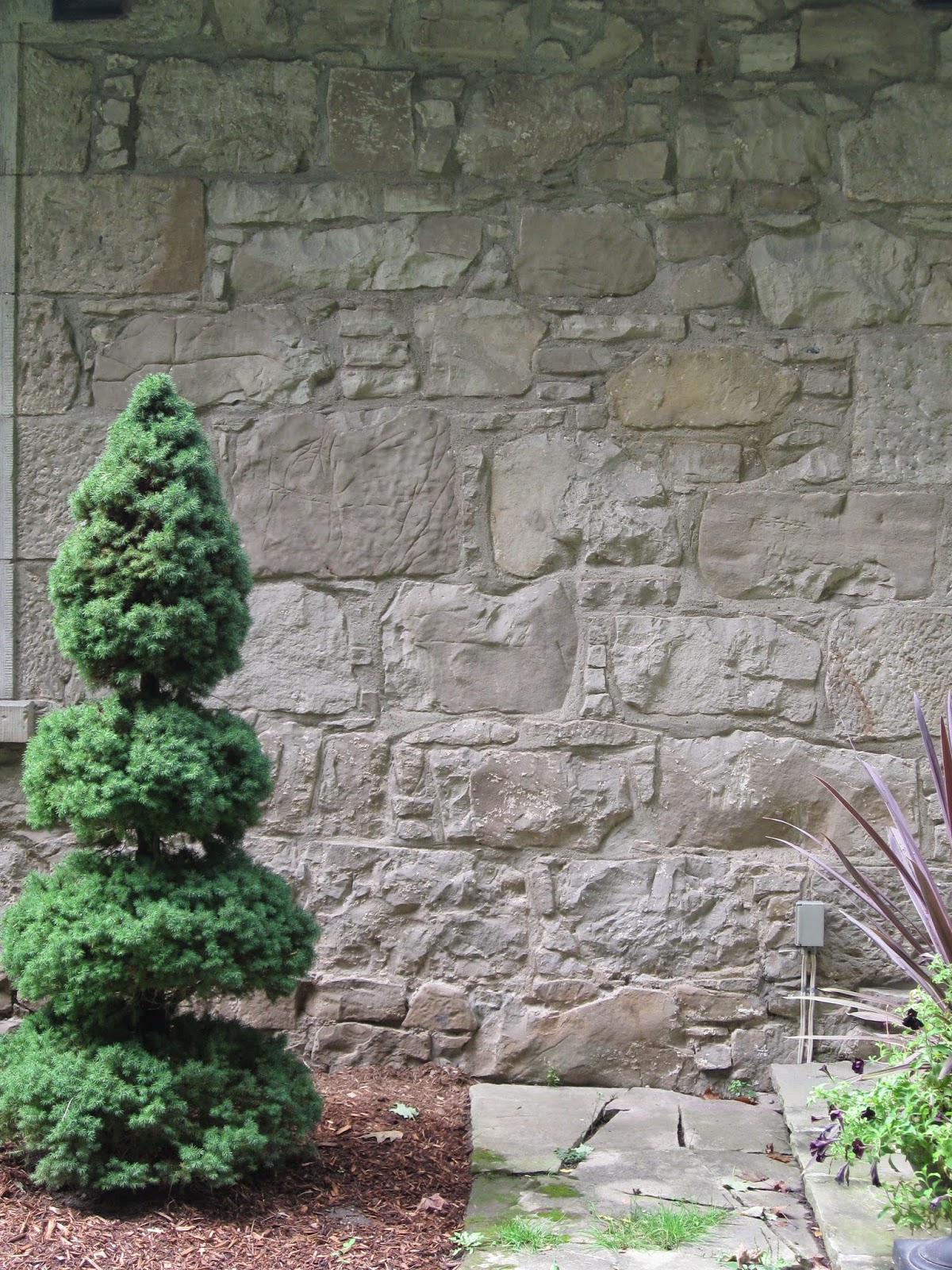 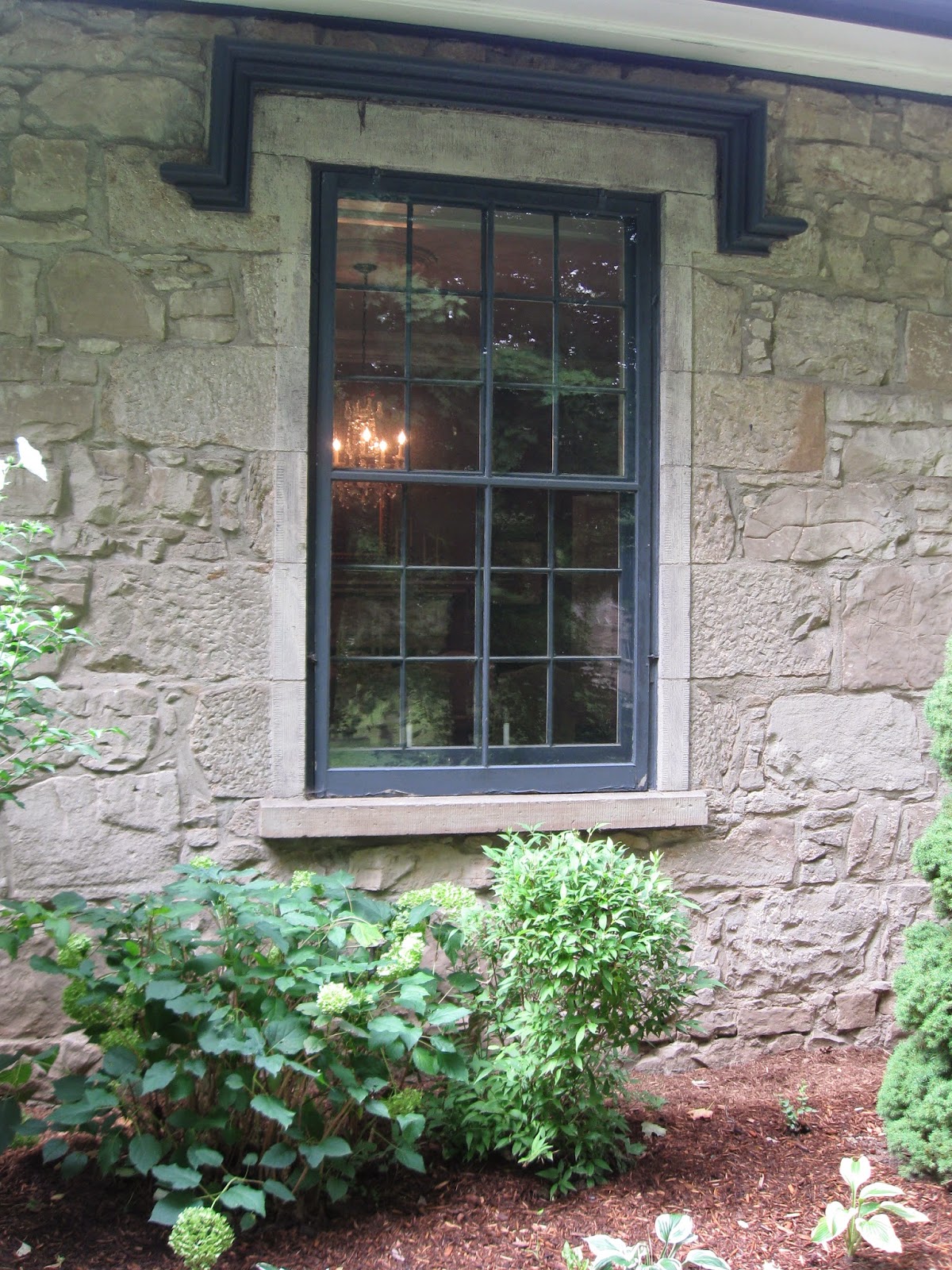 So later I travelled the slightly safer electronic highway, The Governor's Road in hand. A bit of online searching turned up a couple of stories about Book House, (p. 160 Byers and McBurney) lost by fire in 2005, then being considered for a move in a later story. Huh? I really must get over there. 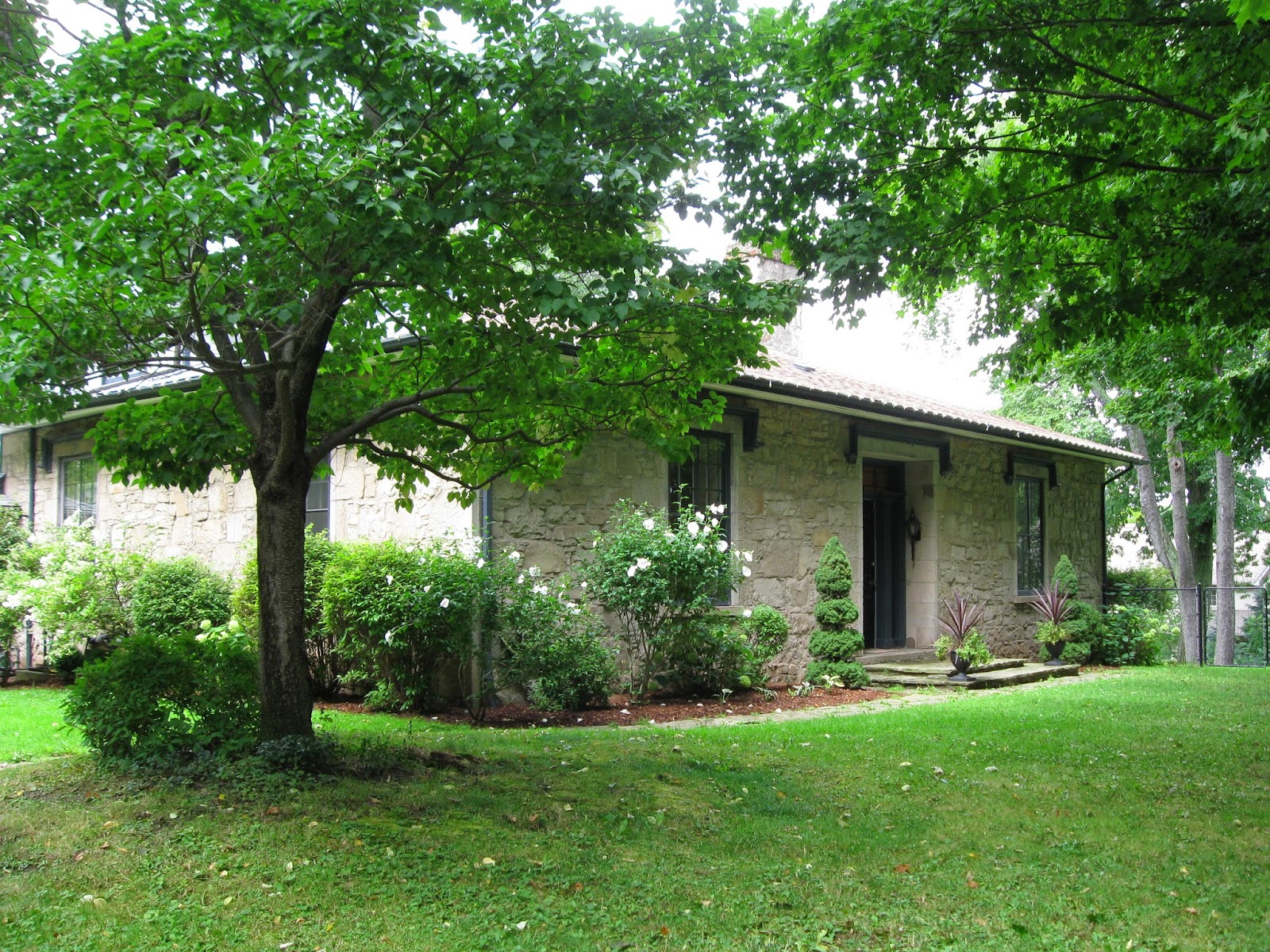 Another place with a ghost walk is The Hermitage. From what I can glean online, the ruins of the Hermitage (1859, burned 1934) may not be as they seem on page 156. This 2013 Hamilton News article suggests that the ruins may have been further ruined. Safety issues - a nod to the lawyers no doubt.

Springfield, renamed Brockton,(page 154) built by Henry Papps in 1851, doesn't appear
anywhere in a google search. How can that be?

Finally on page 155 Byers and her colleague tell the story of Fairview (1859), the picturesque Victorian home of the beloved Dr. Henry Orton and his wife, built of local stone, and no stranger to tragedy. 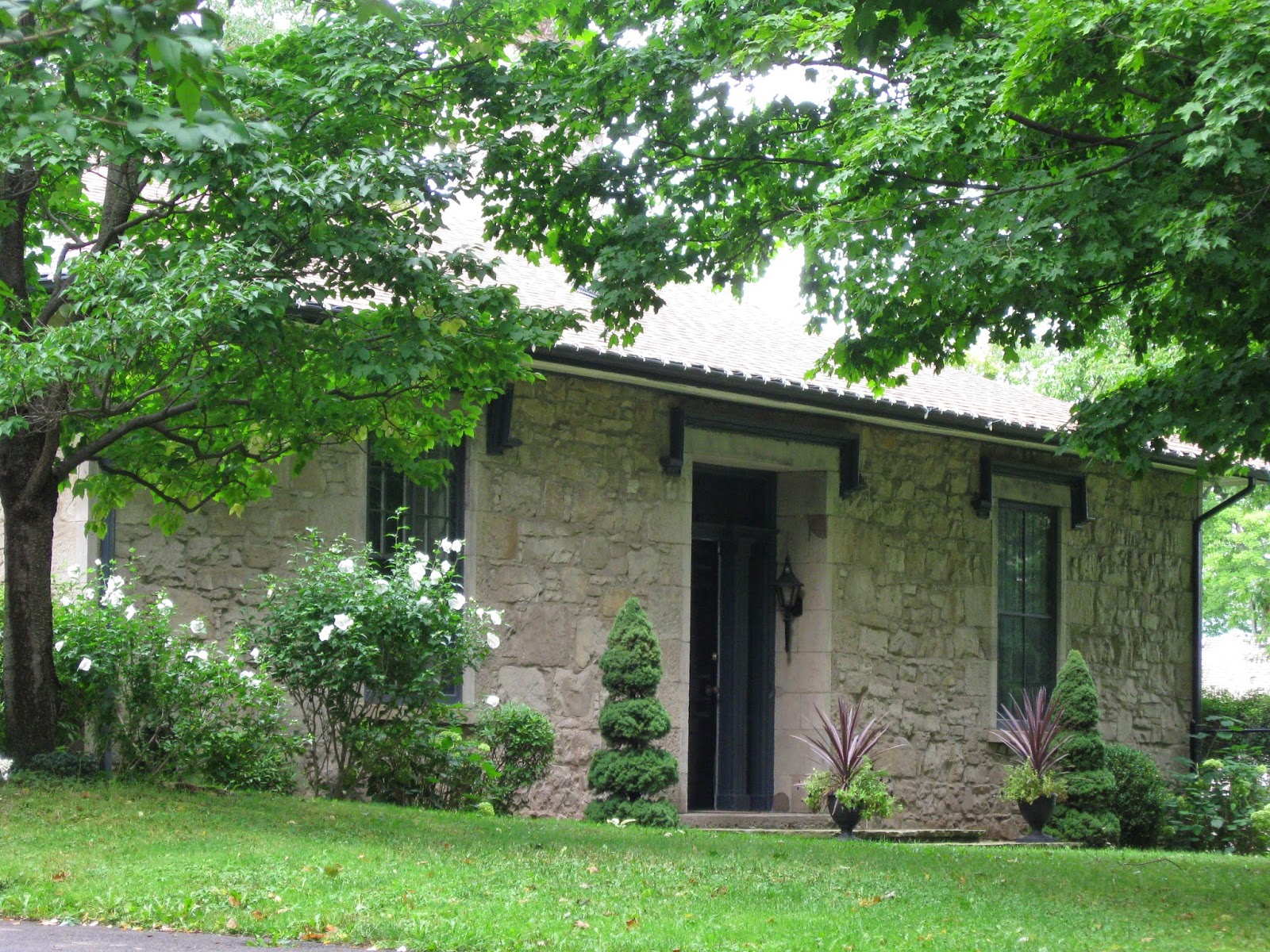 I realize I sound a bit whiney and grumpy. Thwarted and sulky. Although how could anyone who has just found a resource like Architectural Styles of Stone Buildings of Ancaster complain? Now really?

Let me close with the nicest thing that happened to me in Ancaster. Denis had stopped the car on a tiny scrap of pavement off the line of traffic at the beginning of Sulphur Springs Road. I wanted to photograph a lovely stone Regency cottage I'd spied among the trees. I took a shot, then was drawn away to another interesting structure in the trees across the road. When I returned, the owner of the cottage had come out to make sure Denis was okay, and upon hearing his explanation for our hovering, invited me in to tour the gracious home. The home reminded me (not surprisingly) of The Grove, William Gott's fine Regency cottage, whose interiors appear on Shannon Kyles Regency Rebuild site (scroll down). This lovely stone house is said to have been built some time after 1846, and named Milneholm. Byers and McBurney conclude:"given the propensity of military families to build in the Regency style, it is likely that Alexander (Stover Milne) was the man responsible for Milneholm. His father, and officer and a gentleman would have approved." Appears that Milneholm continues the tradition of gentleman owners, even today.

Posted by Ancestral Roofs at 7:31 PM