The "too bad about the windows" chronicles Part I

One of my very favourite ways to spend a day is road tripping or walking tours, shooting old buildings. The only possible improvement on that kind of day is to join with like-minded enthusiasts who think nothing of walking down the centre of a street, snapping to right and left, raving about brackets and pediments and oblivious to folks peeking apprehensively from windows and porches. 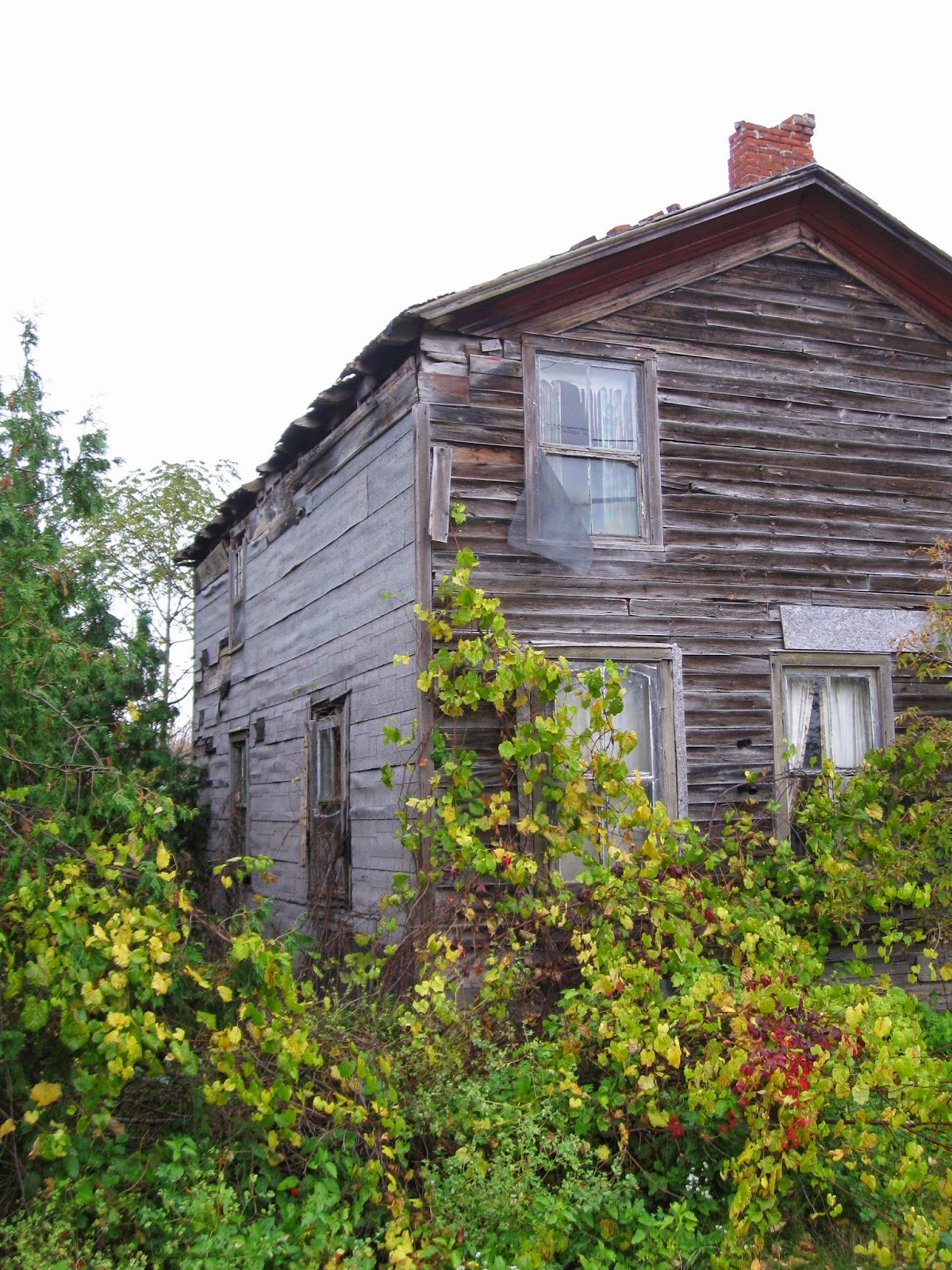 And that abandon can only be topped by the presence in that merry band, of folks whose encylopedic knowledge of the field means that I get all my questions answered! Brilliant. Festival for the Curious.

Yesterday was that kind of day. Despite a bit of drizzle that asserted itself whenever we walked outdoors, it was a delight to explore built heritage from Shannonville to Bath and points in between with my architecture history prof Shannon and her colleague Sabine, who just happens to be a classical art and architecture scholar. 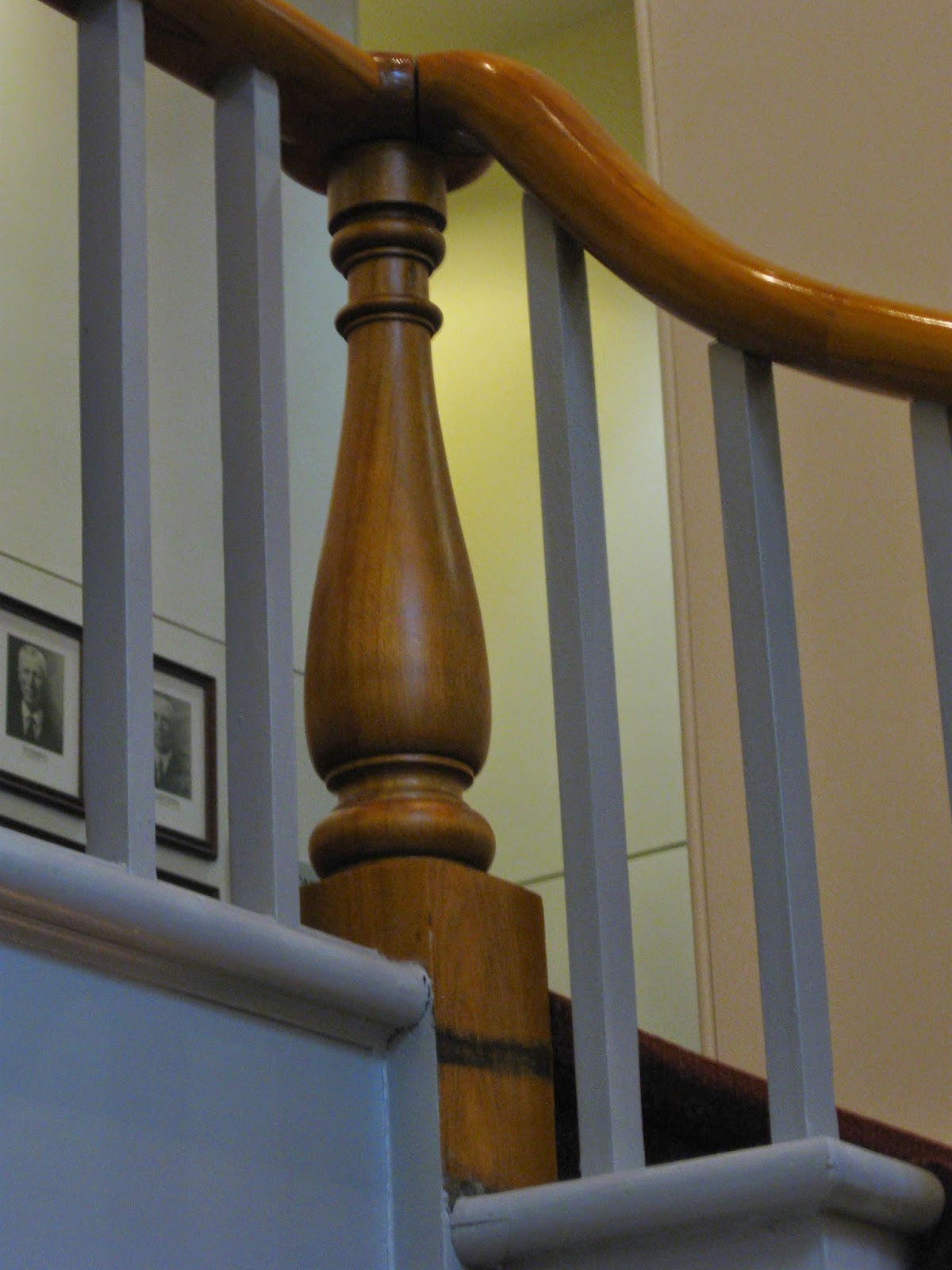 We started the day with what Bill Hunt on one of his bus tours described as the oldest frame house in Hastings County. It is truly lovely, despite its appalling condition - check out the windows, doorcase, fine clapboard, the moulded roof cornice and eaves returns. Shannon suggested it was the first time she had seen insulbrick siding as a structural element - looked to be holding the dear old place up. 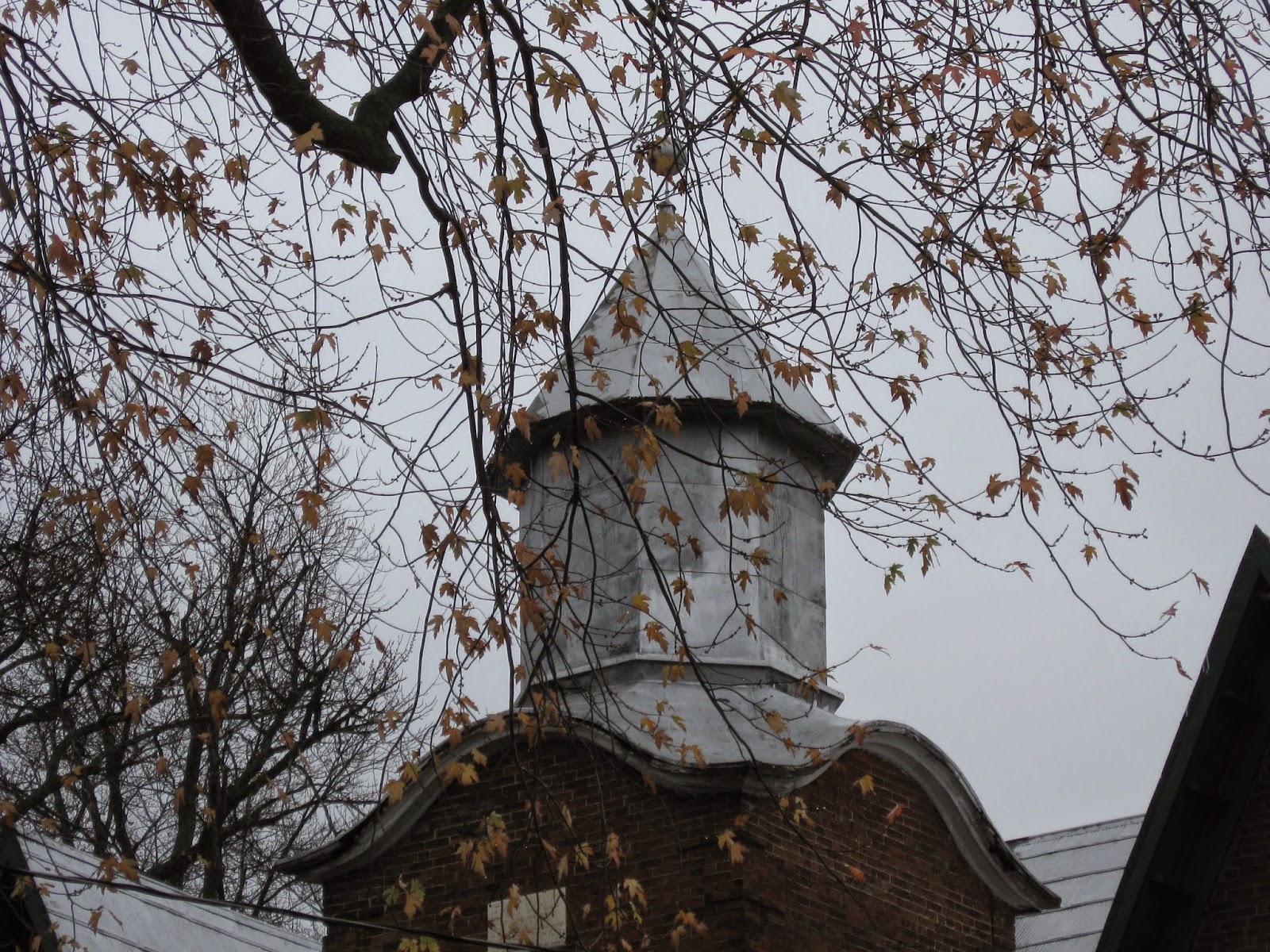 On to Deseronto and a visit to the picturesque historical stone church Her Majesty's Chapel Royal of the Mohawks (1843) - but no tea at the famous O'Conner House because those good folk need a day to clean. Then to Napanee and its impressive Greek Revival town hall, to lovely Macpherson House (1826), and to Frontenac County Courthouse where the weary bailiff, immune to our enthusiasms, had to herd us out of the courtroom so he could lock up. 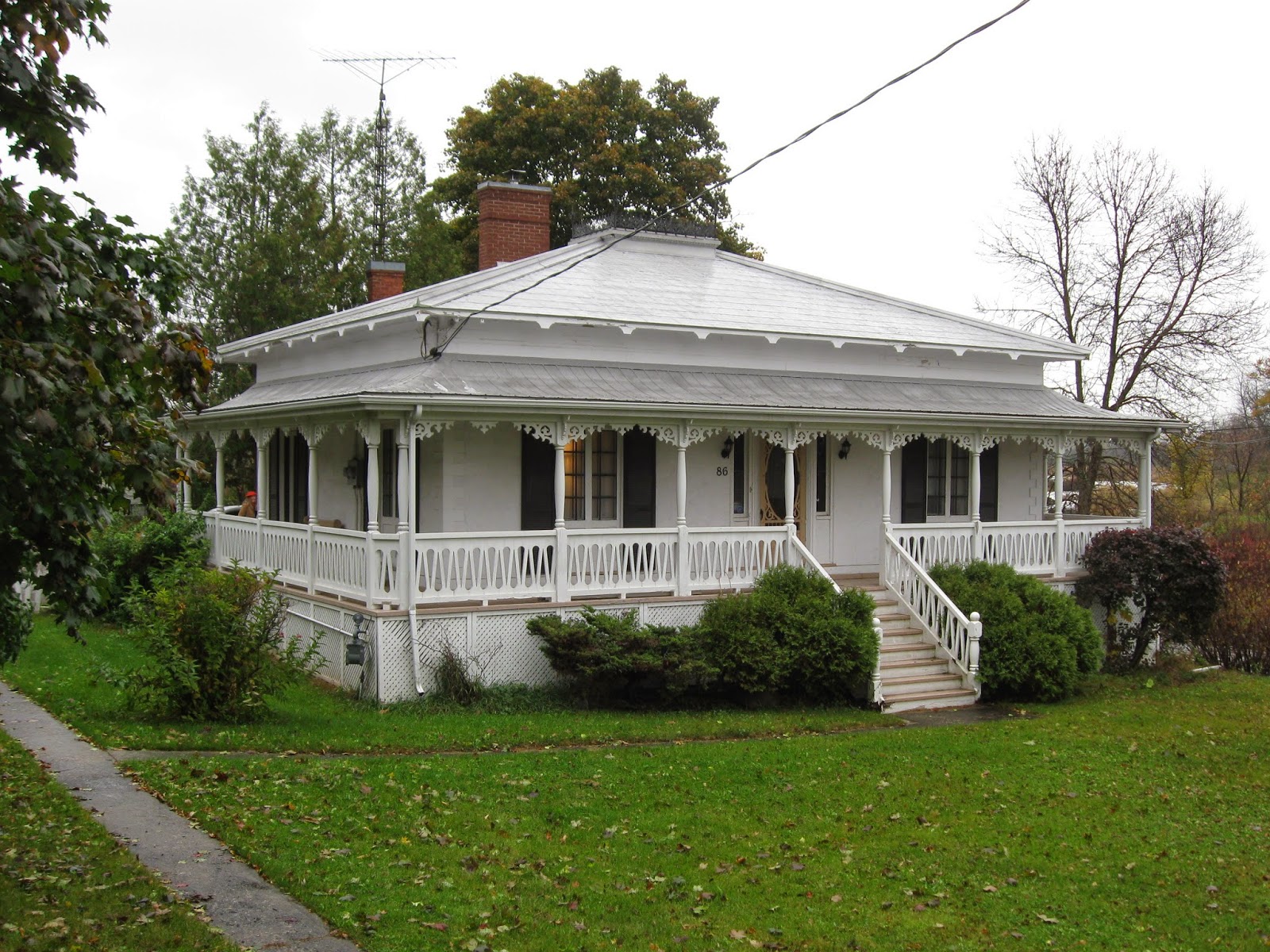 Sabine parked on the sidewalk, so pressing was the need to check out the 1872 East Ward Public school turned Gibbard warehouse turned entrepreneurship centre - with its curvy tower roofline recalling St. Martin in the Fields, sans clocks. 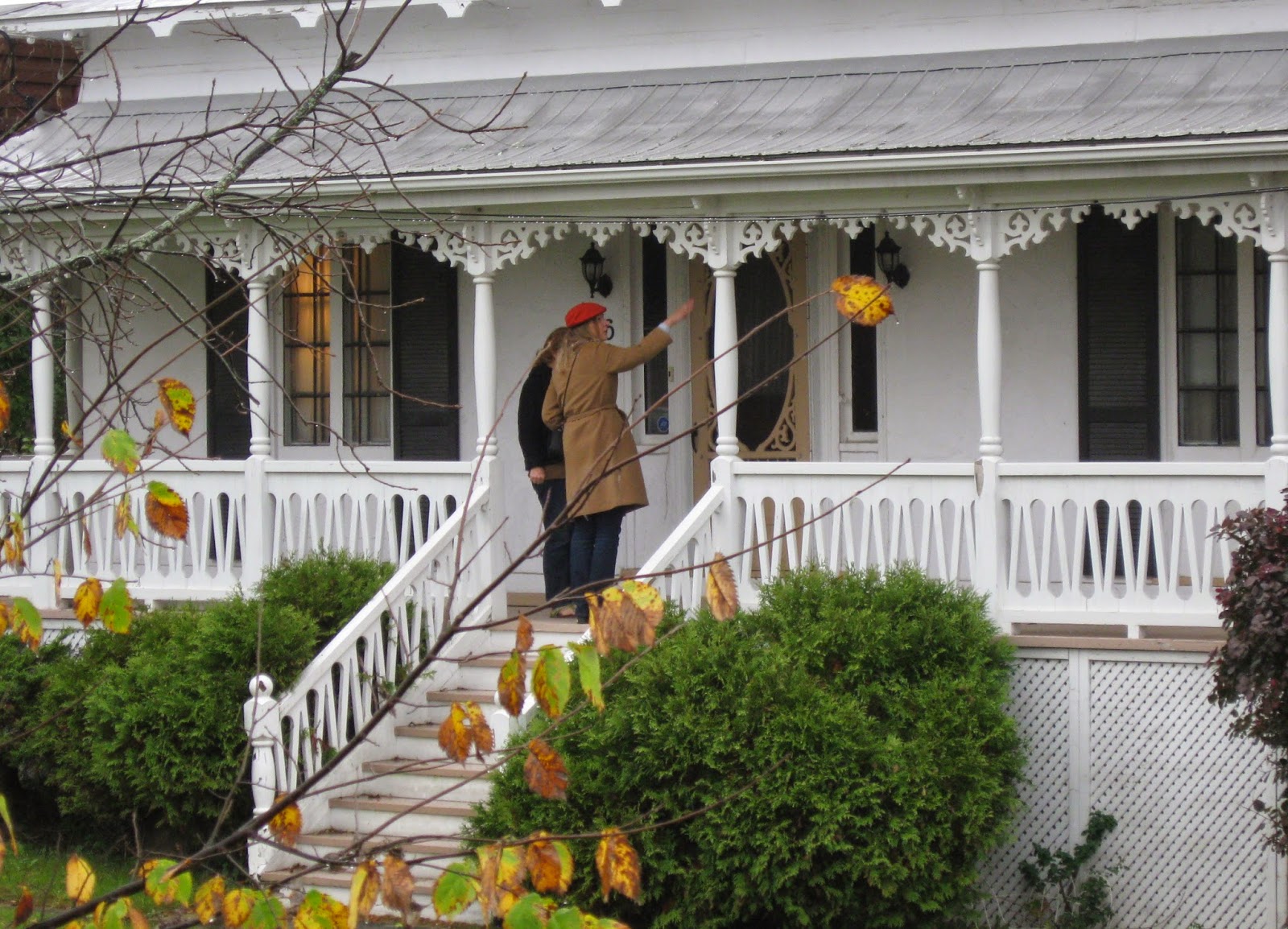 Couldn't miss the Regency cottage in Odessa, where my intrepid companions failed to gain entry but did get that Regency feeling with the views from that perfect wrap-around verandah. 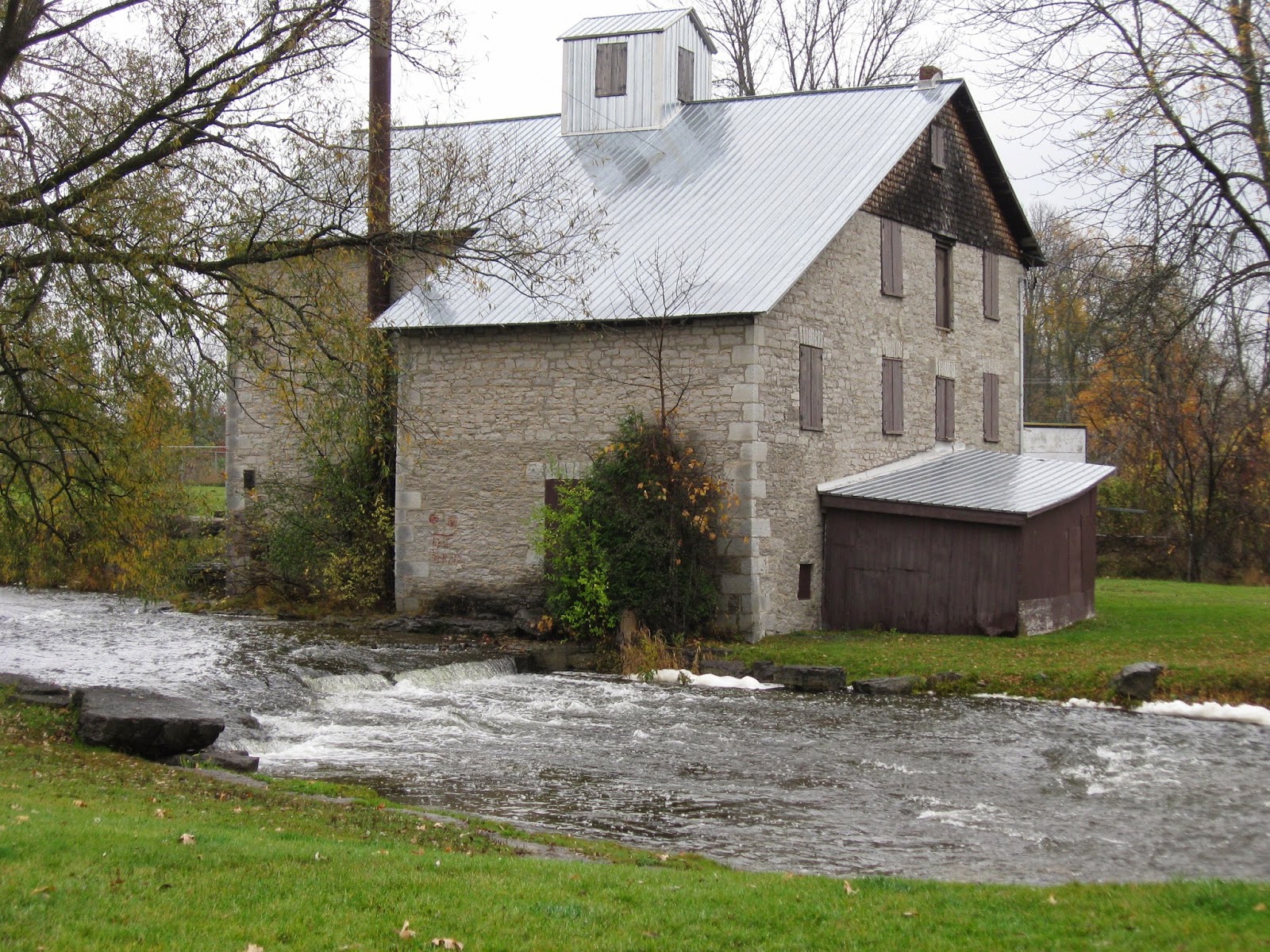 Later, while Shannon dealt with the beekeeper on the phone, Sabine and I roughed out our plans for a perfect event venue at the Babcock Mill along the lovely river.

A recurring theme during our explorations was "too bad about the windows." Shannon is a vocal advocate for rebuilding old windows rather than replacing them with vinyl versions, which instantly destroy the character of an old building. And she can prove the cost effectiveness and energy efficiency of that decision. Just ask her!

We had a lovely chat with the owner of the tiny perfect 1819 Peter Davy house. Shannon couldn't restrain herself from knocking on the door to enquire after the health and safety of its wonderful sash windows (they're in wise hands) so we had a chat with the owner, who is chair of the municipal heritage committee about saving/marketing heritage - and why that is such a hard sell.


Sadly, we learned that the gorgeous Carpenter Gothic Layer Cake Hall which I've visited many times is suffering from structural problems and needs help. 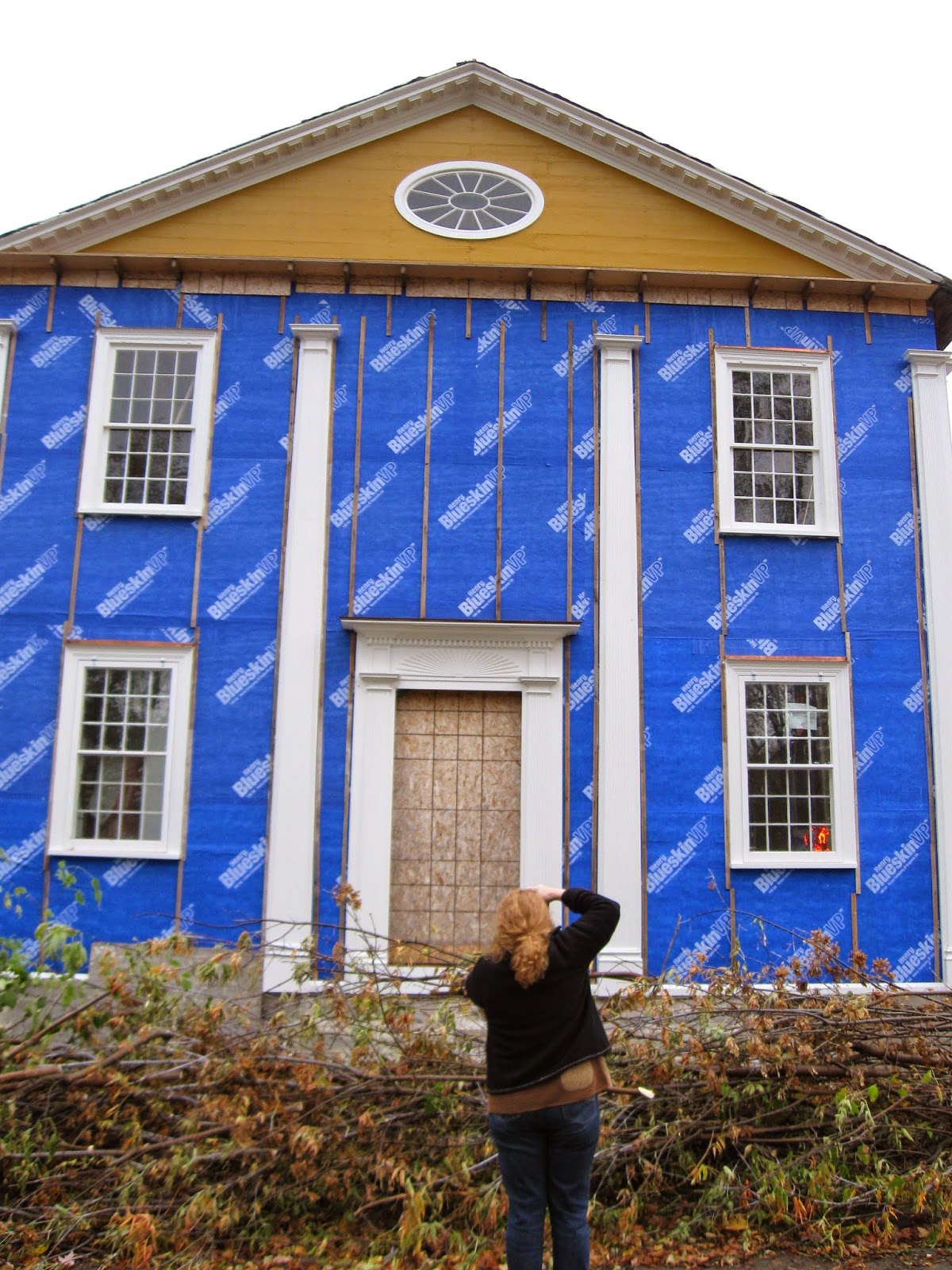 The perfect ending to the day was finding Bonnie Crook and Ron Tasker at home and at work on their astoundingly thorough restoration of the 1816 Ham House. I began worrying about that house here in 2010, and rejoicing about it after tours in 2012  and 2013 showed this important piece of our history slowing coming alive again under careful knowledgeable owners. Yesterday the couple (and Eric the delightful resident basement archaeologist) described the last big jobs pending before finishes go on inside and out.

Needless to say, Shannon's experience with her own old house rebuild guaranteed a kinship.

I for one plan to be there to lift a glass at the opening celebrations of the pub that Ron and Bonnie plan to open in the next year or so.
Posted by Ancestral Roofs at 3:05 PM