Castles in the Bush

One of my objectives on this week's junket around Frontenac County was to check out the state of this rather peculiar stone house. It sits on a sideroad off the main road between Snow Road Station and Plevna and a more out of the way spot you cannot imagine (though the fall colours were heartbreakers). It feels out of the way in 2014; just imagine how remote it was 125 years ago. 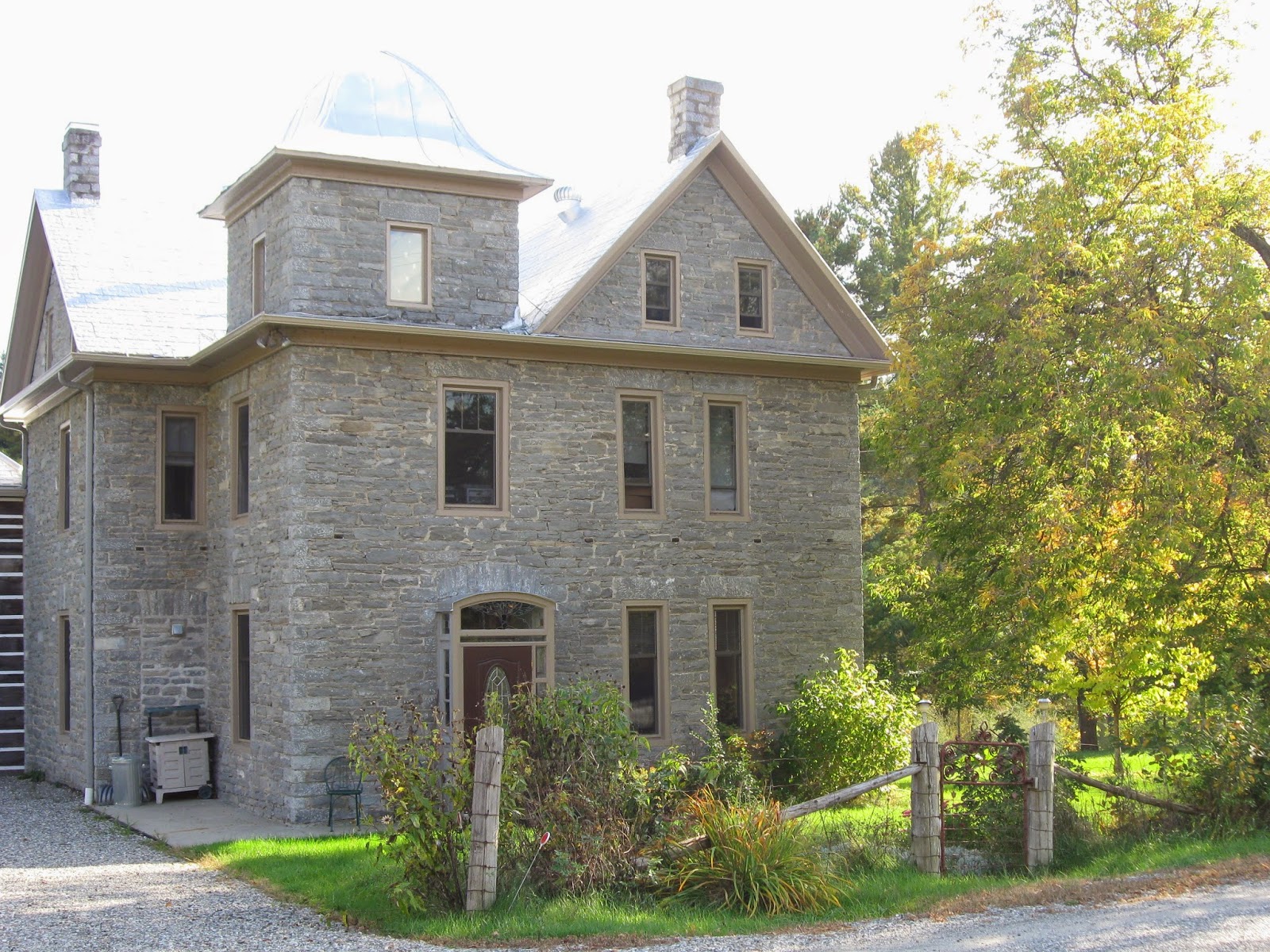 Now admittedly, the northern regions of the county were flourishing during the Mississippi River (no, not that one) lumbering days of the mid 1800's. Come to think of it, a lively quarrying enterprise threatening to undermine the town (literally) attests to our determination to make a living off the land to this day.


In 1860, a road surveyor named John Snow (for whom the road is named) opened up the area, leading to the creation of a road in his honour. Towns (well, small clusters of houses around a store and a lumber depot) grew, and the 1883 arrival of the Kingston and Pembroke (locally named the Kick and Push) led to the creation of another village, Snow Road Station.
It's this railroad which lured Massachusetts resident William Richards into the area in 1883; stone was quarried from across the river and the stone 'castle' was completed by 1889.

Now it's not a lovely house, but it is imposing, especially when you consider his neighbours would still have been living in log cabins or small frame houses. To this day there aren't many stone houses in the area. Quoins, stone lintels atop narrow square-headed windows,  tower with a bellcast roof, good doorcase, 2 and a half storeys - shame about the modern door and the plate glass windows, and the loss of what appears to have a verandah, and a front door in the east wing. I'd love to see inside - I've read there's a large foyer and a curving staircase. 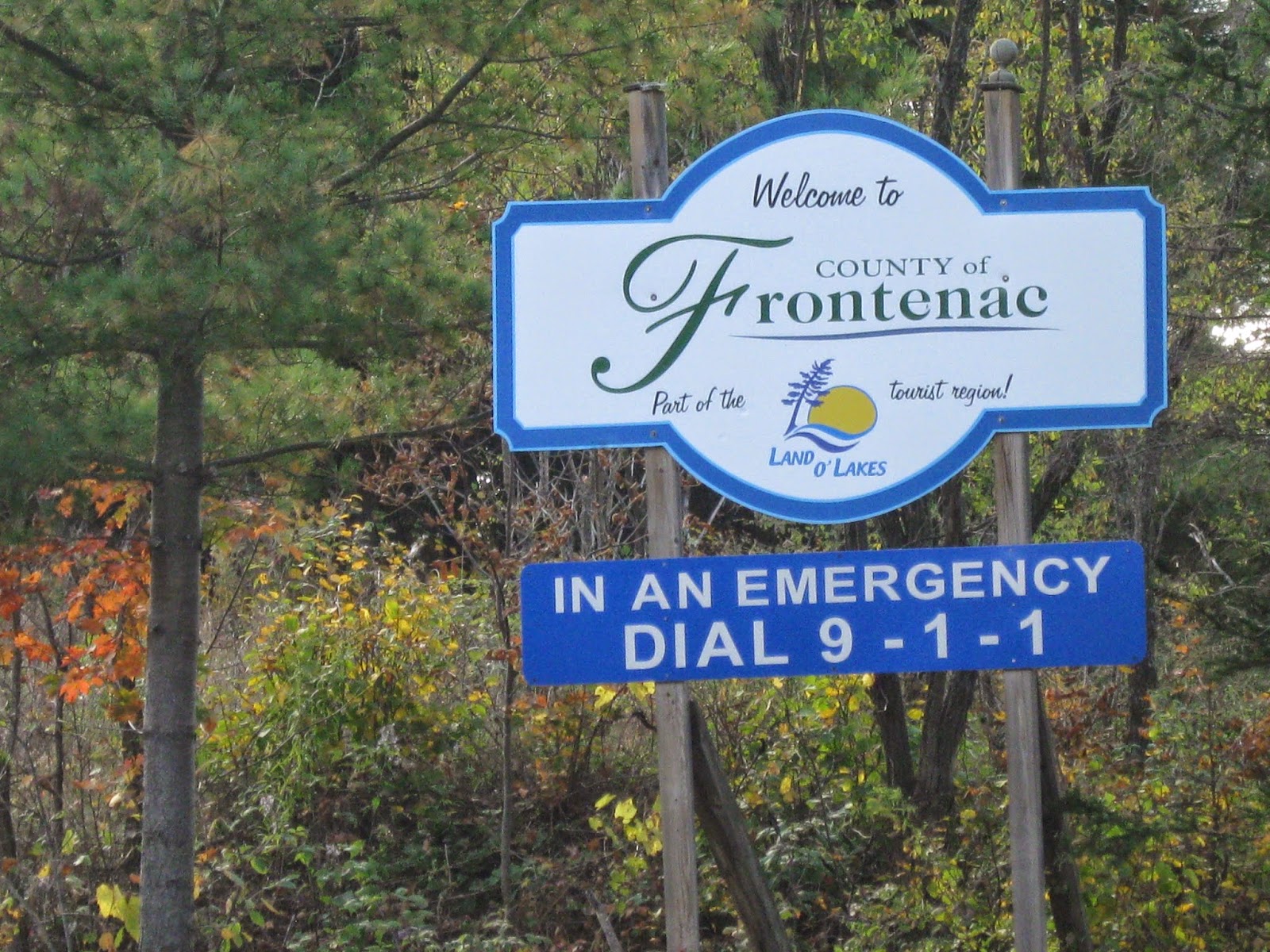 The house (and the above bit of history) is featured in a delightful guide by back-roader Ron Brown - Castles and Kings: Ontario Mansions and the People who Lived in Them (Polar Bear Press, 2001). If you haven't run across Ron Brown's series of road books, check him out. He'll get you off the free-ways and into Ontario history like few can. 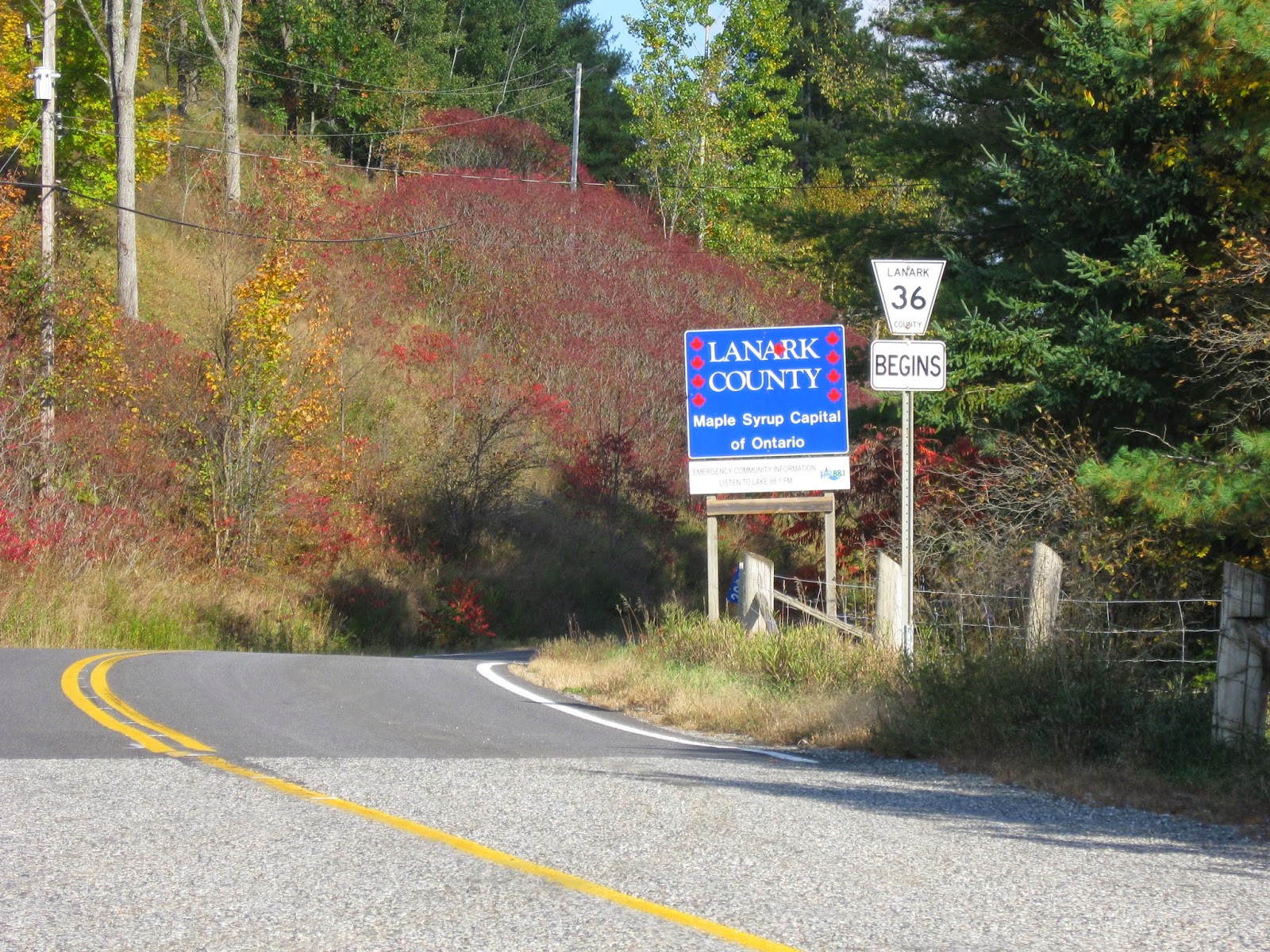 The stone castle is located almost on the border of the next county, Lanark. These two signs are a few hundred yards from each other.
Posted by Ancestral Roofs at 12:17 PM