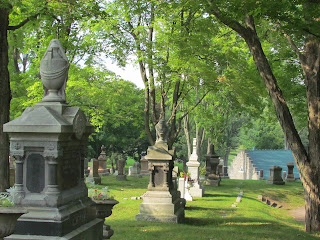 I have visited several of my favourite graveyards over this hot summer, and discovered a few new ones. One of my guidebooks on these explorations is Jennifer McKendry's thorough study entitled Into the Silent Land:Historic Cemeteries and Graveyards in Ontario (self-published 2003.) 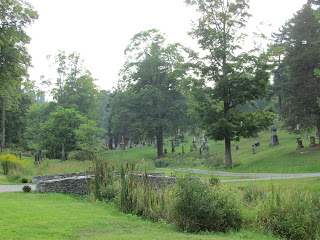 I first spoke about the book back in January, when I could only look ahead, way ahead, to leafy days among the ancestors, so I won't repeat myself on the subject of the garden cemetery aesthetic and design, which explains why so many cemeteries are just so darned beautiful. 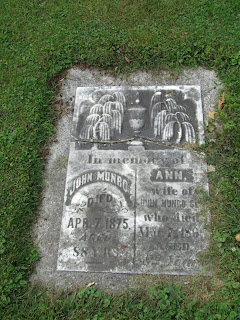 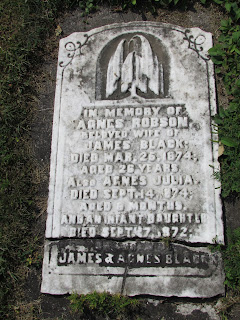 Instead, I'll spend a minute now and then on the imagery on grave markers. Just a minute, as McKendry spends hours, beginning at page 186. She writes and illustrates (she is an award-winning photographer, as well as an architectural historian ) examples of markers with nature imagery, human and divine figures, religious motifs, as well as symbols of the deceased person's membership in an organization or a trade/profession.

All of these markers, photographed in the old Colborne Union Cemetery and in Grafton, feature the ubiquitous willow tree. McKendry explains that "it reigned alone or with other images from the 1810s to the '80s, and was closely aligned with the classical style...Willows became associated with loss and mourning: no matter how many branches were cut off, the tree flourished."(p.189/90) 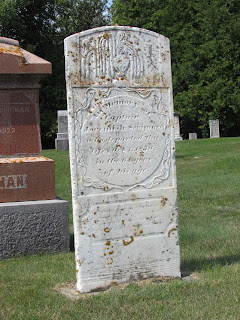 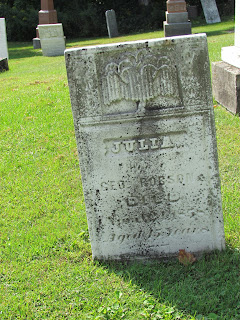 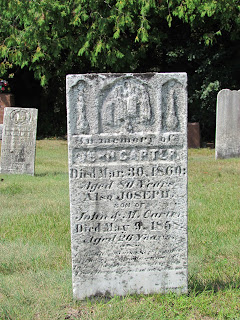 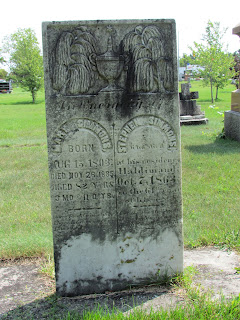 She explains that stone carvers could portray the willow naturalistically or stylise it, and that individual artist's work can be distinguished. She goes on to describe the motif's use in a variety of decorative combinations. 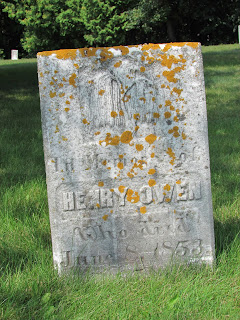 I find it all so moving. A death in an early Ontario town, a hundred and sixty years ago. The sad talk with the local stone carver. The creation of a memorial that lasts. A loss that somehow we can still feel when we spend time with them. They aren't forgotten. 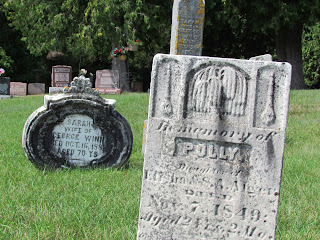 Posted by Ancestral Roofs at 4:49 PM