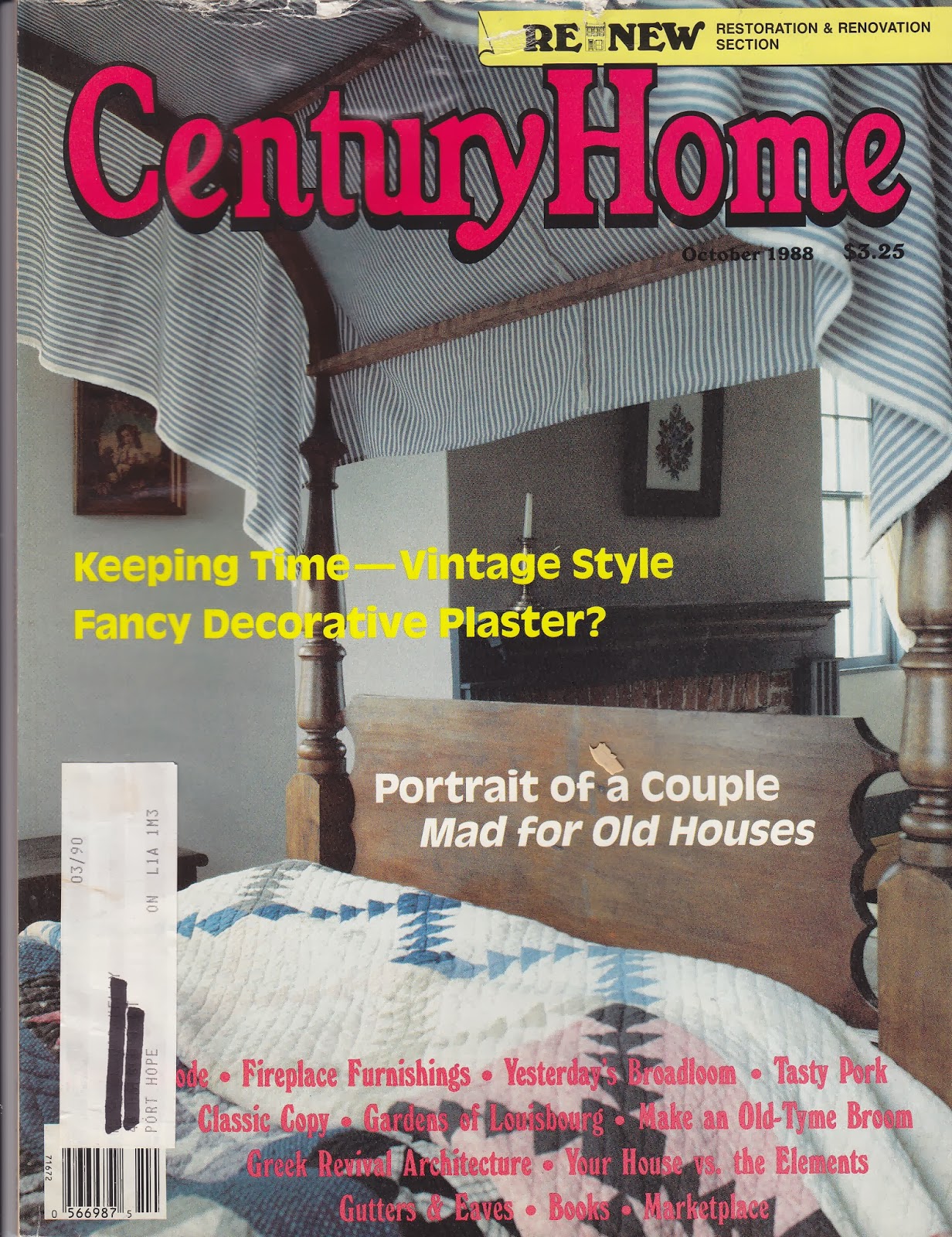 I had the nicest thing happen to me recently, culminating in the trip to Cobourg which I continue to recall with such fondness this week on the blog. Not long ago I received an email from a woman I met in April 2012 at an ACO meeting in Castleton. It was a special day indeed, for not only did I meet Judith, but I got to hear and meet that wonderful heritage architect/activist Peter John Stokes, and fall in love with that village.

Judith and I corresponded over architectural heritage by email a couple of times. Now that was a year and a half ago. A few weeks ago, I was delighted to receive an email from Judith, offering me a complete collection of Century Home magazines. That voice of Canadian domestic architectural heritage/ decorating/life was published from 1983 until it was morphed by new owners into a fluffy design magazine, and slowly died of boredom. 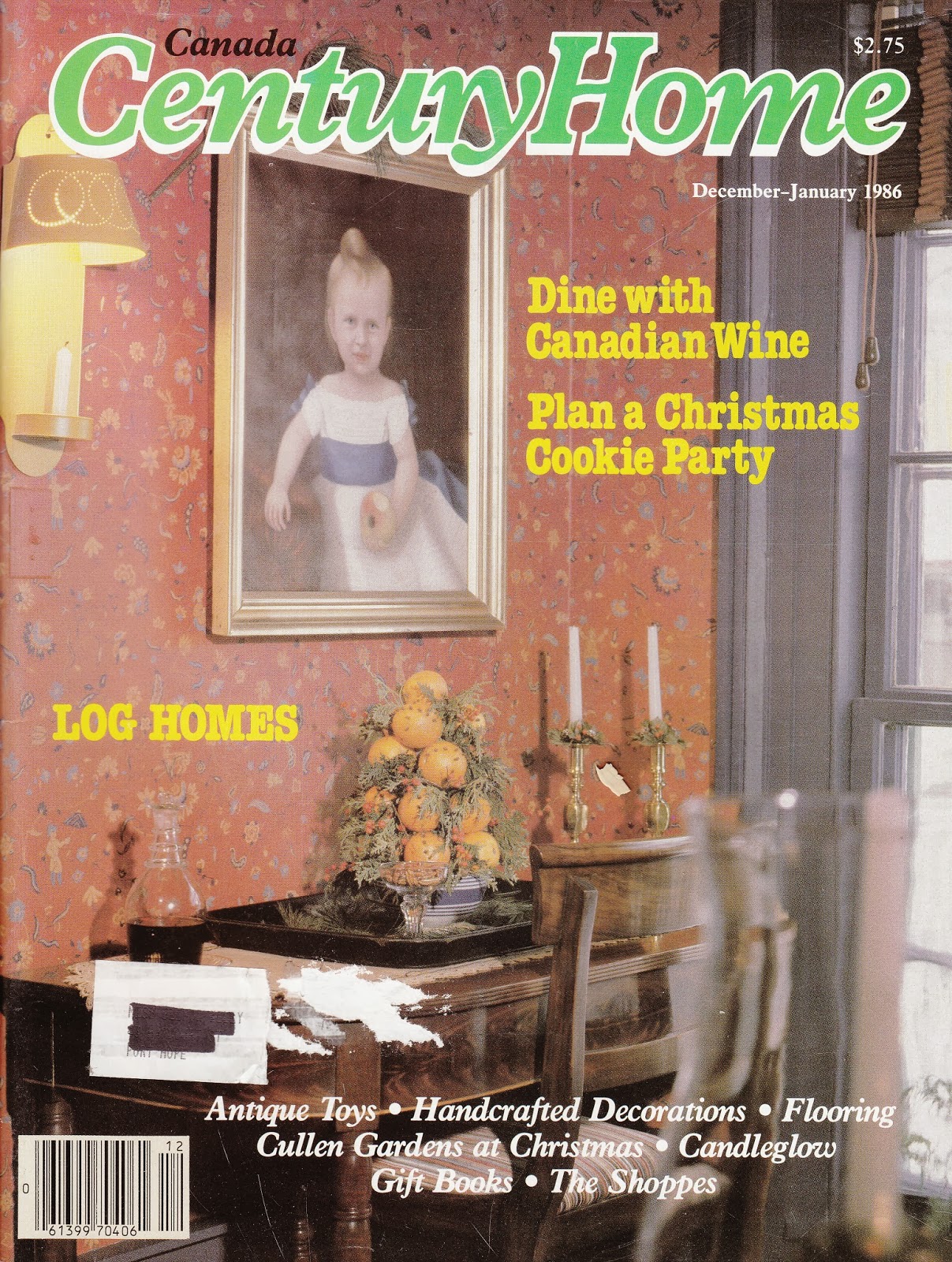 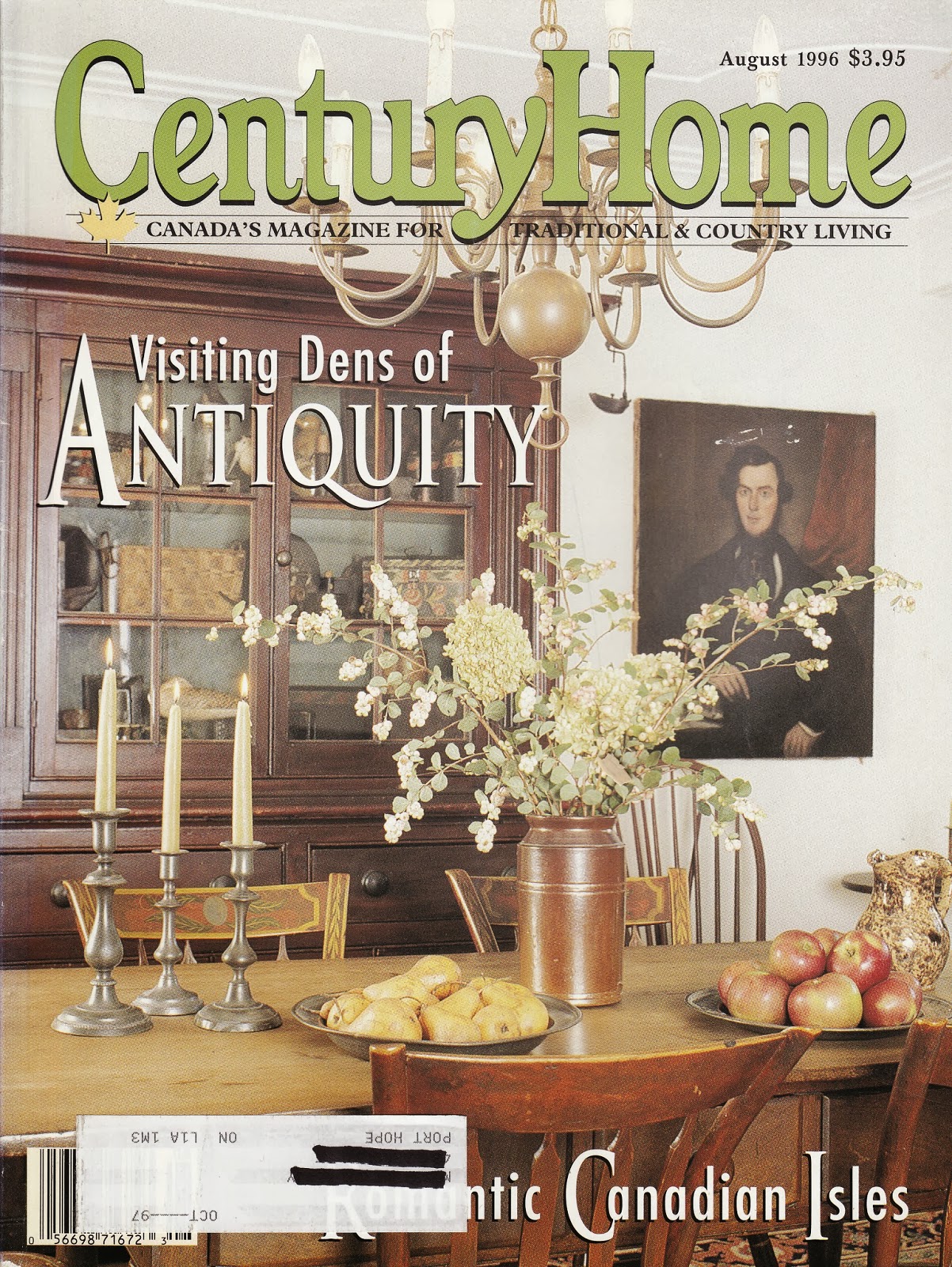 I picked up the six banker's boxes at the charming Victorian home of Patricia and Alistair in Cobourg. Just seeing those covers took me back. My dear little mom introduced me to Century Home, about the same time as she gave me The Settler's Dream as a Christmas gift on one of my rare trips home to Ontario. I cried all the way across PEC on our return trip to the airport, clutching the book, recognizing familiar homes whose story I could now read, knowing full well that I would see no red brick houses when we finally returned to south-central B.C.

Those were the days when mom was rehabilitating old pine furniture (I still have a jam cupboard she found in a basement) and learning chair caning and other lost arts at night school, all under the spell of Jean Minnhinnick, a South Bay girl like herself.

I subscribed for years, until the slick new format was introduced. Now I have all of these wonderful resources, thanks to Judith, and to editors like the Rumgays and Tom Cruickshank who will take me inside many homes I have long politely admired from the sidewalk or roadside.

And one other thing makes this so specially nice right now. I have been working on an article about local heritage home restoration champions John and Diane Brisley. They kindly loaned me copies of several CH issues where their projects were described. And now I have my own copies.

Another surprising find? Though she was too modest to say so, Diane wrote many articles for Century Home over the decades about stencilling, woodgraining and paint. One of her articles was in the first of my 'new' magazines that I picked up. Judith wished me happy looking "as that is what architecture and interiors are about."
Posted by Ancestral Roofs at 1:59 PM