I noticed a very familiar spot in a real estate ad in County and Quinte Living magazine not long ago. The start it gave me was somewhat akin to the reaction at seeing my childhood home for sale in the previous issue, so familiar did it feel. But the Winter issue ad caught my attention because it was a place that I had long loved, and once visited.


And because part of what was on offer! An early c.19 yellow Colonial American style inn, which once stood along highway 2 east of Cobourg, was rescued by a dedicated family of passionate old house restorers, and resettled near Fish Lake in Prince Edward County. 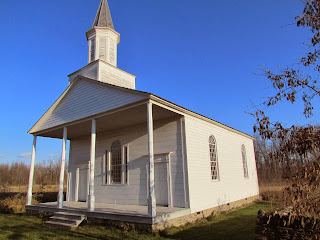 And just next door, on the bucolic 12 acres, one's own church. Another saved building, a prim serene white frame neoclassical church. 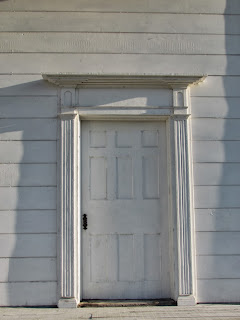 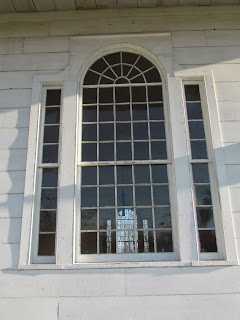 Oh, and your across-the-road neighbours? That would be Diane and John Brisley, two of Prince Edward County's most dedicated and deservedly celebrated building preservationists and heritage activists. It is their church and yellow clapboard house which are on offer. Have a look at realtor Elizabeth Crombie's listing for more photos and details, to help you make up your mind to come buy.

From your window, across the road among the lilacs would be the oxblood red c.1818 DeMille house. The story of that worthy home's rescue has been told many times in Century Home magazine. A mini-version appeared on this blog in November 2011.


Yesterday, the gracious Diane and John gave me muffins, tea, and 4 hours of their precious time, telling the story of their historic homes, one more time. The story will appear in the Spring issue of County and Quinte Magazine. The Brisley's look forward to dedicated new owners willing to take on the role of steward for the priceless legacy represented in these structures. They're not making any more of these.

Posted by Ancestral Roofs at 5:21 PM