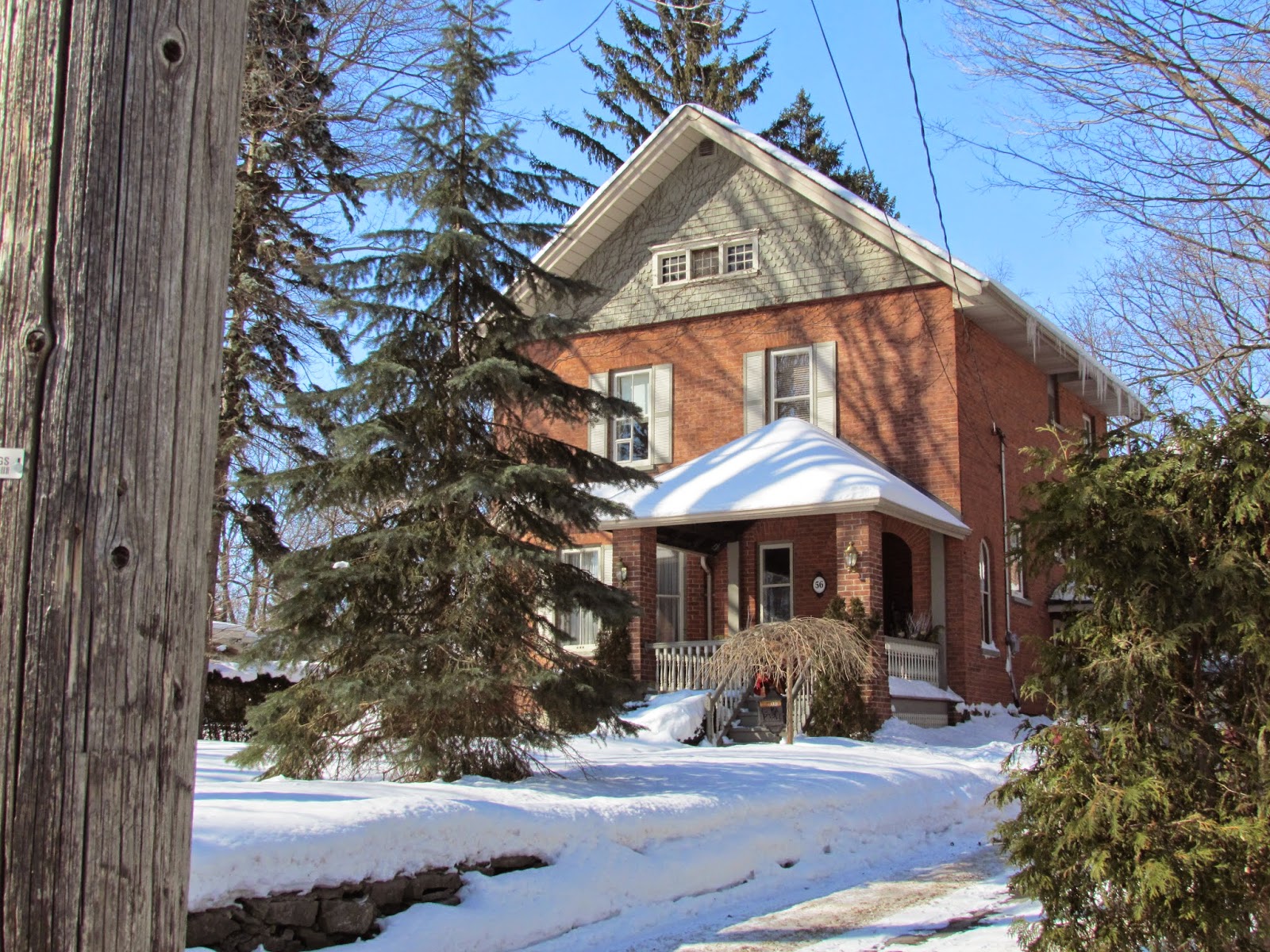 Last Saturday we wandered (if wandering can be the right word for explorations when the fingers freeze onto the shutter, and the fur-trimmed hood drooping over the eyes prevents having a good luck before clicking it!) a number of Lindsay's commercial and residential streets, and found many spots to revisit in the summer. One of the things I noticed was rows of simple, formal, tall two and a half storey homes, with gable end recalling a pediment facing the street. 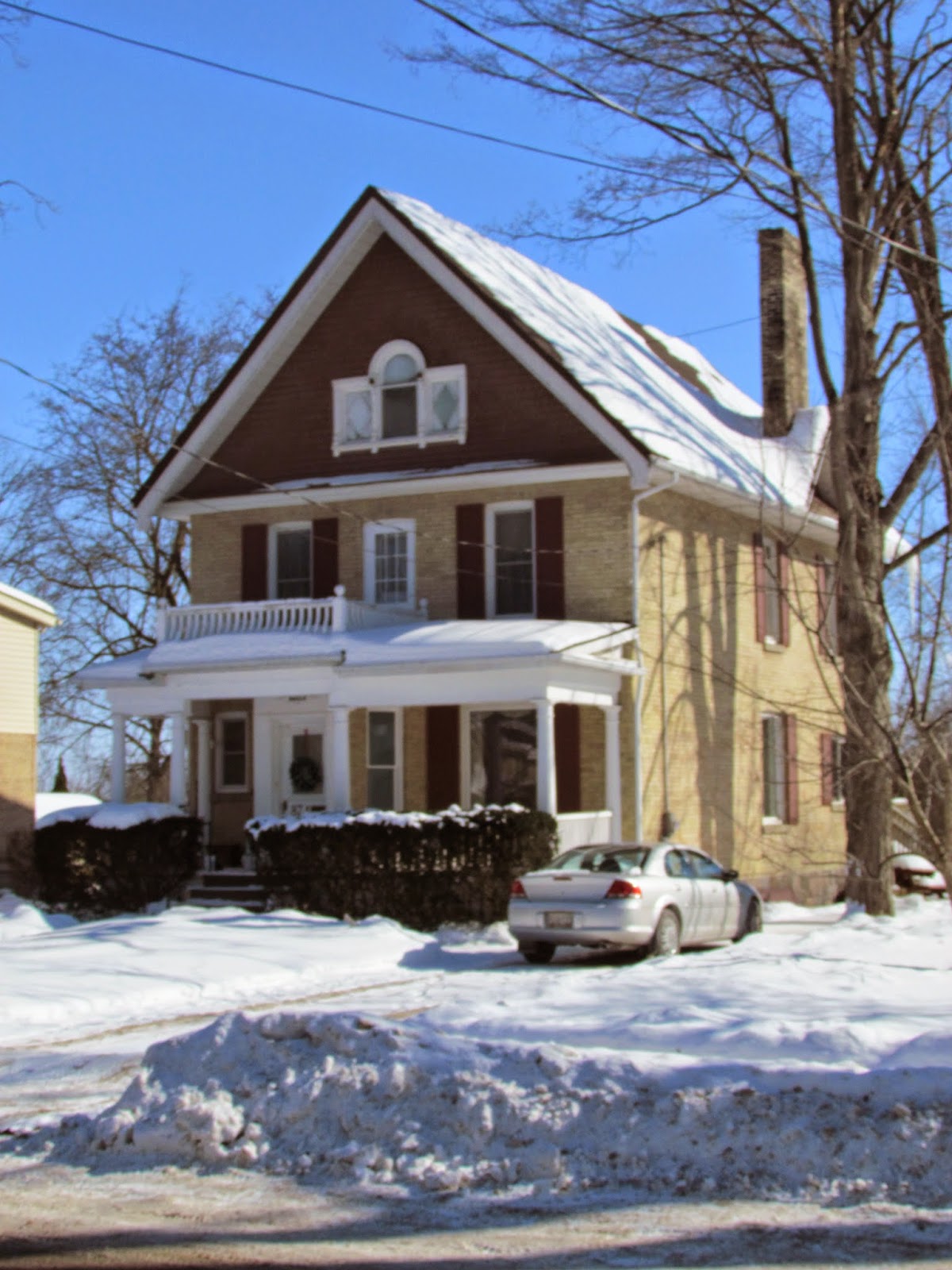 Usually a verandah (sometimes curved) or portico graces the front, its colonettes typically set on squat piers.  A large simple roof; undecorated chimneys. Often a feature window (tri-partite, such as Palladian) in the gable, Balanced facade and unadorned smooth brick (often the mortar is the same colour) provide a refreshing change from the Victorians' overwrought eclectic Queen Annes and Second Empires. 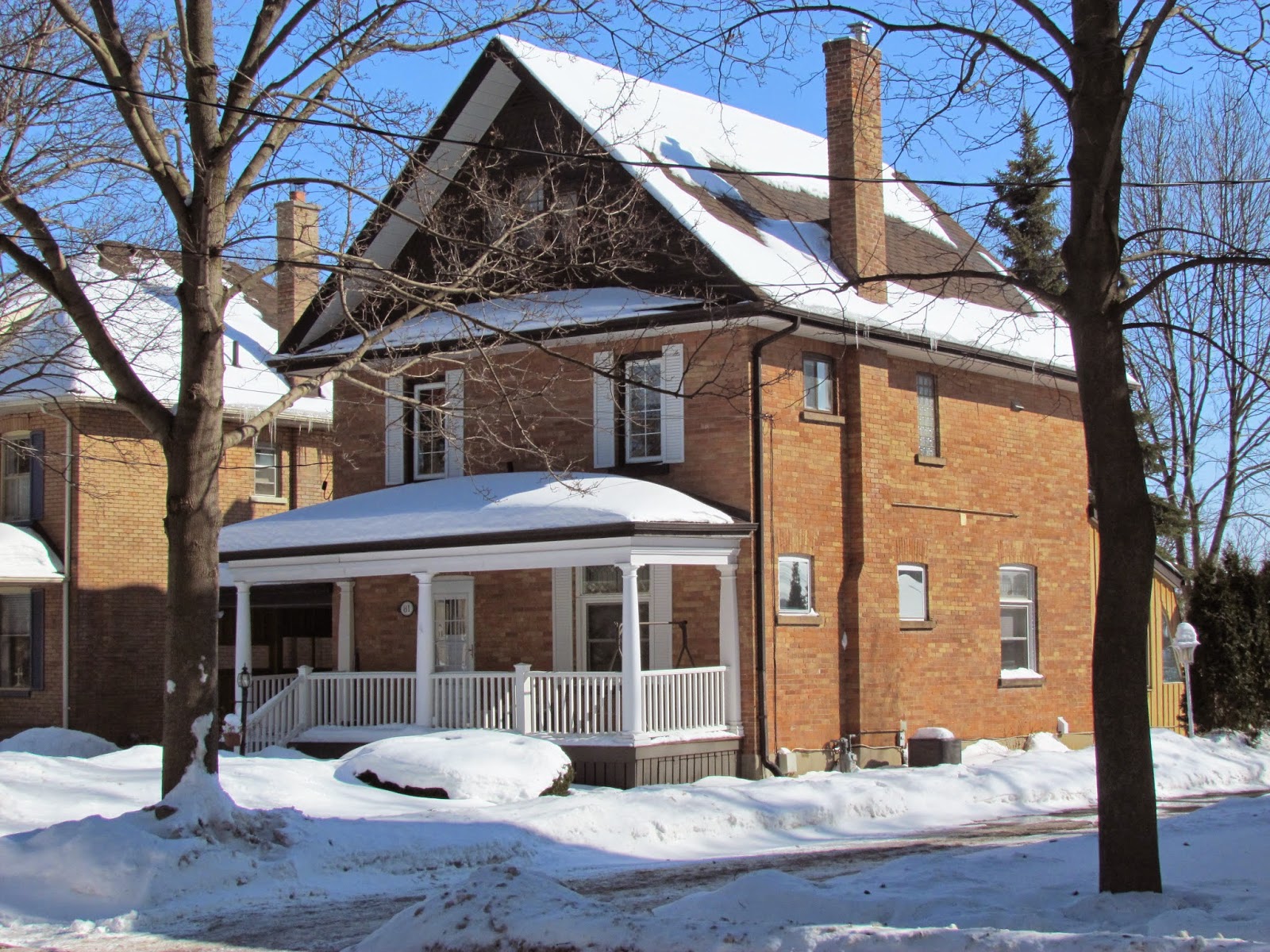 The style's influences were Classical, its attitude was order and simplicity. Appearing between 1900 and 1930, the style is called Edwardian Classicism.


Another Edwardian Classical form is the four-square hip-roofed house. It usually has dormers in each roof section, the large roof with wide eaves supported by flat blocks (compare a Second Empire or Italianate's ornate brackets to appreciate the design change the style represents.) As things evolve, the classical detailing disappears, paving the way for the plainer non-historicizing Prairie and Craftsman styles.

This house in Belleville shows a synthesis of the two Edwardian classical designs. 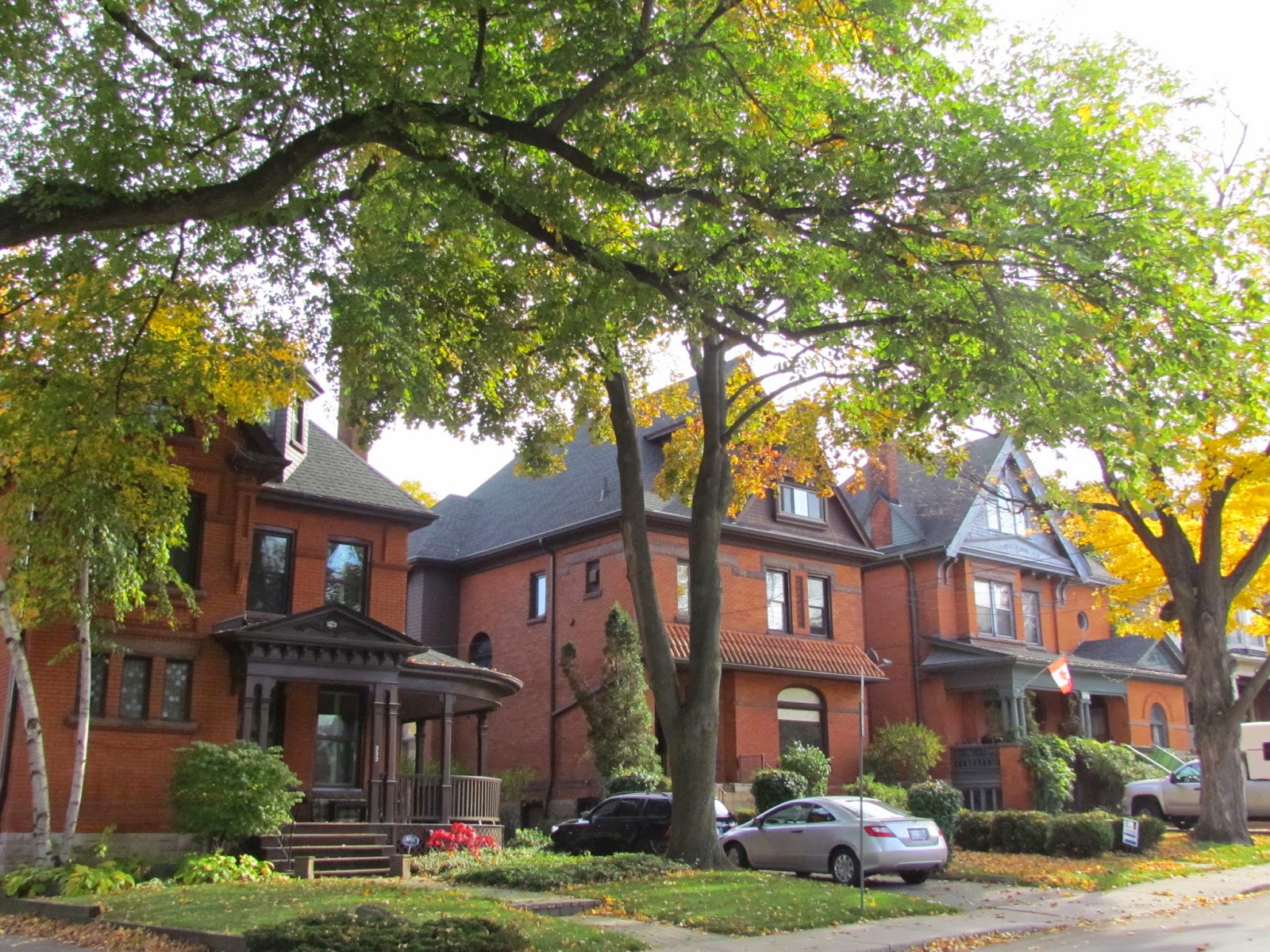 The Hamilton examples are all from the Durand neighbourhood, and show the high style details one would expect from folks of considerable means. 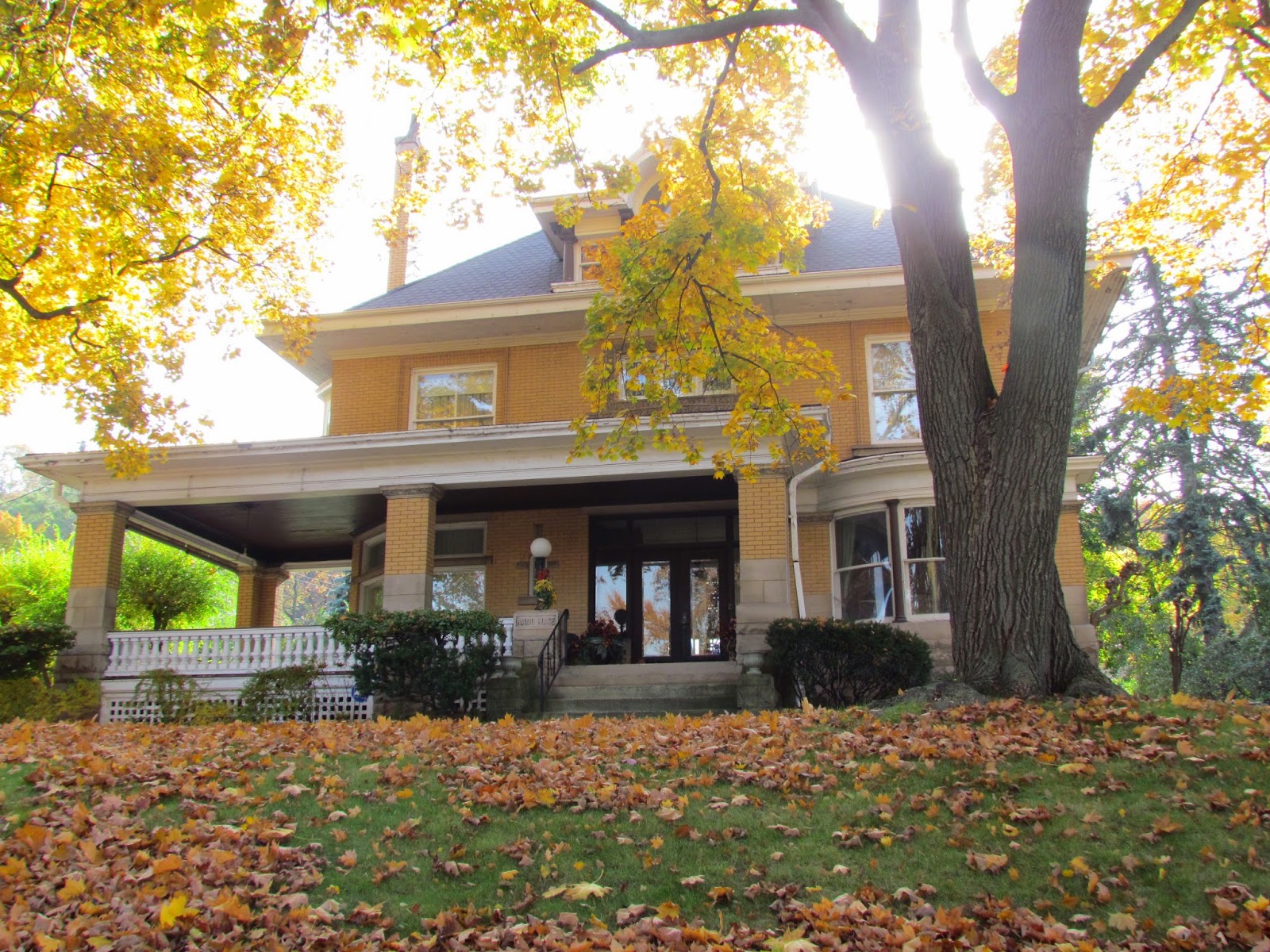 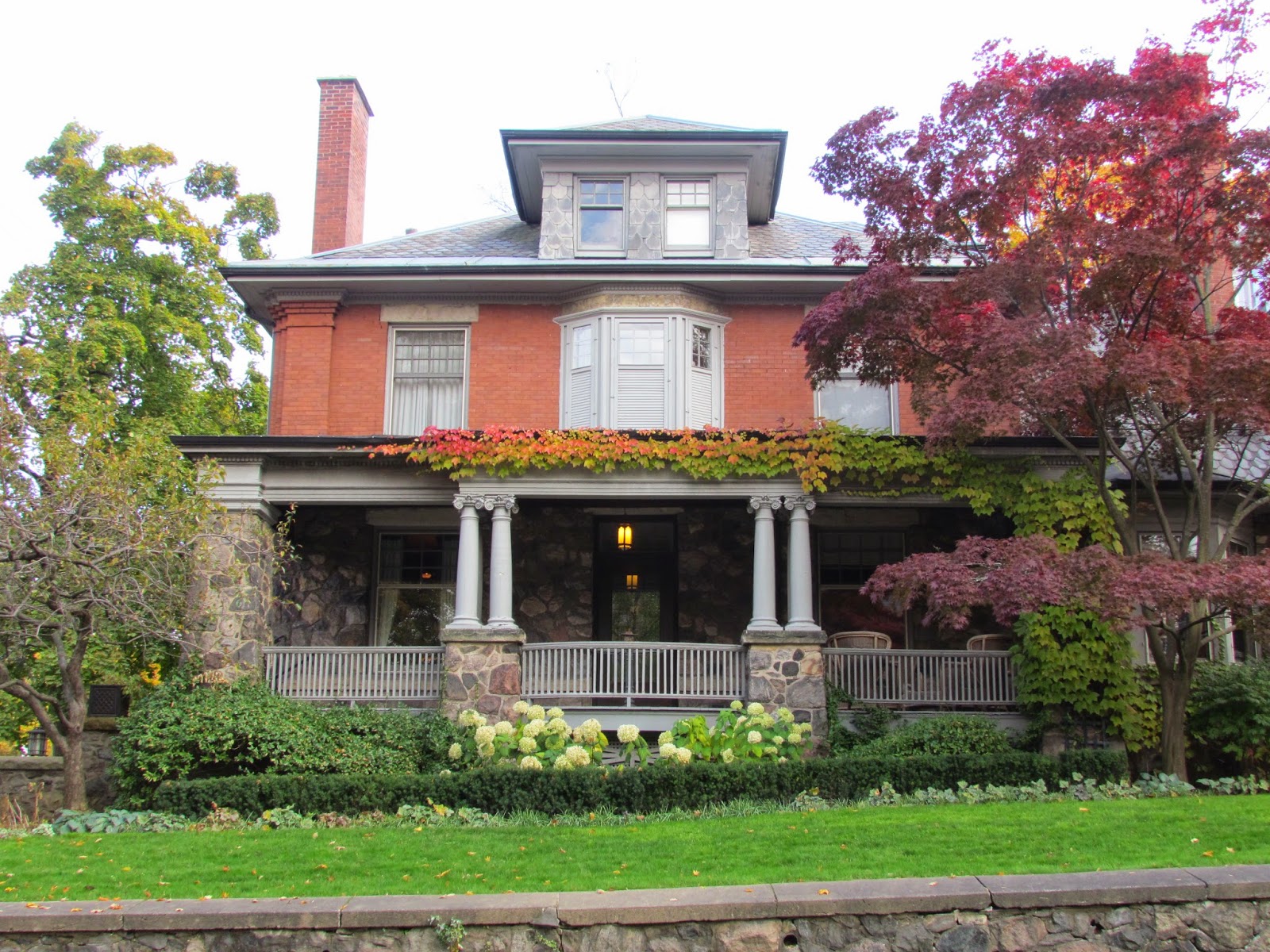 Commercial Edwardian Classicism I'll save for another day. But for now, think Gibbs Surround. If you can't wait, have a look at this amazing blog by Classicist Calder Loth.

Thanks to John Blumenson's Ontario Architecture for helping me see all the elements in these sedate and lovely homes.

Posted by Ancestral Roofs at 1:53 PM