It's been a long flu season, and I've come through unscathed only to come down with Railroad Fever.
Granted this is a term associated with building that yankee Transcontinental Railroad (and with a not-bad rock-blues band) but I think I can safely use it to describe my growing enthusiasm about the railways (not railroads, my train friend Larry explains that RR is used in the USA),and their role in connecting small towns and villages and mines and forestry operations - and dreams- throughout the growing days of Upper Canada and beyond.

I have looked at trains from both sides now (a few towns like Kingston have old rolling stock cemented in place in public parks, I have taken an historic steam train junket on the Royal Hudson in BC,  longed for the dirty old steam days while watching those bucolic intro scenes of Heartbeat, and visited some orphaned and abandoned train stations in various towns looking for rare stylistic features,) but not until this past few days did the railway story become a people story for me. The coming of the railway is all about communities' aspirations and ambitions. The stuff of crazy speculation, of tricky fiscal manoeuvres, of towns' rise and fall. And of people. Their hopes and heartbreak. 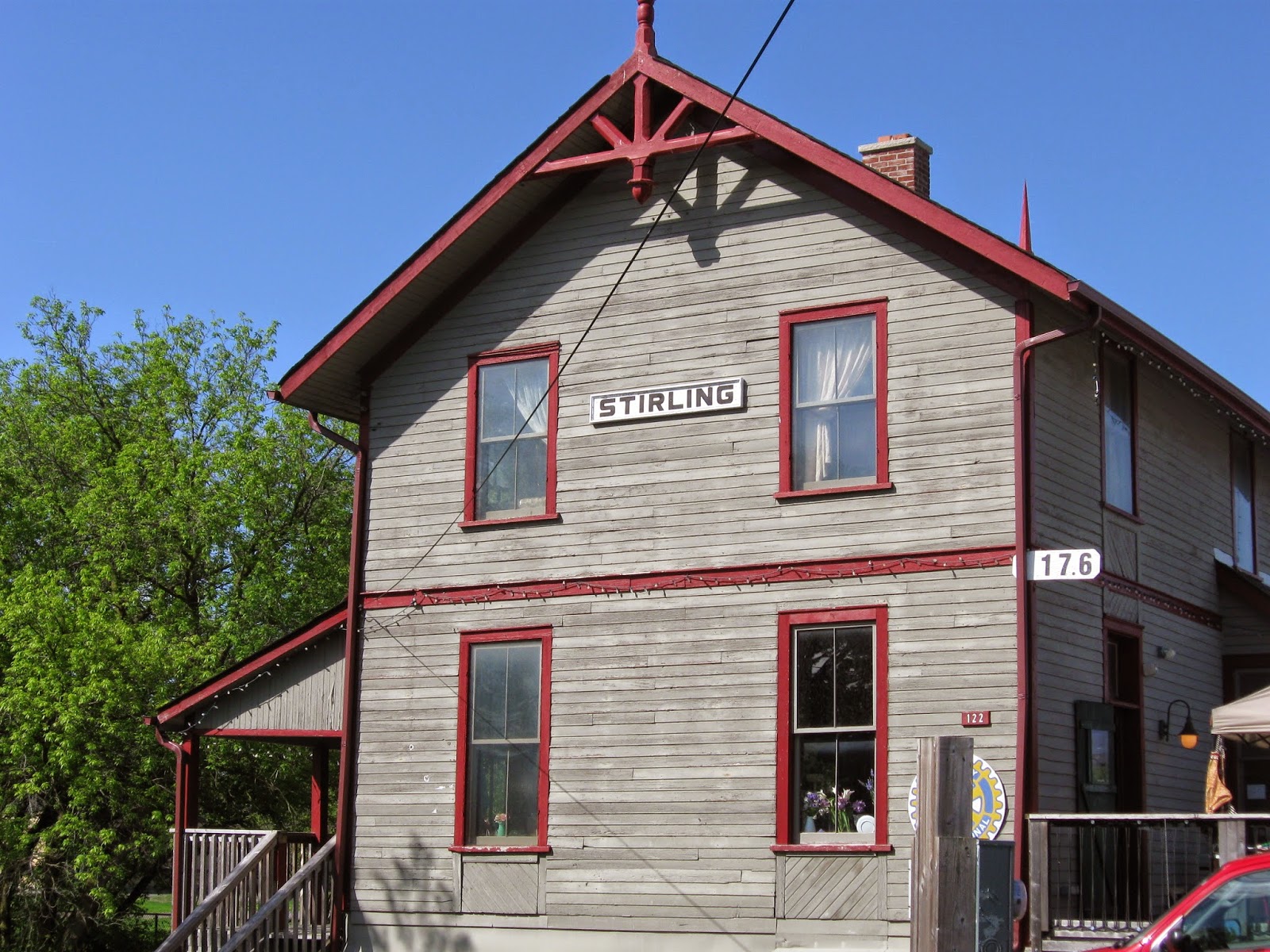 I am immersed in several books by the prolific Ron Brown. The fever began with research into the Grand Junction Railway and its importance to Hoard's Station (more to come in the next issue of County and Quinte Living.) I began to connect the bits and pieces I'd heard over time. And to connect all the tiny branch lines built by boosterish local consortia getting onboard to obtain charters  to link their towns with cities and lakeports, to move produce out and manufactured goods in, and transport people everywhichway, no longer having to depend on waterways which failed them in the long winters. I am starting to fully appreciate the pre-CNR/CP monopoly days of  rail transportation.


Brown writes about the train stations in The Train Doesn't Stop Here Anymore. Their neglect and demolition is such a loss of our history. Some still stand. Overlooked and underutilized, or converted to homes or cafes, they stand today in Belleville, Havelock, Tamworth, Queensborough, Napanee. My summer plan is to visit/revisit railway stations, learn about the local line which linked them, and so put together another piece of our history for myself.

The tracks were pretty much gone by the early 1980's, but passionate local groups have fostered the development of recreational trail systems along their lines. I know many folks who cycle and snowmobile these links with the past; guess it's time to join them.
Posted by Ancestral Roofs at 10:24 AM