Years and years ago I received, as a joke gift, a book entitled Light on Dark Corners. The volume was a Victorian manual purporting to introduce things sexual to the reader. In very veiled terms. Emphasis on purity. 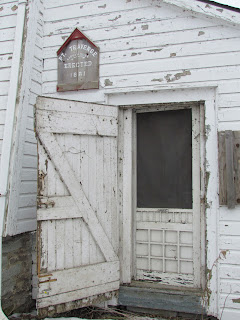 Seemed apt for a post about our lighthouses, and the dark days they are facing, The Federal Government (Fisheries and Oceans Canada - DFO) has begun a process of stepping away from their lighthouses, a divestment which sees many local lighthouse preservation groups stepping up,  struggling to preserve this part of Canadian history. Other lighthouses, like my favourite Point Traverse, seem to be left to that handy solution, neglect. I've written about this in previous posts. 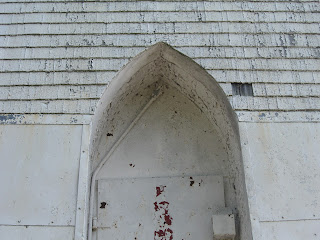 Earlier this summer I visited some great websites containing news about encouraging local preservation initiatives, so I want to share them. The Presqu'ile Point Lighthouse Preservation Society is holding regular events to raise funds to save the iconic deteriorating lighthouse that draws Provincial Park visitors like moths. 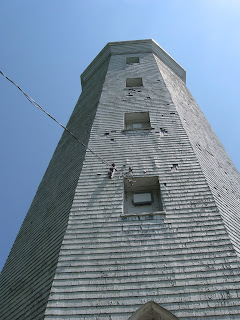 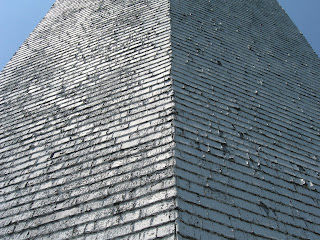 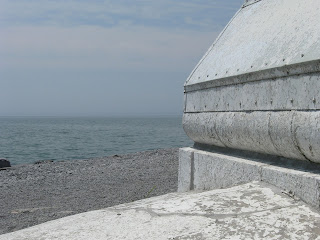 Closer to home is Prince Edward County's  'Save our Lighthouses' website which provides a status report on each of that County's important old lights.

Don't know how up to date the site is. I checked the status of Point Traverse (Prince Edward Point) lighthouse; appears there is (was?) a petition being circulated.


And in other (lighthouse) news.
I heard this spring from regular AR visitor Mark of a victory in Nova Scotia, in which he played a part as writer, researcher and general-duty enthusiast.


A colleague from the Nova Scotia Lighthouse Preservation Society contacted him to share the news that Sambro Lighthouse (est.1758)  had been recognized as the oldest standing and operating lighthouse in the Americas. Its future seems secure.

And as a postscript, I share this. Mark sent an link to a massive online collection of old Toronto maps. Browse some of the early Toronto harbour maps. Imagine the HMS Speedy setting sail on its fateful last trip down Lake Ontario shore in October 1804, towards the never-to-materialize site of the new district town of Newcastle (near Presqu'ile Point) using just such a chart as one of these.

That lighthouse was just 36 years too late.
Posted by Ancestral Roofs at 6:37 PM