I spent yesterday in and around Grafton, one of those many areas to which I've long promised myself a day-trip. Sure, we've been to Barnum House several times over the years, but my acquaintanceship with the other great early houses along the King's Highway was more on the order of "oh, look at that!" as we passed by. Promises of next time. 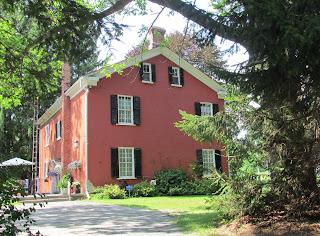 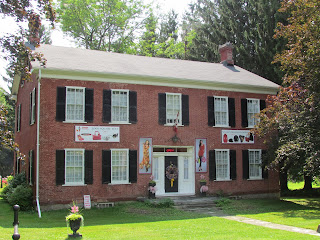 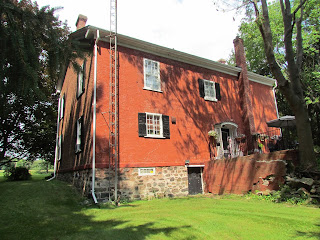 Yesterday that changed.  A day of lovely chats. One very special one,  with the owner of an 1812 commercial building in town. Pat's been around town a long time, and has the backstory on many historic buildings. And is happy to share. Then there was the short drive along the "unassumed" portion of the old Danforth Road. Those bits of historic geography make the hairs on the back of my neck stand up - so much resonance. Ghosts.

Then time spent in several old cemeteries, studying memorial artwork on the crusty old stones.That final turn on the way toward Lakeport, pulling out of the trees and farms to Wicklow beach, and the serene expanse of Lake Ontario.


Rested my full brain, listening to the waves lap. Or was it the first settlers murmuring stories? Then the long way home, via Shelter Valley road through Vernonville. 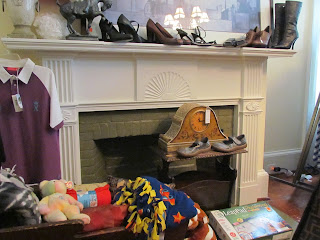 One chat stood out. At the western end of Grafton, I parked on Brimley sideroad, the better to look at a stately brick Georgian with lots of history. I took some shots from the front, marvelling at the massive old trees on the property, and enjoying the sight of a healthy cornfield just across highway 2. Noticing the boutique signage. The 'For Sale' sign. 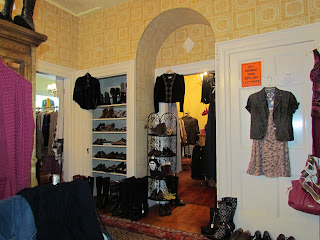 The owner invited me in, and the next half-hour or more was spent marvelling at - the house, the inventory (because the house is currently home to Strut boutique, the most eclectic and appealing fashion collection I have seen in a long time. Even made this non-shopper wish for a bigger budget!) Here's a link to Strut Fashion Boutique.. 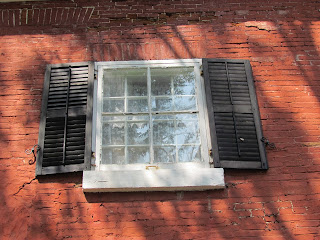 The interior details of fireplace mantels, architectural arches, simple wide early staircase, and finally the owner's own story, made up for my regret at my impecunious state. 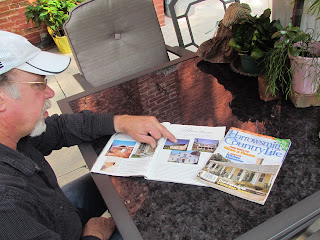 Over the years Chris has moved, dismantled and rebuilt, and otherwise restored a number of old homes in the area (he showed me Harrowsmith and Century Home articles written about his projects.)

He bought this wonderful old house a few years back, changed the zoning to commercial (oh, I could see a prestigious law office or consulting firm based in this heaven, a work at home solution close to Toronto via the 4 lane solution.) Now the family's priorities have changed, and they want to pass this historic house on to new owners (with or without the boutique inventory.) 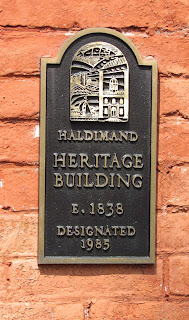 There is still much to be done. That's waiting for the new owners. Here's the Century 21 listing.

Here's what McBurney and Byers have to say about this house in the 1971 old-house classic Homesteads:

They deem it, along with Spalding's c.1835 inn next door as "two of  the finest nineteenth-century brick buildings in the province" and go on to describe its owners:

..."the Steele house, the home of Thomas Spalding's daughter Mary and her husband John Steele of Colborne."

Mrs. Steele ran a girl's boarding school in the home in the 1840's according to the authors, and it later served as a retirement home for retired Hudson's Bay factor John Dougald Cameron. Wonder what the next owner will do?

Posted by Ancestral Roofs at 3:51 PM