Now, I am drawn to the simple serenity of early homes. I spotted a couple of them during a Kingston walkabout some time ago.


By way of cleansing the palate, after thinking about High Victorians for the last while, I offer this collection of simple, serene, unpretentious early homes.


The frame home above was built as a boarding house. It's now covered with stucco, and beautifully kept, with its plain neat garden fence. I love the top left window - hardly enough space for it. Wonder what the story was? This house  makes me think of Lawren Harris' early Toronto house paintings - which I adore. 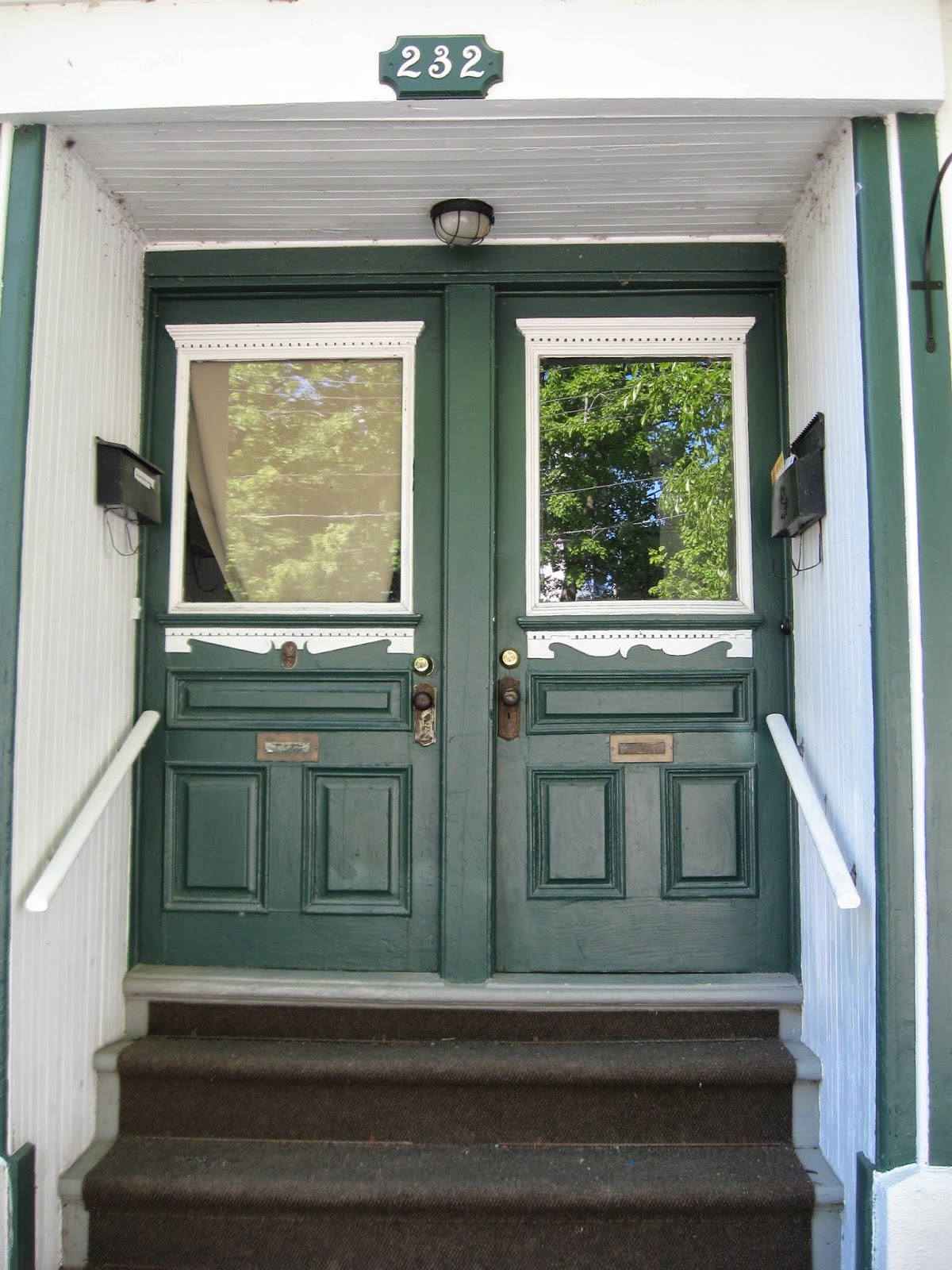 Here's another frame house covered in stucco, a rarity in this brick and stone neighbourhood. The Register of Historic Places is very excited about this "unique and important element in the streetscape", as it has a  rare brick and stone Victorian coach house behind it. The home's tight-to-the-sidewalk placement and its narrowness compared to its width, earmark it as early. Documents suggest the house might be as early as 1812. The dry-dock Davis family lived in this double house.

I love the simple 'eared' wooden window surrounds, the deepset double doorway with the scrollwork trimmed doors, described as Victorian (that's a wide date range, folks). The Register reports many of the windows are original. I love the green bit with trees in front, and the way it stands separate from later buildings on either side. Respect for the old ones. 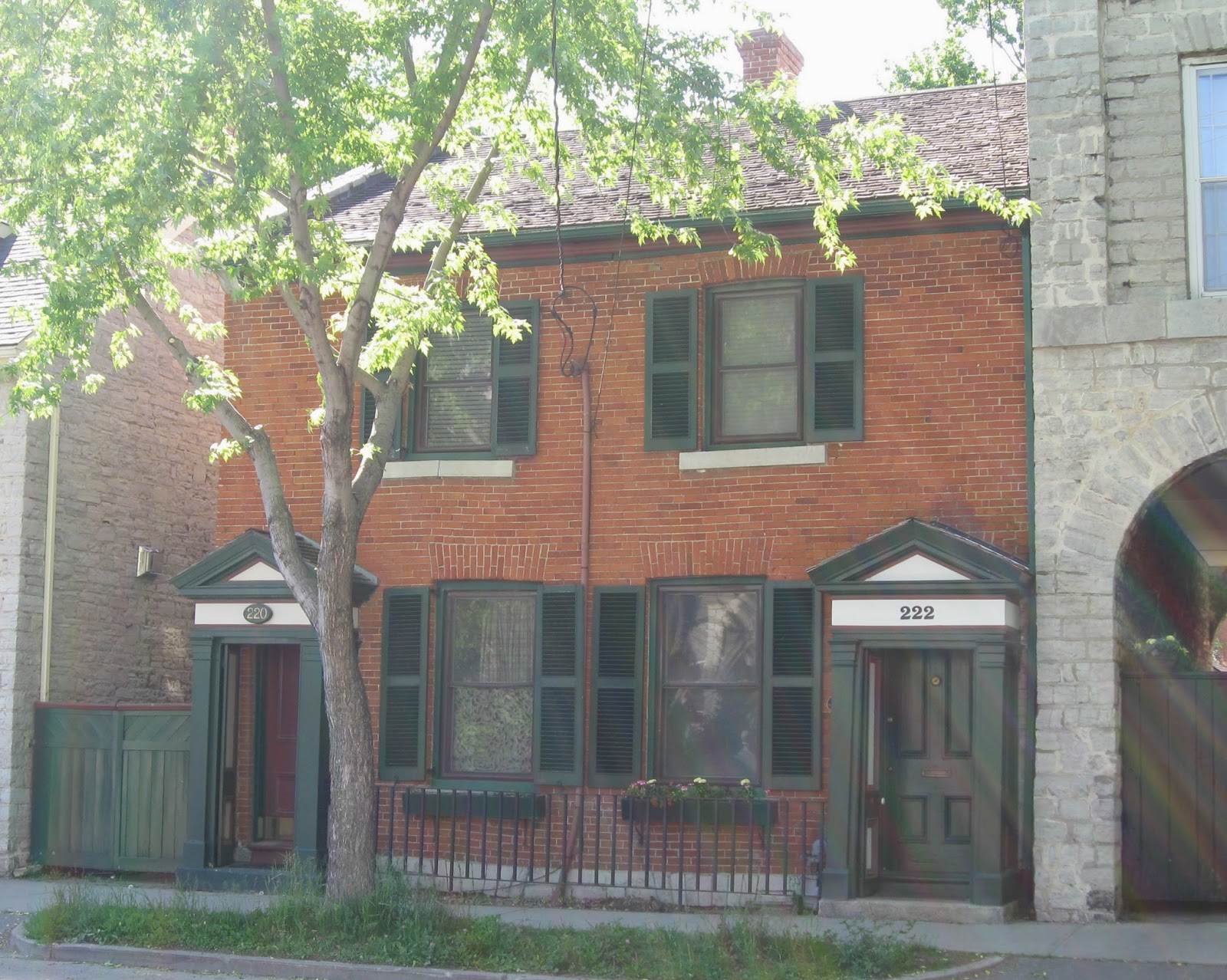 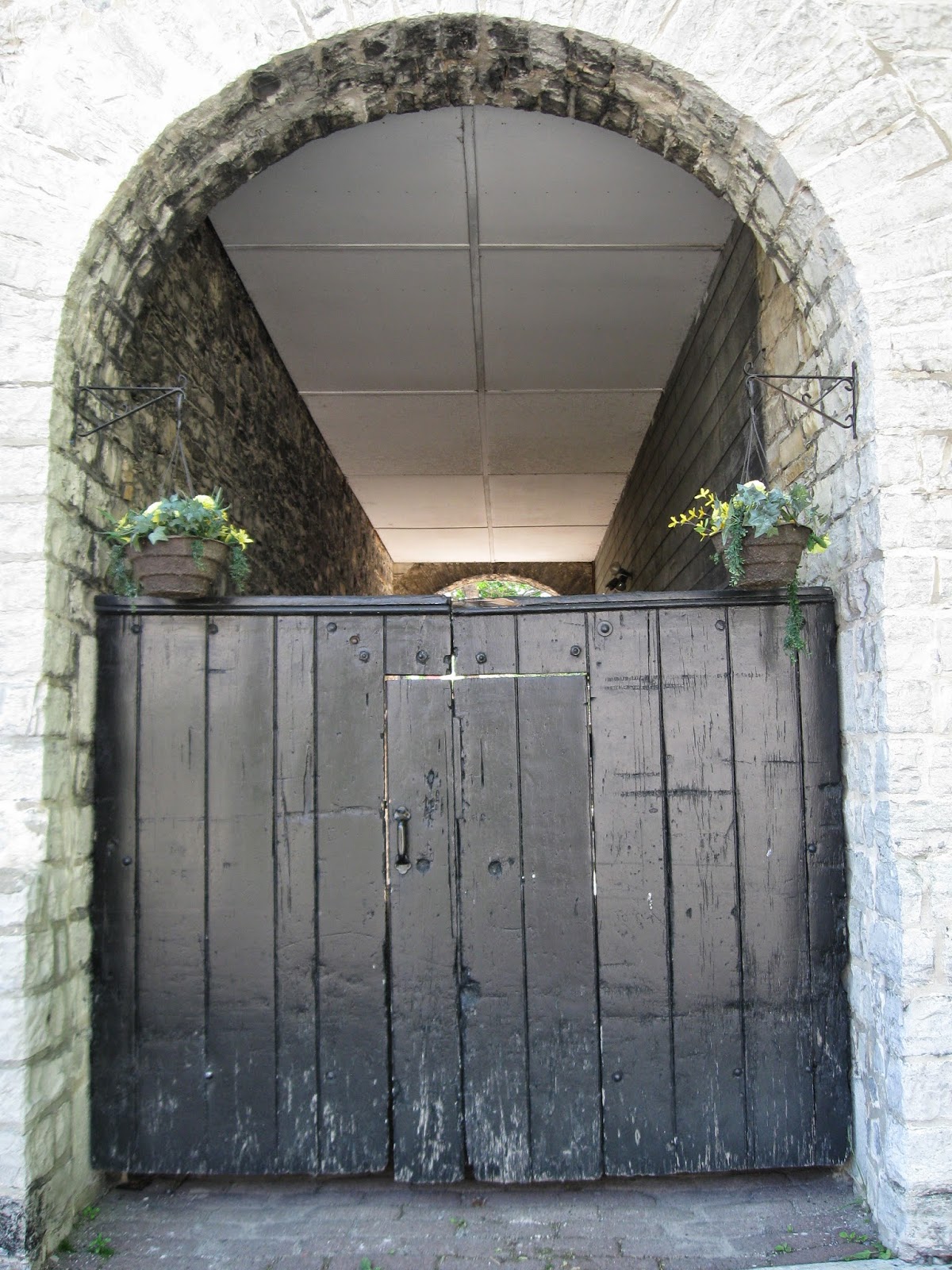 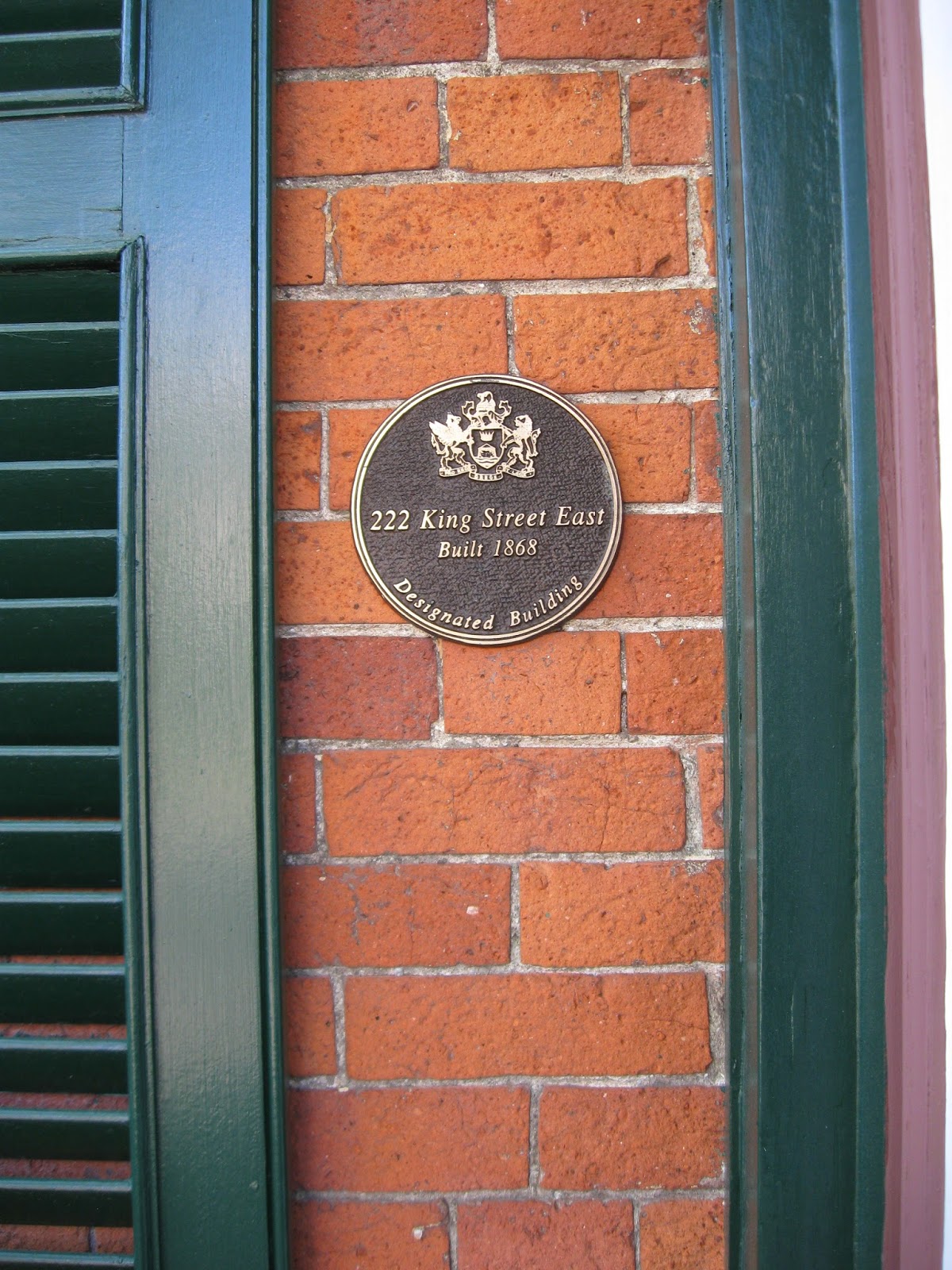 This small red brick Georgian double house is best seen in company with its neighbours, which you can do via this super Googlemaps  panorama. The designation plaque tells us it was built in 1868. Haven't found any other info. The 1843 limestone two storey structure to the right has a lovely inviting carriage-way to the back. Flowers everywhere. A vast improvement over the days when the courtyard was home to the family's horses. 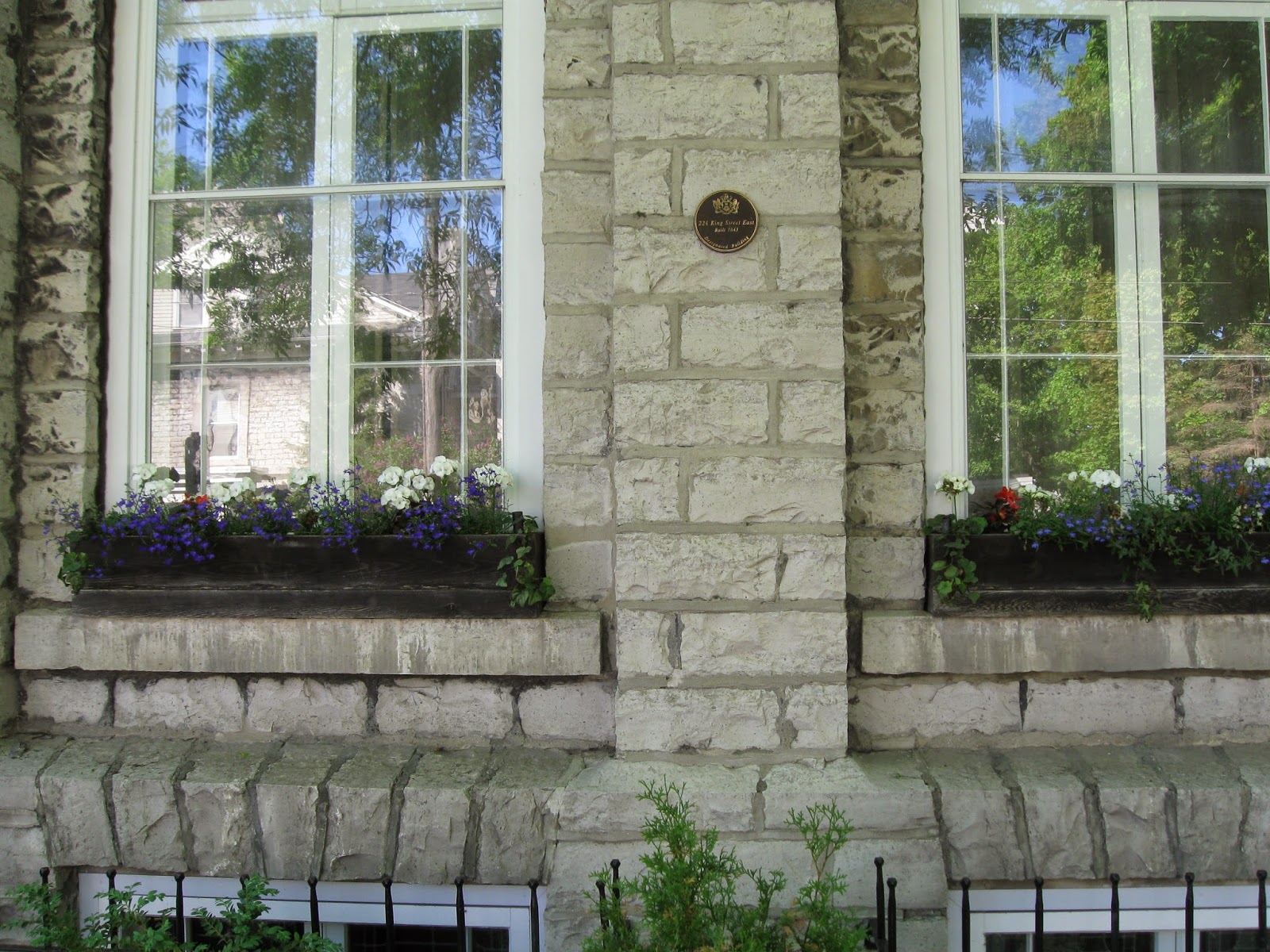 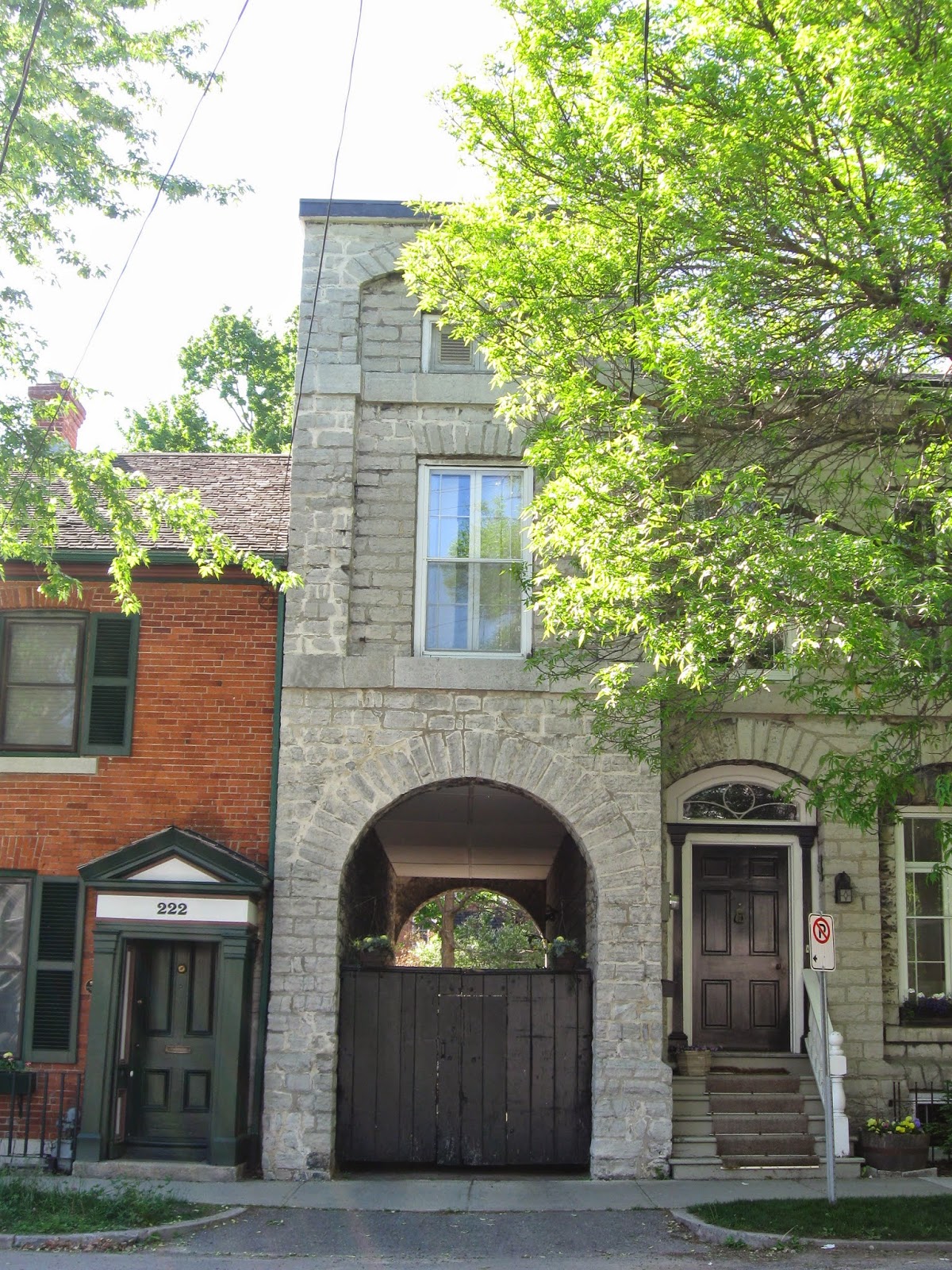 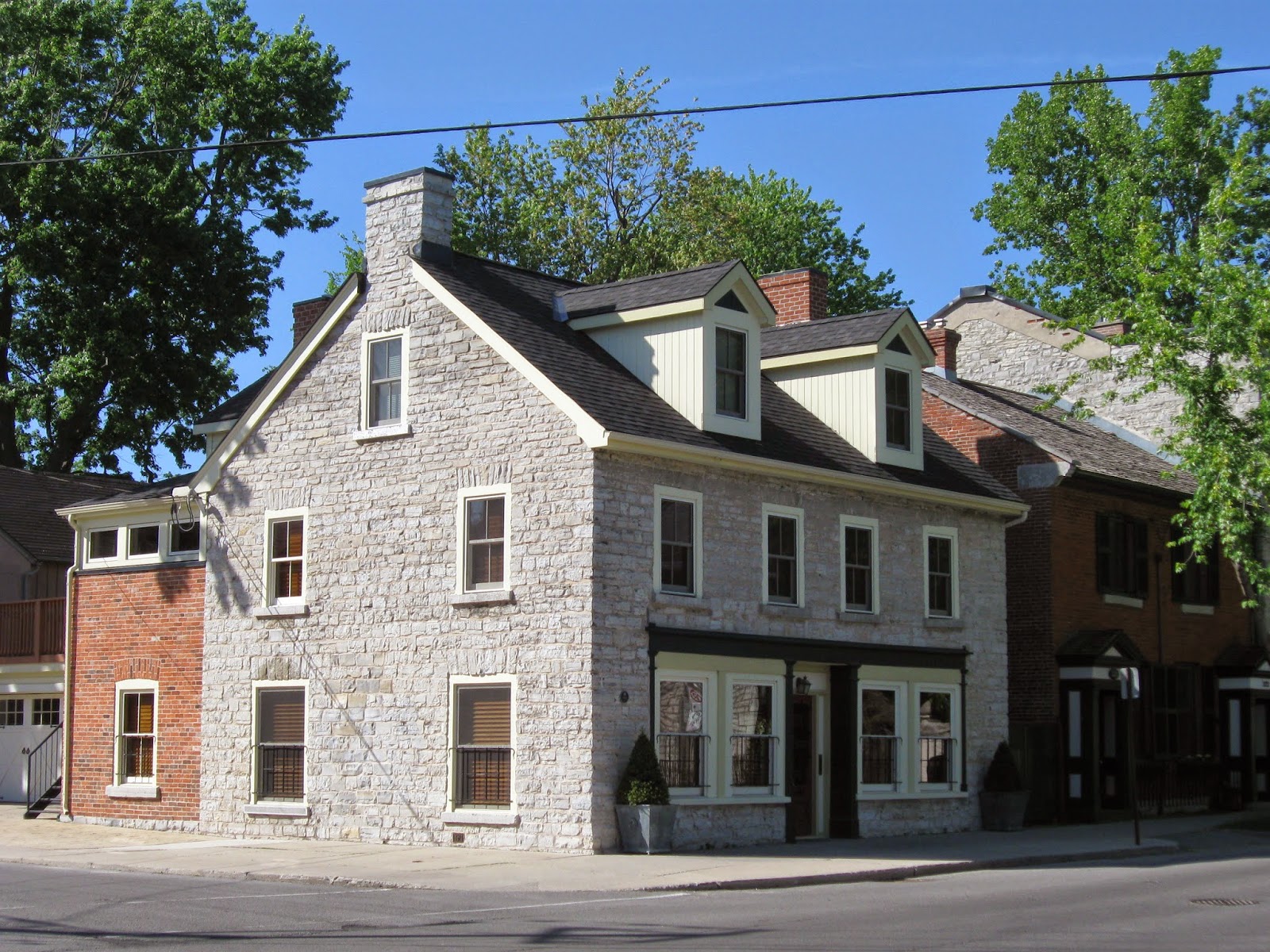 This little store completes the King Street grouping. It was built originally as a house (1833) but changed over to a store by 1850.
A house doesn't have to be huge to be grand.
Lawren Harris knew that. 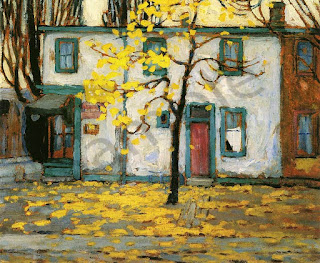