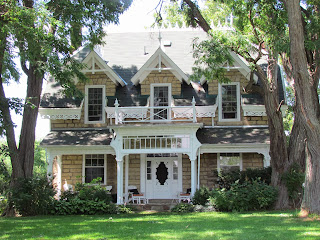 Back in August I wrote about fetching stone house on highway 2 just east of Lansdowne. The Mitchell house was written up in the newsletter of the Historical Society of the Front of Leeds and Lansdowne in June 1996.

This newsletter attests to the longevity and tenacity of heritage enthusiasm and scholarship in this area - built heritage awareness that makes a drive in the countryside thereabouts, or a day trip to Brockville, such a delight. 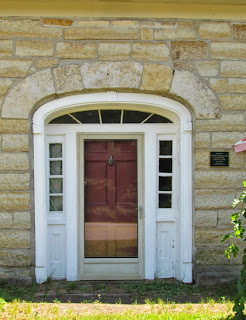 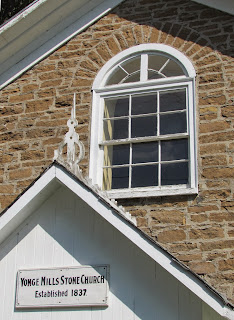 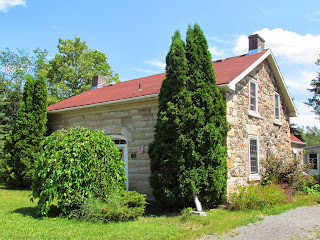 As I travelled around the 'front of Yonge', a civic construct I have yet to fathom, I was enchanted by the tiny neat houses of honey-coloured stone (limestone or sandstone?), the precision of the worked stone, and the massive size of some of the blocks formed into walls, voussoirs, and arches. 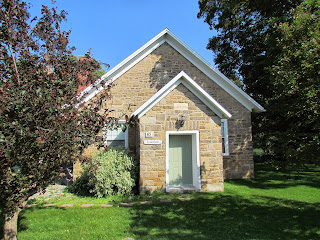 I've captured a few here on a summer afternoon in August. My drive led me from Lansdowne east on highway 2 to Brockville, north to county road 27 and home along that lovely stretch of road. As a result, I cannot recall exactly where I fell in love with each of these stone buildings. 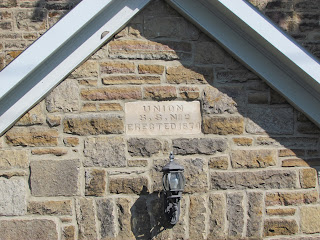 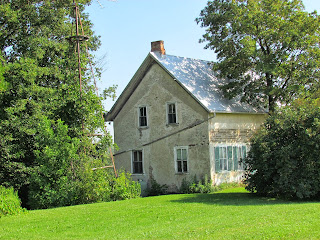 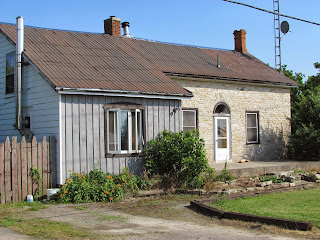 Even at their most neglected, or when unsympathetically modified, these little stone houses keep their dignity. 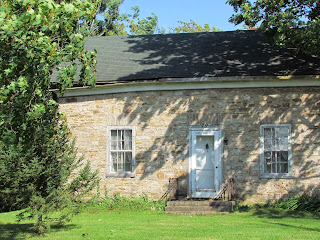 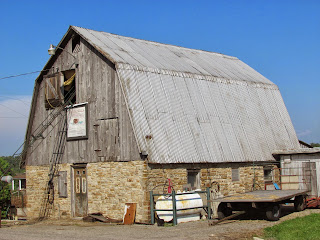 Not surprisingly, stone was pressed into service on the farm. 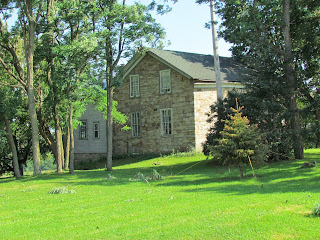 All houses benefit from a picturesque location. Stone houses - positively. 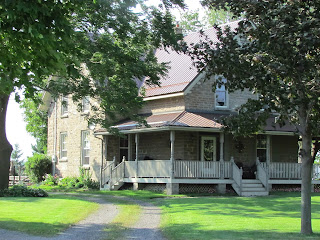 The newsletter revealed the history of the area's stone houses, most of which date to the latter years of c.19. "After the completion of the Rideau Canal in 1832 highly trained Scottish stone masons became available in the area extending from Trenton to Prescott and Ottawa known as the 'Rideau Corridor'. Their technique is a personal statement of their masonry; it is similar to brickwork in which the stone has been painstakingly cut in blocks and laid in even courses." The writer goes on to say that the sandstone used in the construction of the Mitchell House (and I suspect, in many of the honey-coloured homes in the area) was from a quarry near highway 2. (article by Ruth D. Chisamore)

Posted by Ancestral Roofs at 2:05 PM