If it looks like stone, and works like stone, and lasts like stone...it isn't necessarily stone. For some time I have had a sneaking suspicion that some of the architectural adornment on buildings I admire is not what it seems. My explorations into terra cotta last month and cast iron more recently have caused me to become suspicious (well, curious) and intrigued about what things are made of. Not just let myself be drawn to their exterior beauty. A good approach for judging everything from food to people, I would offer. 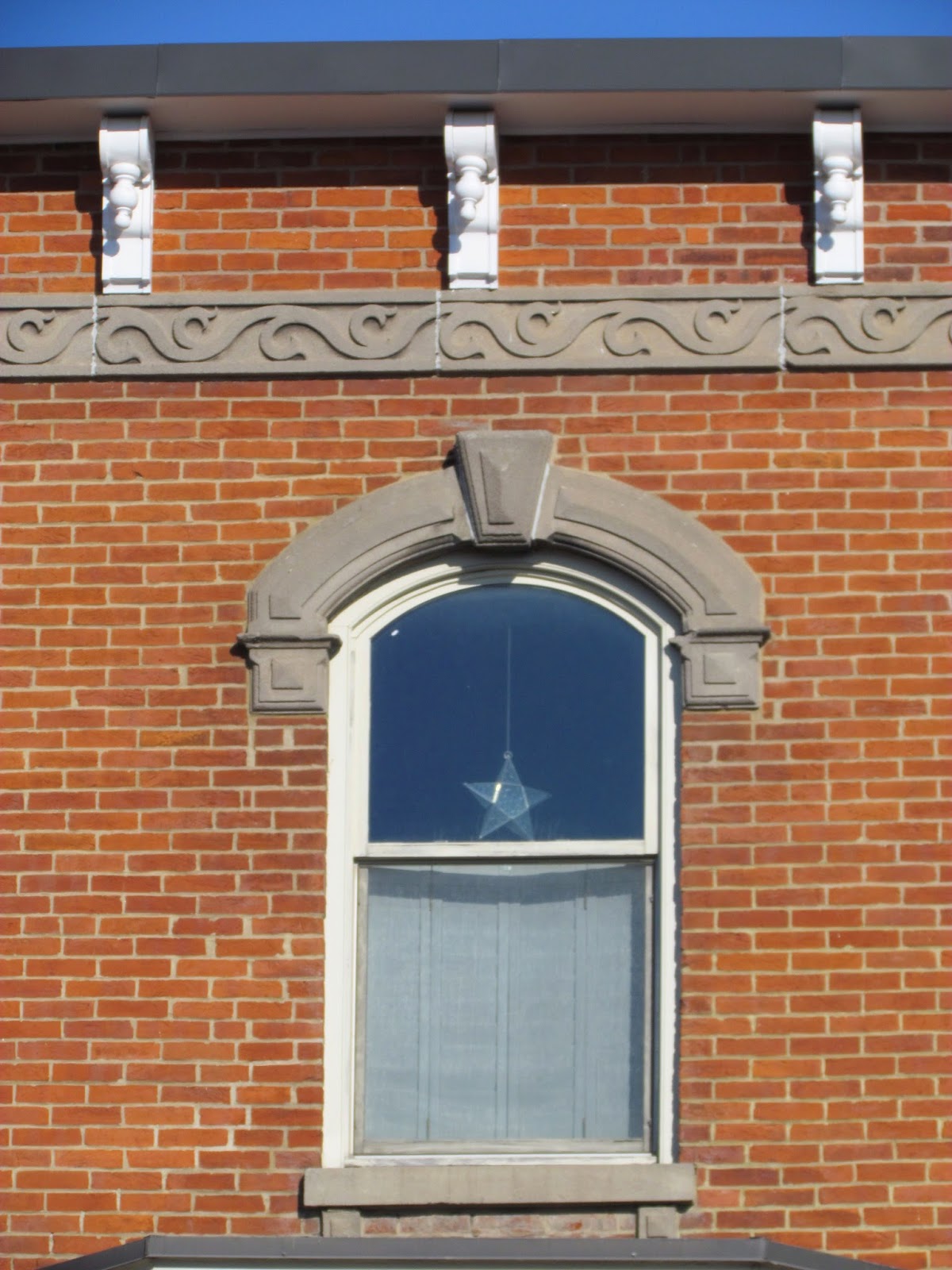 In Toronto, I notice that no less an organization than the Ontario Heritage Trust is working on restoring their own headquarters- the prestigious 1907 home of the Canadian Birkbeck Investments and Savings Company. There is a detailed description of the role that artificial cast stone played in making the place splendidly Beaux Arts, on the OHT website (and a photo, which I regret I cannot offer you). The article explains that the facade has both natural and artificial cast stone elements.

Concrete is being widely used in restoration activity; moulds can be made of existing masonry elements, and missing ones replaced with faithful replicas. All good. Here's a link to an ERA project preserving an 1850/1910 masonry facade, "casting concrete to simulate quarried stone." Ah yes, we all know how we feed about Toronto's facadism approach to heritage preservation. But it is something. The article goes on to explain the need for "intensification of heritage fabric" in its new neighbourhood -did I mention the newly preserved facade is being moved to a new address?


I found a couple of interesting books in my casting about (poor pun, unintentional I swear) for information. Reinforced Concrete and the Modernization of American Building 1900-1930 appeals to the structural concrete fan. Another, Arts and Crafts Architecture: History and Heritage in New England contains a chapter entitled Stucco, Concrete and Steel and describes "architects committed to quality craftsmanship [while] receptive to the potential of new building products." A discussion of Rockledge, a massive 1910-12 summer retreat profiles the use of 'new' reinforced concrete, and the use of "modelled rather than carved work" to make sculptural elements more affordable.

On the website of the The Technical Preservation Office of the U.S. National Parks Service is a brief , 'The Use of Substitute Materials on Historic Building Exteriors,' which establishes the 'ethic' of using simulated stone. Repair when possible, replicate accurately if necessary. Do no harm.

I have spent a goodly amount of time this afternoon getting my head around concrete, cement, and cast stone, their definition and composition. Concrete is composed of water, aggregate and cement. Cement is a binder, which holds other materials together; different formulations have been used throughout history.Sexy stuff.

A somewhat bizarre website 'ancient-wisdom.co.uk' (here's a link) contains references to the use of limestone concrete in ancient civilizations. And of course, we all know that Ancient Rome possessed the secret of concrete, but the recipe was lost during the Middle Ages (a fact which always astonishes me - how dramatic a turn in civilization's fortunes, to have lost such learning!) and only resurfaced in the mid-1700's.


On Wednesday, beloved and I made a trek to Novel Idea - and independent bookseller (that in itself is a novel idea these days) with a great local history department (to pick up my own copy of Jennifer McKendry's Into the Silent Land to direct me in some cemetery research).  I spied this impressive facade at  187-89 Princess Street (you'll have to Streetview it here, as it was too darned cold to take a photo). Cast concrete window surrounds? Dunno. All those repetitions would rather tax the stonecarver's art. But no info online about this building - the construction date would help. By the turn of the last century, commercial buildings were regularly opting for cast concrete decorative elements.

So, another ongoing project. Is it stone or is it concrete? Books on cast iron facades suggest travelling about with a magnet, to confirm identification. What's it to be now - a dental pick?

I hope to return with more local examples of concrete buildings. Once the temperature lends itself to outdoor photo hikes, and the spring sun warms their little concrete facades.

Posted by Ancestral Roofs at 12:28 PM