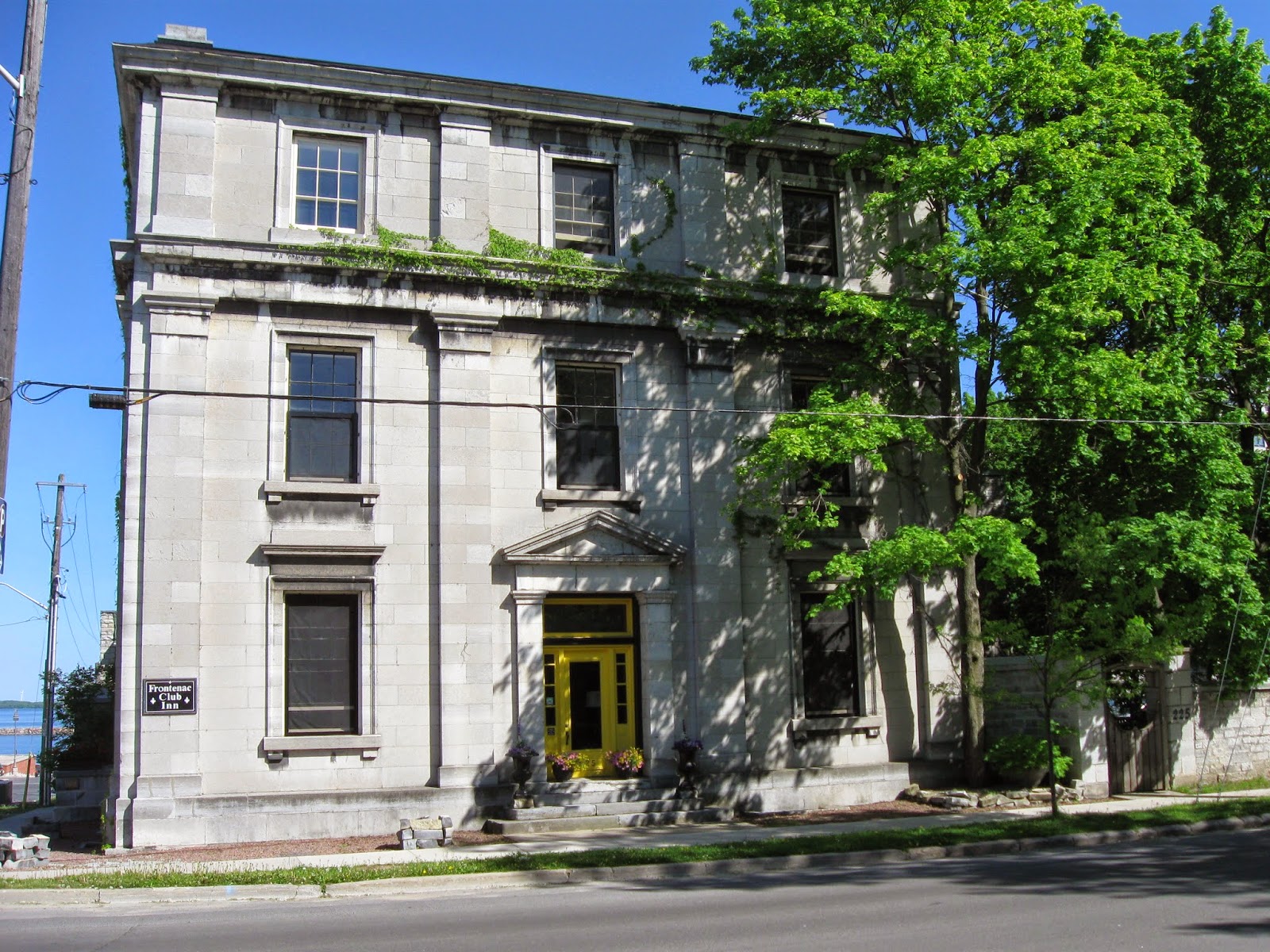 I love this building, one of downtown Kingston's well-bred limestone presences. At the corner of King and William Streets, it was built in 1845 for the Bank of Montreal. In a custom which seems strange today, the second floor housed the bank manager and his family, the top floor the male bank tellers, required to live on site.

The bank outgrew its quarters and moved in 1906 nearer the City Hall and Market Square, and this lovely ashlar with its pilasters, window surrounds, masterful cornice and pedimented doorway was sold to the post Frontenac Club. 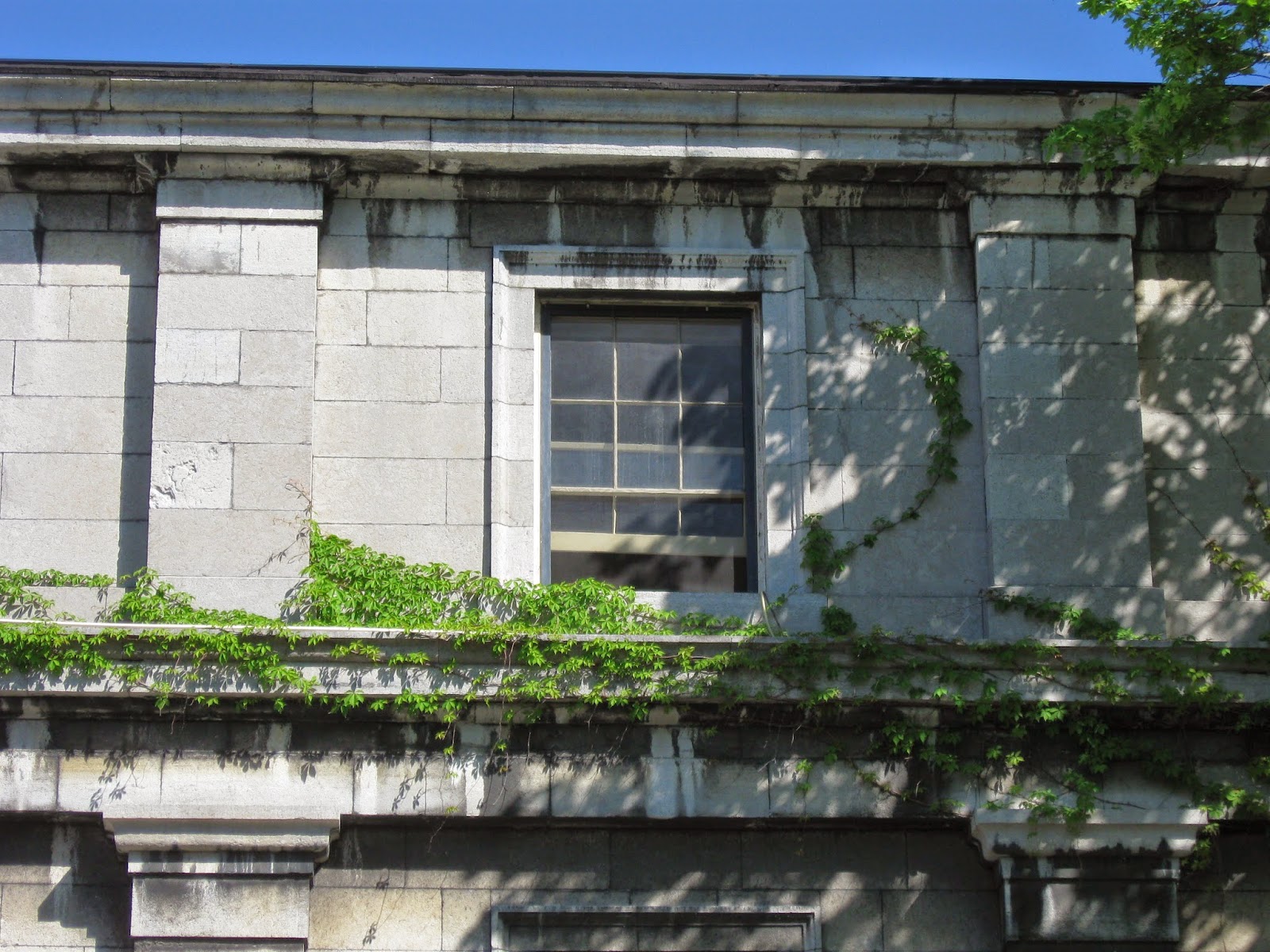 In 1908, the impressive building was reopened as a gentleman's club, where hobnobbed "leading Kingstonians, garrison officers, faculty of Queen's University and the Royal Military College, along with members of the 14th Battalion (Princess of Wales Own Regiment) Officer's Club." *

Incidentally, I just found a YouTube clip posted by Brian Judge,  of Lady Diana visiting POWOR in 1991 - begins at about 2:00 minutes. 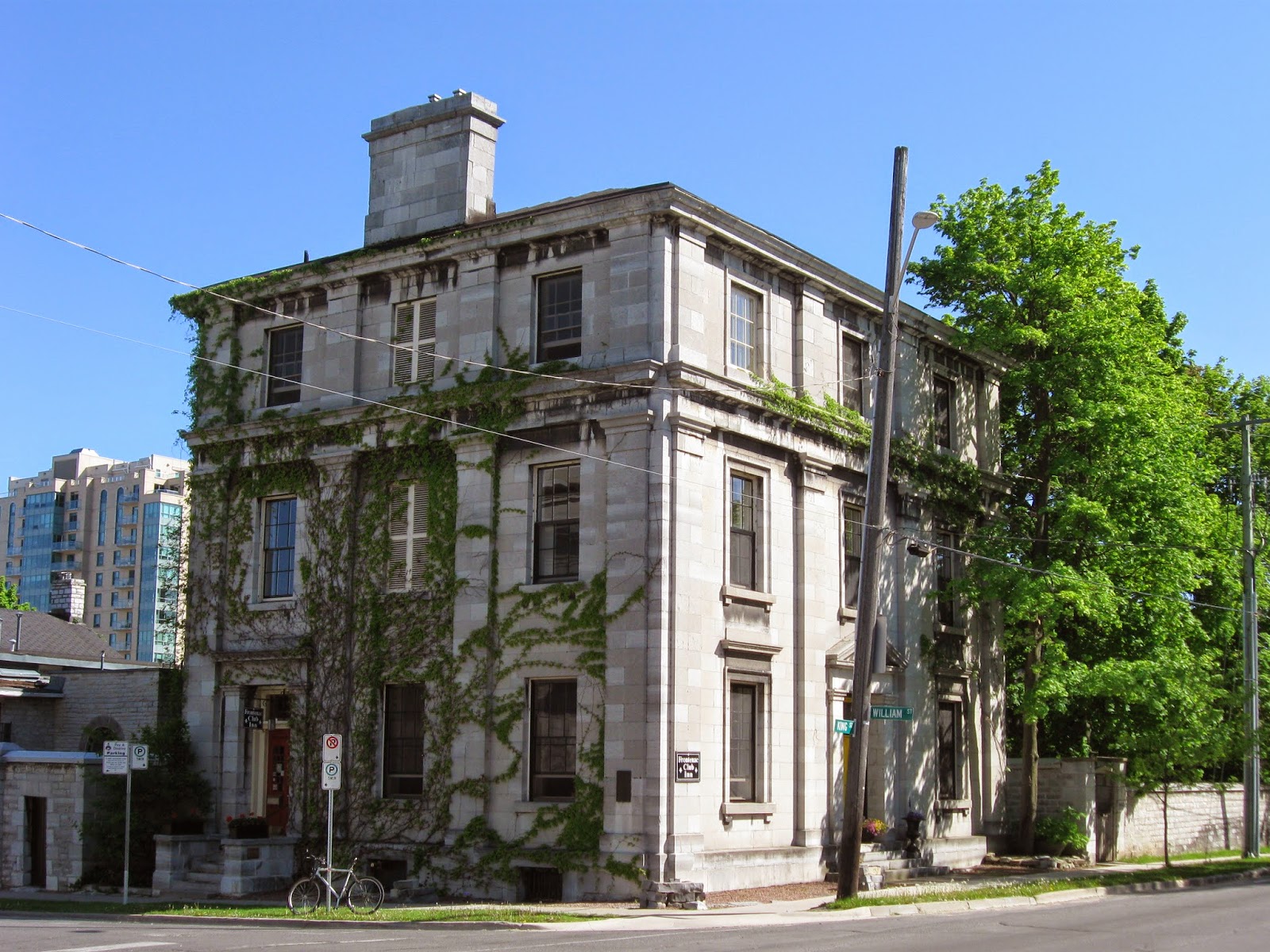 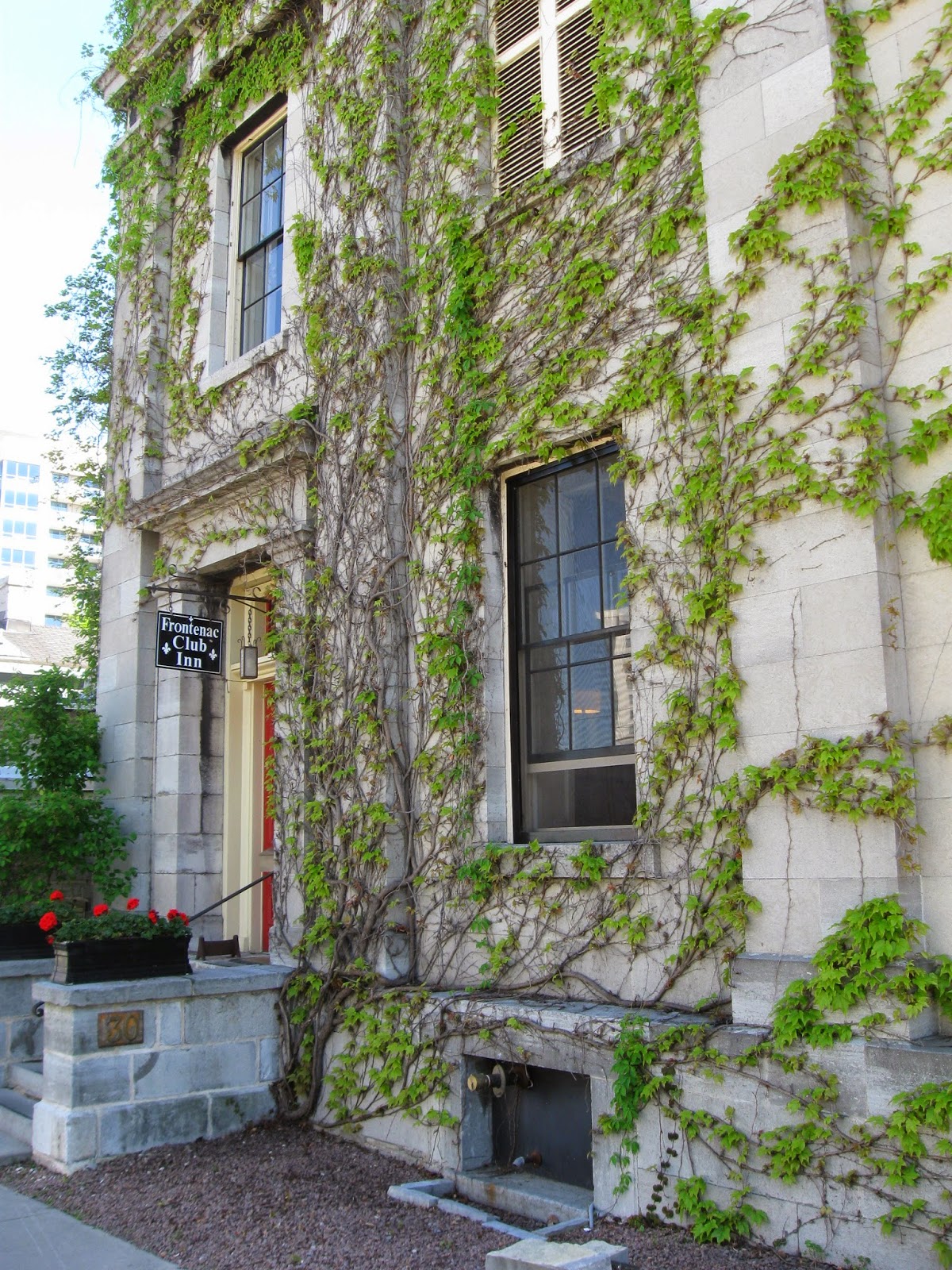 The club added space south of the original bank building for entertainment rooms in around 1900, achieving a union with a third building along William Street. Despite all its attractions, the club succumbed to the Depression, and closed in the early 1930's.

In 1935, the Vosper family purchased the building, beginning a 60 year ownership which saw it converted to apartments housing students and arts and culture figures such as Michael Ondaatje, singer Colleen Peterson.