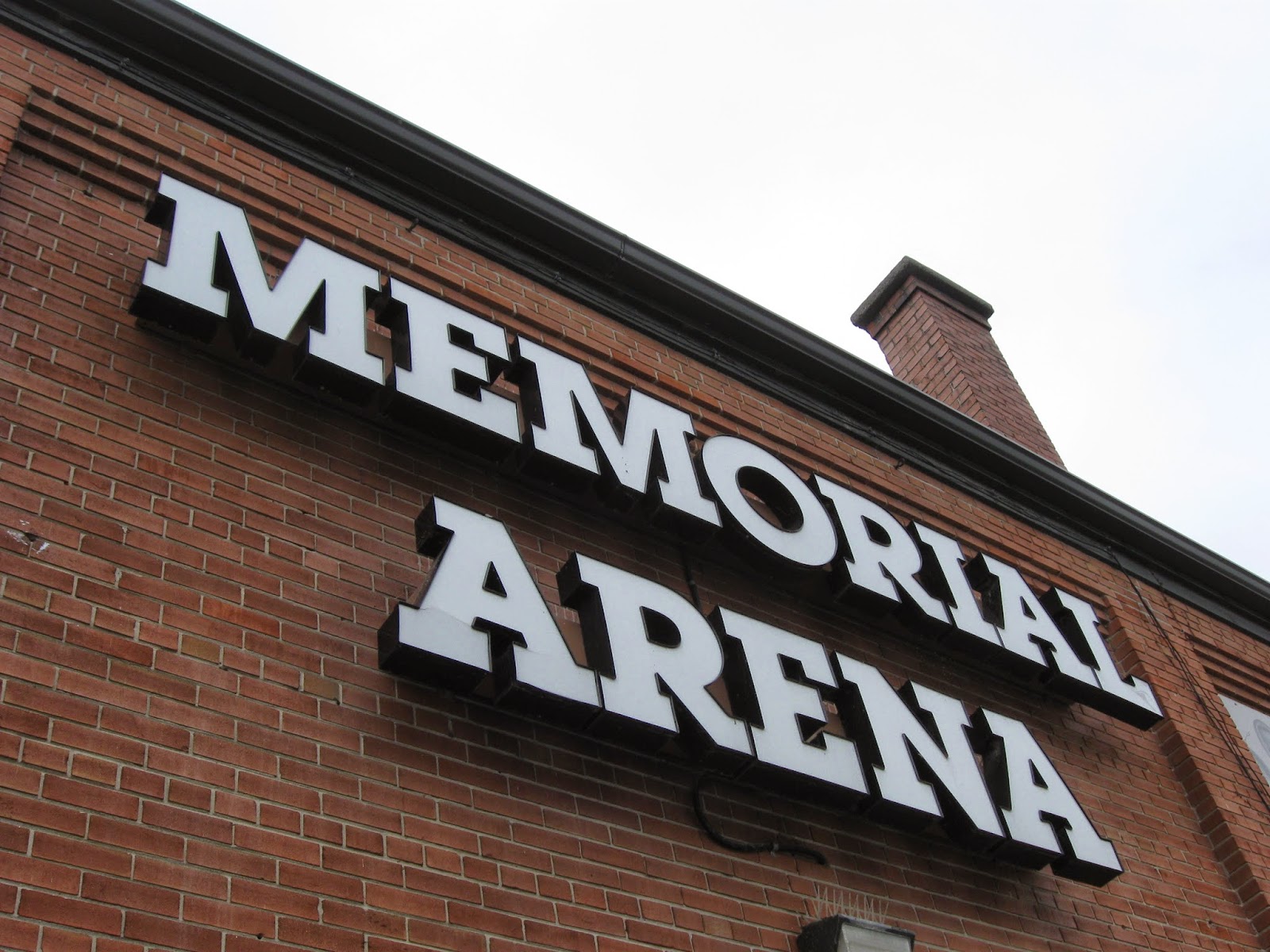 I just read with interest (and enjoyment, for I like anything he writes) Tom Cruickshank's article in the current issue of Watershed magazine, about the old Memorial Arena in my city of Belleville. 'Skating on Thin Ice' chronicles the long story and the importance of this arena - as part of the province's cultural and architectural landscape. For Memorial is unique and endangered ...one of the last truss-supported vault arenas in the province. 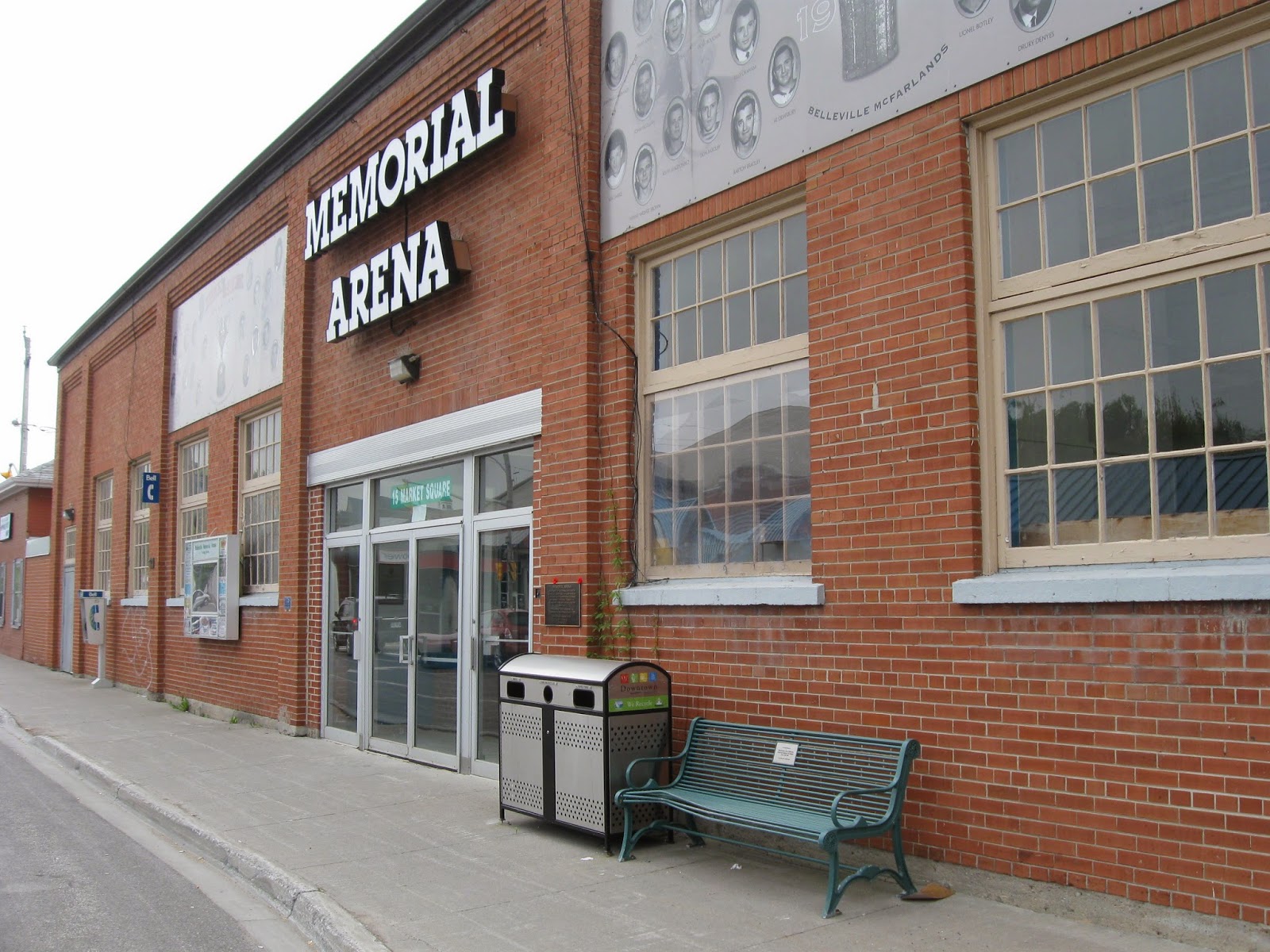 I have been aware for several years that the building was at risk (empty, unused, ice-making capacity failed), and that perhaps only its emotional connections to many area folks keep it alive. Maybe the familiar analysis paralysis resulting from any hot heritage issue among politicians will at least keep the building standing until something good can come of it. 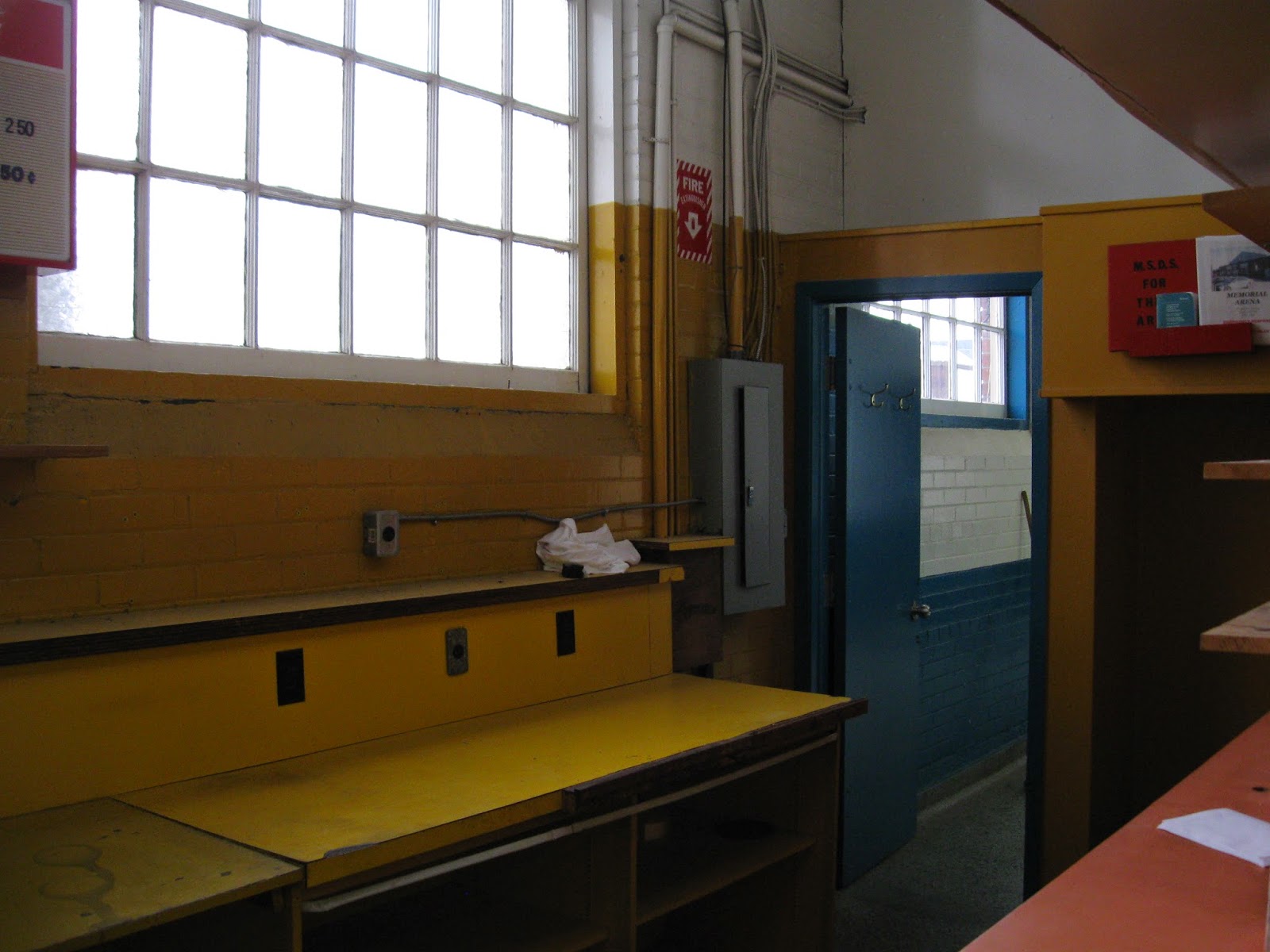 Memorial Arena was the place for figure skating and hockey playing kids, athletes, and sports fans for many years - from 1929 when it was constructed as Hume Arena 1929 (after its major sponsor) to  1946 when it was renamed Memorial  in honour of veterans and those lost in WWII, through the heady days of the Belleville McFarland's historic 1959 amateur world championship, and up to (almost) the present day.

(Harvey J. McFarland figured large in my childhood, for he brought the 'victory mentality' post-war building boom to our county, and many around us - in addition to sponsoring this hockey team -which figured not at all... Our dad was pretty impressed with all that road construction, and ironically, in his last job, worked for the H.J. McFarland construction office as night watchman.) 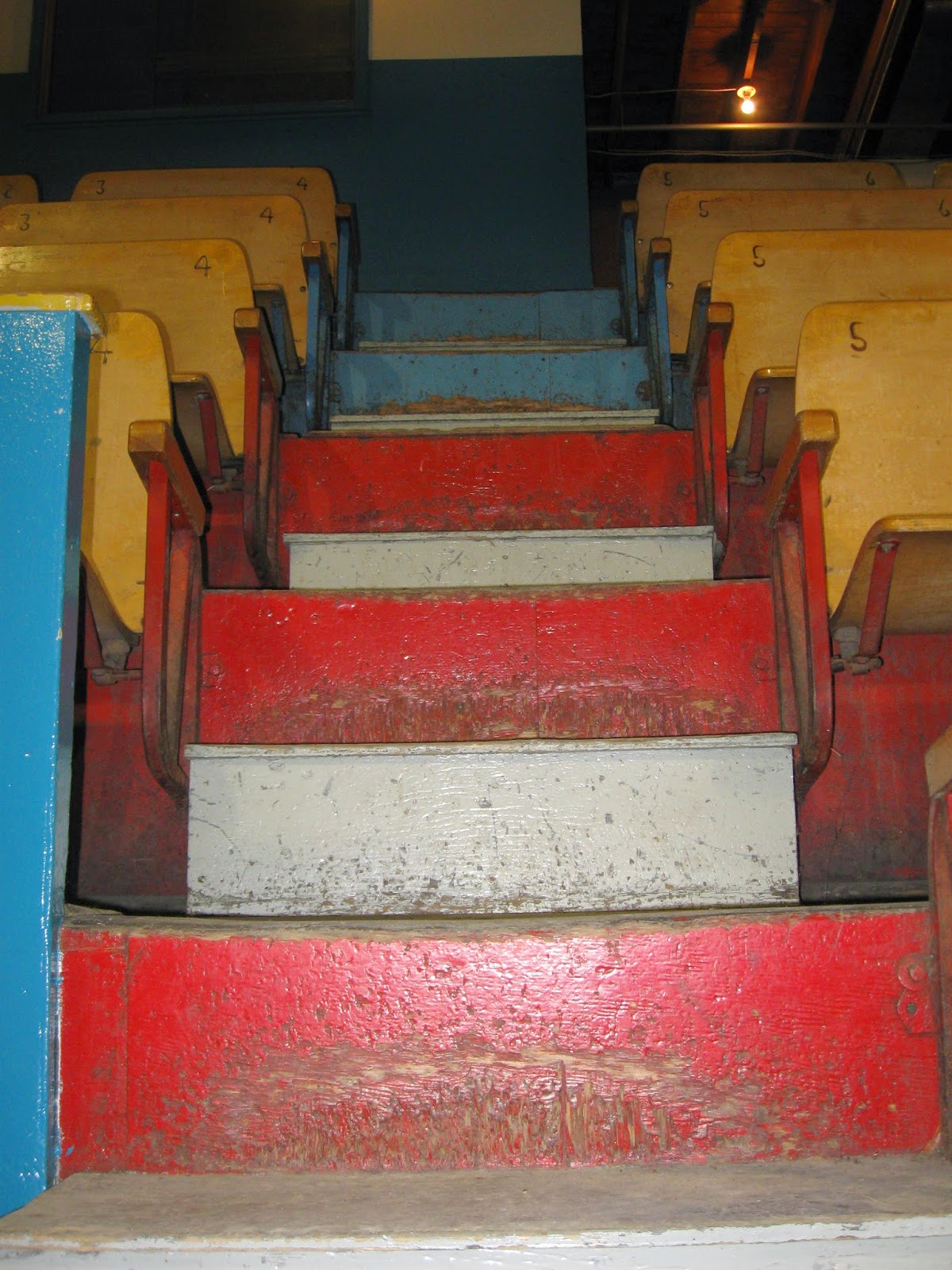 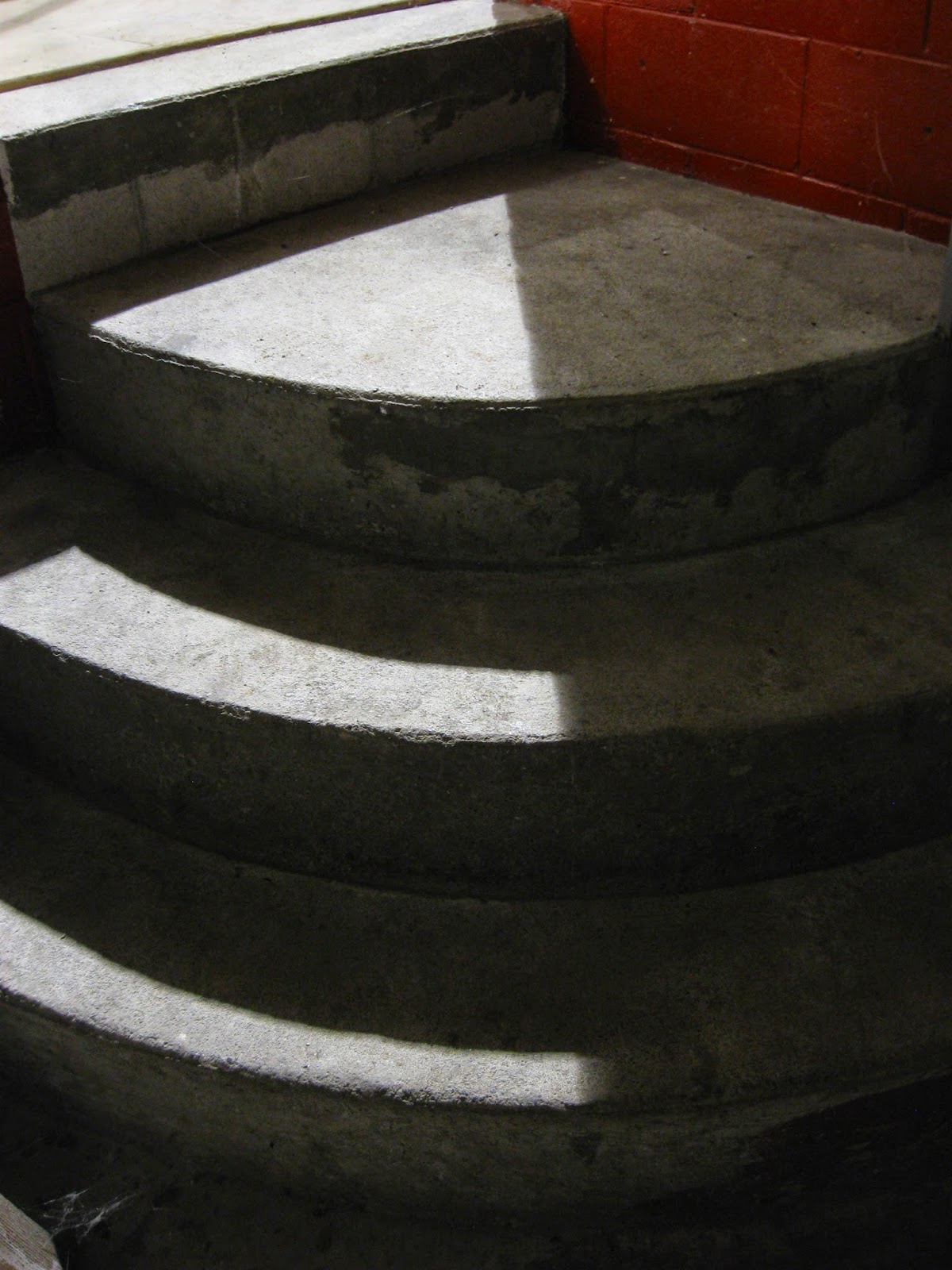 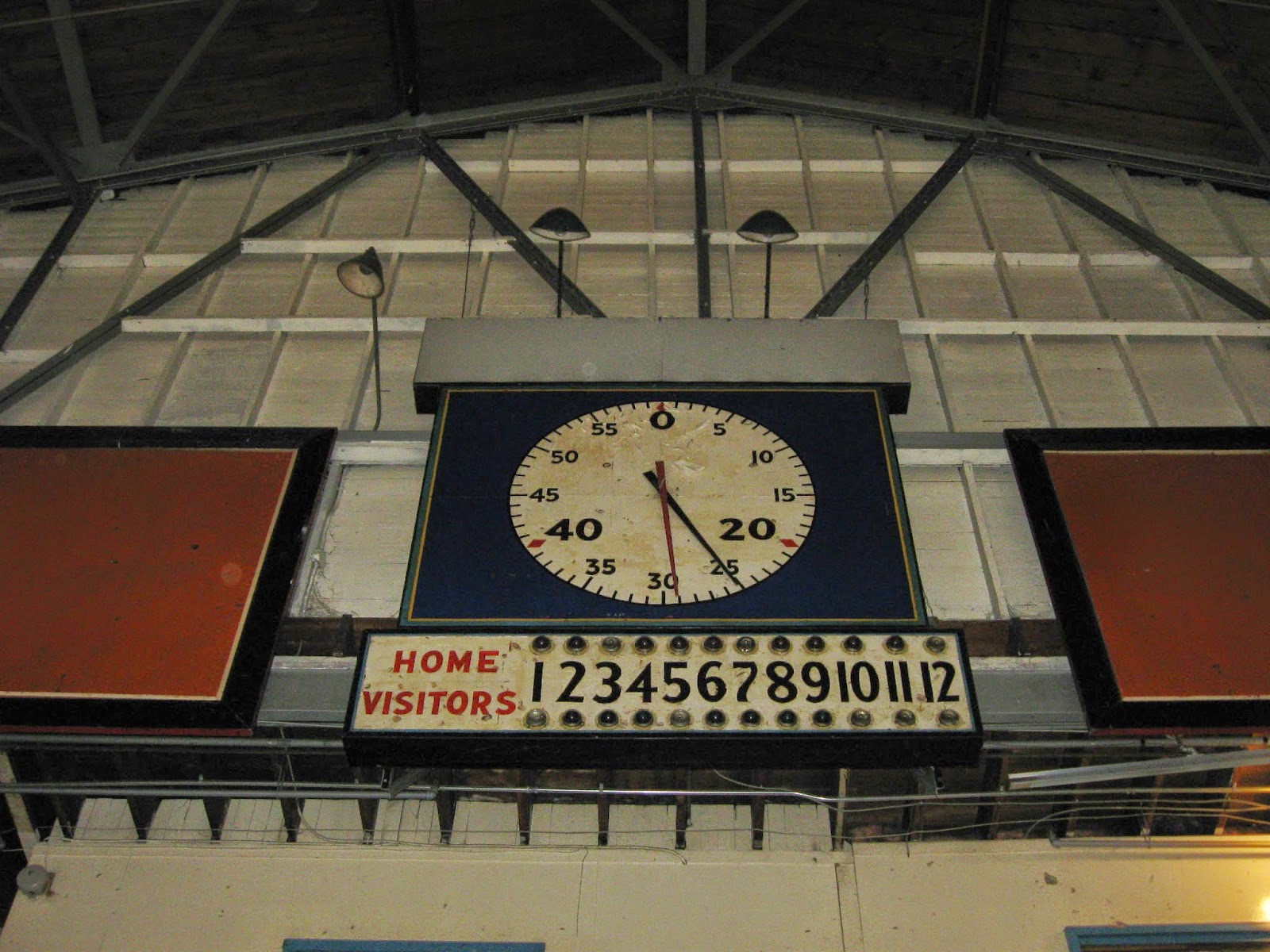 Cruickshank interviews Betty Burkitt, a well-known local advocate for reconditioning the facility for its intended purpose, who emphasizes the arena's vital importance to the residential and recreational aspects of downtown revitalization. 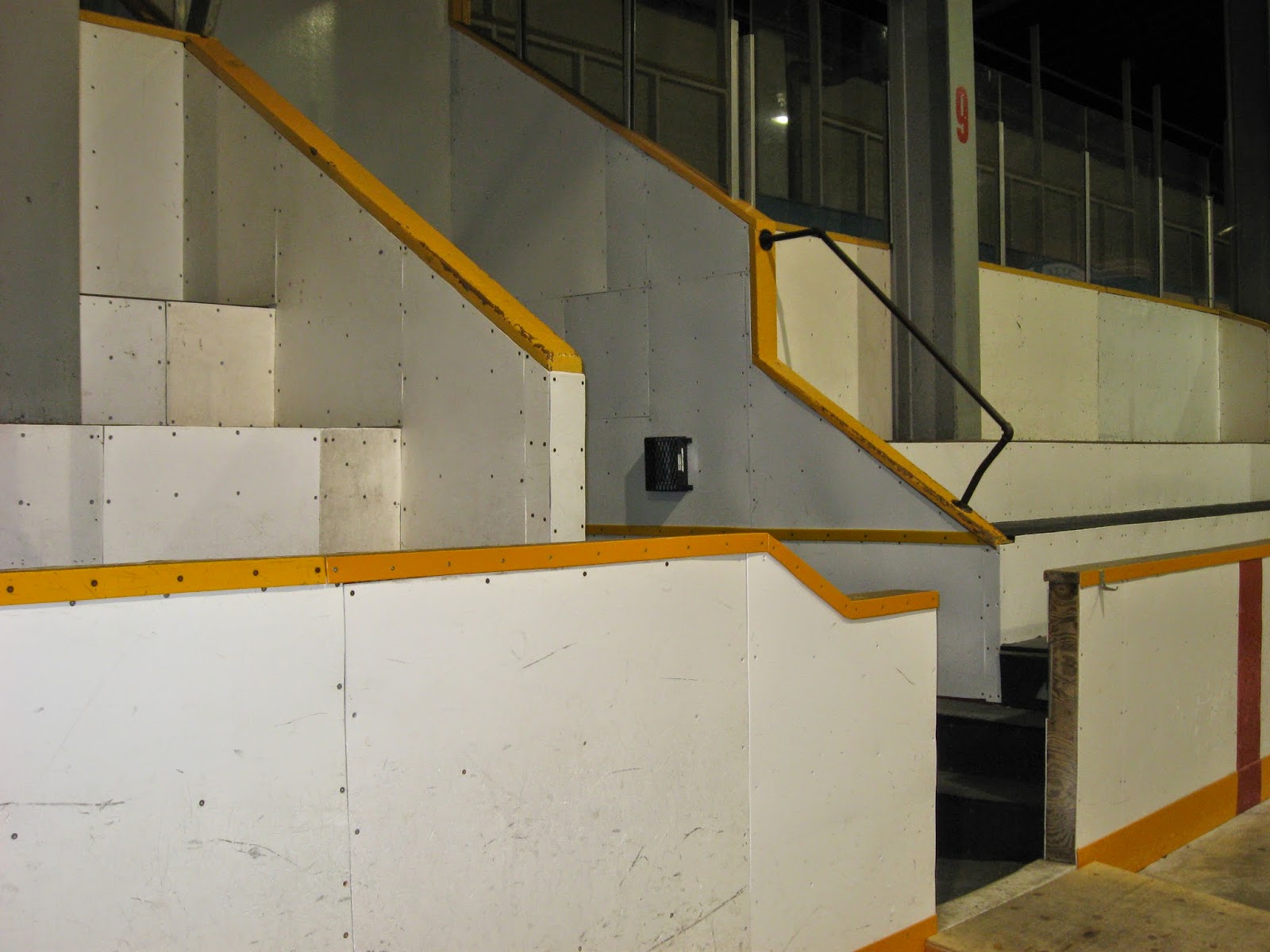 But what most affected me was a quote by Ann Champion (the L.A.-based, appropriately named advocate of saving of old arena architecture.) Tom ends the article with a quote by her..."Sometimes, we don't appreciate the beauty of utilitarian things." Ouch. That hit home. 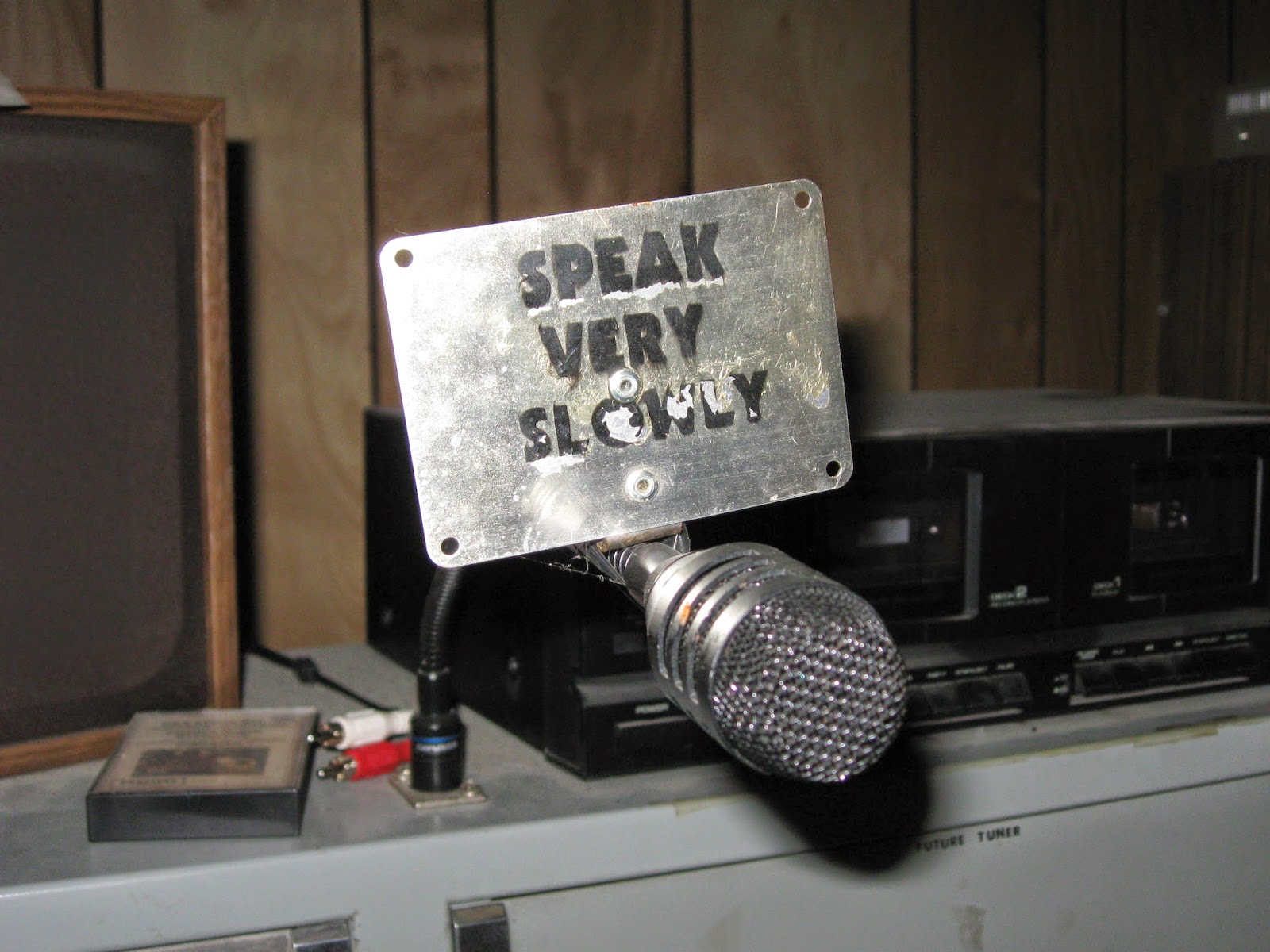 I didn't find the place beautiful, although admittedly, I appreciated the story it told. Certainly didn't respond to the place as I do to a Fairfield or MacPherson. Early beautifully restored homes are the baby seals of the heritage movement. But fortunately, even the most pedestrian of heritage structures has its champions. Though it may not ever bring me to my feet, I will follow this story with interest and just a little bit of nostalgia. 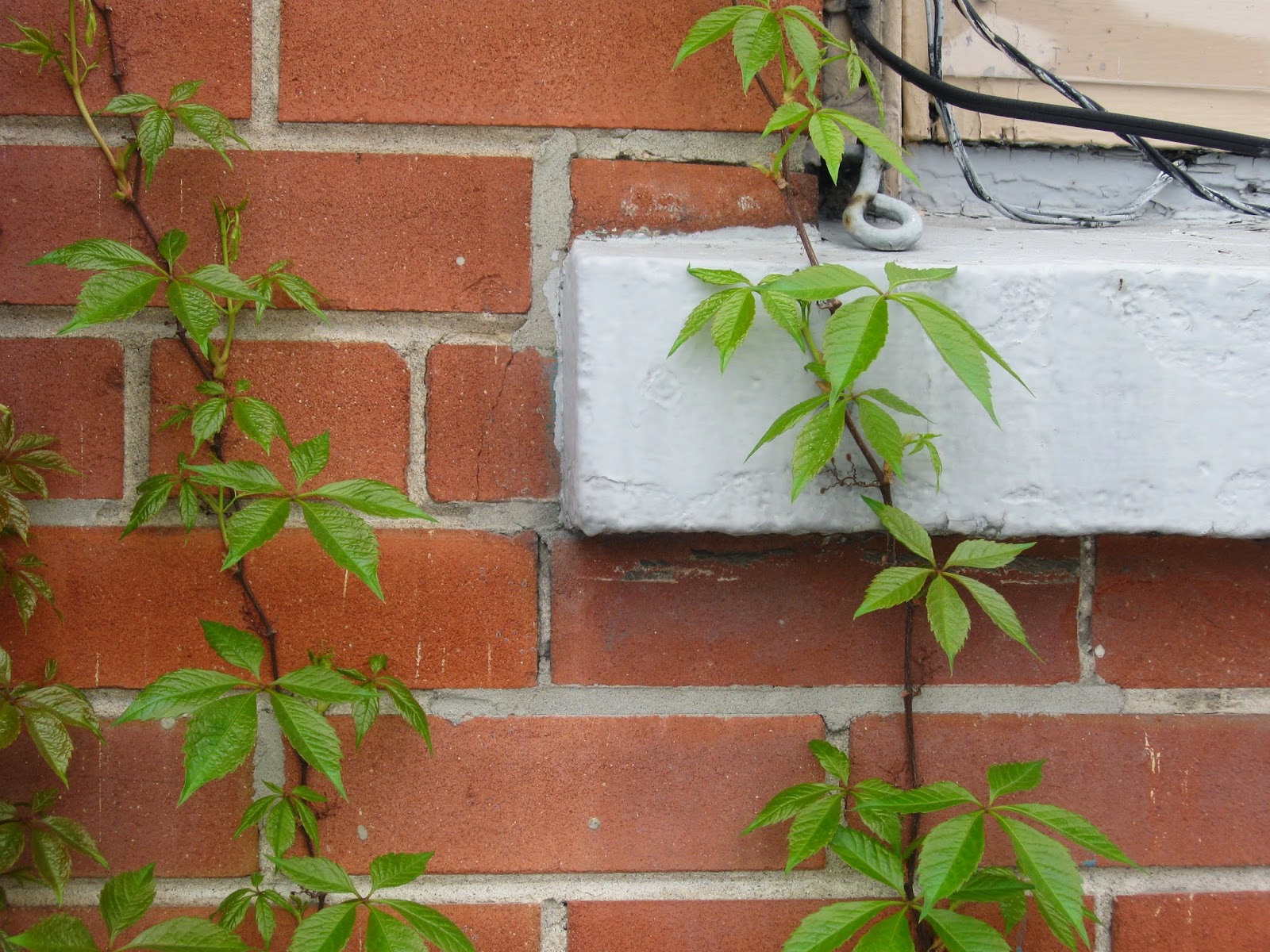 Last spring I was invited to join some friends in the Municipal Heritage committee (as a former member of that august body, and a known old house nut) and ACO Quinte, as they visited and toured ACO president Richard Longley around this venerable institution.  It was a great privilege, and although much of its vintage hockey arena appeal was lost on me, I was fascinated by the photographic possibilities of the place - and the passion it generates in its preservation supporters. I wish them very well indeed.

Do pick up the Watershed Winter 2014/15 issue for Tom Cruickshank's article, and visit the website created by Ann Champion, with its terrific photos by Shaeree Zoll . 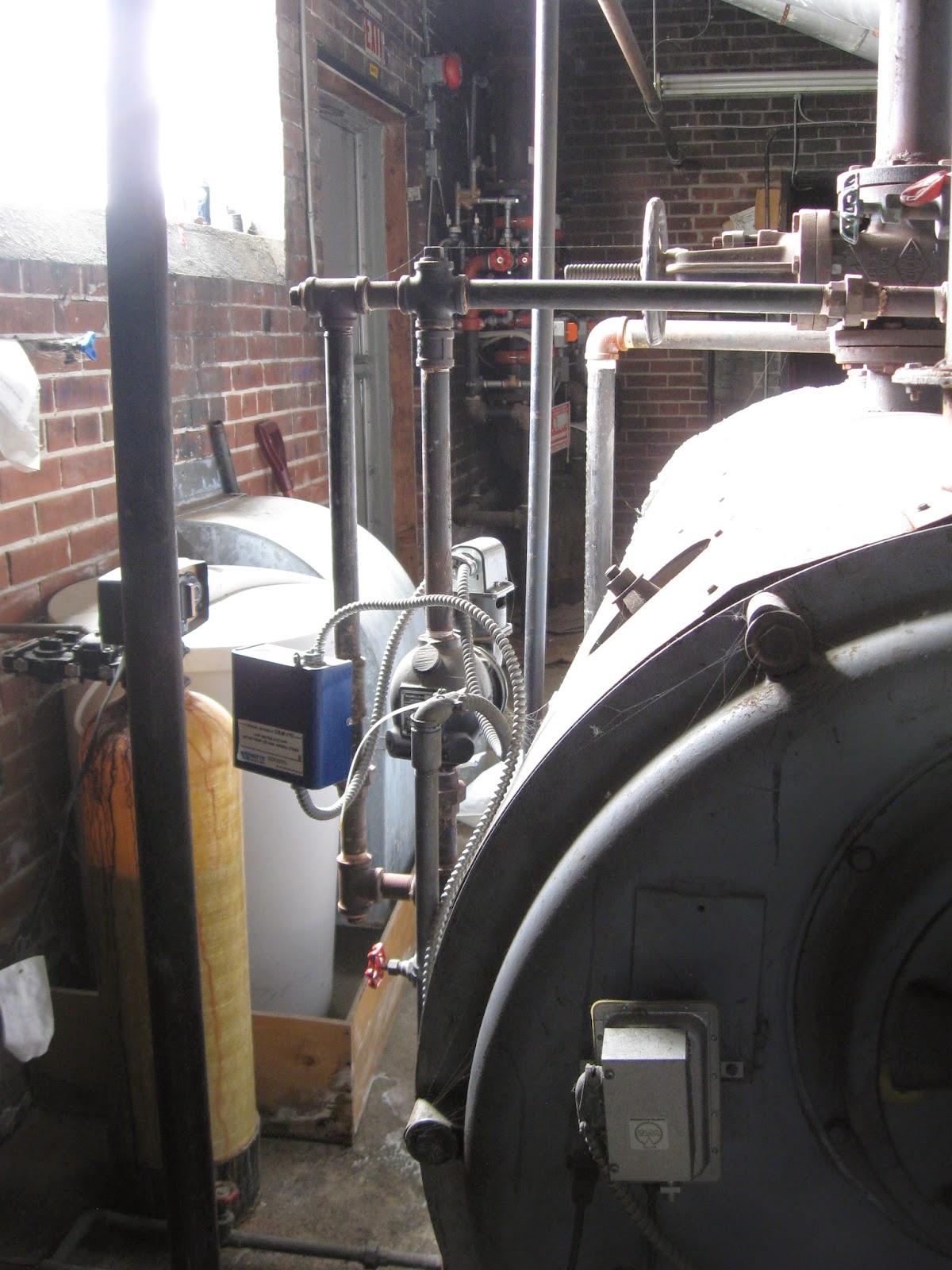 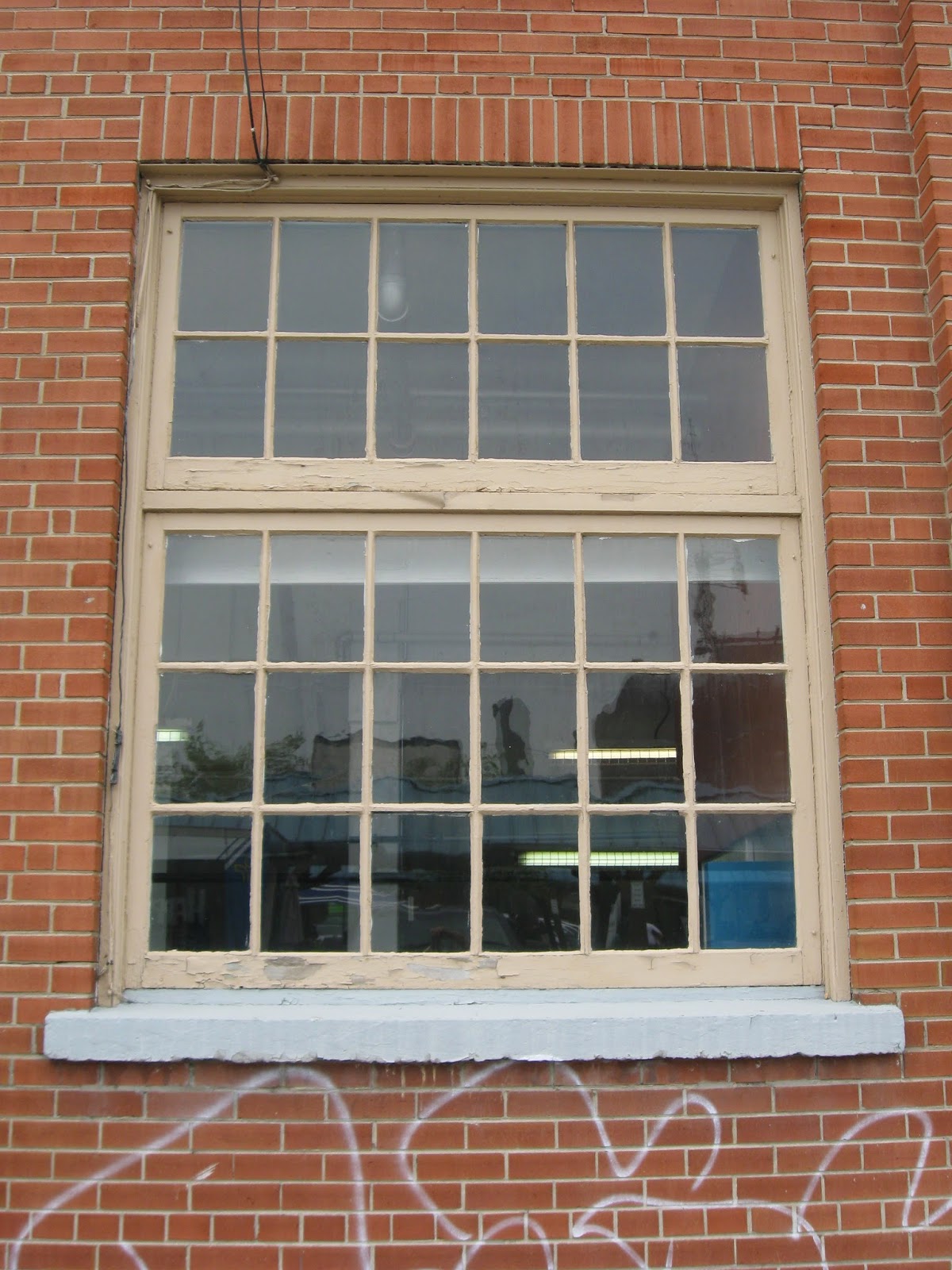 Check for updates, for it's my guess that the fight for Memorial is not over. 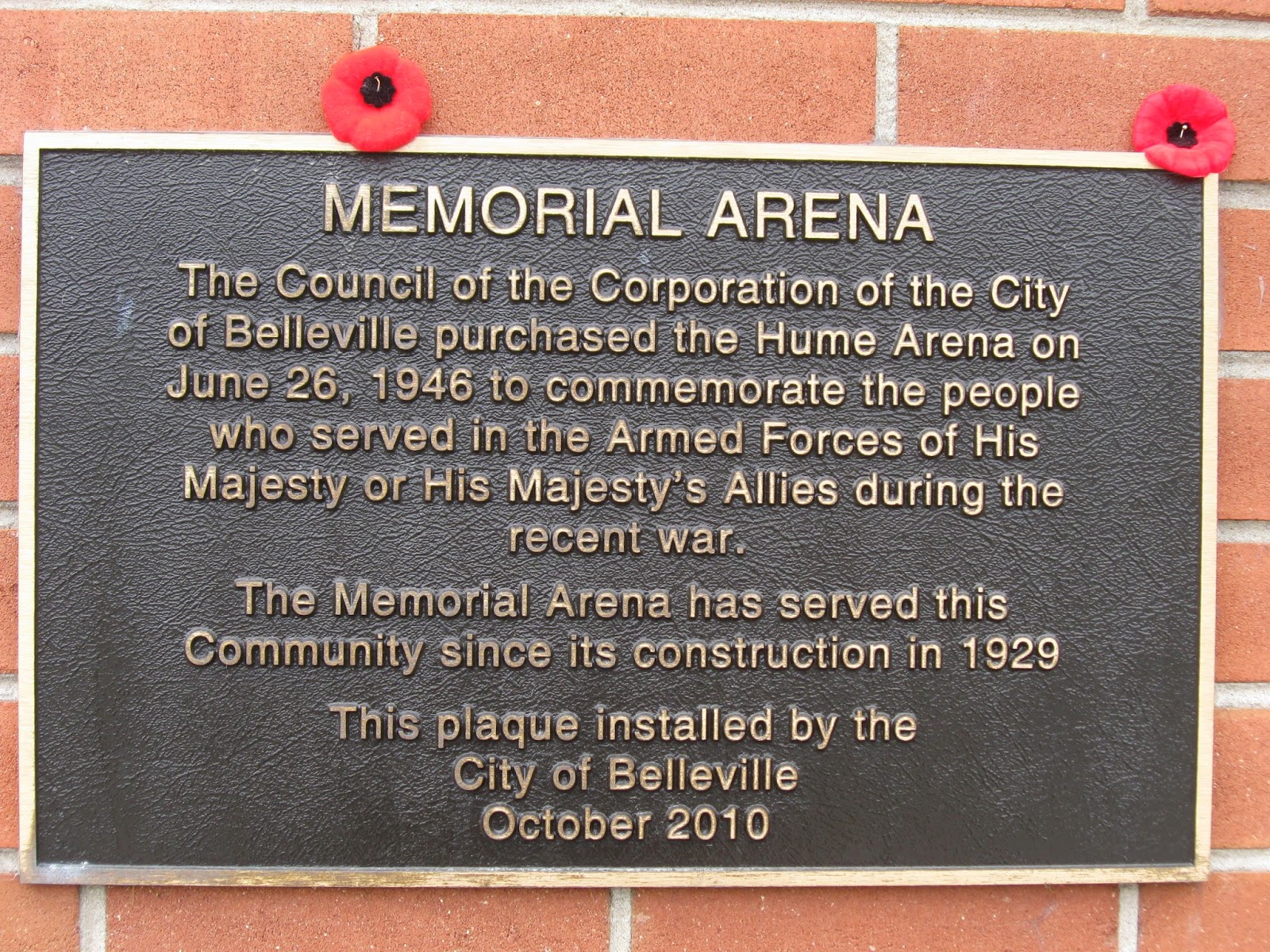