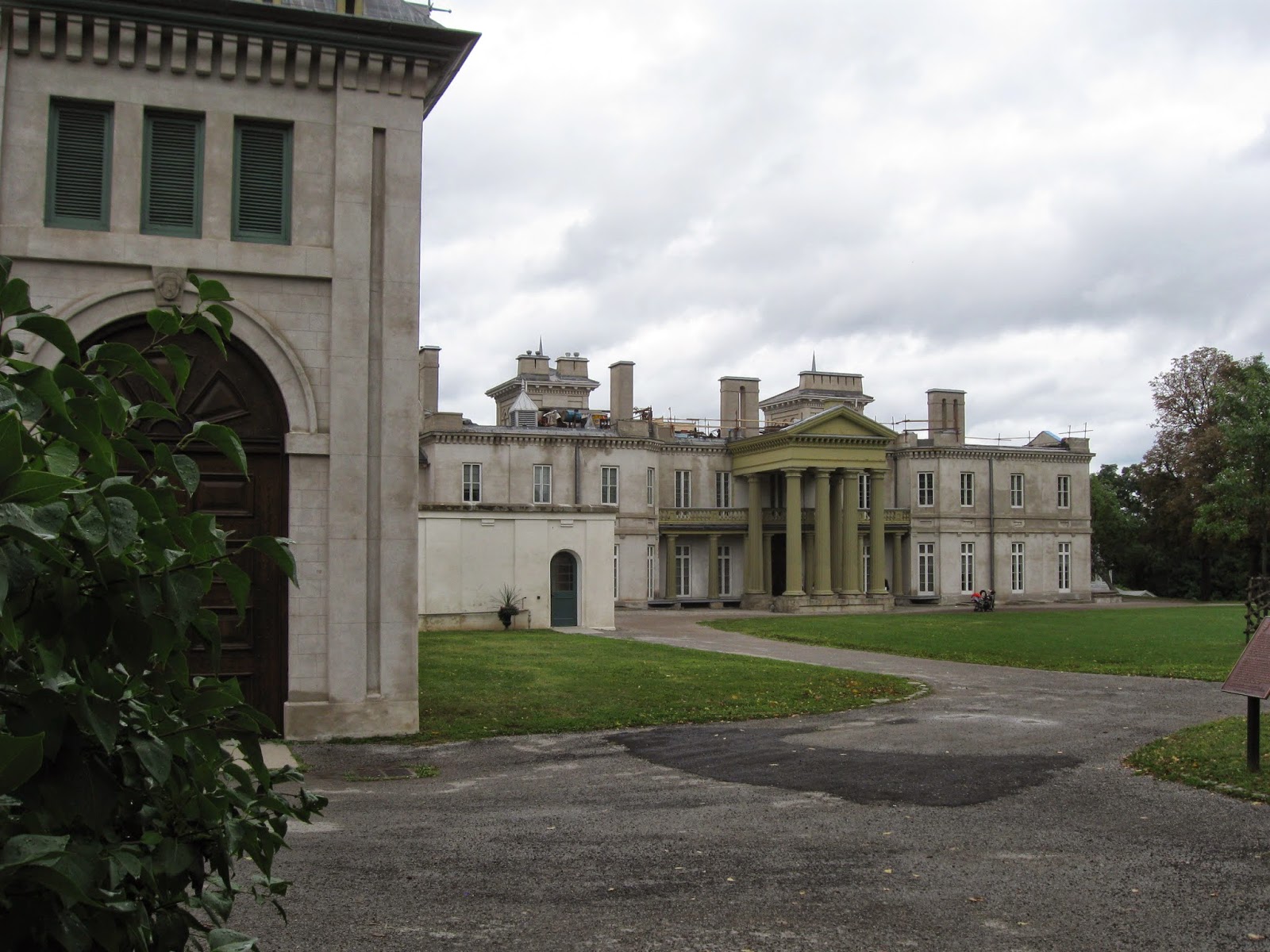 I have wanted to visit Dundurn Castle for as long as I can remember. We popped in one early Sunday morning (too early for the Dundurn's to be hosting visitors). Had a great look about the grounds, absorbing all those Regency Villa touches.

The setting, more than the house, coveys the Regency aesthetic. It's set on a bluff overlooking Burlington Bay, with expansive grounds, this lovely avenue of trees leading out to an overlook, exotic outbuildings casually placed about the lawns. 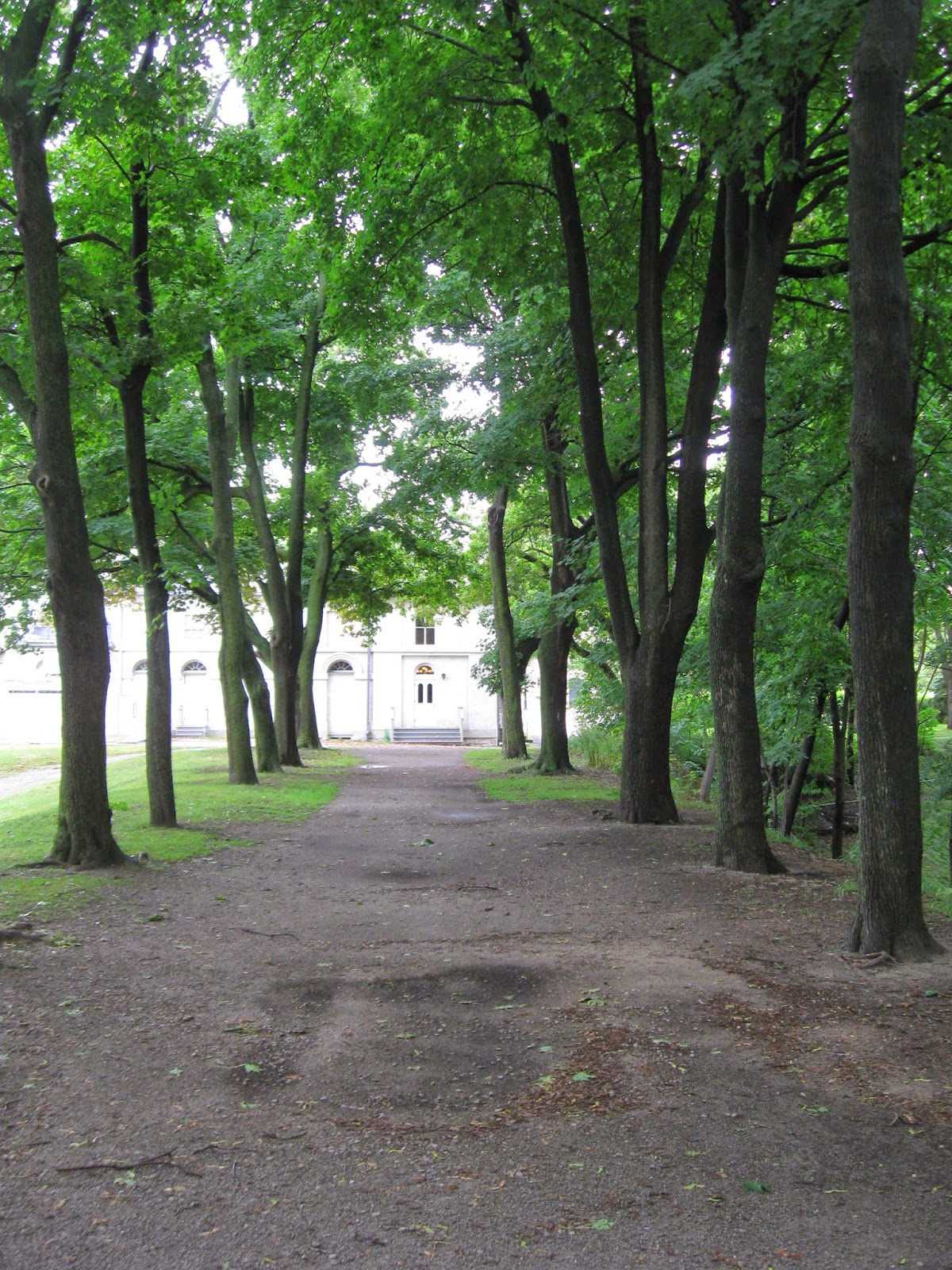 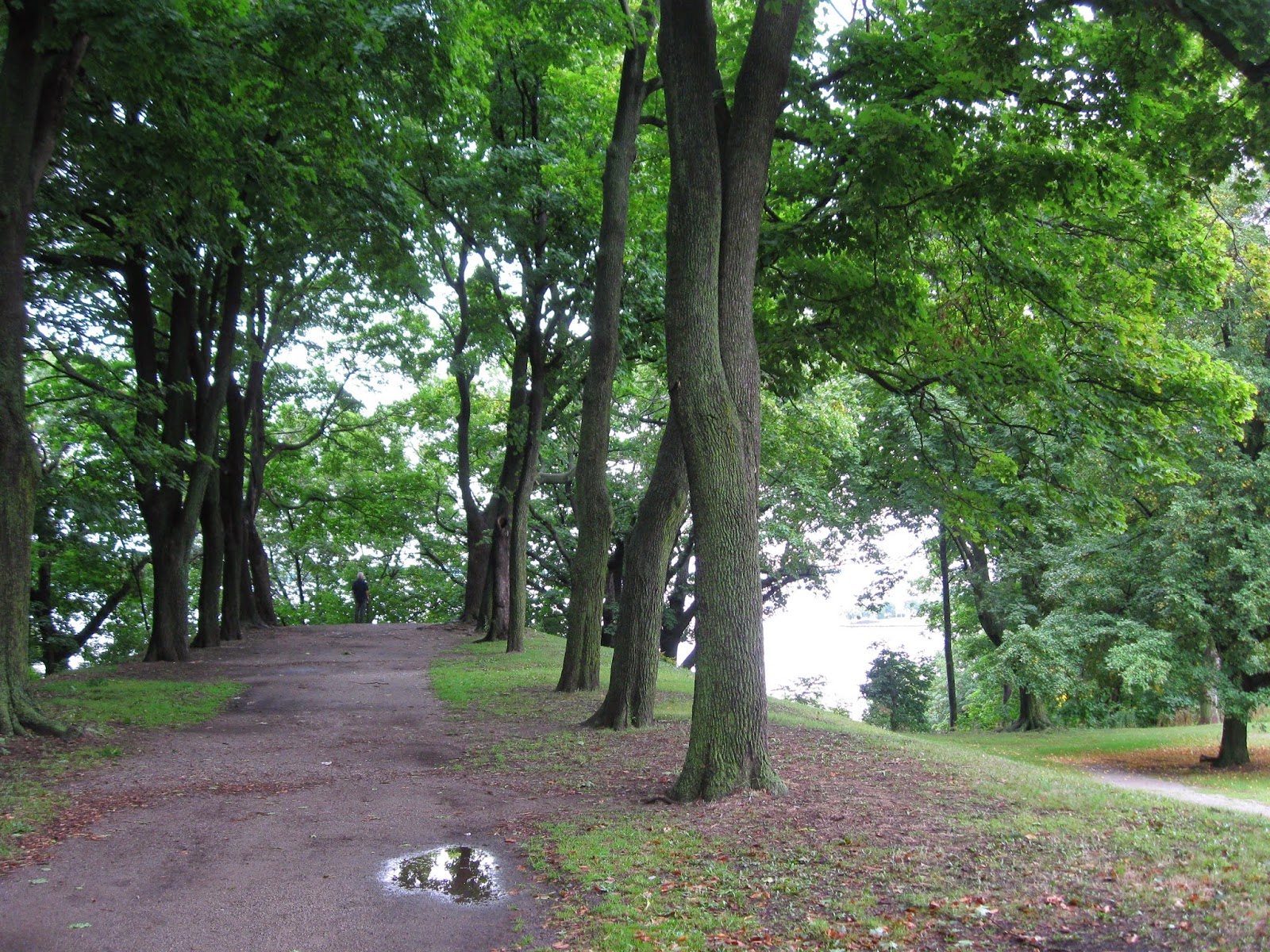 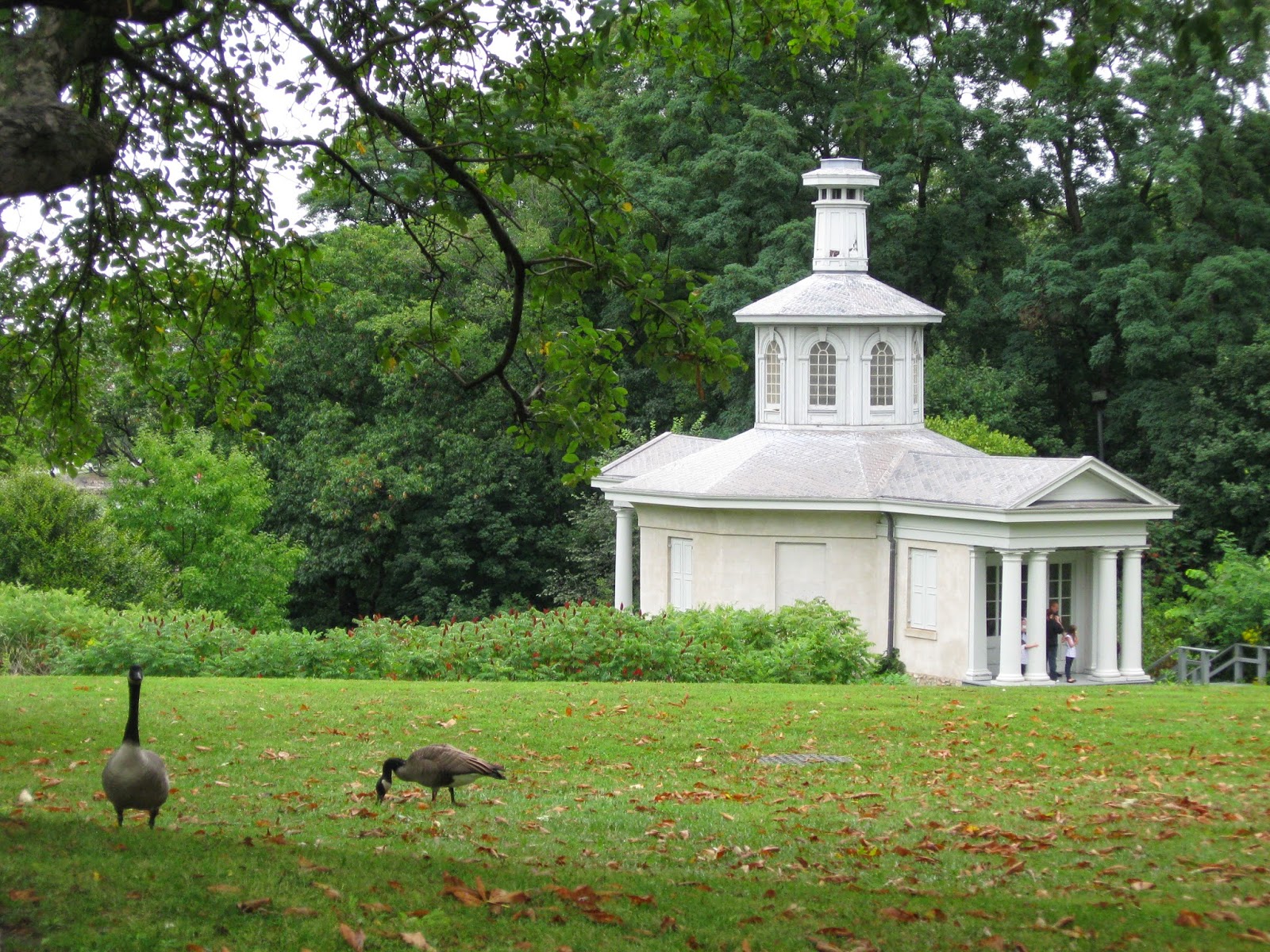 This bit of park leading to the garden folly is especially appealing...but for the geese. Lots of folks taking family portraits "Smile like you own the place!" 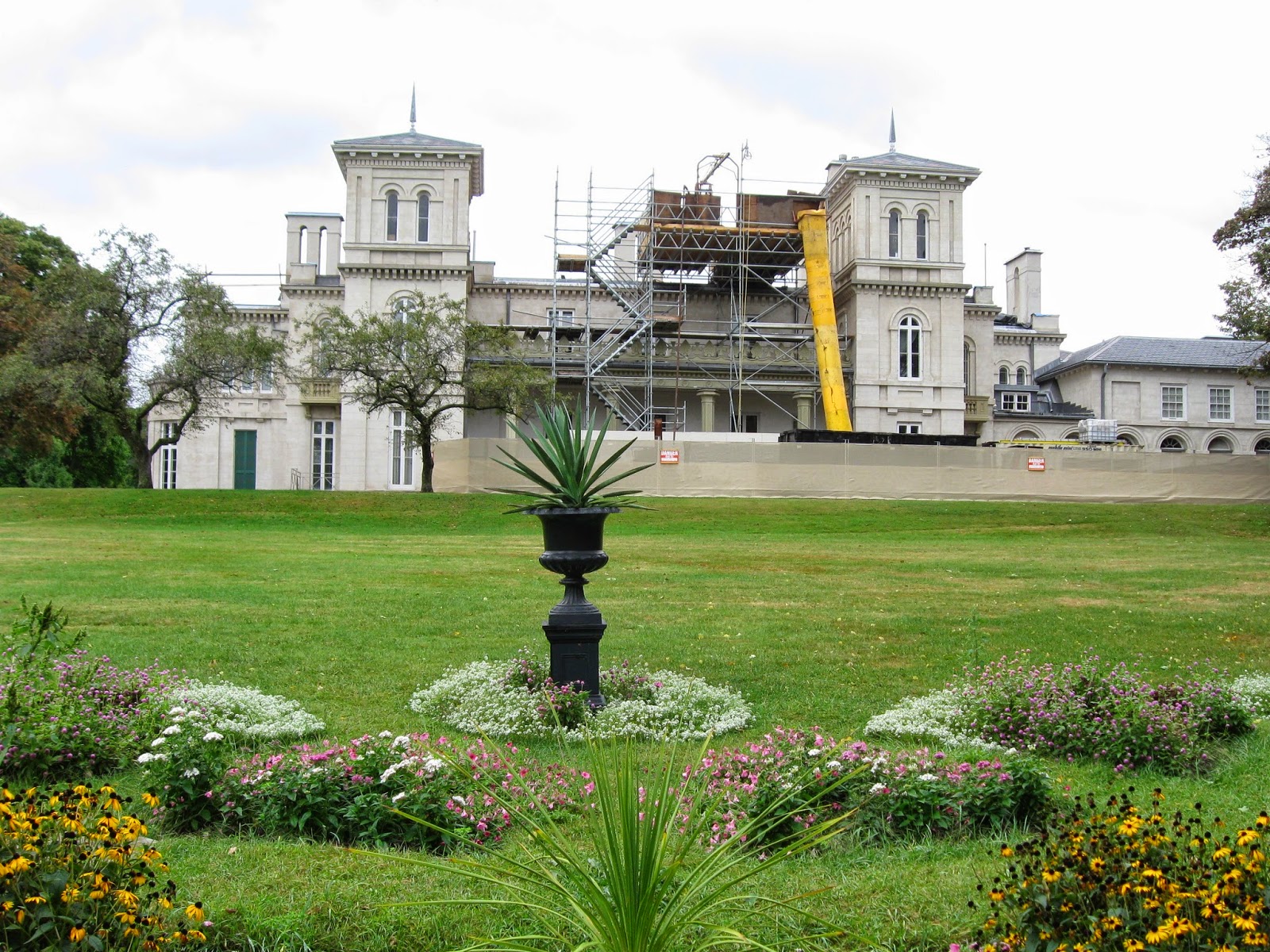 At the time of our visit, Dundurn was undergoing repairs; I wasn't able to find any information about just what was underway, but roofs likely. Stone work for sure. But since the good folks at Heritage Brick and Stone were enterprising enough to mention their role in the work, they get the nod.

Alas, the scaffolding and that great yellow rubbish slide didn't contribute anything to the stately effect that nation builder Alan Napier MacNab was going for in 1835 when he had this picturesque creation designed. 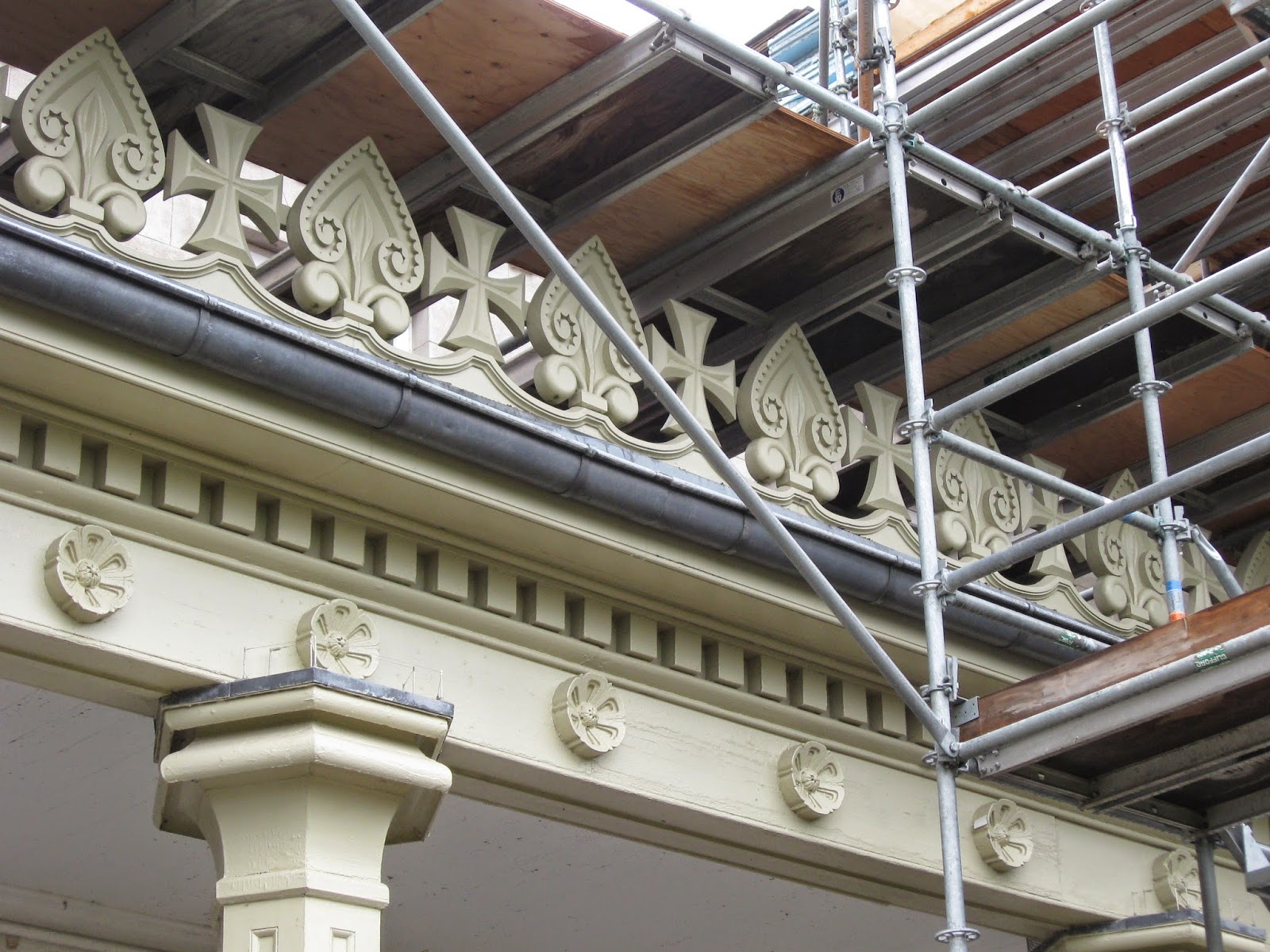 Best to concentrate on some of the details below.

I suppose Dundurn has had as many makeovers and updates as a Hollywood star. Certainly there is nothing particularly Regency about these Gothic motifs mounted above a row of dentils and Tudor roses - and that added touch of  some serious scaffolding.

I've often heard Dundurn called a Regency Villa. Certainly the Regency aesthetic is evident most apparent in its earlier stages, when the natural flow between interior and gardens would have been invited through the many tall French windows. 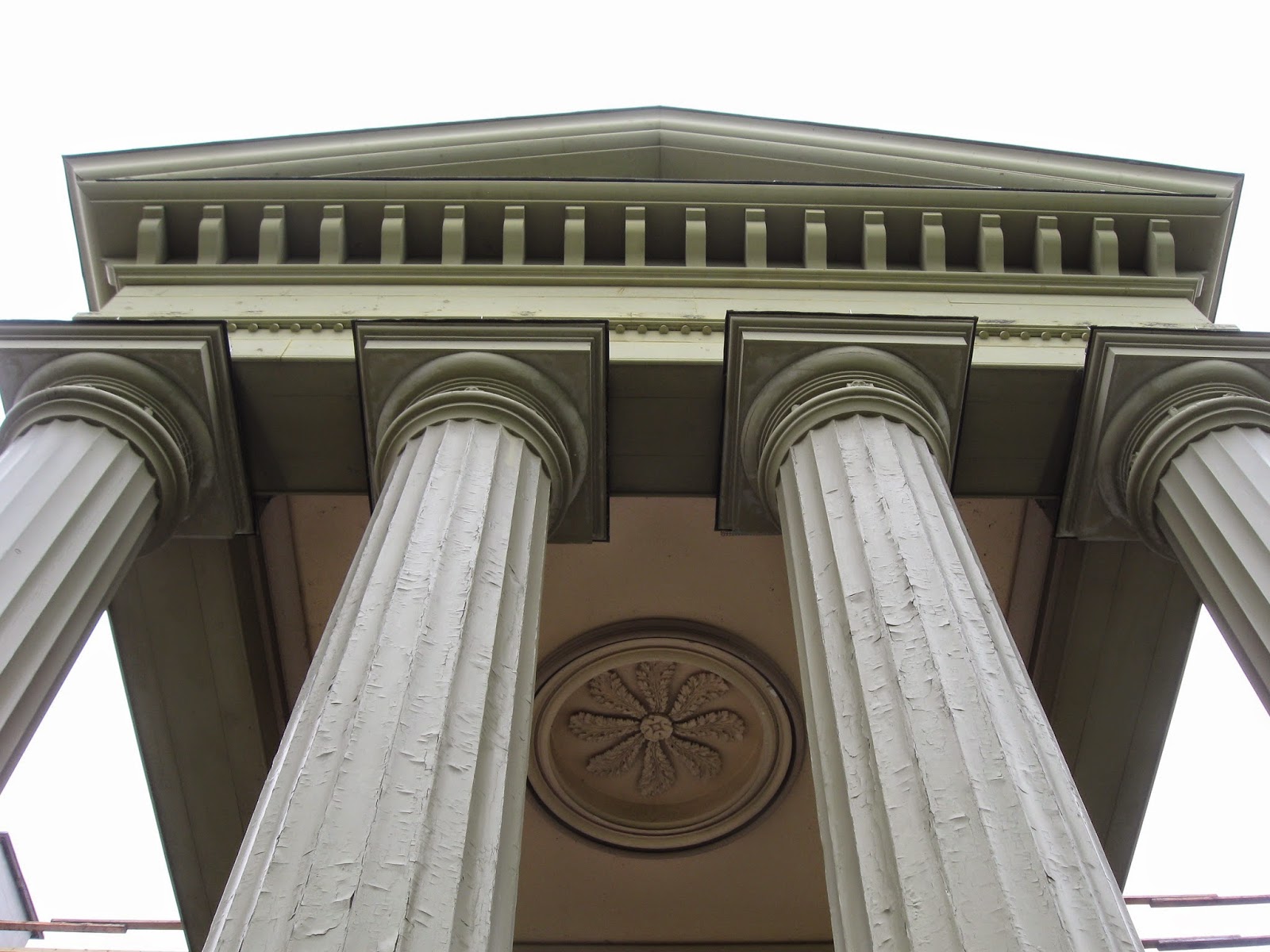 The imposing Greek portico was an afterthought.

So it's probably wiser to focus our attention on these details of the"eclectic blend of classical and Italianate motifs...an important example of the Picturesque movement in Canada." (so says HSMB Canada on one of the plaques proliferating about the location) 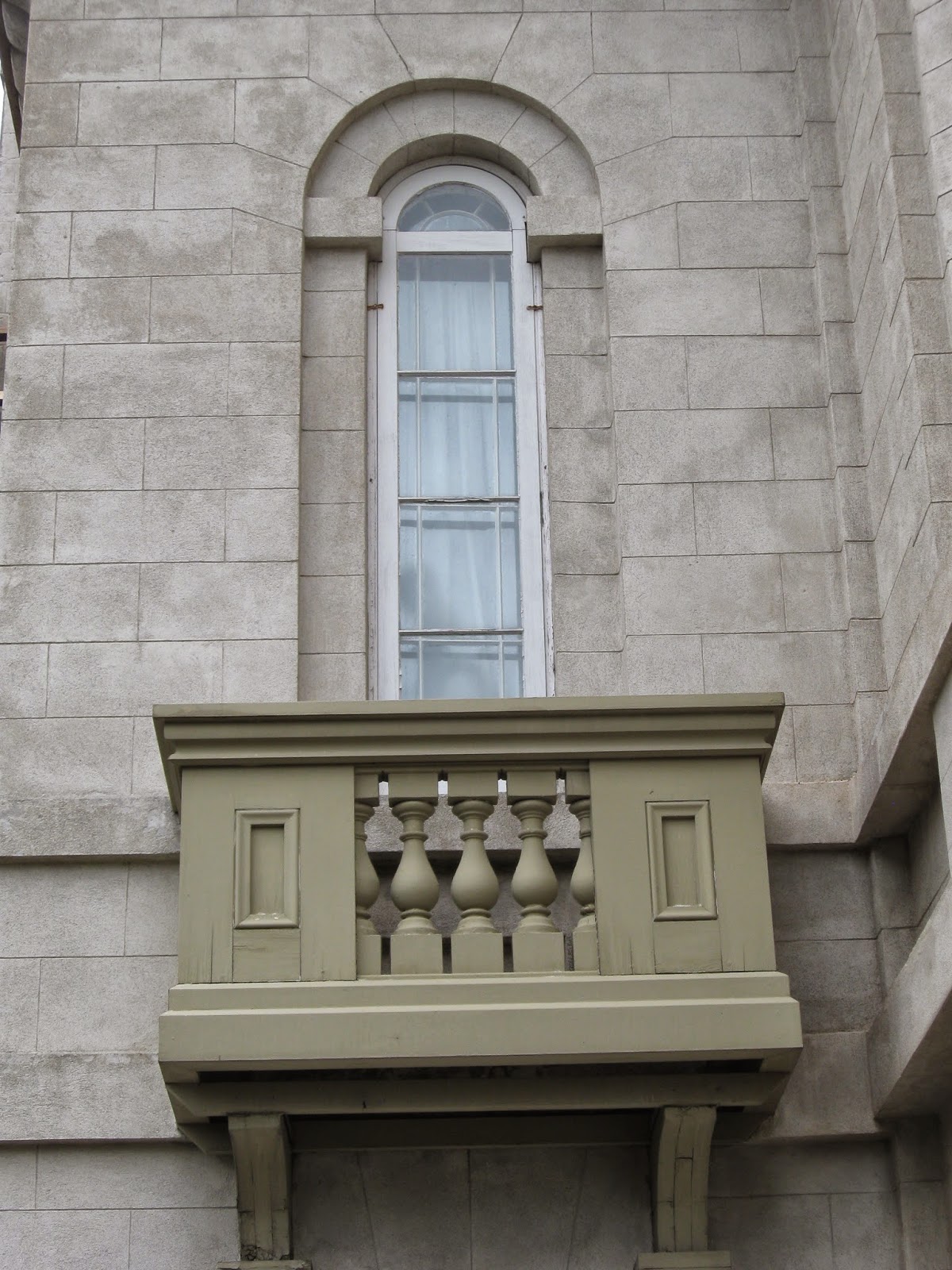 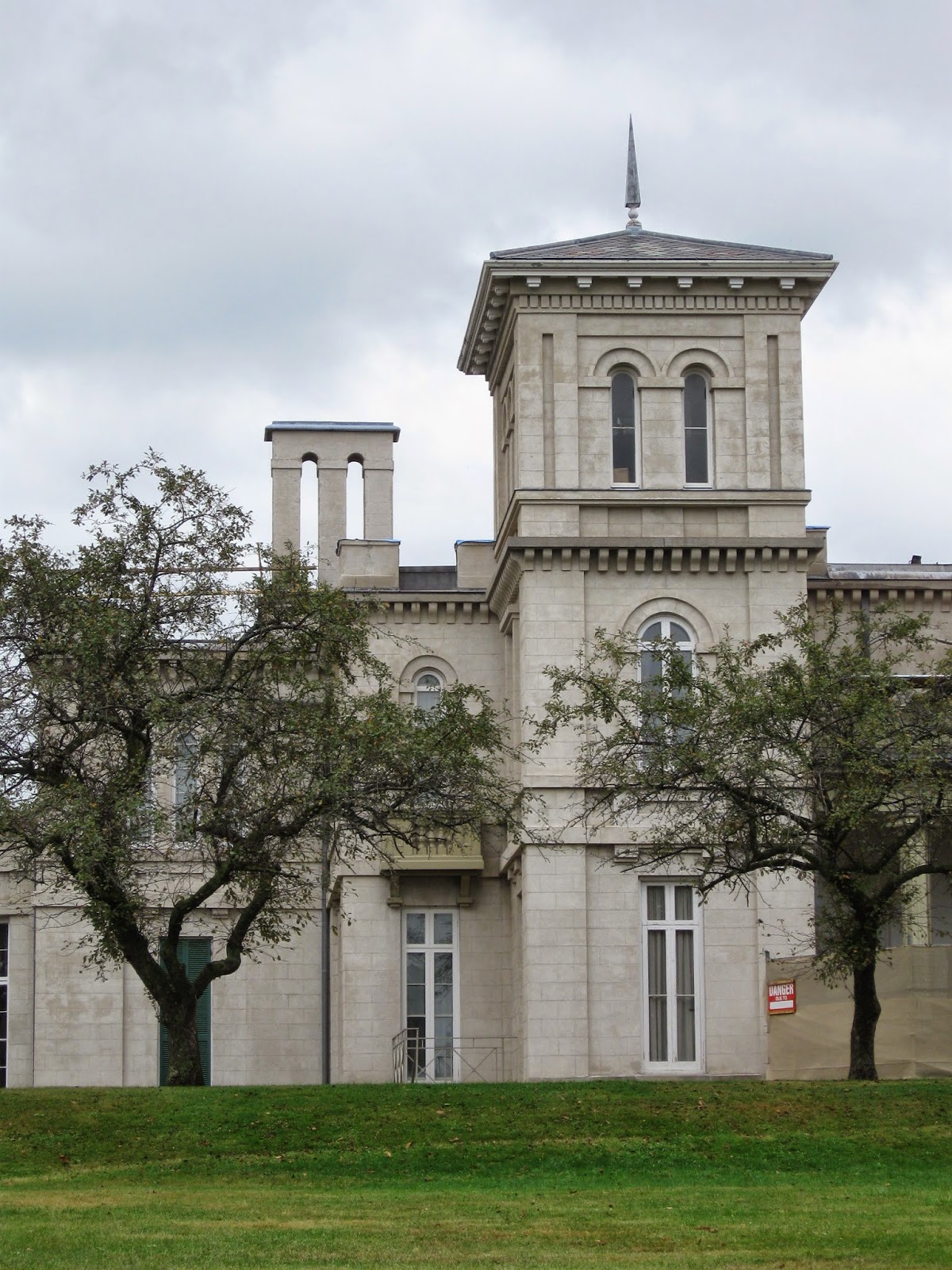 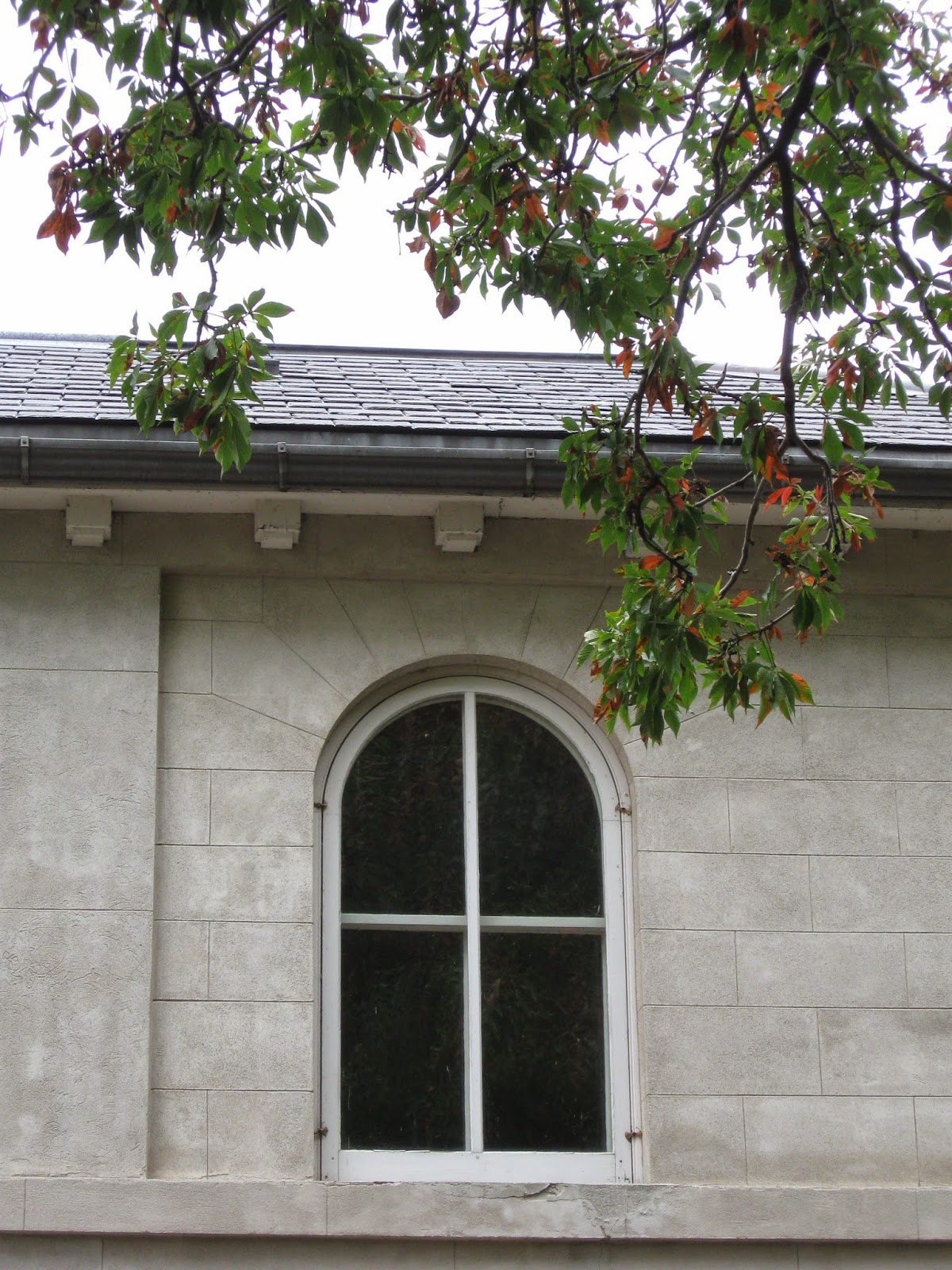 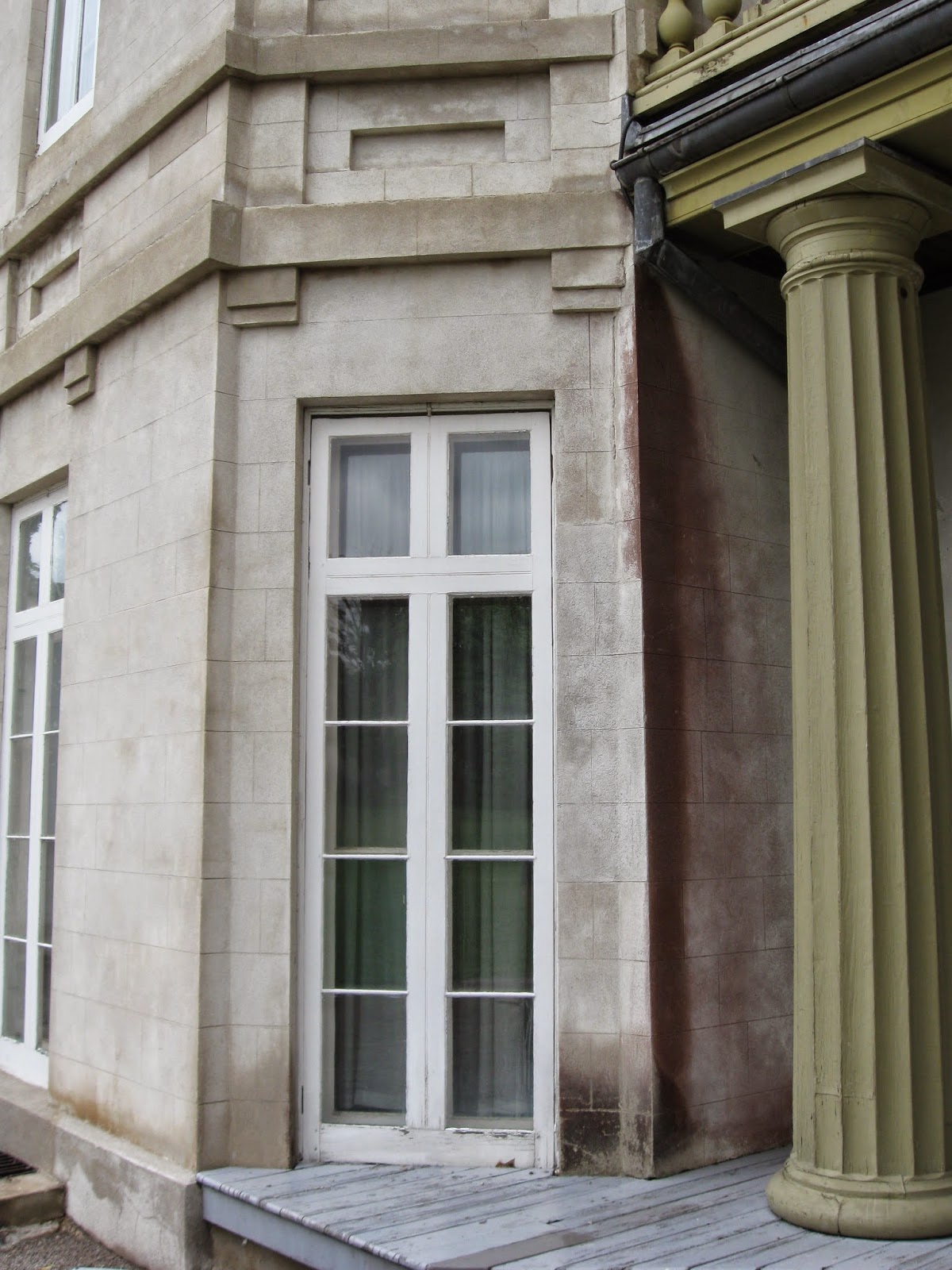 Next time, photos from the other side of the glass.

For now, this will have to do - a pretty impressive virtual tour of the 42 of the original 72 rooms which are open to curious eyes like mine. The interior is restored to 1855, when the owner was really hitting his stride - read a bit about him. Sir Alan MacNabb was a pretty impressive guy.

Like  his house.
Posted by Ancestral Roofs at 3:45 PM