The Metropolis of Upper Canada

I quote Lieutenant Francis Hall from his page-turner Travels in Canada and the United States in 1816 and 1817: "Ancaster merits to be the metropolis of Upper Canada. That community has a smiling aspect, new shops and houses superior in size and architecture."

This quote was wisely chosen by the Ancaster Heritage Village BIA  for the cover of their Heritage Walking Tour linked to the BIA home page. I love being able to click to a colour photo of a worthy building, read a bit of its history, and find out the current use of the structure. The future of our built heritage lies in thoughtful restoration and reuse. They can't all be museums.

I concur completely with the worthy Lieutenant. We spent a great few hours on Wilson Street in early September, while staying in Hamilton for a wedding. My only reservations were the inevitable infilling and traffic congestion (and speed) which descend on picturesque villages and towns - and destroy the very features which bring folks here. The Destination Dilemma. Park and walk is definitely the approach here.

The name Rousseau is long associated with Ancaster; in 1795 fur trader and interpreter to the Six Nations people Jean Baptiste Rousseau opened his general store in what was then Wilson's Mills (hence our walk down historic Wilson Street). The family was no johnny-come-lately; Rousseau's g-g-grandfather emigrated from Paris to Trois Rivieres Quebec in 1570!

From The Governor's Road by Mary Byers and Margaret McBurney (1982) we learn that the Rousseaus had mills, a store and over time, three inns, one of which stands today.  St. Jean was an "Interpreter in the Indian Department" and a well-respected friend of Joseph Brant.

He also married the same woman three times, but I'll invite you to pick up The Governor's Road for that, and many other stories about Ancaster and the historic southwestern Ontario communities linked by Lieutenant Governor John Graves Simcoe's 1793 wilderness military/settlement road.

It's a sad fact that Dundas, Ancaster and Hamilton are all fused together now, linked by urban sprawl, confused by autoroutes. Only by seeking out the smaller streets and larger trees, losing the car, and walking, can all this history and loveliness be appreciated. Not so bad.

Here are some more lovely views of this lovely old town.

The BIA walking tour gives a few details on some of them. The stone Georgian/Italianate
house below is associated with doctors since it was built as a wedding present for young Dr. Henry Richardson. Fortunately, this home has retained/replaced exquisite roof brackets, unlike the Rousseau house, stripped down for fine dining.

Note the projecting frontispiece and (broken) pediment above the centre doorway with pilasters, sidelights and transom? 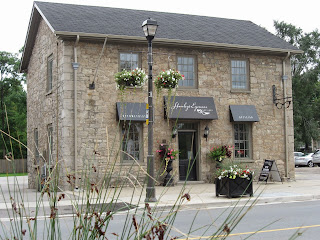 With a bit of detective work I managed to find out something about the stone building at left, the 1840's Marr-Phillipo house, and wrote about it in another post just now. 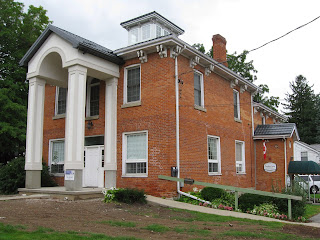 This Italianate (I have no idea when the colossal two-story portico was added - or why) started out as a one storey house in 1860 (I'm wondering about late Regency?) and was added to later by Dr. Orton, who liked a belvedere. You can see the difference in the bricks from here. 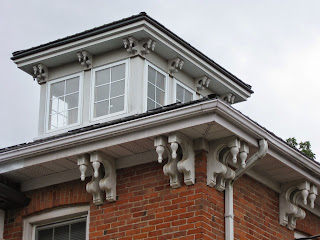 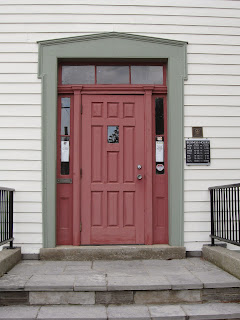 This sweet little clapboard is the Hammill House, dated from the 1830's, once a grocery and butcher shop, then police office, municipal centre and council chambers. Spruced up, it now houses the Ancaster Heritage Village BIA.

There are great displays of historic and architectural interest.  But my favourite detail is the heavy mouldings and eared trim around doors and windows.

The plain little pale yellow house between the Hammill House and the Old Township Hall is Ancaster village's oldest house. It was moved to this location, and houses Ancaster Community Police behind its prim front, through its exquisite pilastered and corniced doorway with curvilinear patterned sidelights. 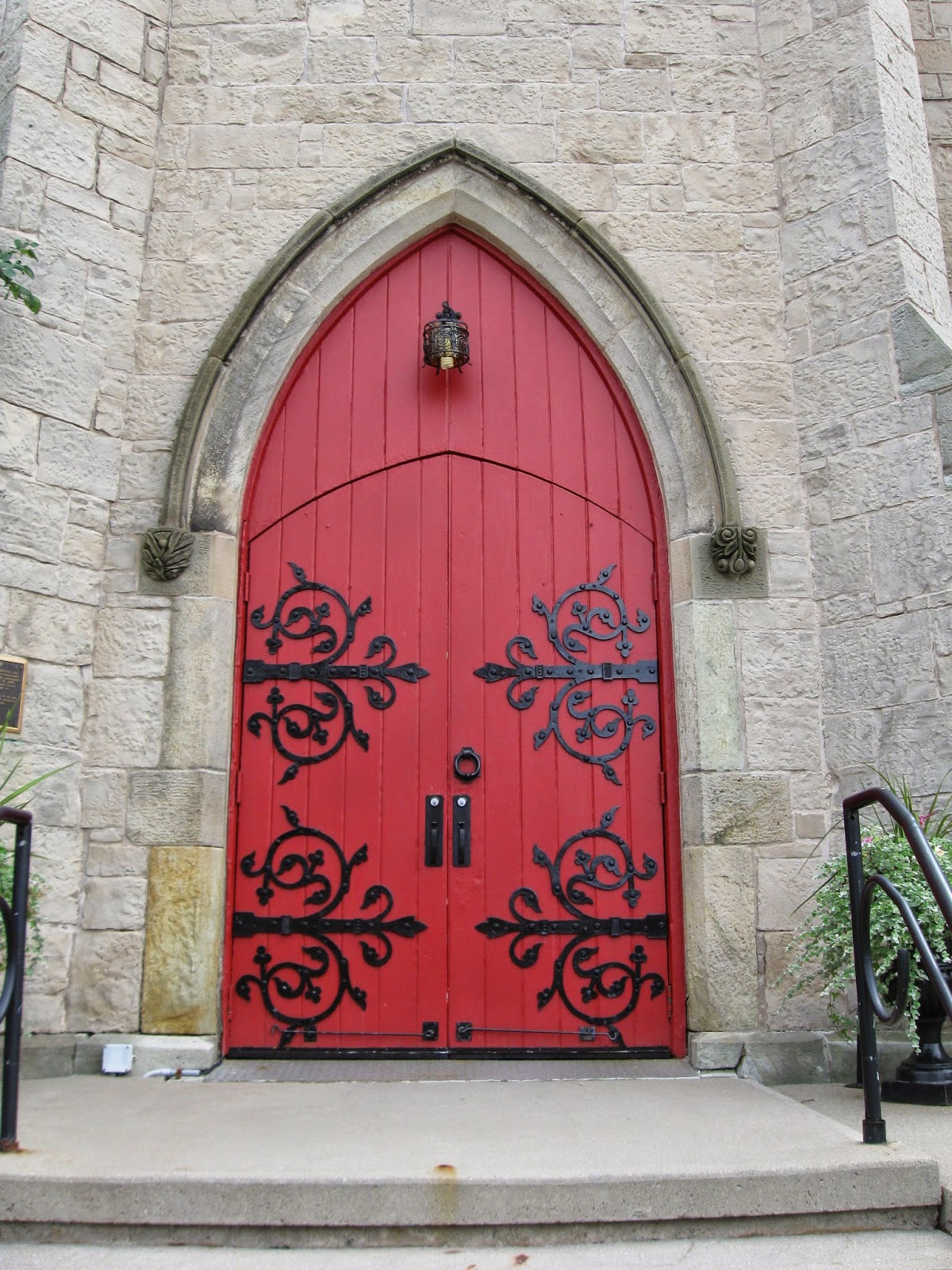 I don't often warm to churches, but this is such an impressive English village kind of building. It was replaced in 1869 after a fire; the parish was founded in 1816 so the churchyard contains memorial stones from the early years of the century. St. John's Anglican is nothing but impressive on its hilltop site, looking beneficently down on old Ancaster. 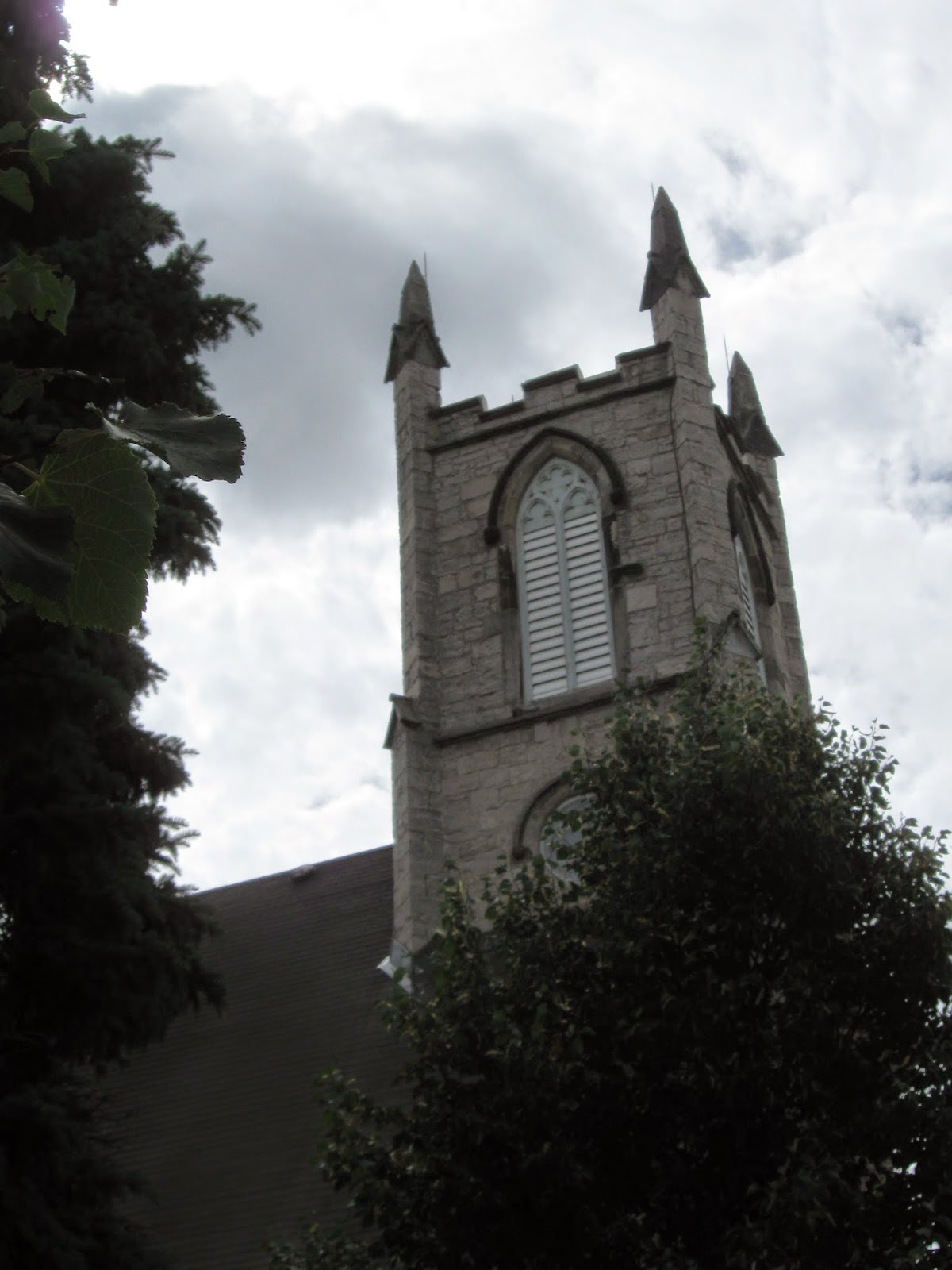 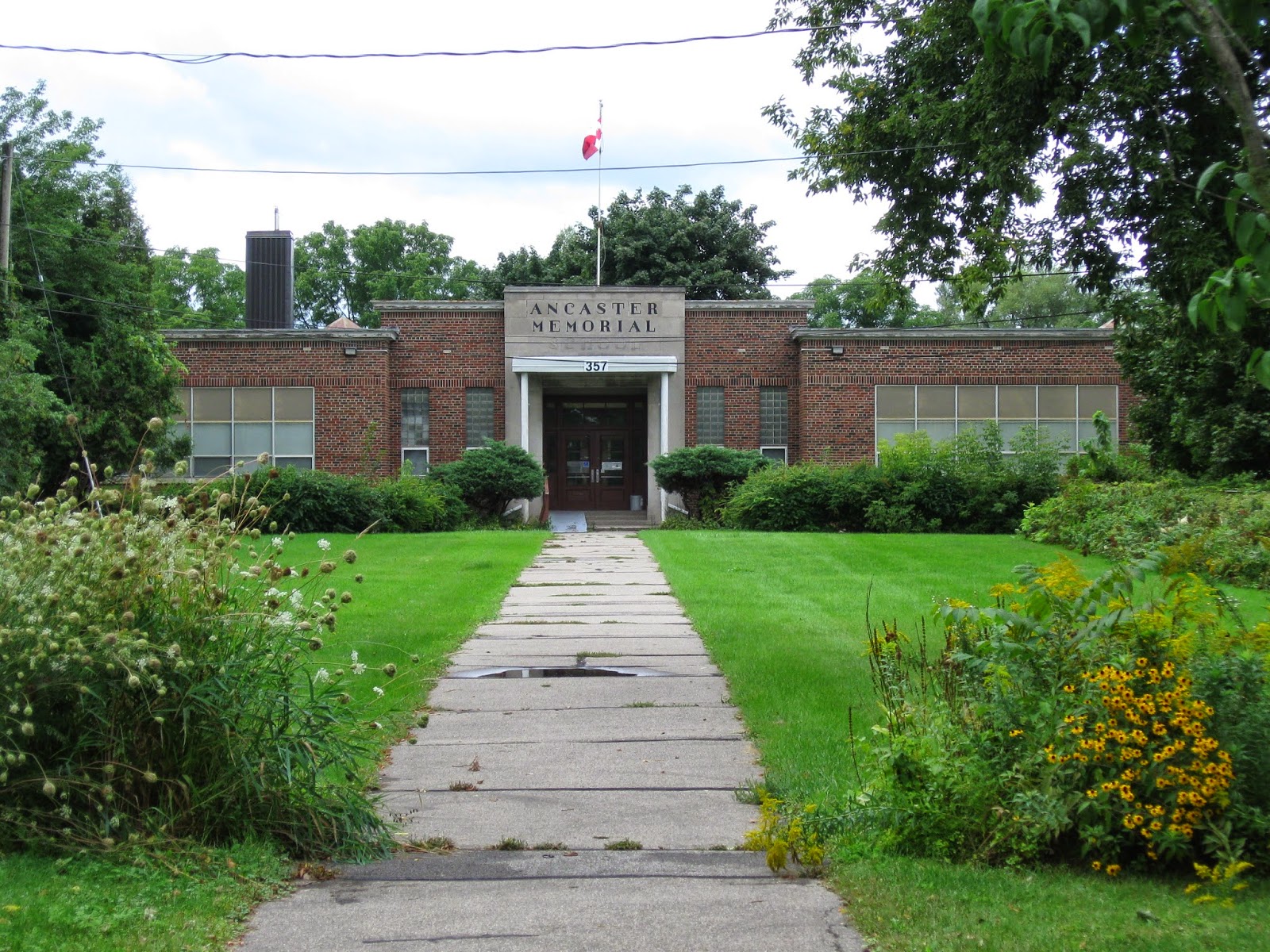 To close with a nod to modern heritage, does this school not take you back? Some of you? It was built in 1947, and to judge from the condition of the grounds, and the sign advertising a public meeting to debate the sale of these surplus property, this little school with its great glass block and multicolour 50's brick is on its way out.

To judge by the way the sign's been knocked over on the grass, the debate has been heated and protracted. Indeed - in July the Hamilton Spectator announced the sale of the property for an arts and culture centre.

Surprised? Guessed condos? Me too. 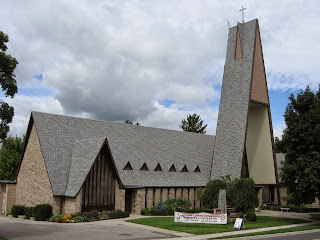 They don't make churches like they used to.
Ryerson United Church 1959-60. Variation on the Perpendicular Gothic.

Posted by Ancestral Roofs at 4:30 PM