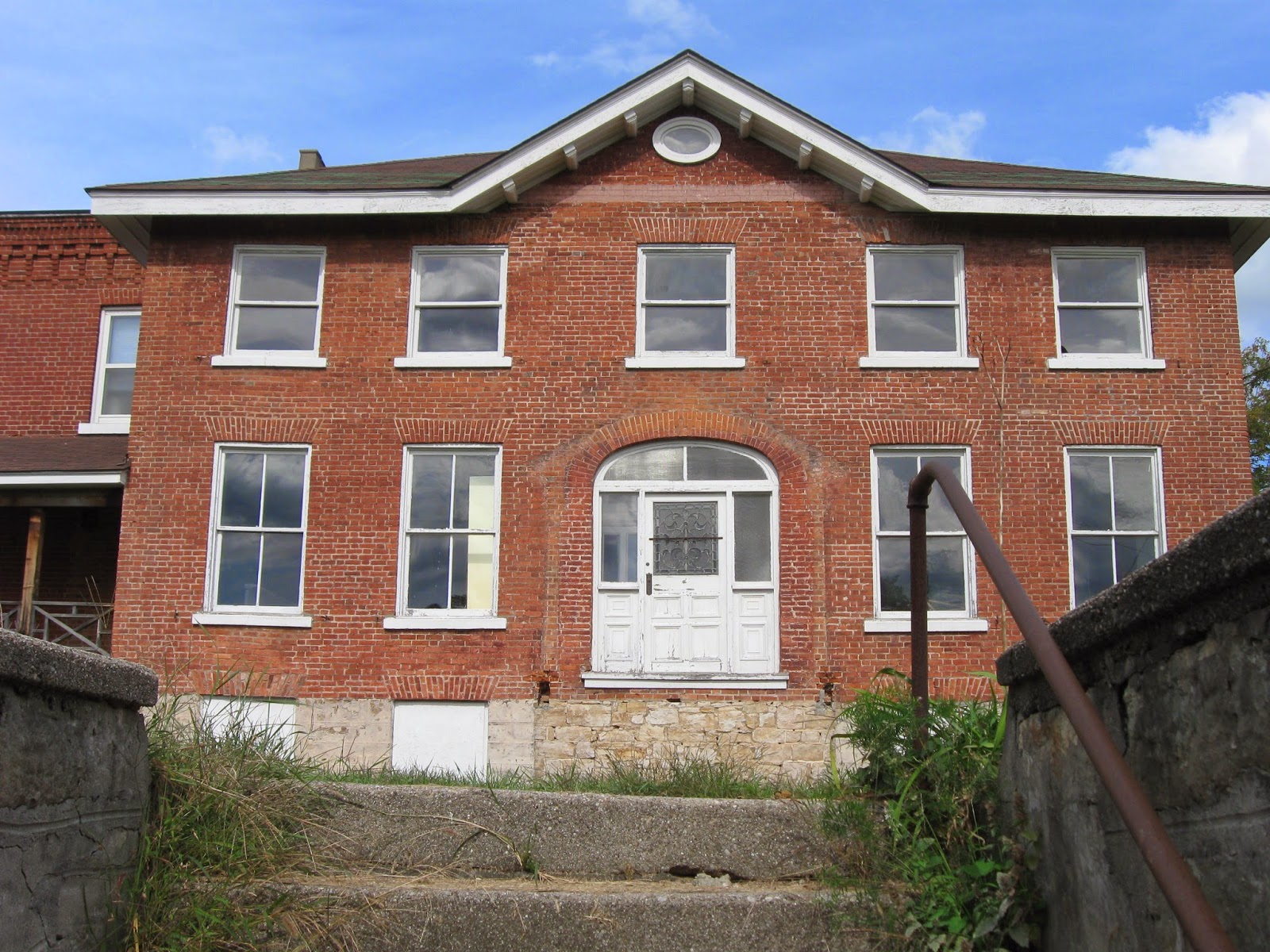 I made a special connection with this once haughty brick dwelling on a late summer walkabout in Perth. Hot, tired and footsore, I took a seat on a stone wall across the street, to wait for my guy to find me after his business meeting. I sat in the sun and recalled a poem I studied in Mrs. Ross' English class, Ozymandias. 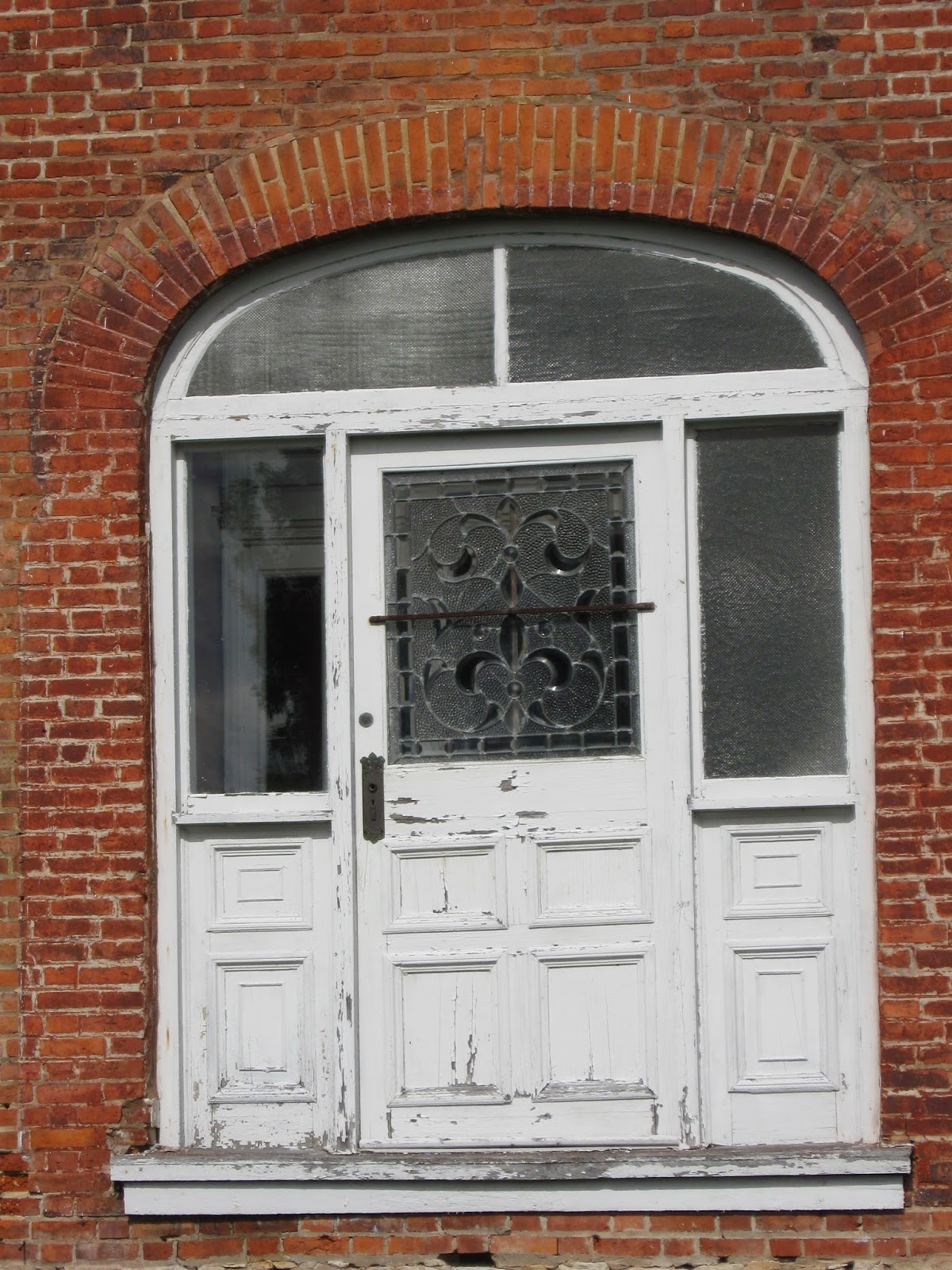 Certainly 'the old Boulton place' (as they say in some circles) is a bit down on its luck. There was a day when the likes of me would likely not have been tolerated dawdling so close to such a fine place as Summit House. I spent a bit of time over this house, and those of two other prominent Perthians, back in July, although I didn't make a personal visit at the time. 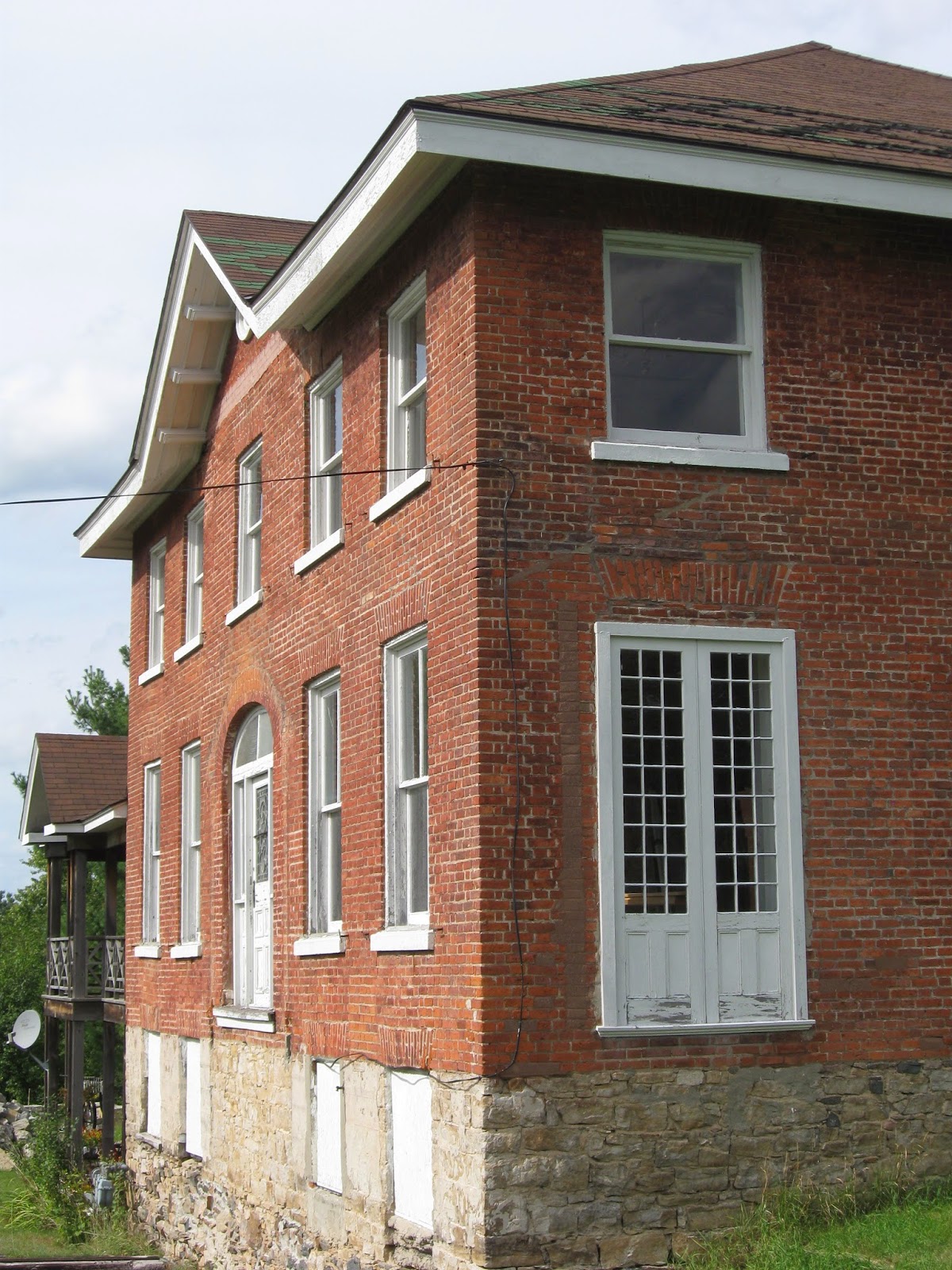 The OHT plaque at the corner of the property tells the story more succinctly than I might."This house was built in 1823 by James Boulton, one of Perth's first lawyers. Modelled after 'The Grange' in Toronto, the house was designed in the Adamesque style, which was popular in Upper Canada during the 1820's, with overtones of the Regency style which superceded the Adamesque in the following decade. The graceful fanlight over the main entrance and the oval window in the central gable are typical of the earlier style, whereas the tall first-floor windows and the hip roof reflect the influence of the Regency. The use of brick on a large dwelling at so early a date is rare in this province, and the Summit House is one of the first examples, constructed of this material, in the Adamesque or Regency style." 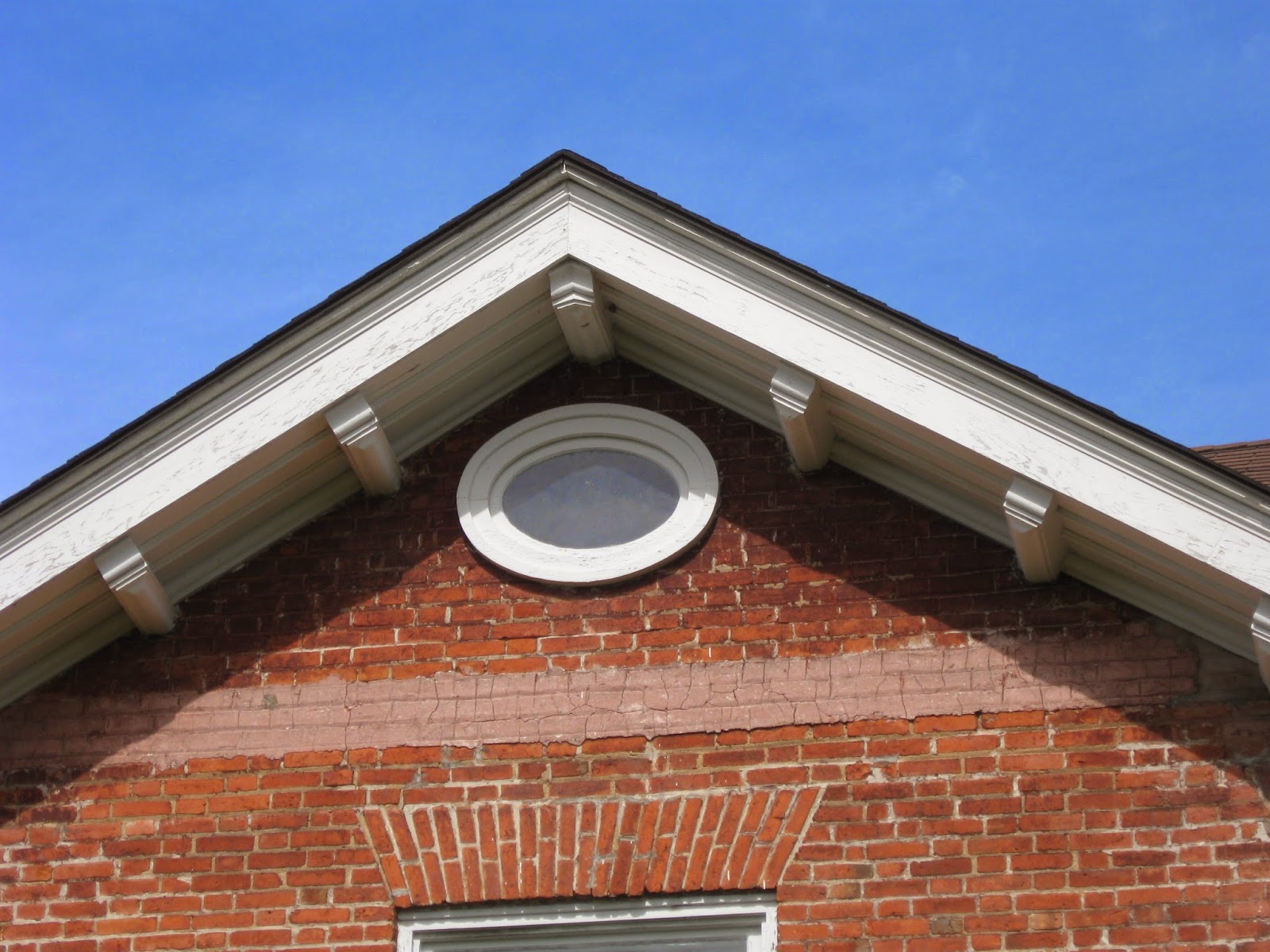 Here's a 1910 photo of the house, thanks to the good folks at the Perth Museum (Matheson House). Follow this link to a before/after photo comparison. Nice to see the walls around the property, all four massive chimneys, a front portico, a sunroom of some sort on the east side, a large driveshed (perhaps), a tower-like structure. The c.1910 photo is part of a fascinating project called 'Remember When, Perth.' Well worth a visit, if you love the architecture of Perth as I do - and enjoy any opportunity to time travel. 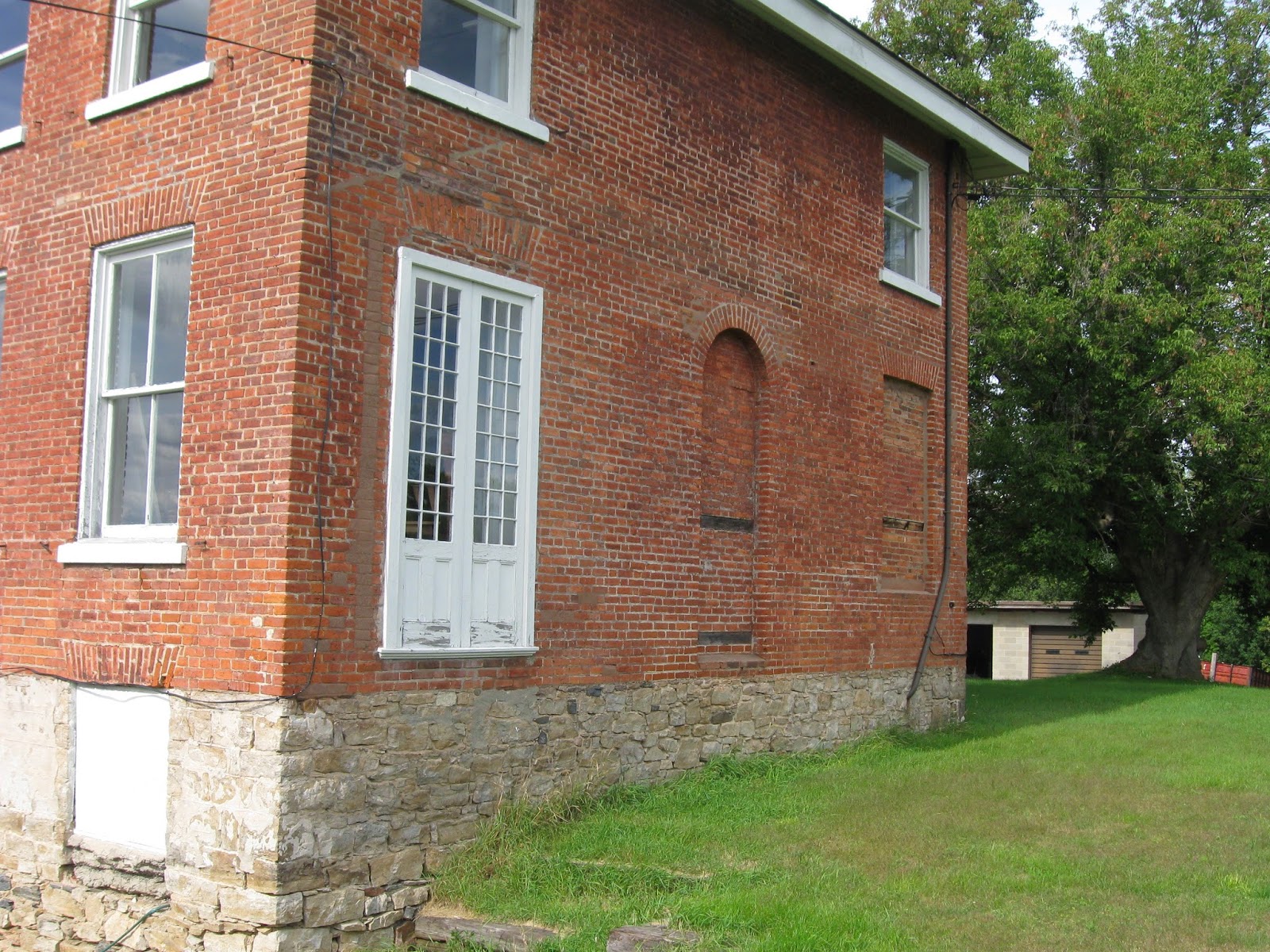 Pretty grand house for a young fellow, scion of an important family, making his mark.


Oh yes. Ozymandias. The theme of the poem is "the inevitable decline of all leaders, and of the empires they build." (the Wiki)

Posted by Ancestral Roofs at 4:59 PM