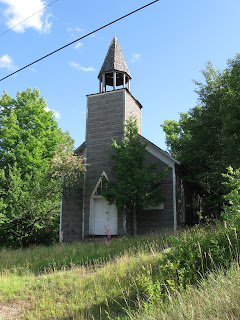 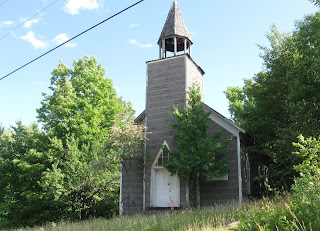 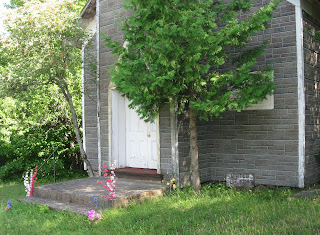 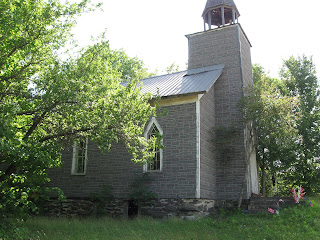 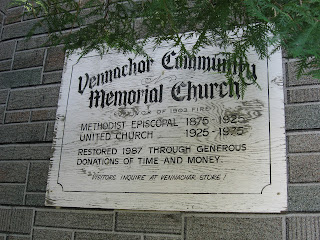 But it was the message on the sign which brought such powerful images - of people struggling to establish communities in a hostile land, then seeing everything disappear in minutes in an inferno. The sign explains that  Vennachar Community Memorial Church (1875) was the only survivor of the 1903 fire.
Posted by Ancestral Roofs at 12:28 PM No comments: 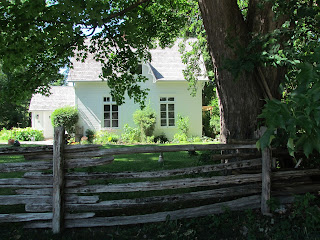 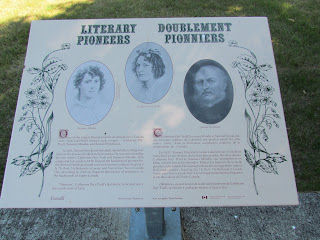 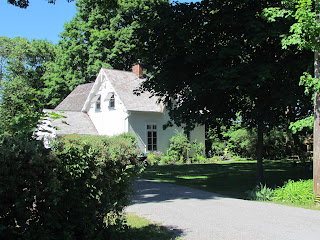 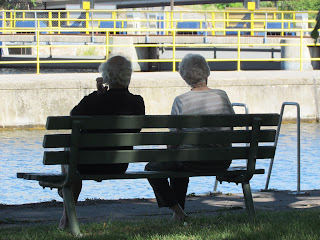 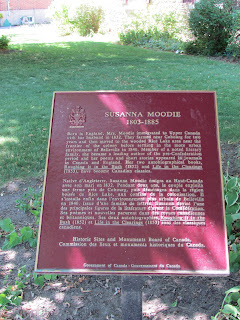 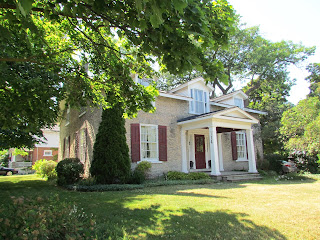 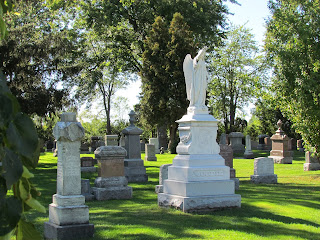 
Posted by Ancestral Roofs at 12:29 PM No comments:

There's a knack to it. I don't appear to have it.
I love looking up, trying to capture the communion of steeple - windows, roof treatment, adornment - and sky,  in that moment just before I fall over backwards.


The photos don't do justice to the places, and certainly don't capture the Heaven-reaching of their spires, and their church congregations.
Nevertheless, I'll share these photos of some I've encountered lately, and add a reflection.

These are very old churches.
The lives of the people who built them were enormously challenging.
Their faith sustained them through the heart-breaking work of clearing the forests, wrestling livelihoods from uncooperative land. They lost wives in childbed, children to simple illnesses, husbands to cruel accidents, precious livestock to predators and homes to raging fires.


Posted by Ancestral Roofs at 11:46 AM No comments: