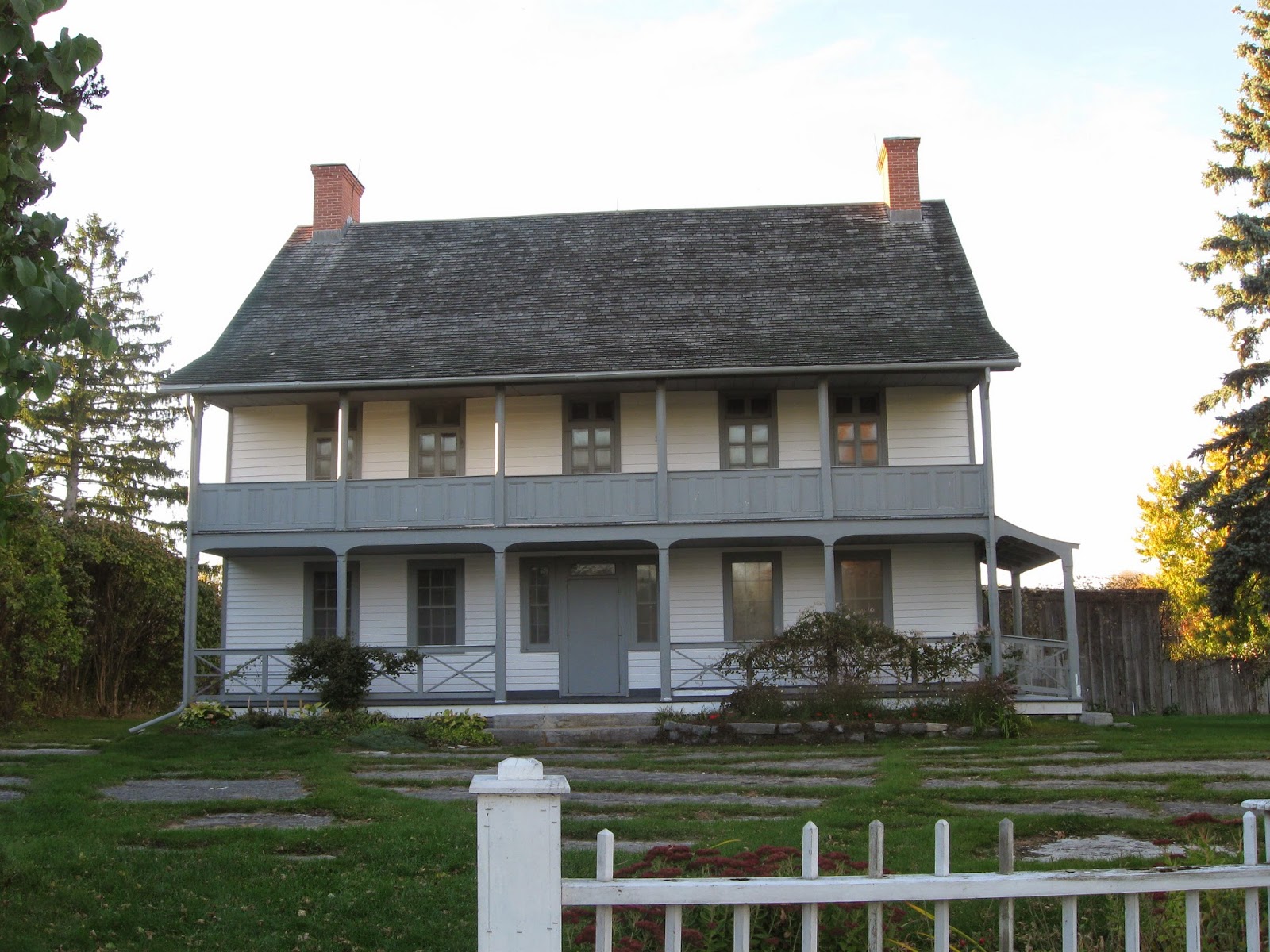 Fairfield House (1793) is one of those unique and beautiful heritage houses that I have often visited, but never entered. On a recent trip to Adolphustown, I captured some extra time to travel the Loyalist Parkway eastward to the outskirts of Amherstview, because I had read that the house was open for tours during July and August.


And so it was. Young Frank our guide undertook to tour a couple from Hamilton and myself around this rare for Ontario early house. It may have been something of a struggle, as we were all so taken by the early interior treatments, the original to the house furniture, the way the windows opened onto the lake, the many historical displays and artefacts, that he may sometimes have felt like a Grade 2 teacher on the first day of school. 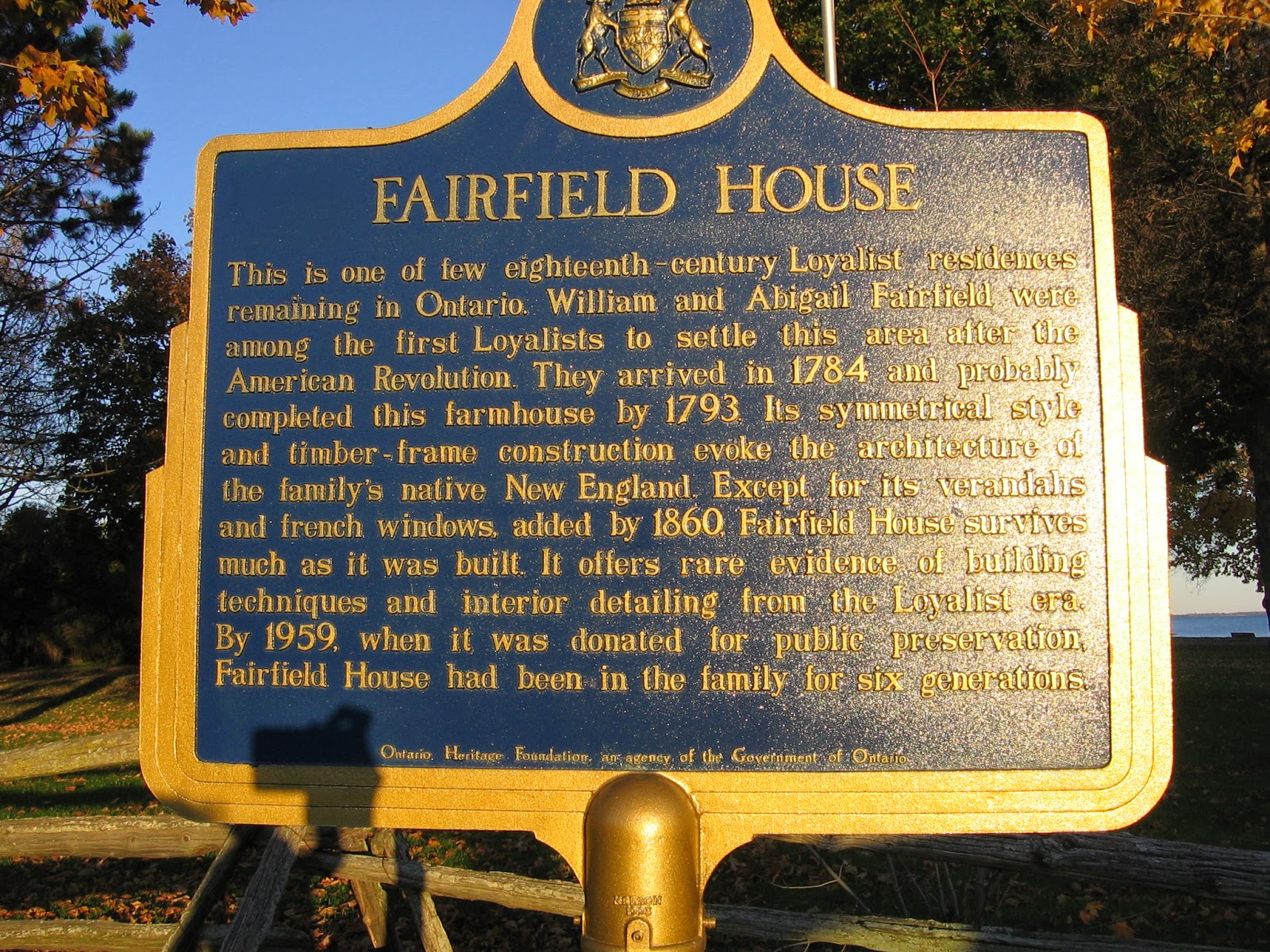 The house is a Loyalist style house, in the New England tradition familiar to the UEL Wm. Fairfield family, originally of southwestern Vermont. Austere symmetrical 5 bay front, simple Georgian door with flanking sidelights, large chimneys at the gable ends. Steep roof typical of the early houses, and a footprint much wider than deep.

The two storey verandah is not original to the house; it was added in the mid-1800's. Our guide told us that the historic restoration team debated removing it, but that on her 1984 visit, Queen Elizabeth had liked it, so they retained it. View certainly fit for a Queen. 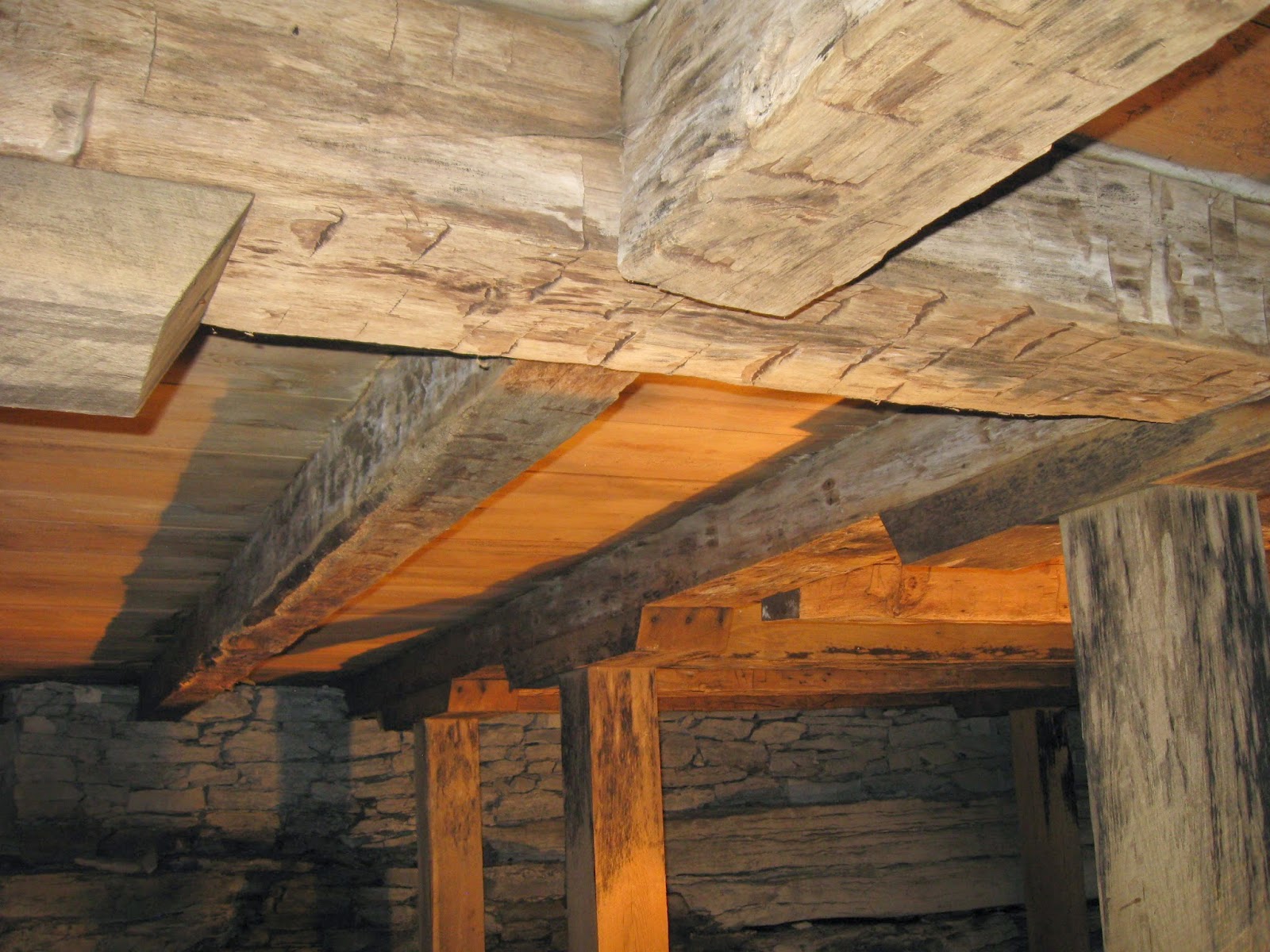 The interior - as I expected - was nothing short of astonishing. We started our tour in the cellar, hewn from the limestone bedrock. In places the builders used the natural strata of the underlying limestone to create shelves in the cellar for storing food. 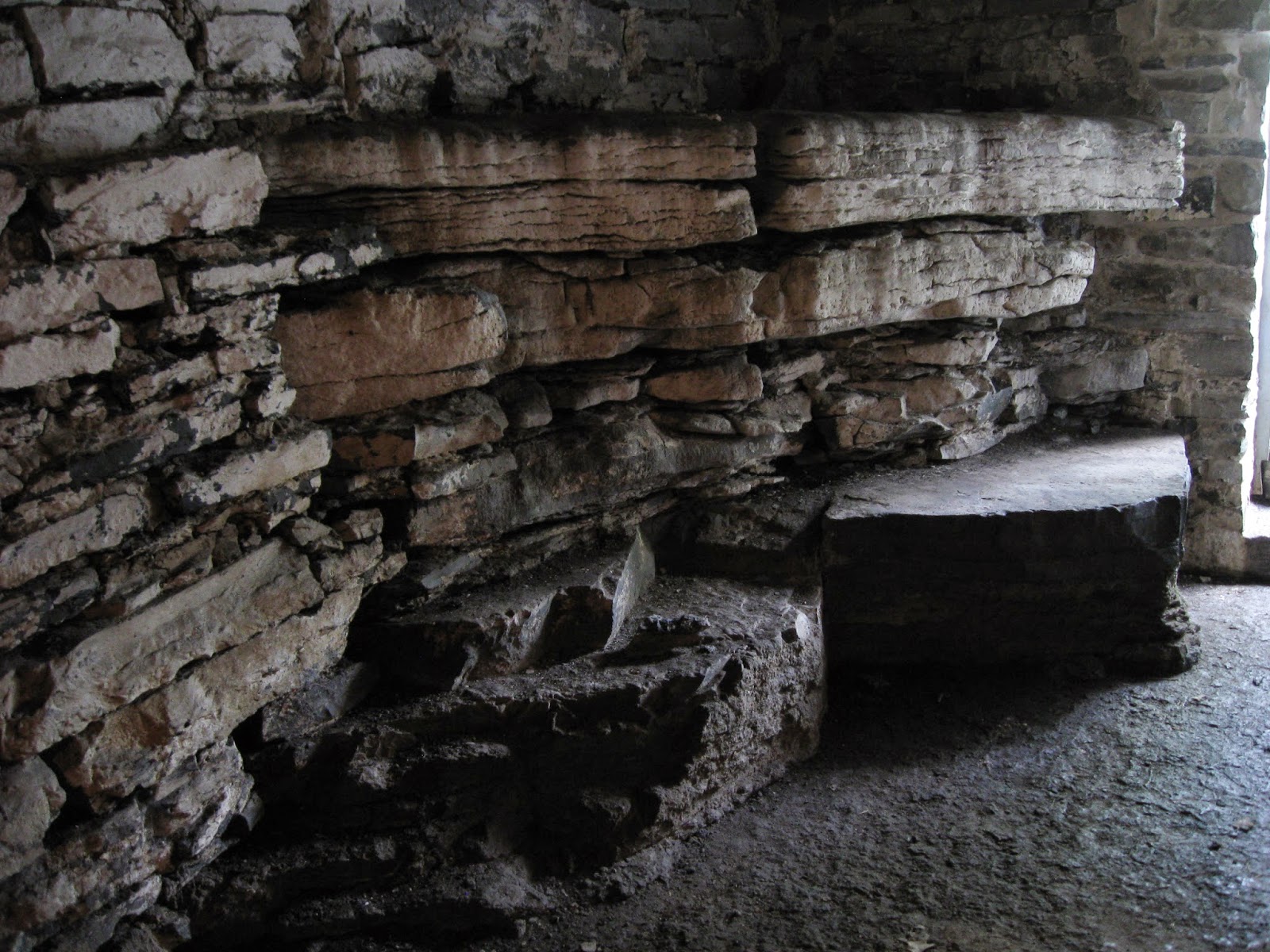 Some of the original hand-hewn beams kept company with much-needed modern replacements. 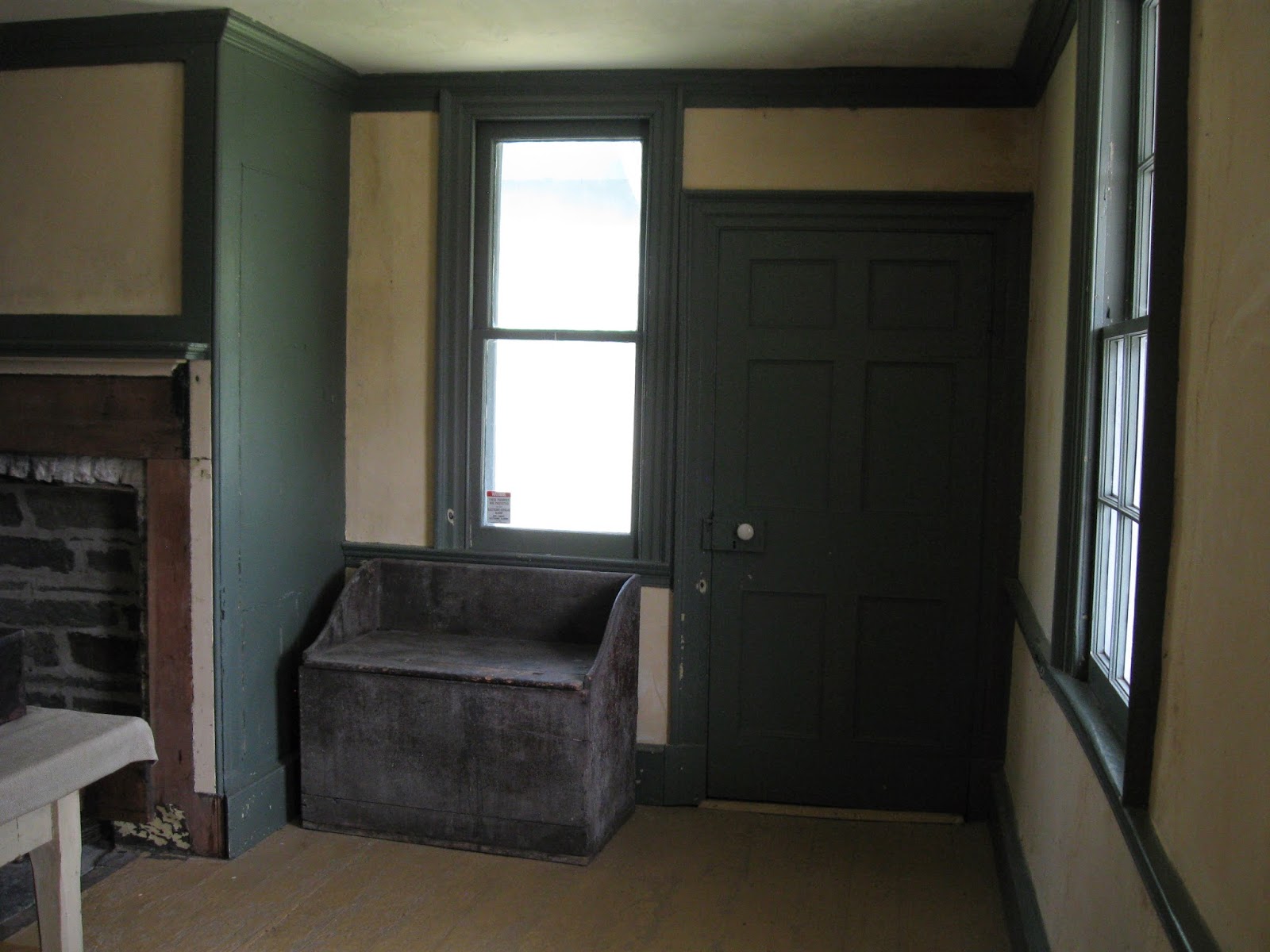 The east side of the house was used as a tavern around 1802; a door opened into the tap room, the corner cupboard moved to the dining room. 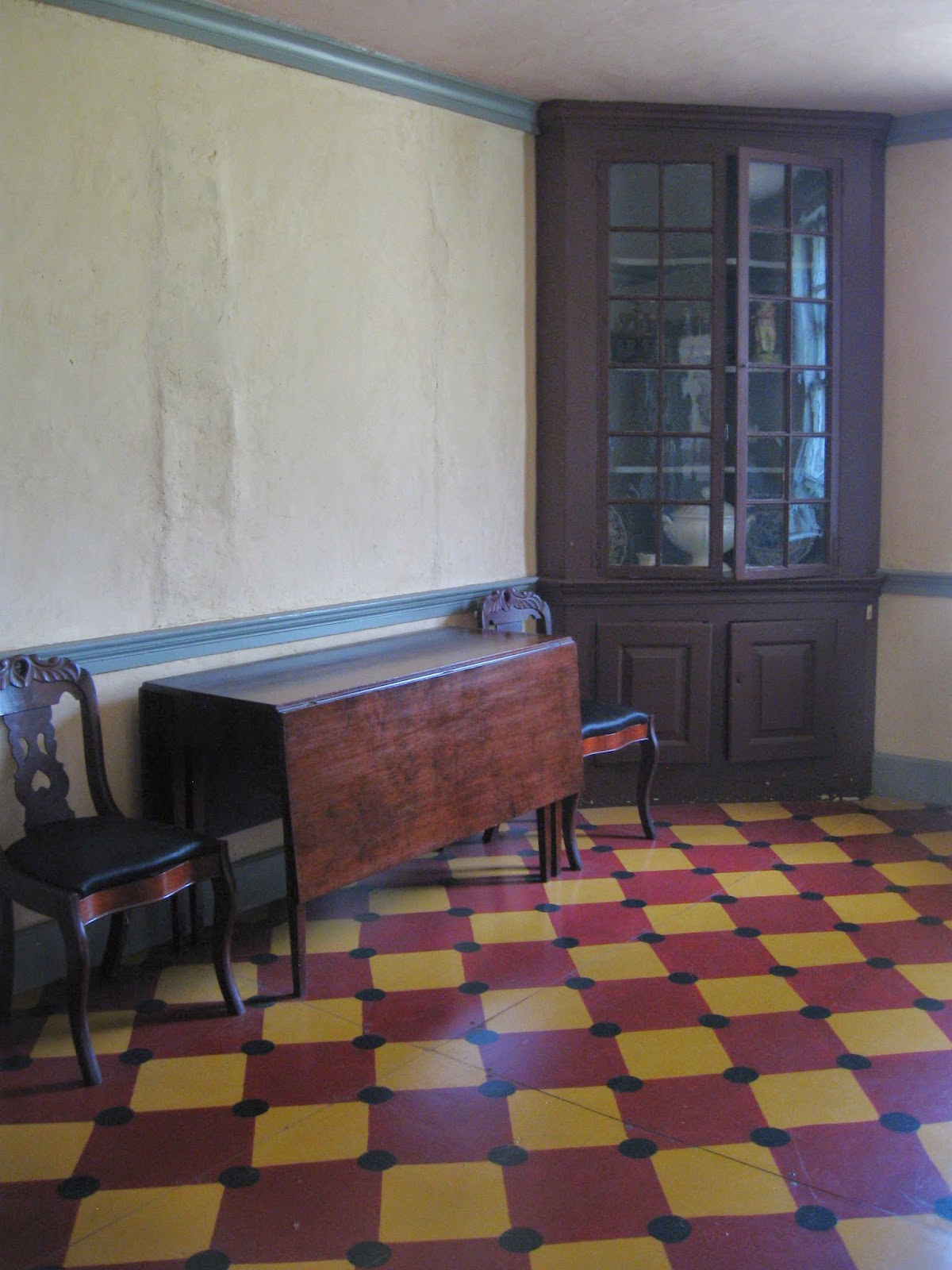 The dining room features the dining tables (2 D-ends and a drop-leaf section), chairs belonging to the house, a corner cupboard originally in the tap-room, a wonderful painted floor, and a fine high mantel with panelling and built in cupboard above.. 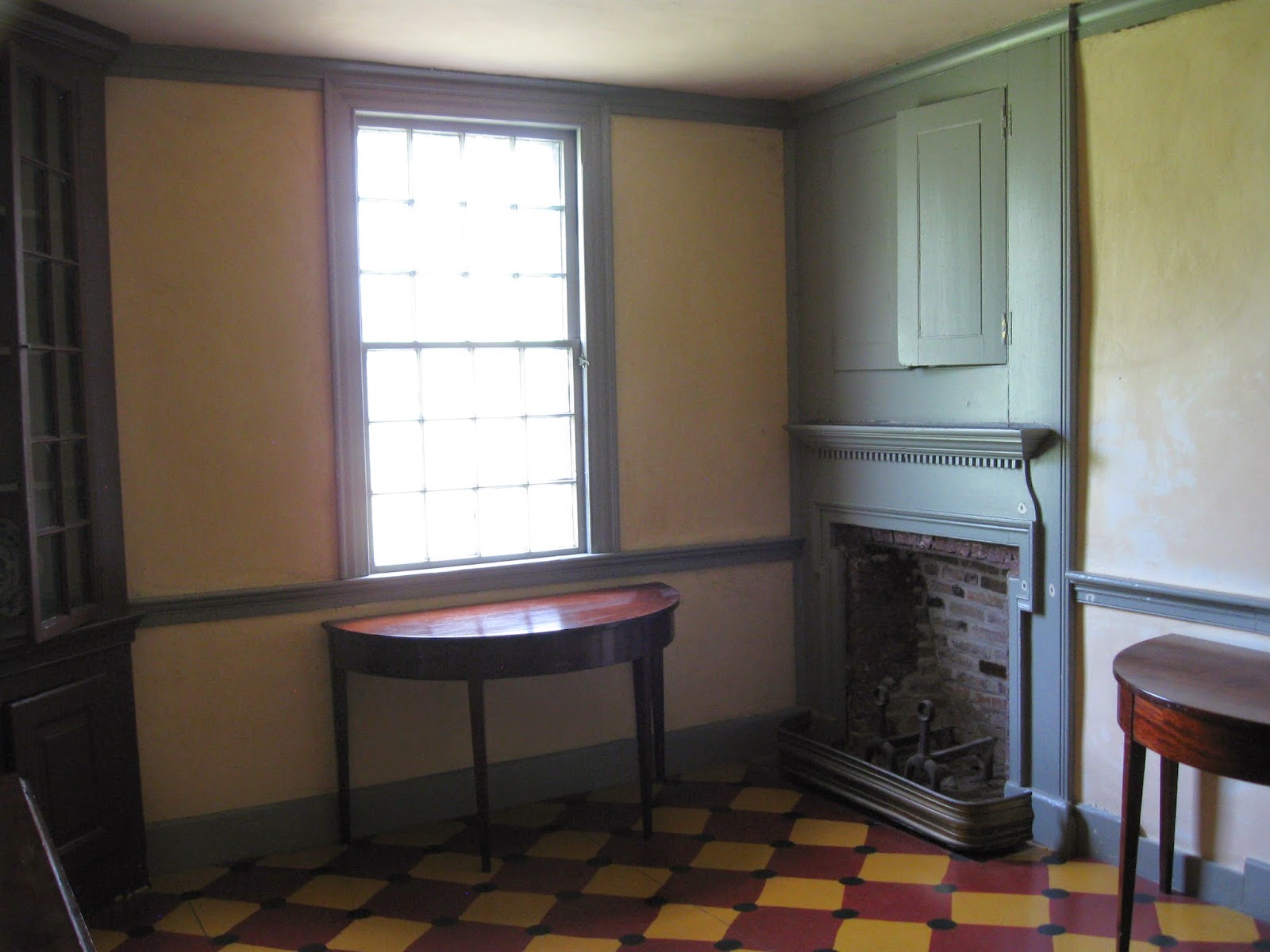 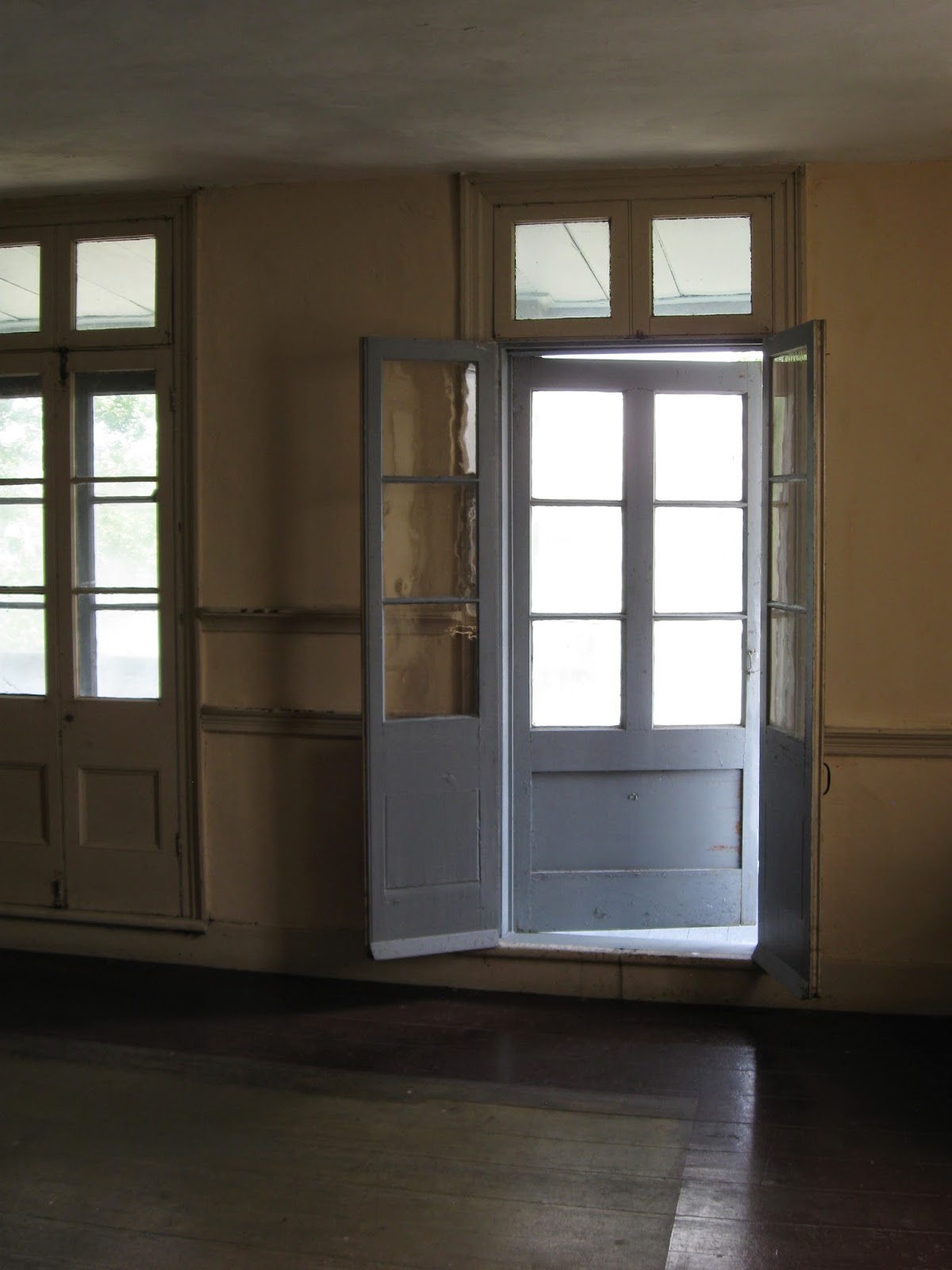 The verandah was added in the mid-1800's.  The French windows which lead to the second floor gallery were contemporary, as was the division of the east bedroom into two by a panelled wooden partition with grand double doors. Could this space have been a ballroom, when the occasion warranted? 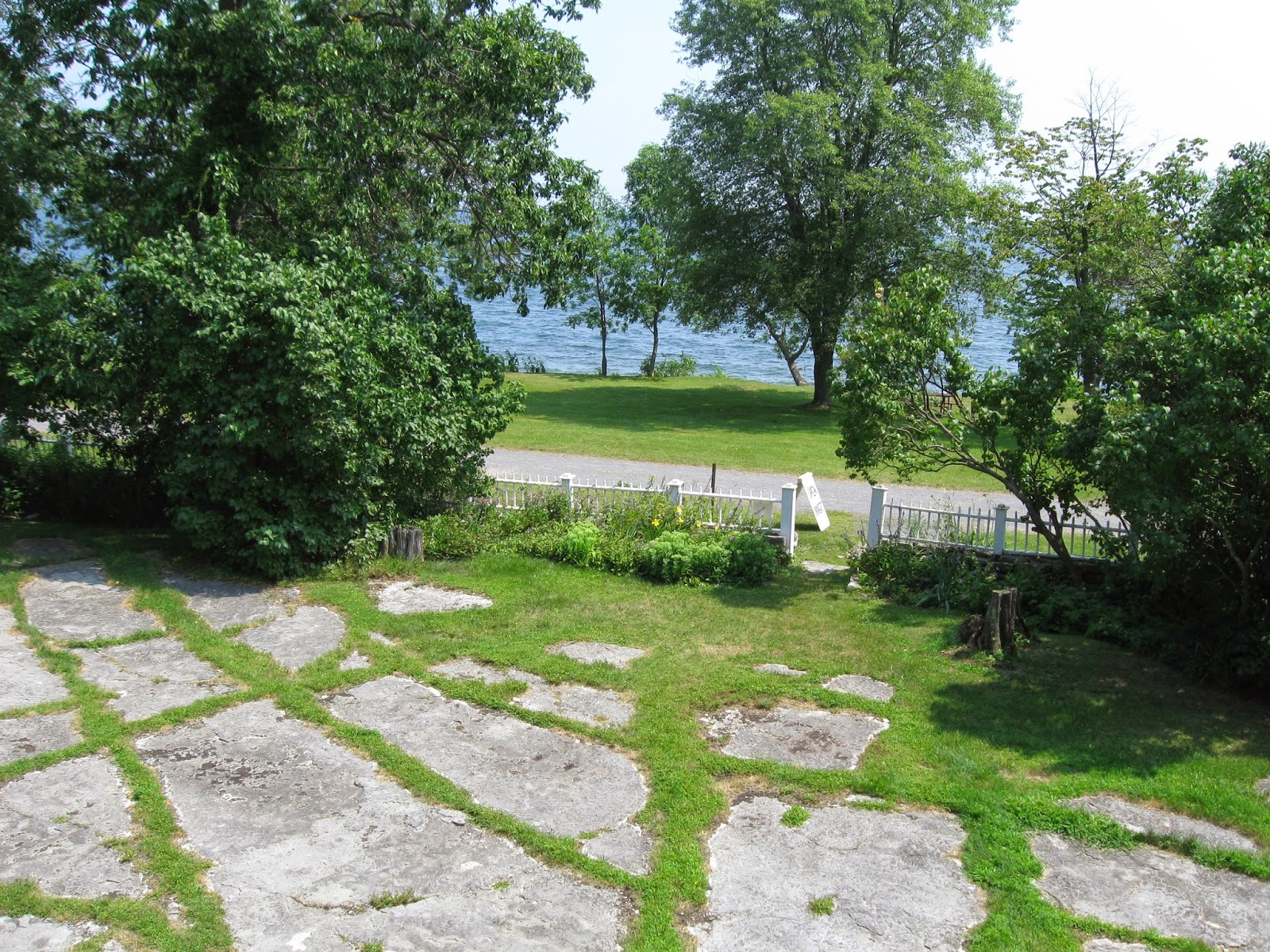 The same shelves of limestone that line the shore pave the front yard (good for an inn-yard, bad for a farm) and combine with quarried stone to create the cellar walls/foundation. 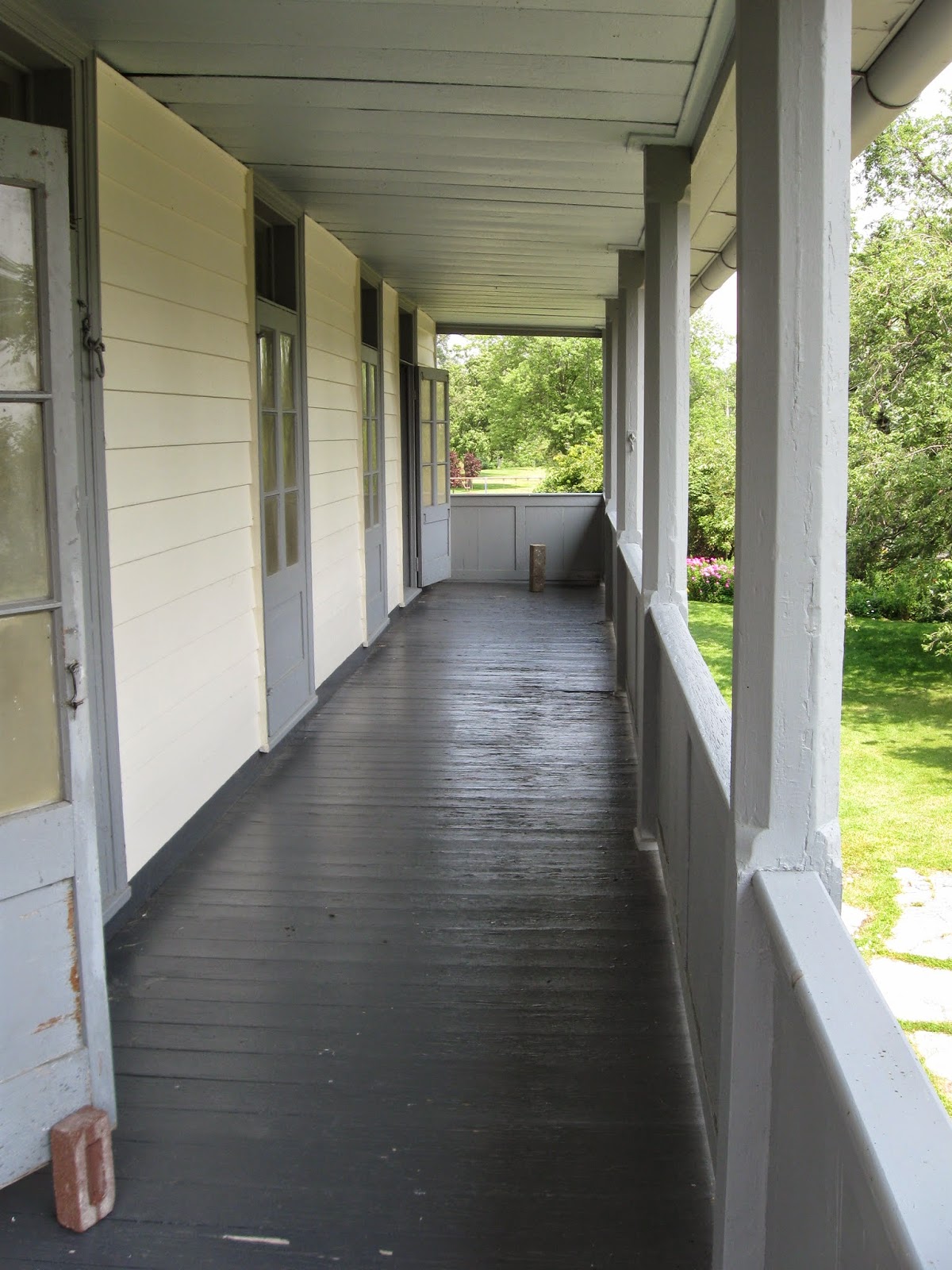 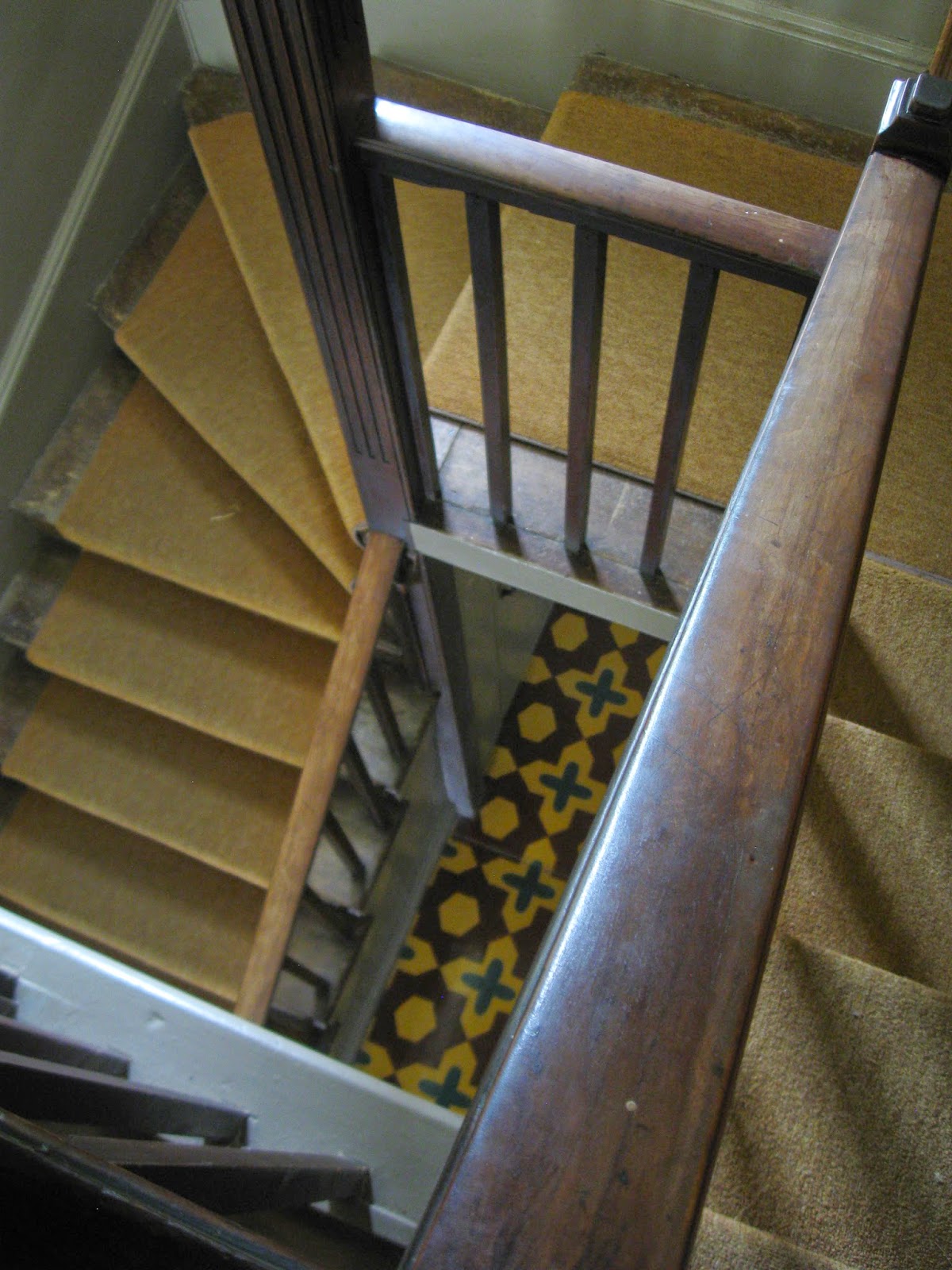 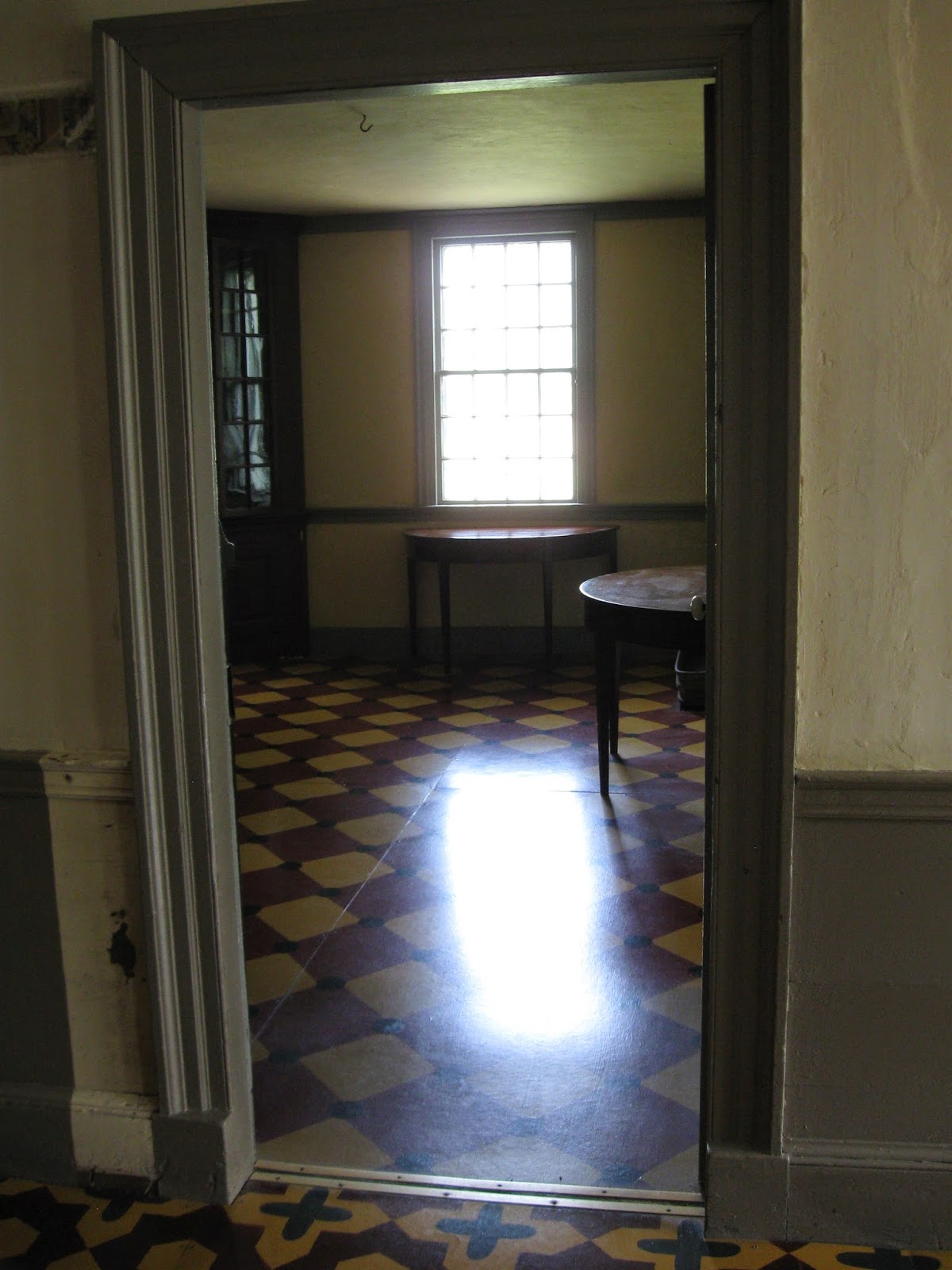 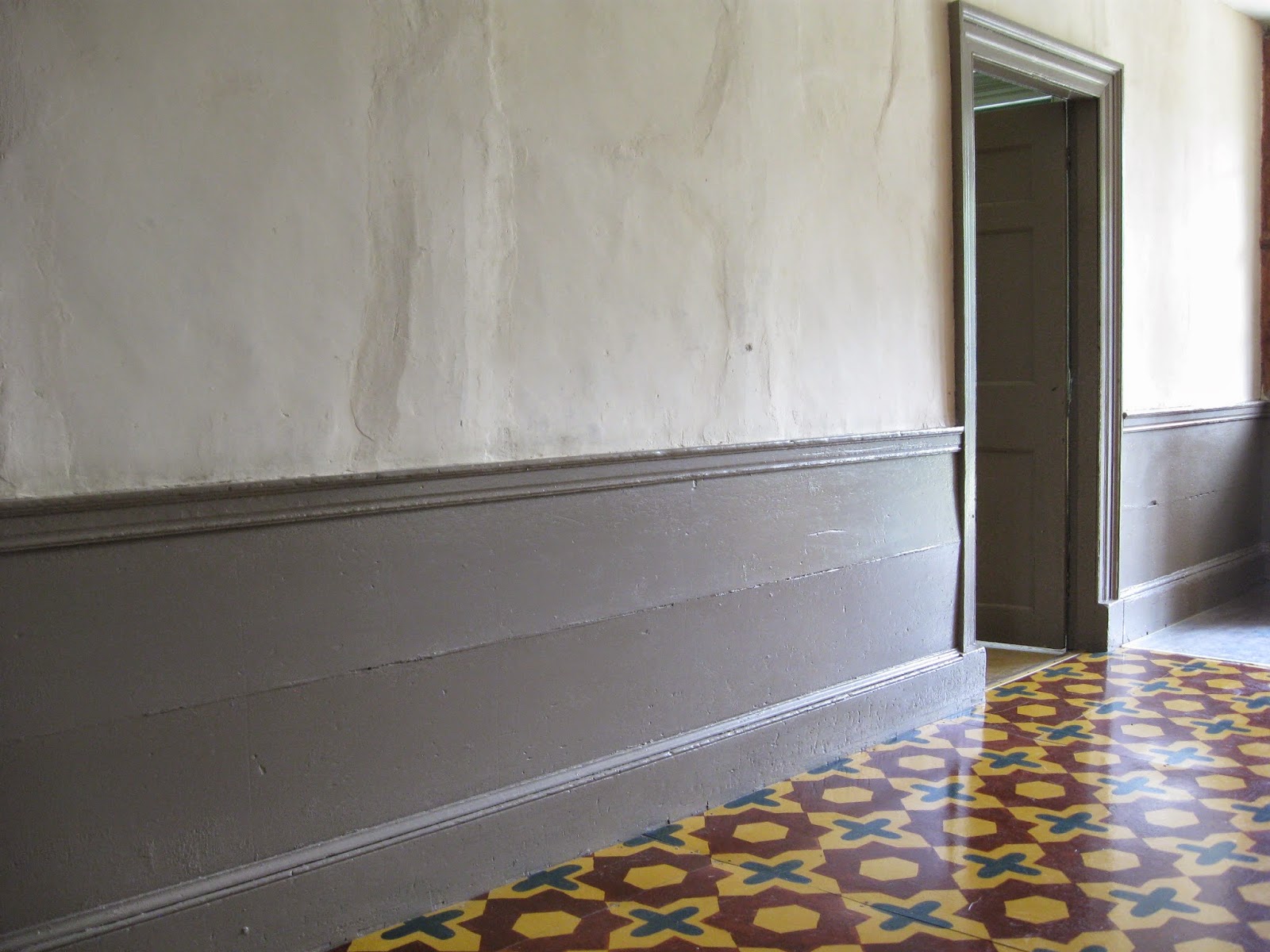 The gleaming painted floors were reproduced from a c.1850 sample discovered in recent years.


It was amazing to see the painted wainscoting of wide boards, the plastered walls, simple balustrade, stairs and door mouldings which have been in place for such a long time. 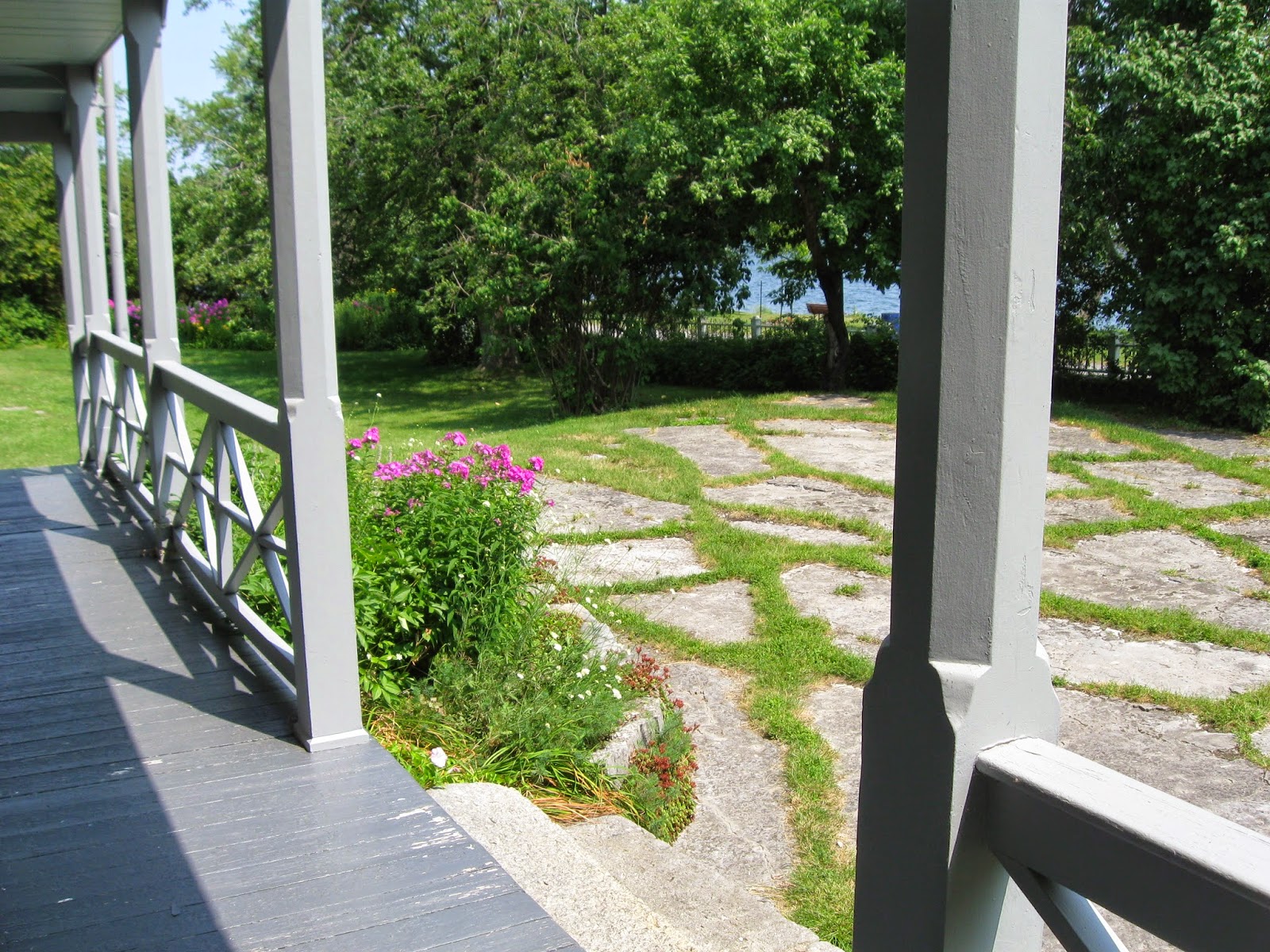 Outside again, I stand and watch the waves of Lake Ontario roll onto the limestone shelves on the shore a few yards distant, across a lane which would once have been the Danforth Road....and time-travel. 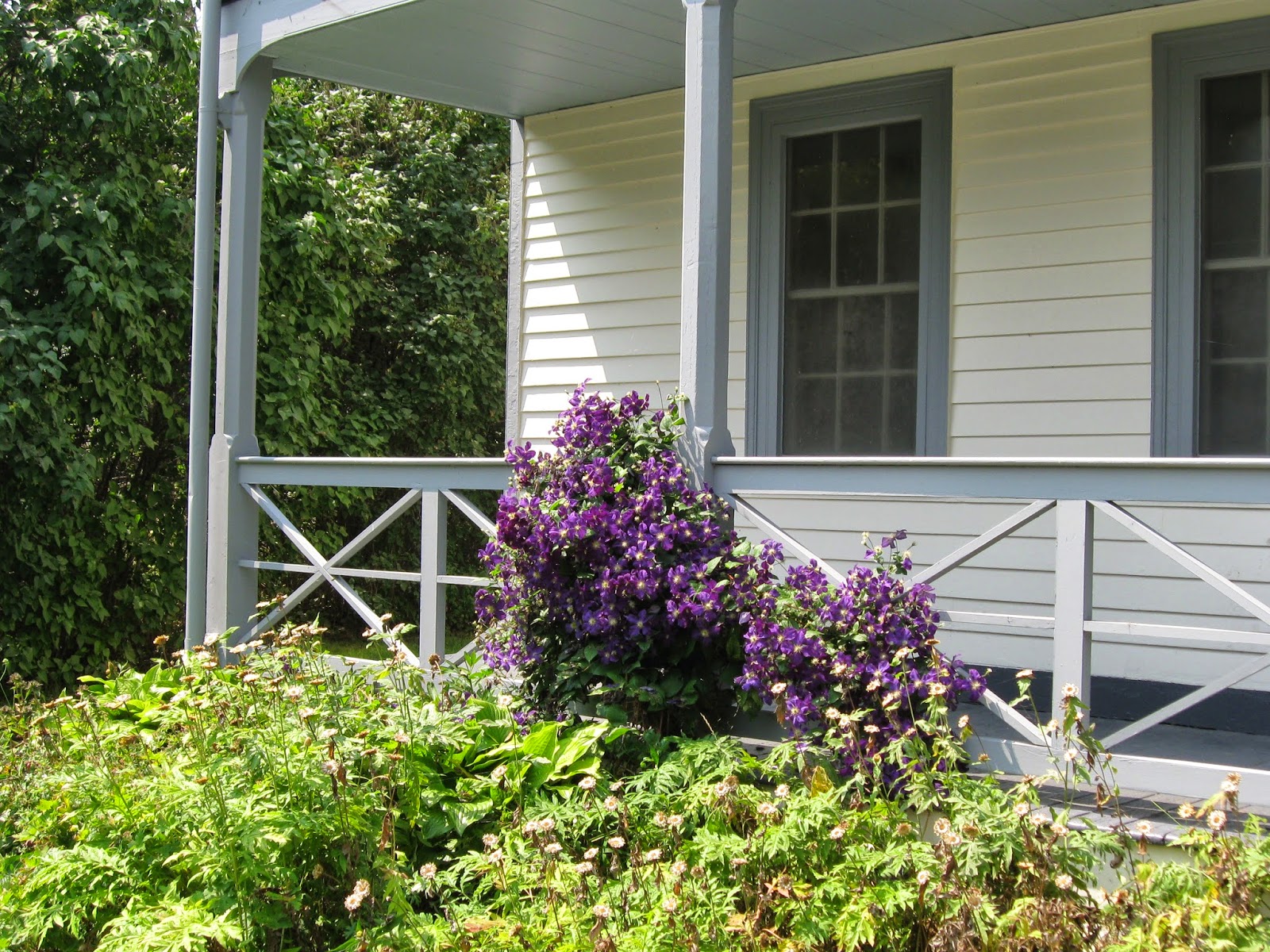 If you've never been to Fairfield House, do go.
Posted by Ancestral Roofs at 9:36 PM 3 comments:

Now I get it...thank you Marc Shaw 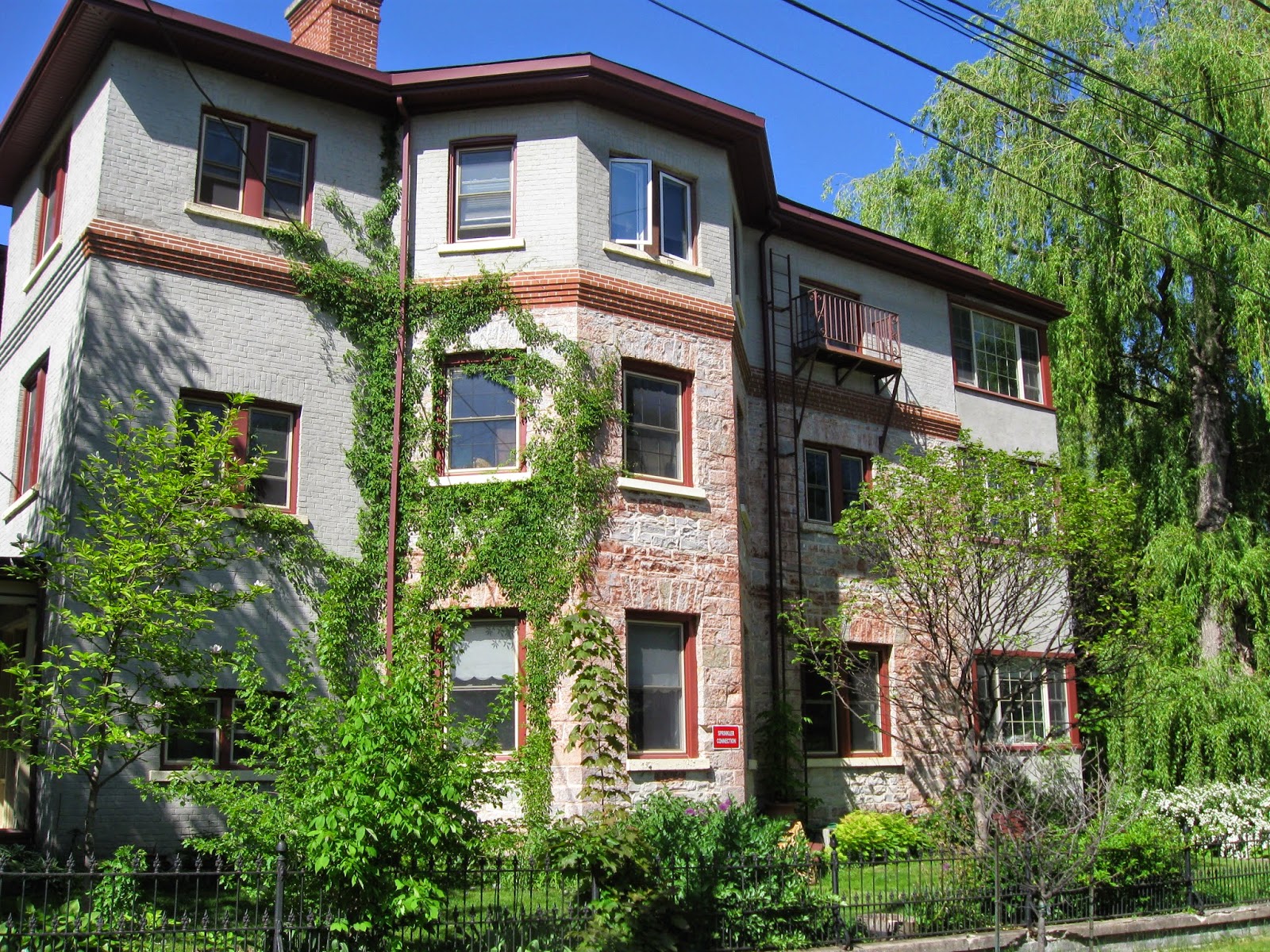 The name rang a bell.
The front of the July issue of Foundations, that fine publication of the Frontenac Heritage Foundation, promised to tell the story of Annandale.

Annandale, I said to myself over the couple of days until I was able to have a look inside. Oh, Annandale! From the first words of Marc Shaw's in-depth article I recalled the appeal this building had for me when I did my Earl Street walkabout in June. How nice to have a chance to know more. 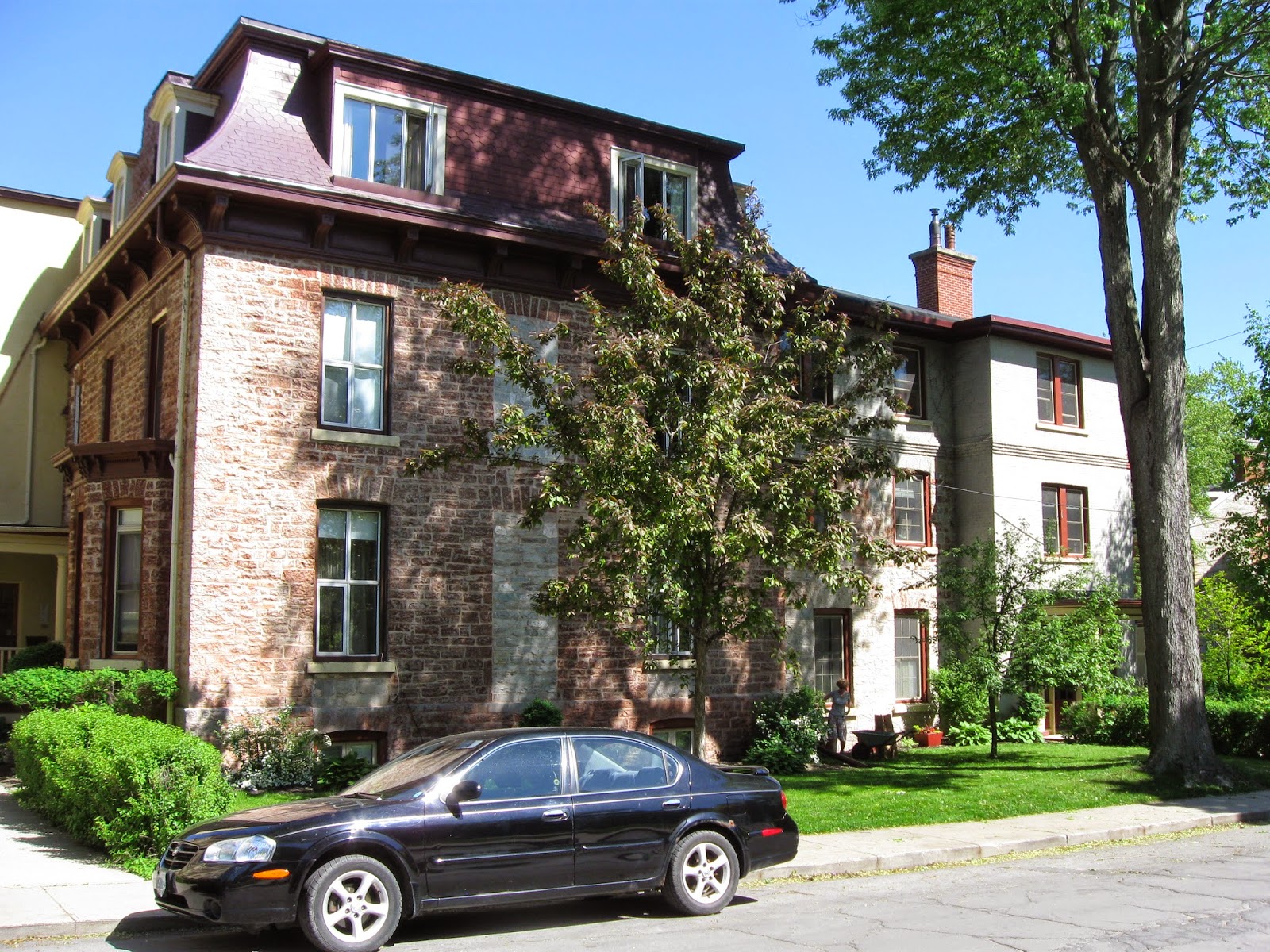 This is just a brief visit...let me share these photos while I read. And if you want to know more before I get back to this post, have a look at the Annandale Chronicle for current and historical photos, and an in-depth history. Really, need I say more? 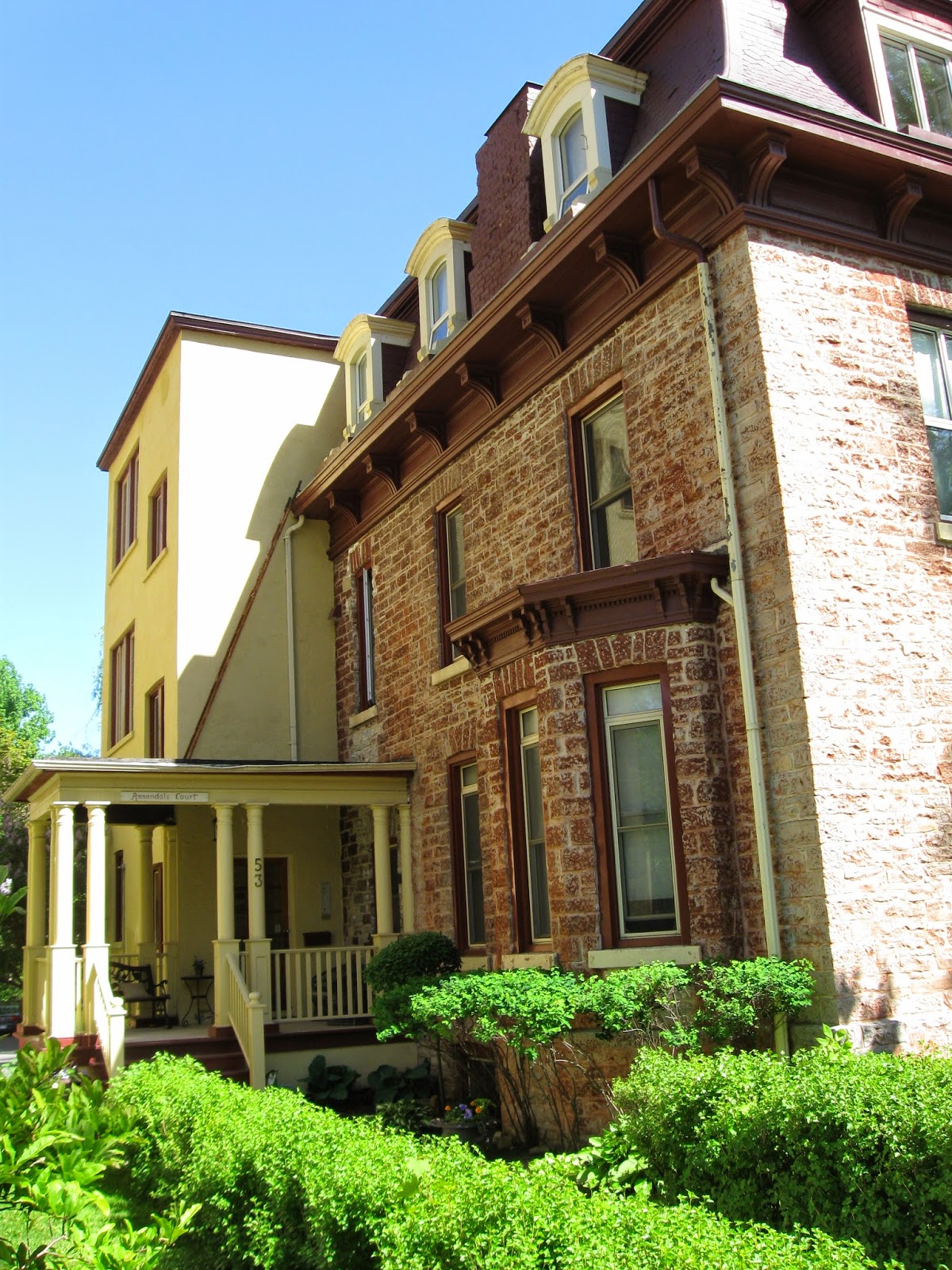 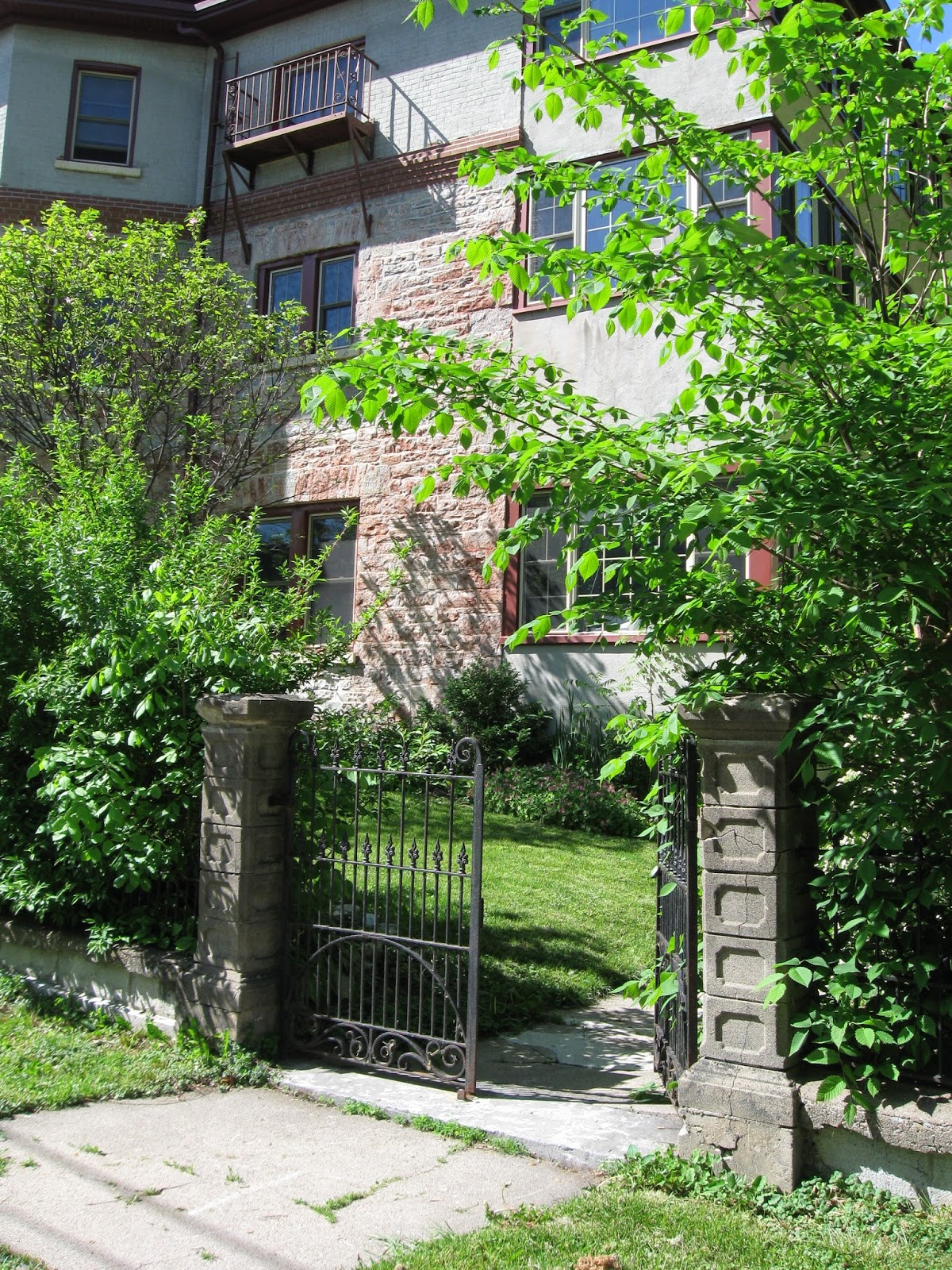 Posted by Ancestral Roofs at 5:22 PM No comments: