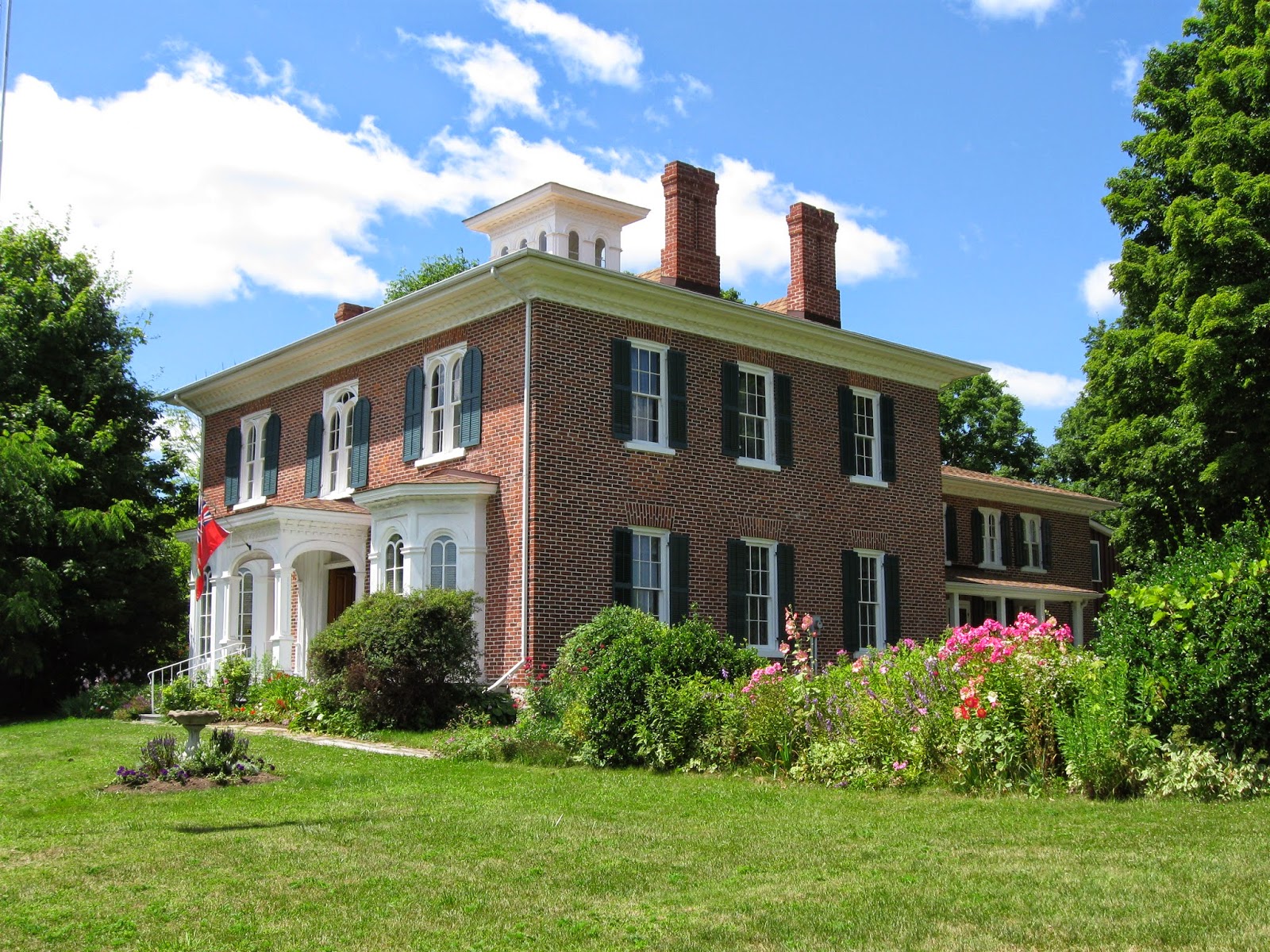 This past summer I promised myself that no matter how busy I got (too busy) I would take myself on a visit to a few of the area's heritage homes open to the public.

Now I have visited these spots on many occasions, always admiring their setting, their gardens, their architectural uniqueness. But most of these heritage houses are run by volunteers (or summer students if they are very fortunate) and as a result, they tend to be open only during July and August. 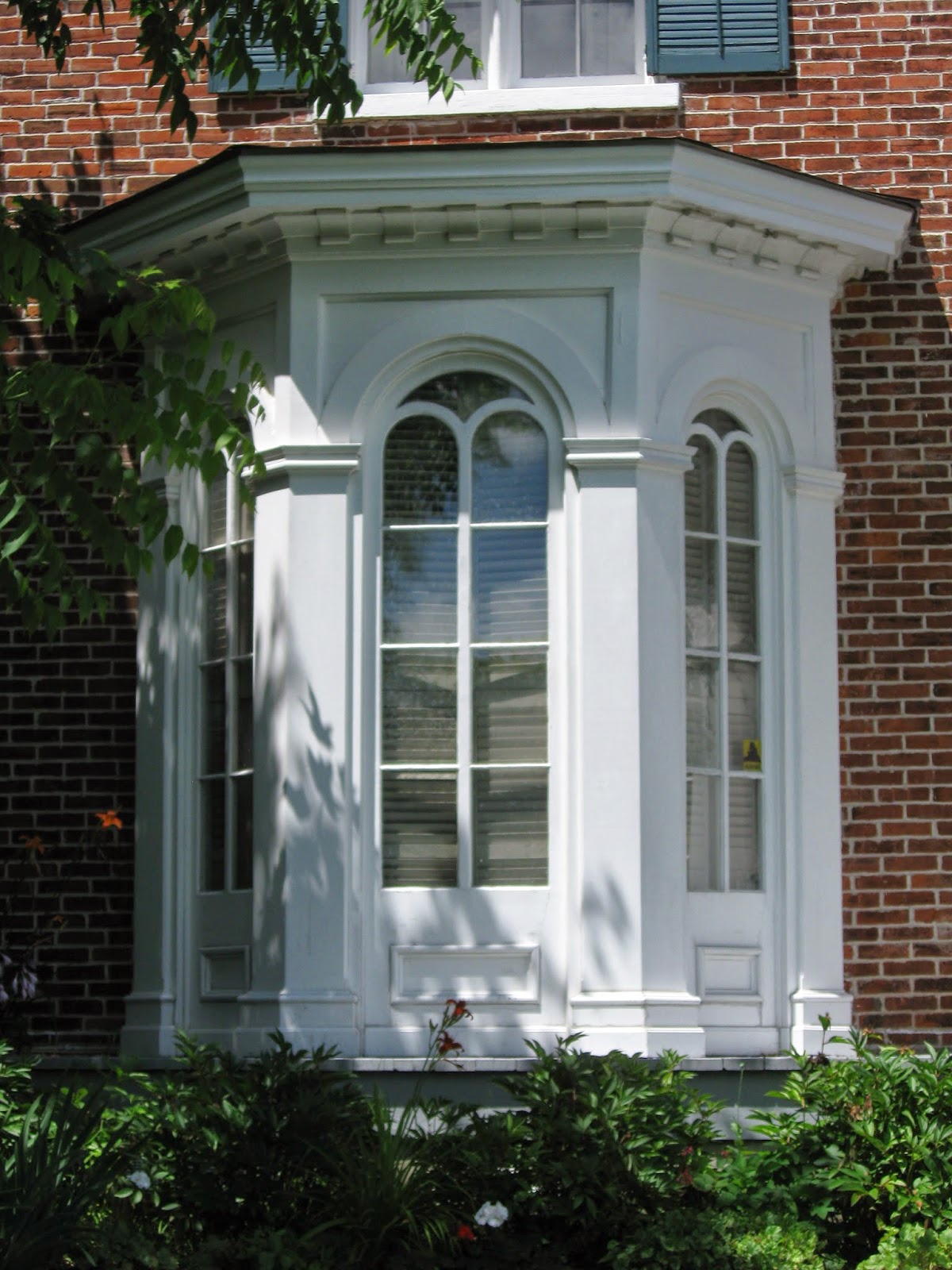 In late August I combined a trip to Brighton for two errands, and a cuppa with a dear friend, with a visit to this stately home overlooking Brighton Bay. 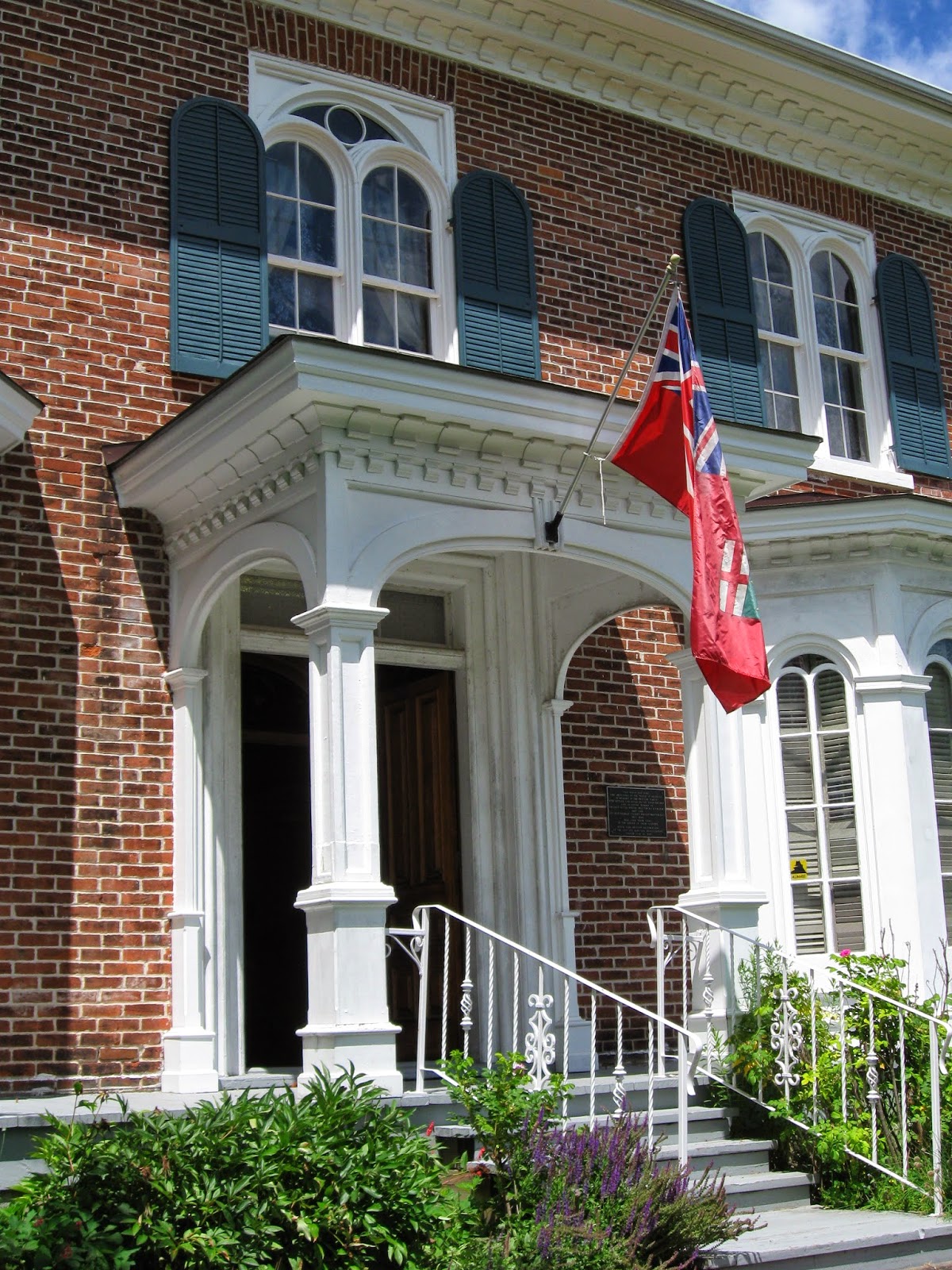 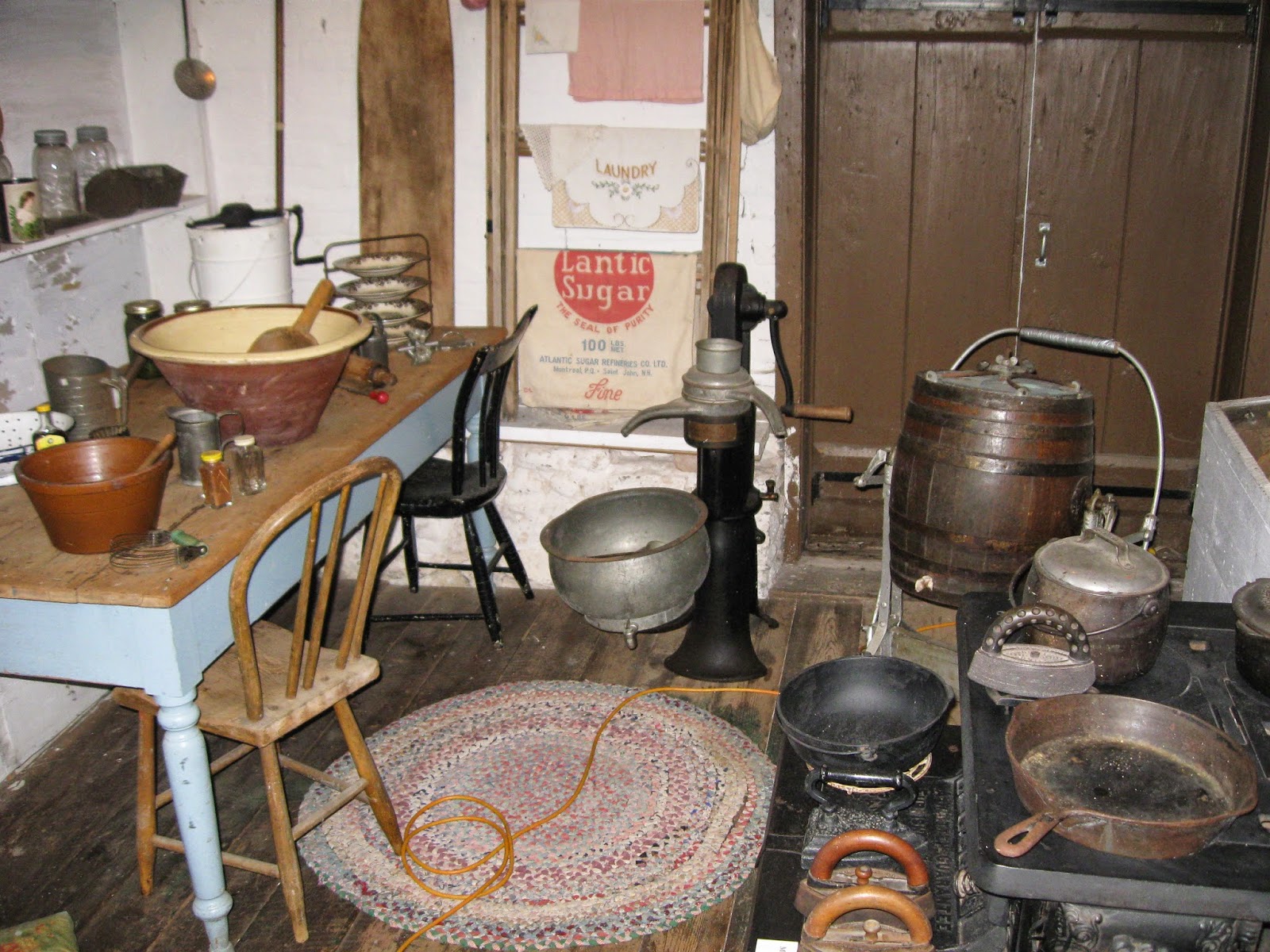 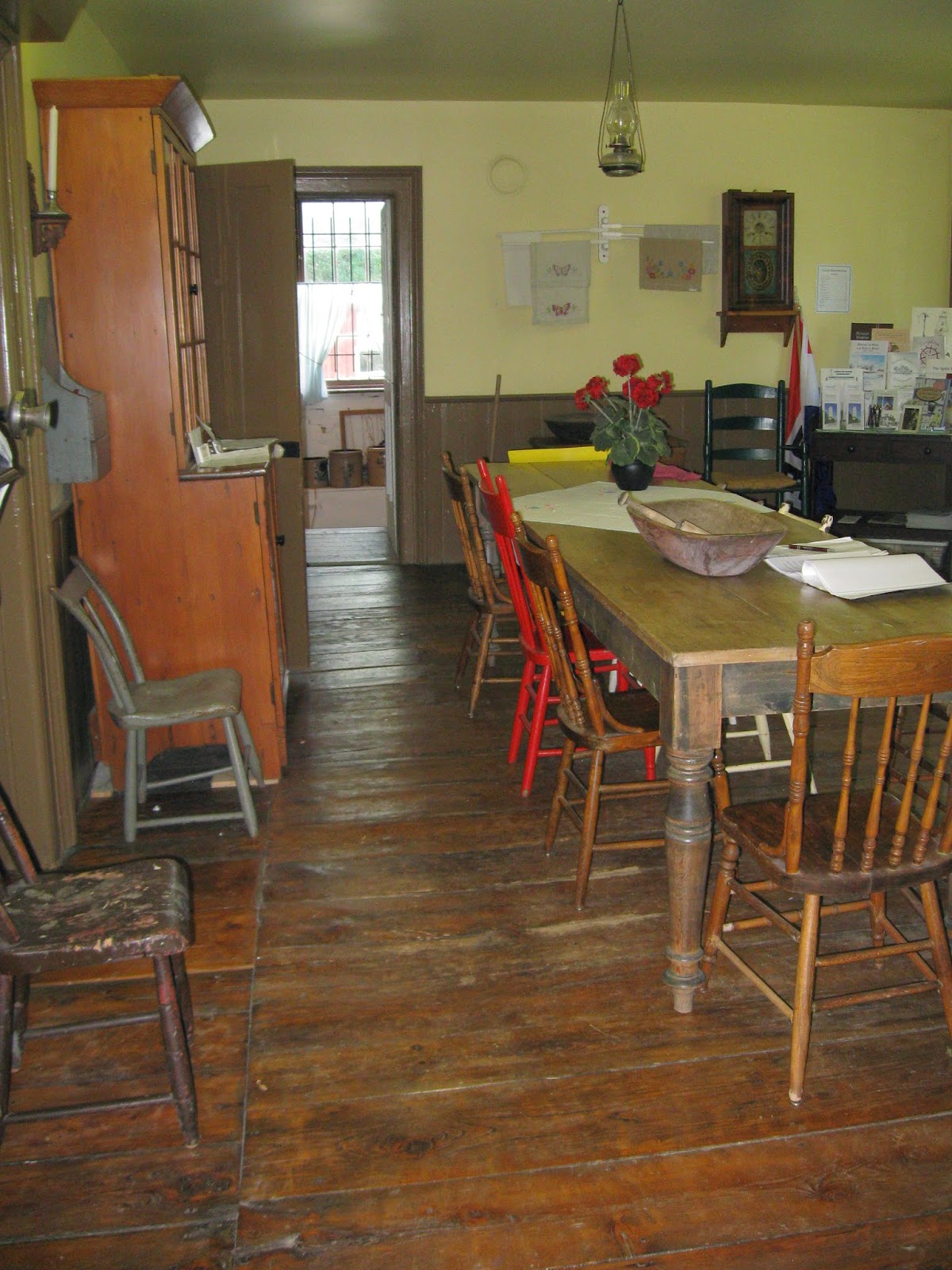 Proctor House was built in 1853 by Isaac Chamberlain Proctor (the austere back wing) and expanded under the Italianate influence by J.E.Proctor in 1869. Proctor was a successful entrepreneur whose enterprises including shipping, milling, and local politics. The belvedere enabled him to check on activity at his wharf on the shore. 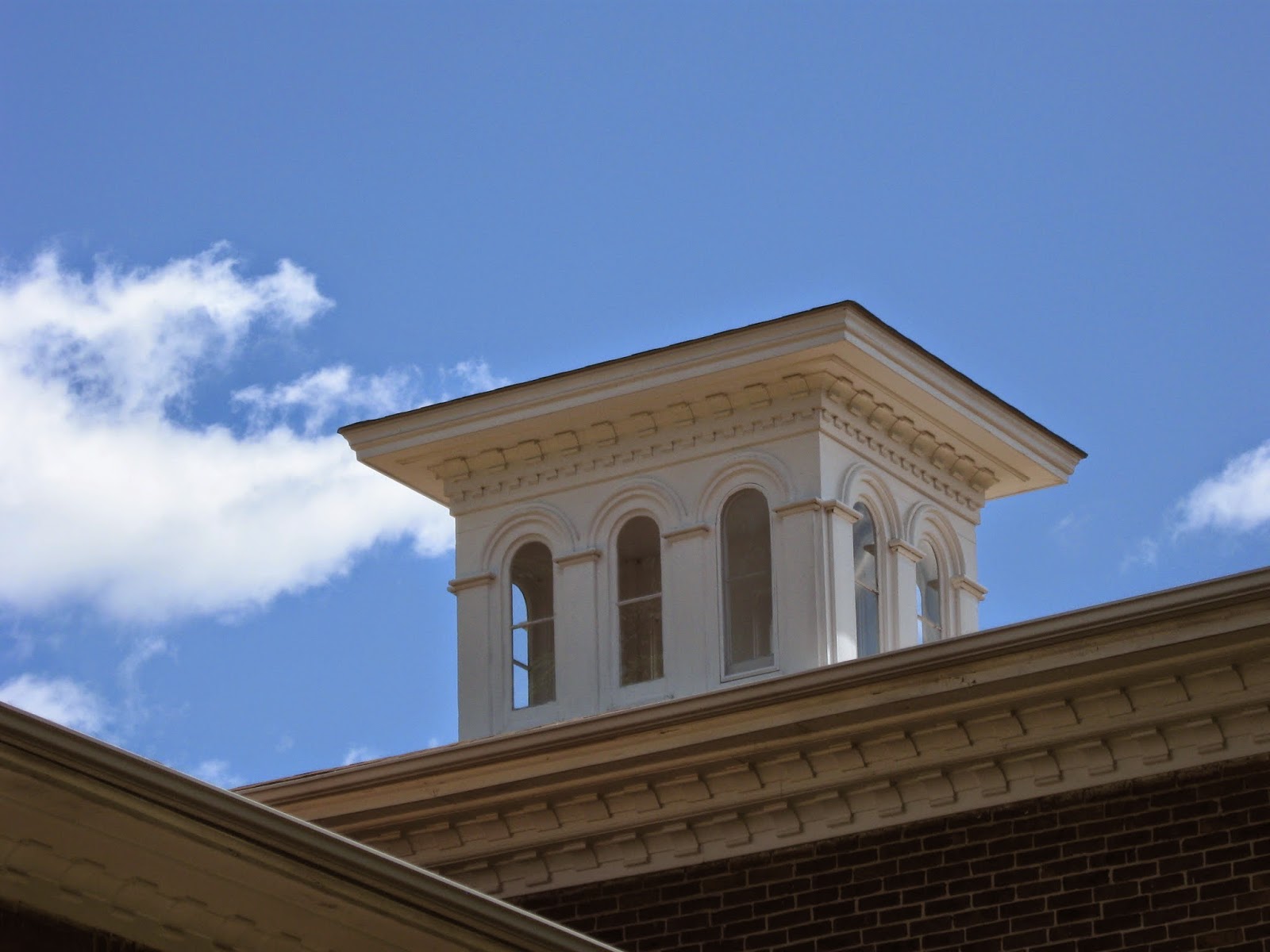 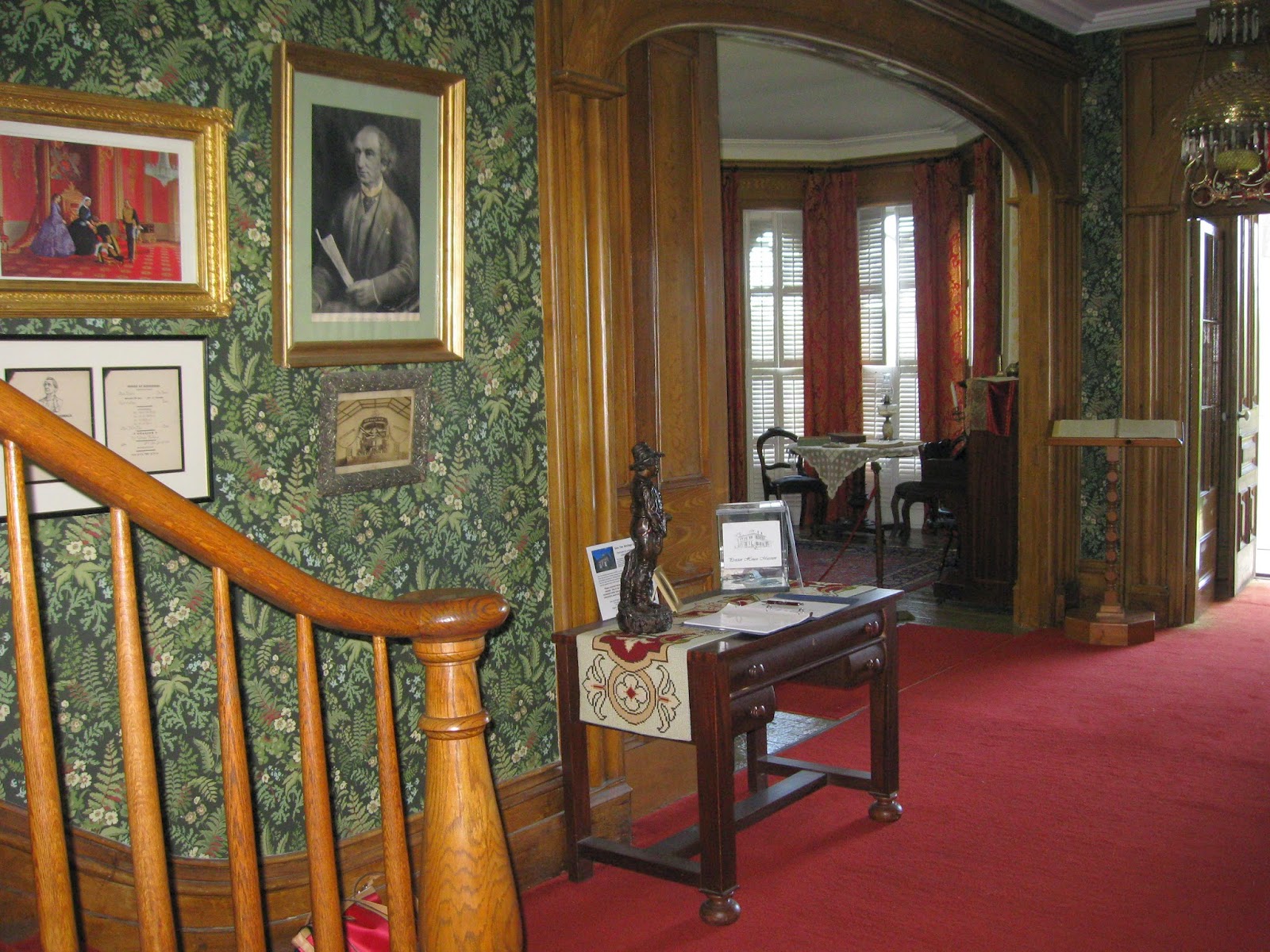 Proctor House is built in several stages, which makes it a wonderful educational resource, blessed as it is with a great collection of artifacts donated by the people of the community, and portraying life across the years of the Victorian era. On the day of my visit,
Emma and Janet were my welcoming and informative guides. 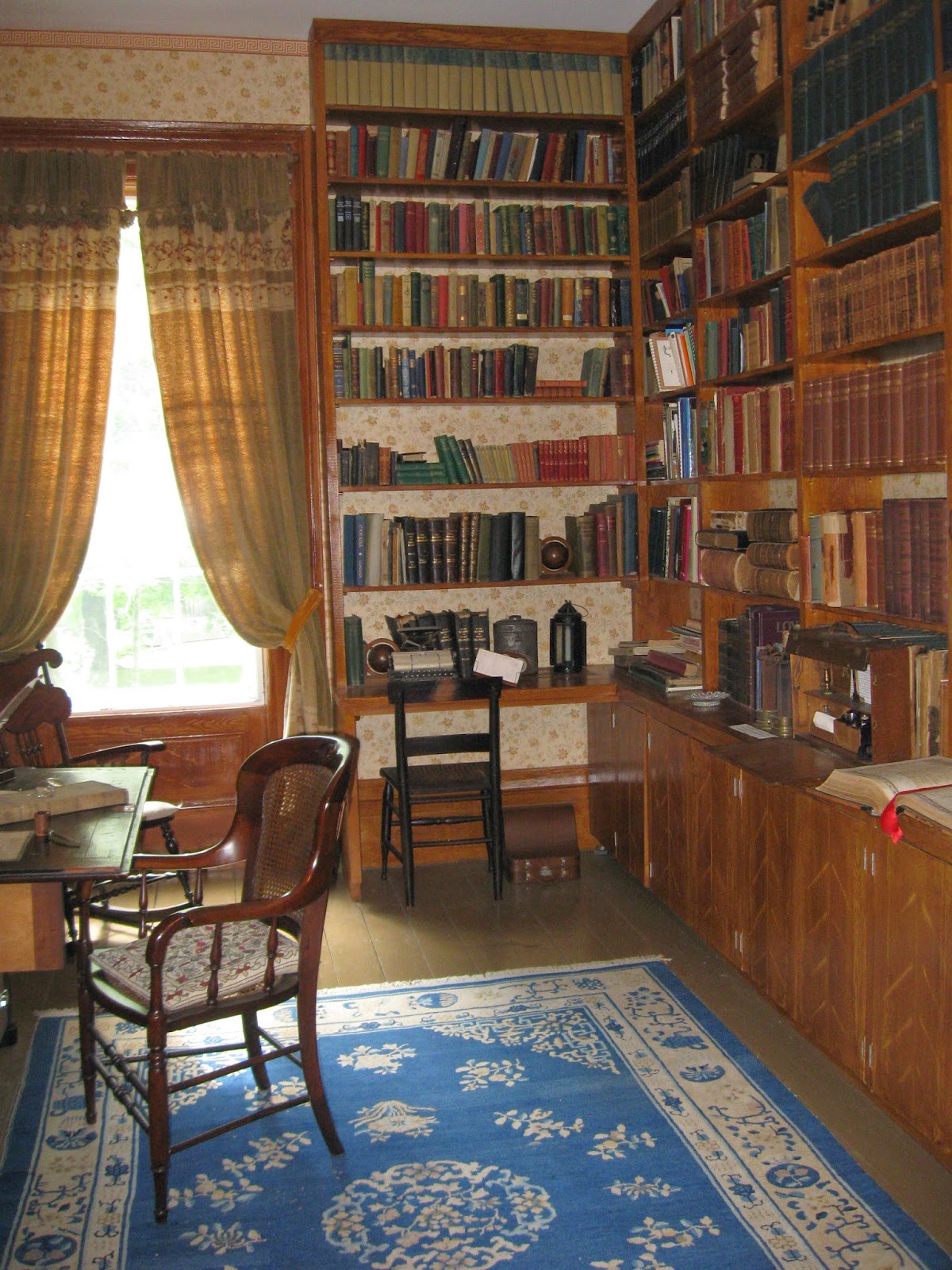 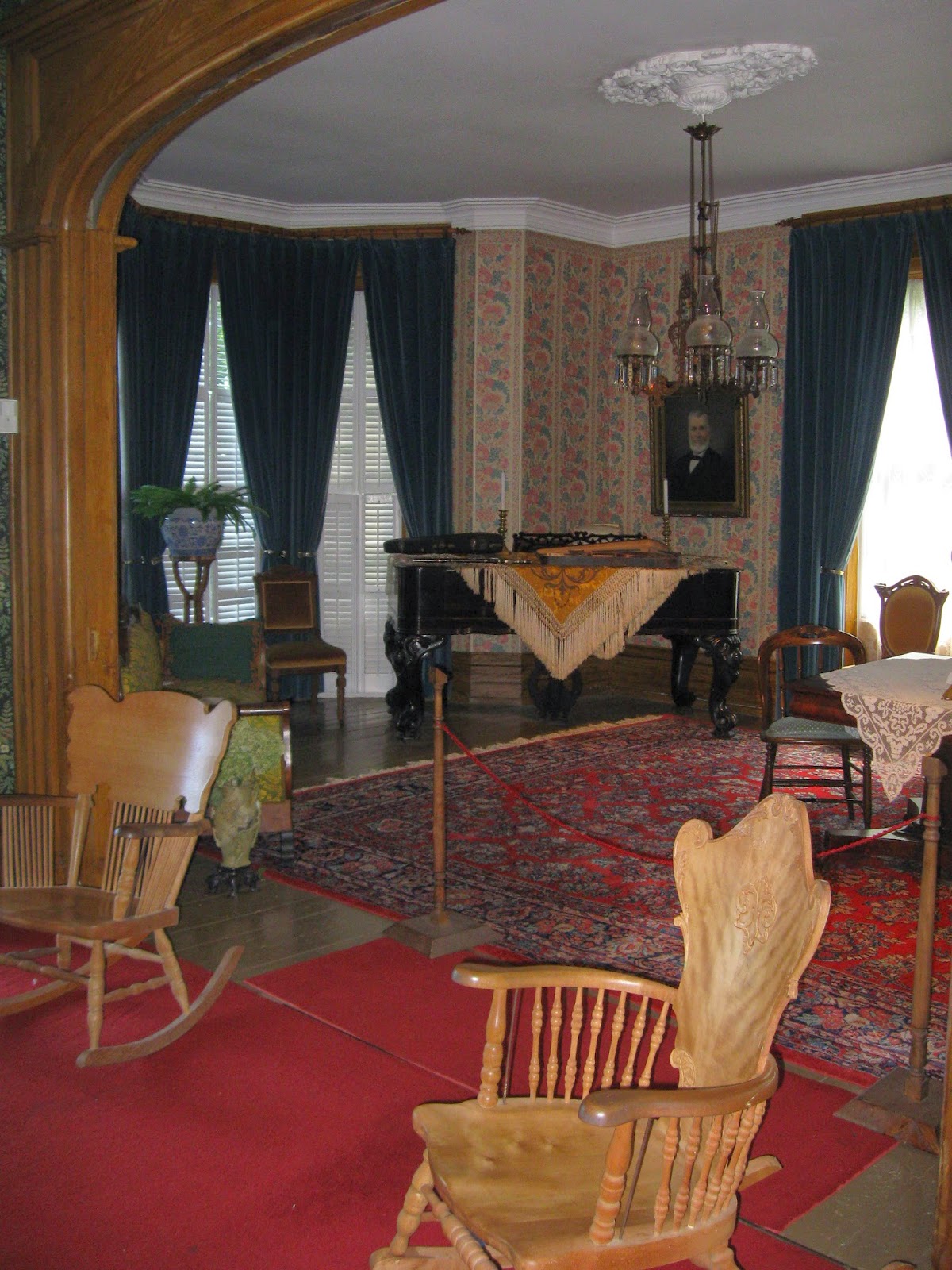 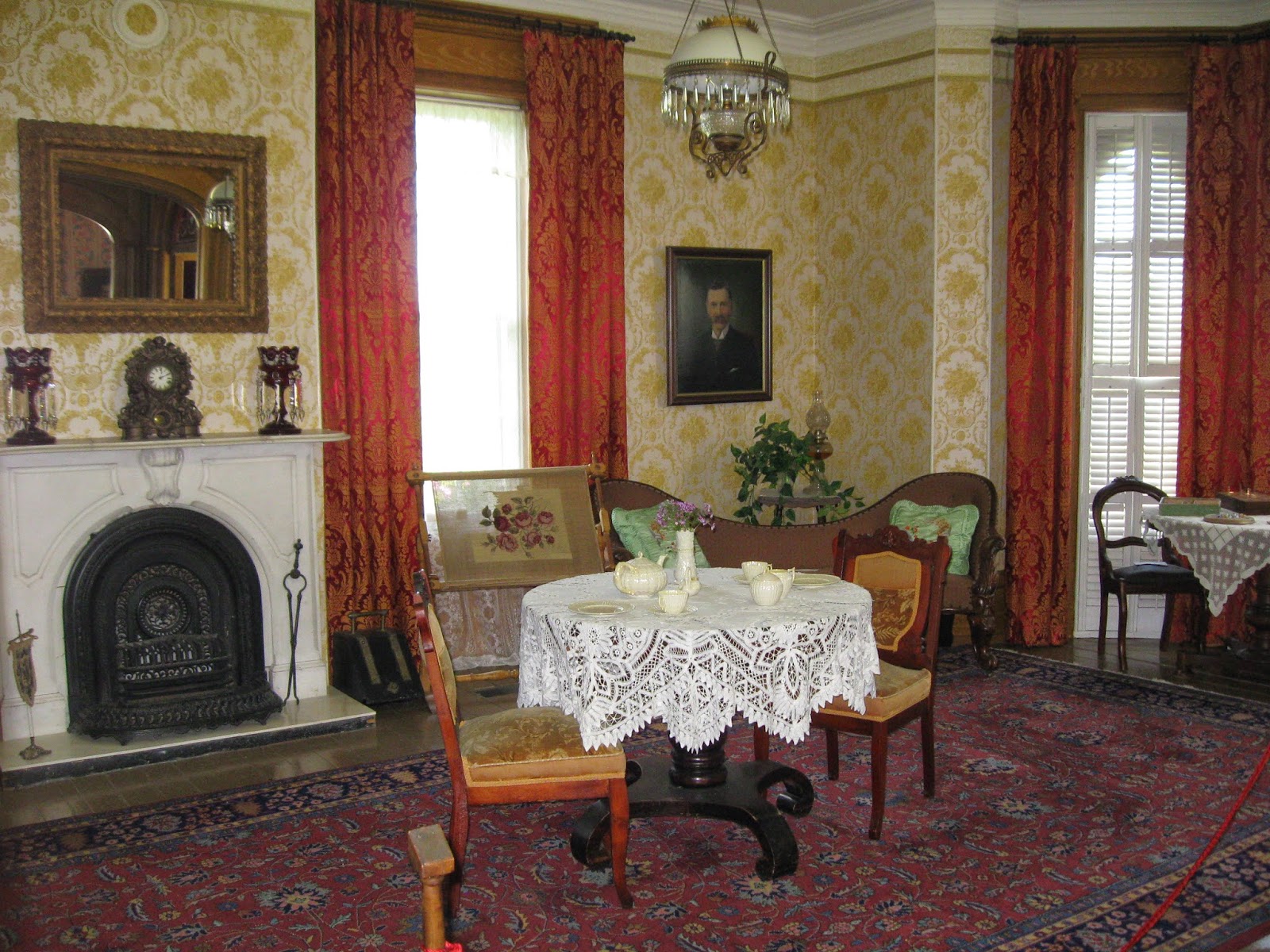 The house was slated for demolition in the early 1970's, but a determined group of citizens for the Save our Heritage organization, and the house was rescued, restored, equipped and opened to the public in 1976. My hat is off to these amazing visionary volunteers.