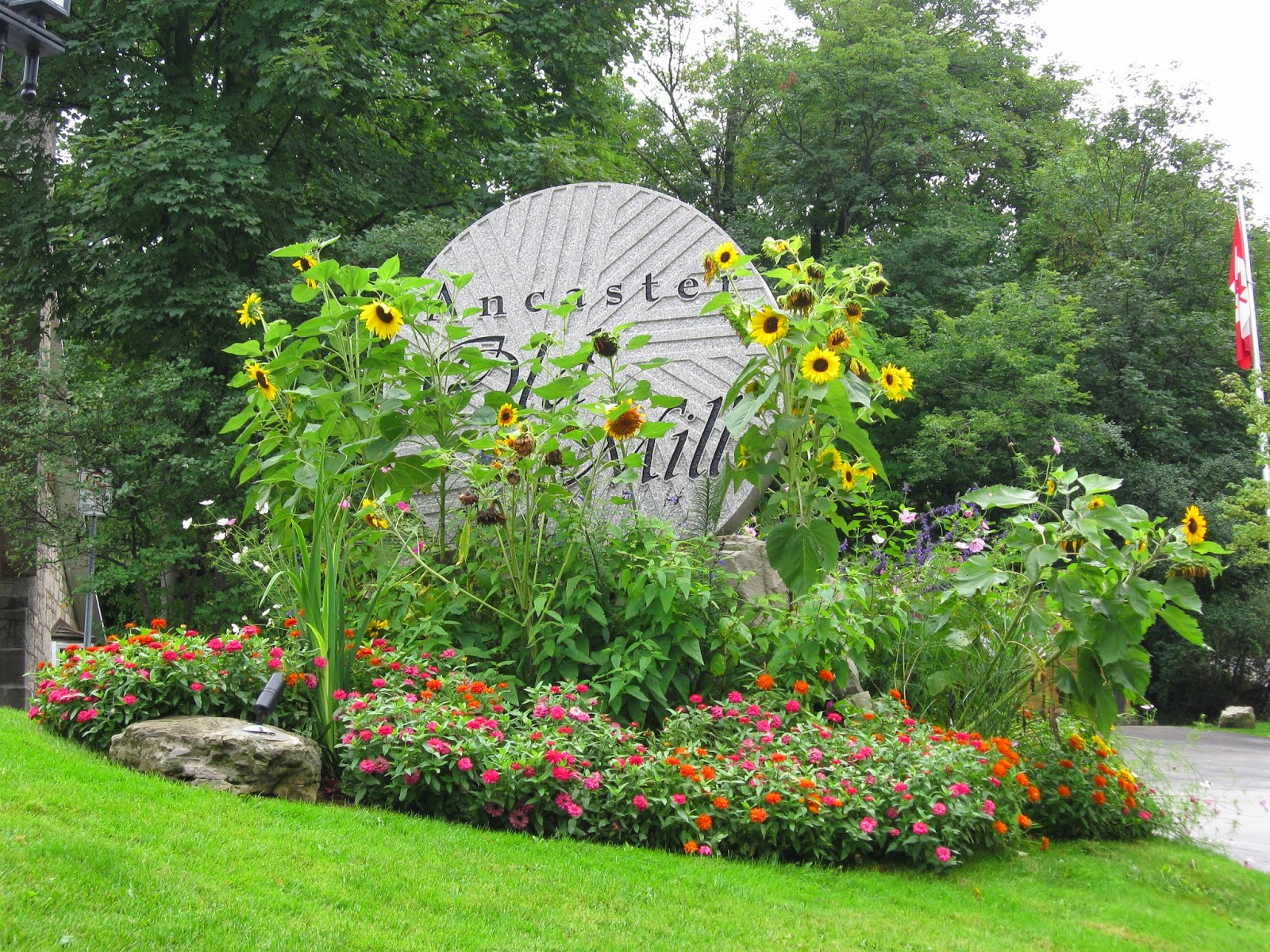 The dictionary describes a marriage mill as "'a place where it is possible to marry with a minimum of formality or delay." I expect it implies no fuss, or bother, no elegance or grace. Don't think it applies to this post but I'll keep it because I like the alliteration.

And because this post is about a marriage - a delightful wedding we attended last weekend - and a mill - the carefully chosen romantic venue at which the celebration (and an electrical storm of titanic proportions) took place. 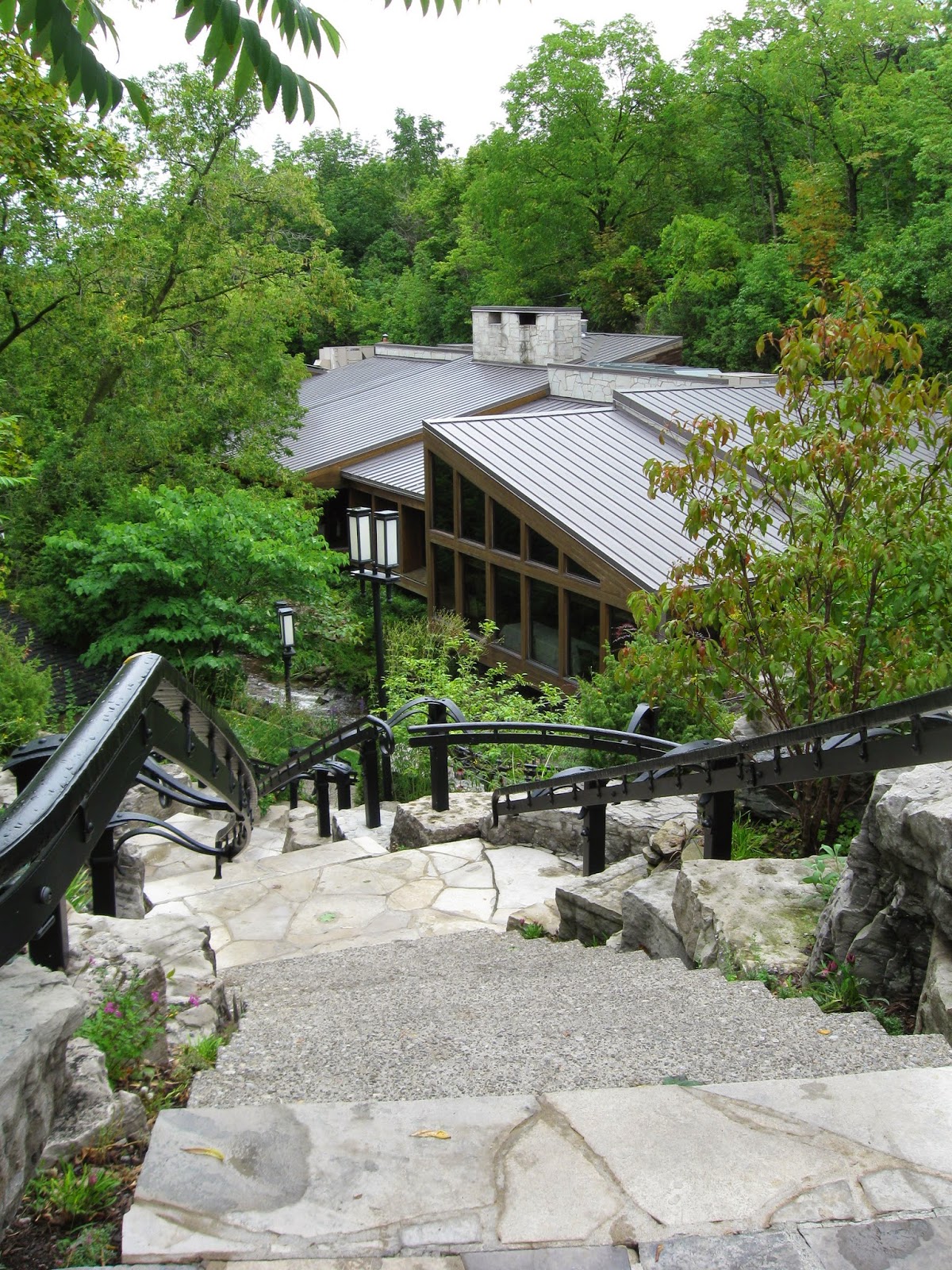 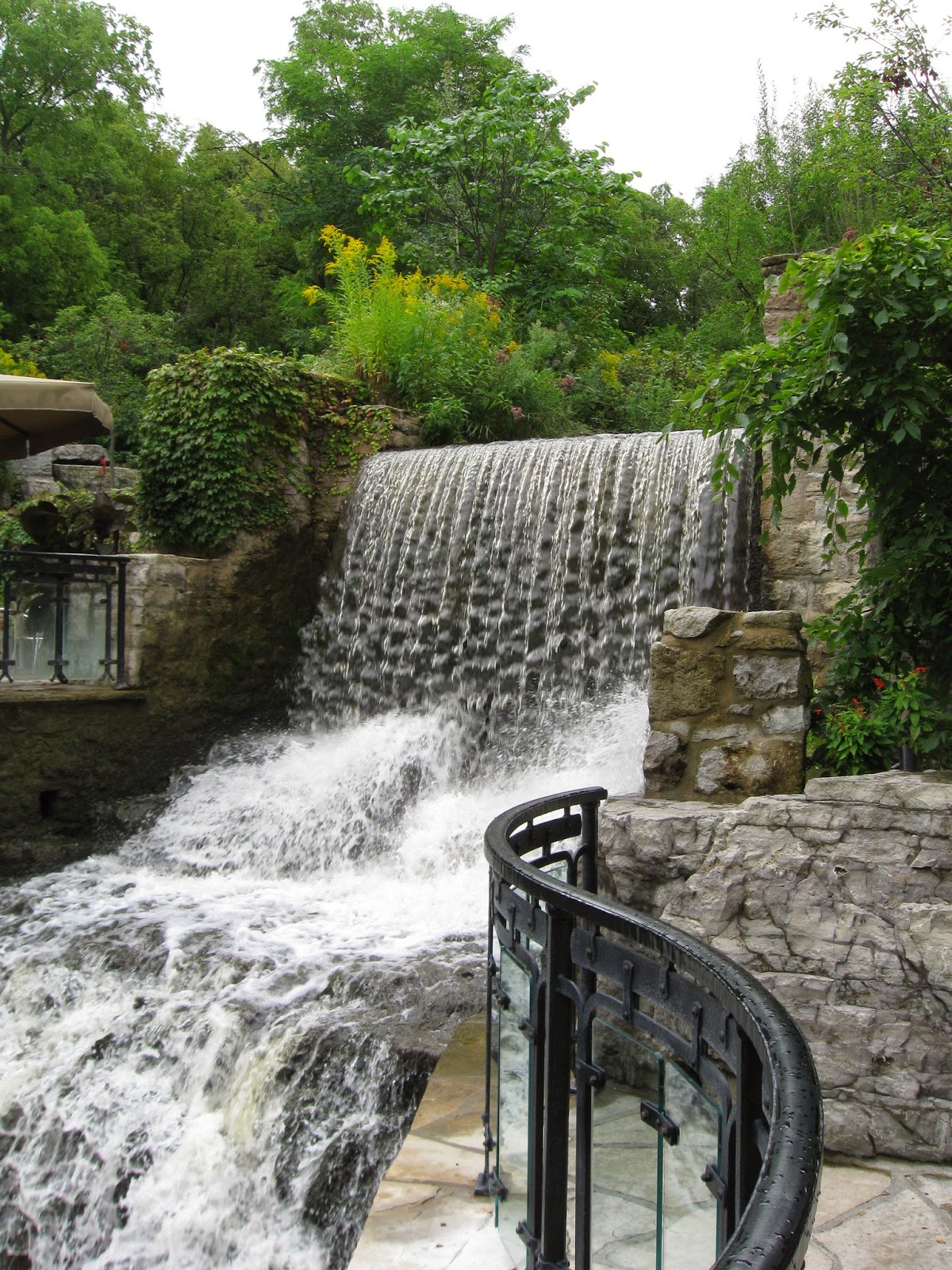 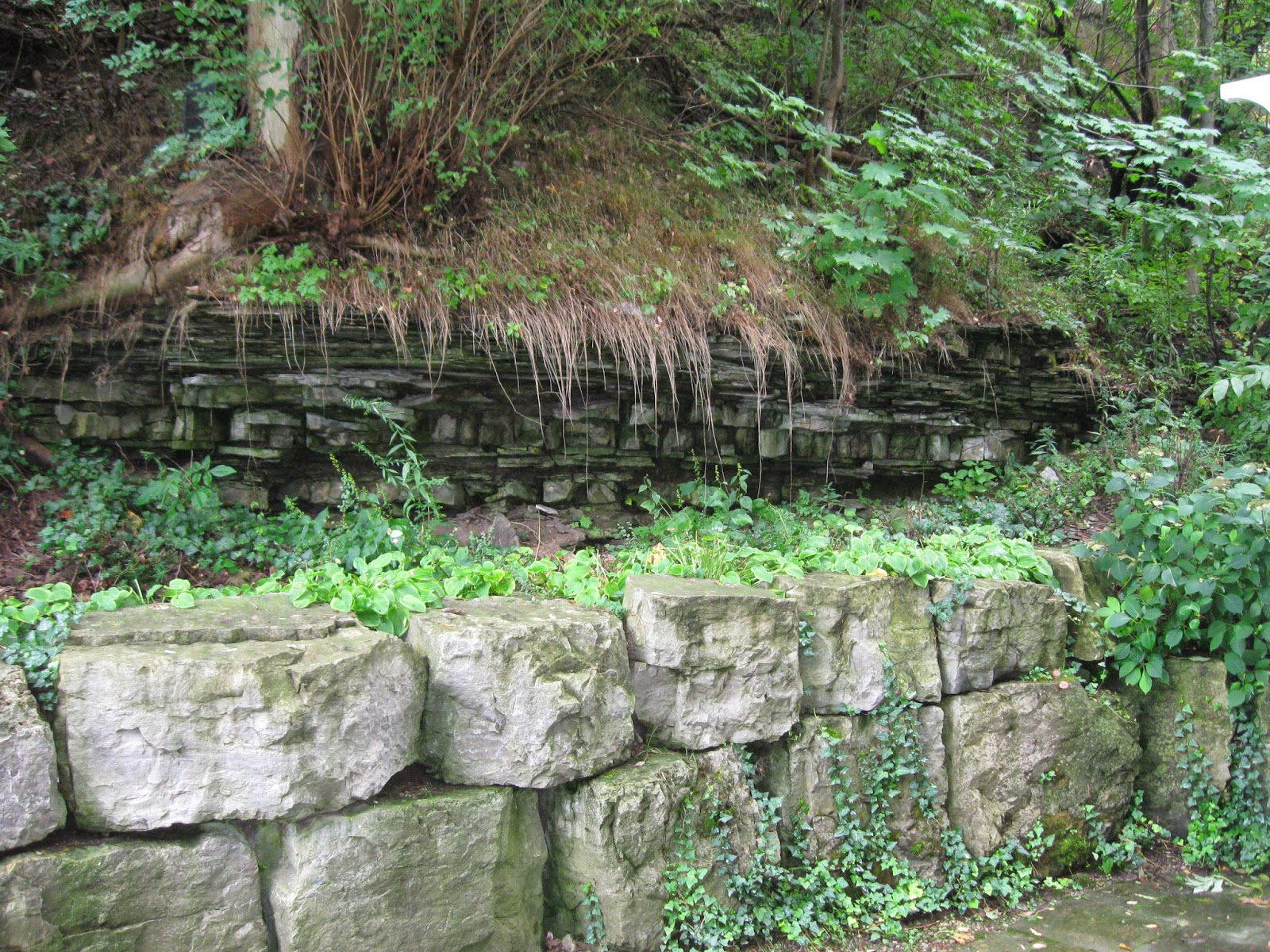 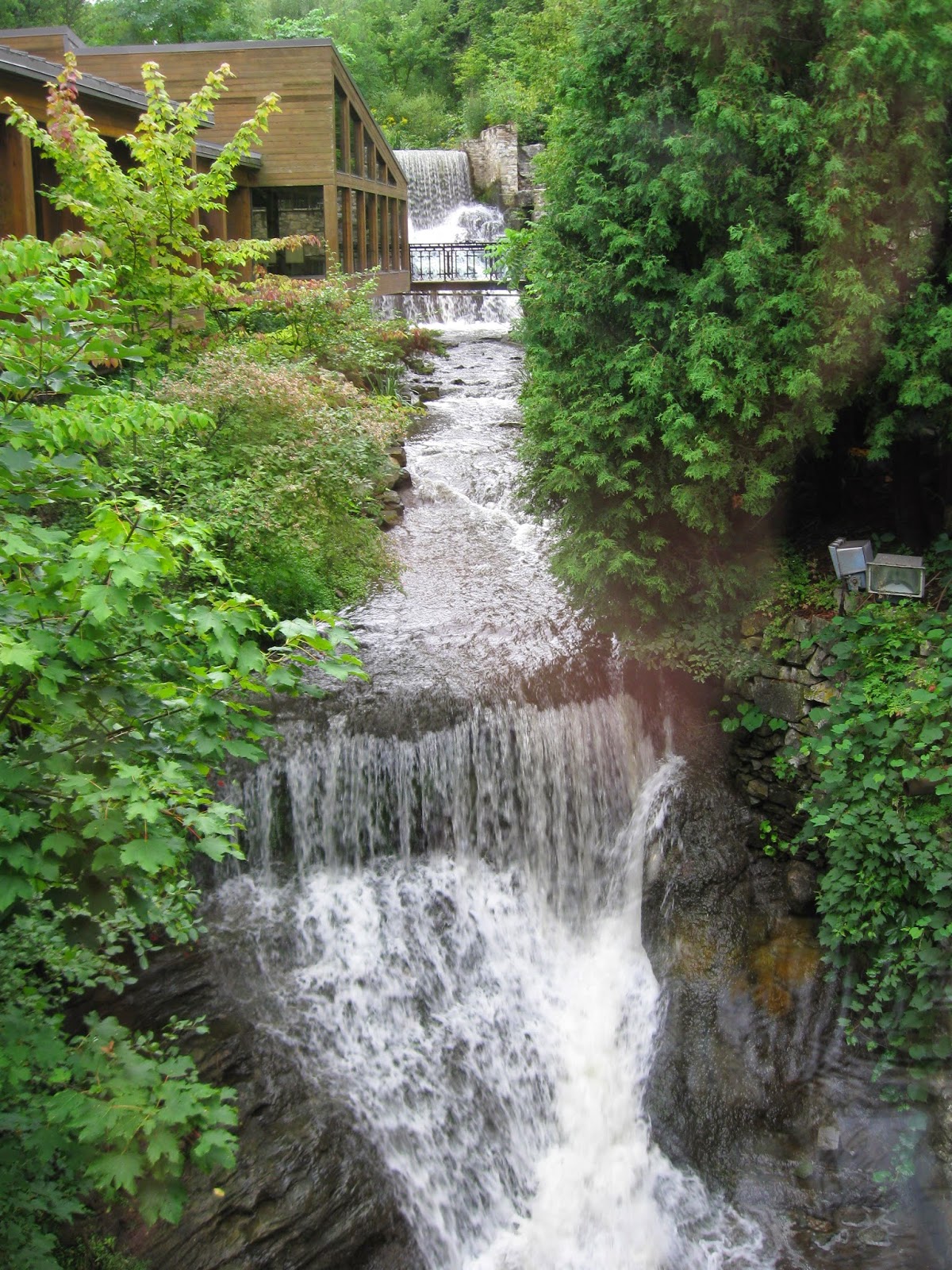 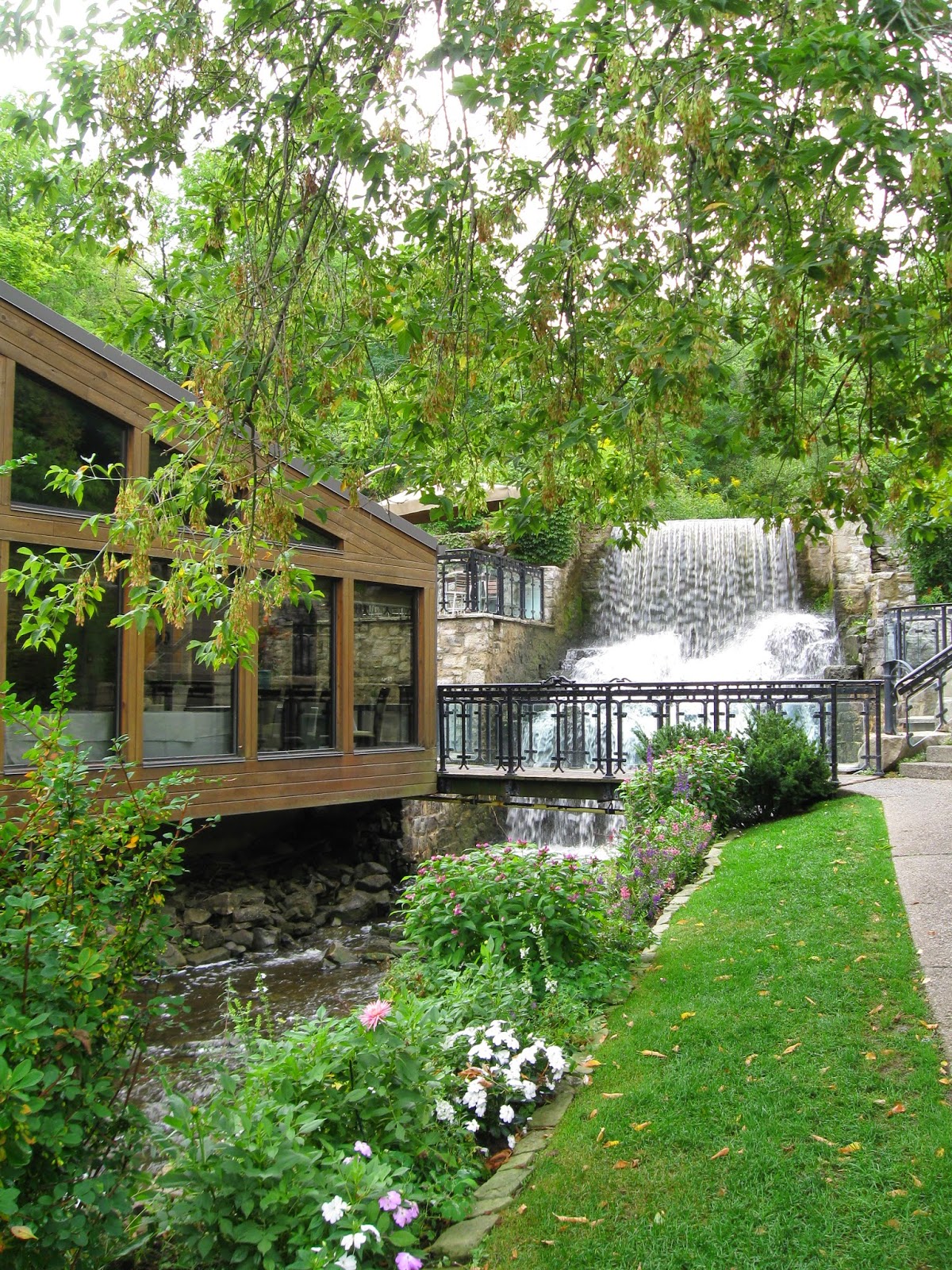 I consulted The Governor's Road for some background on the mills of Ancaster. And what a wonderful spot for mills, we thought as we swept down over the escarpment, and back up winding wooded roads in our explorations. 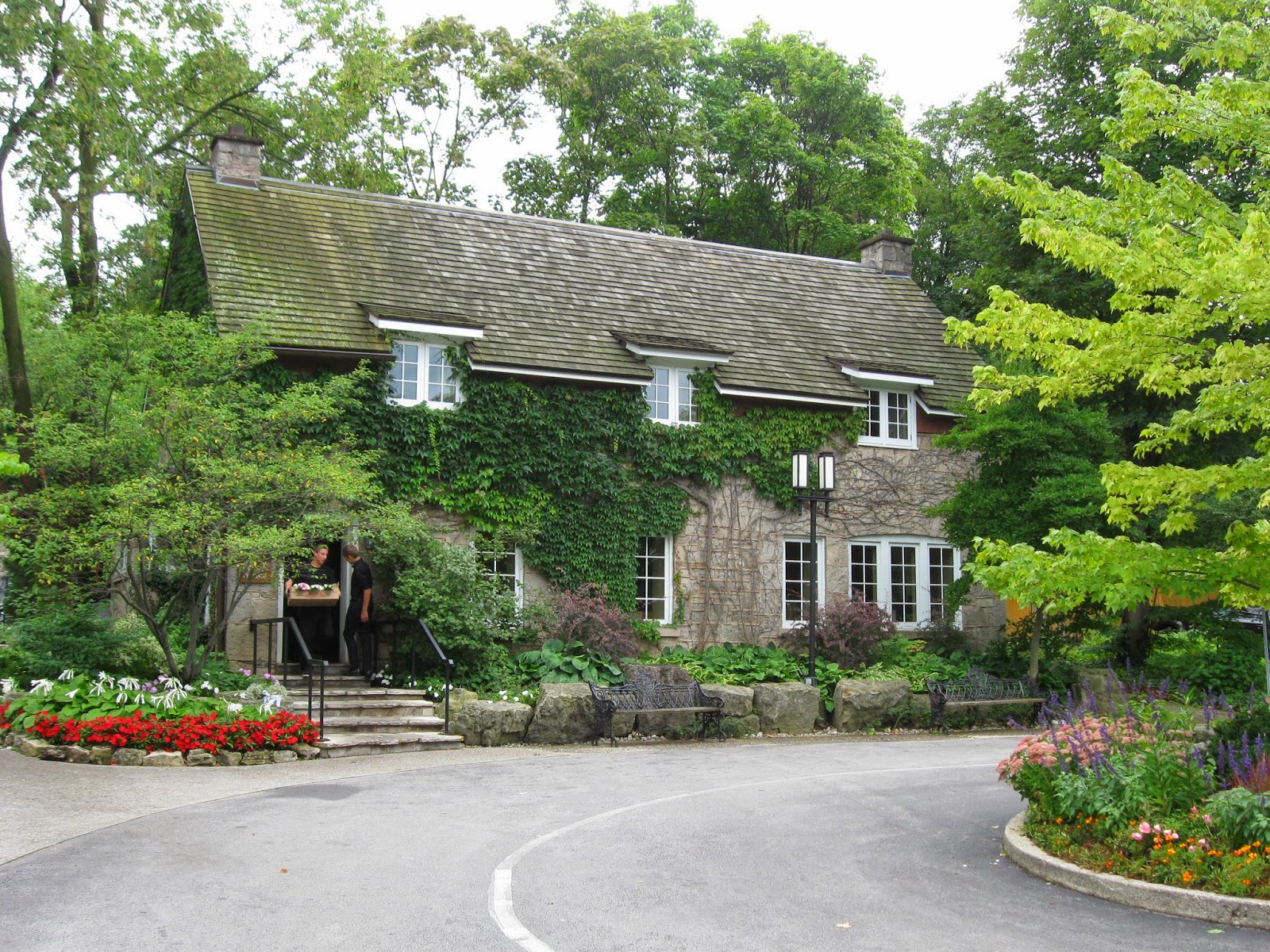 Byers and McBurney report that there has been a mill in Ancaster since 1791, when Richard Beasley and James Wilson built what was believed (at the time of this book, 1982) to be the first mill at the head of Lake Ontario, at what was called Wilson's Mills. Jean Rousseau (a name which features prominently in the village) bought in, and by 1813 a stone grist mill was operating. In 1862, under Egleston family ownership, the stone flour mill which stands today was built. In fact, it was still producing Mountain Mills stone-milled flour at the time of publication of the book. 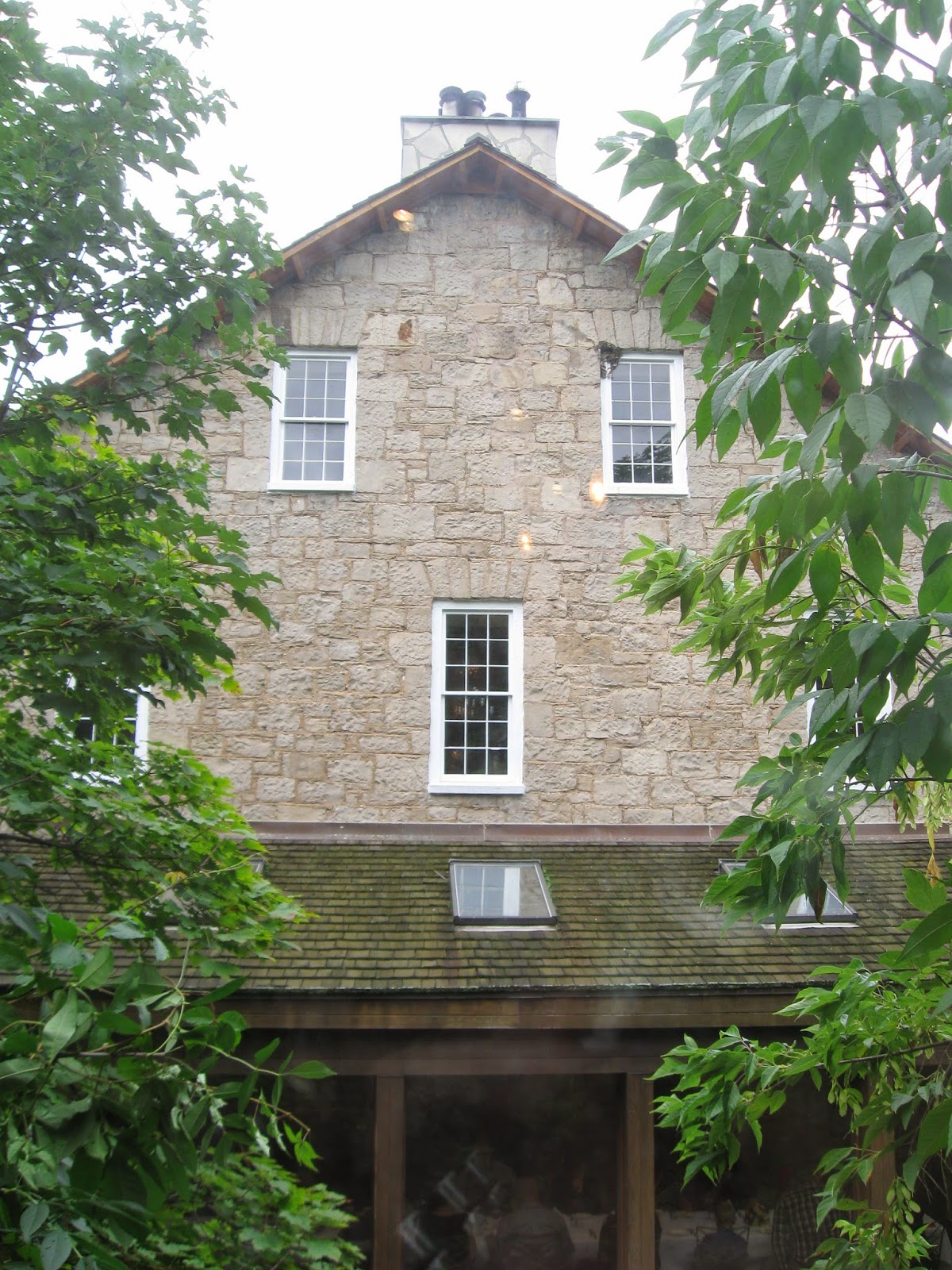 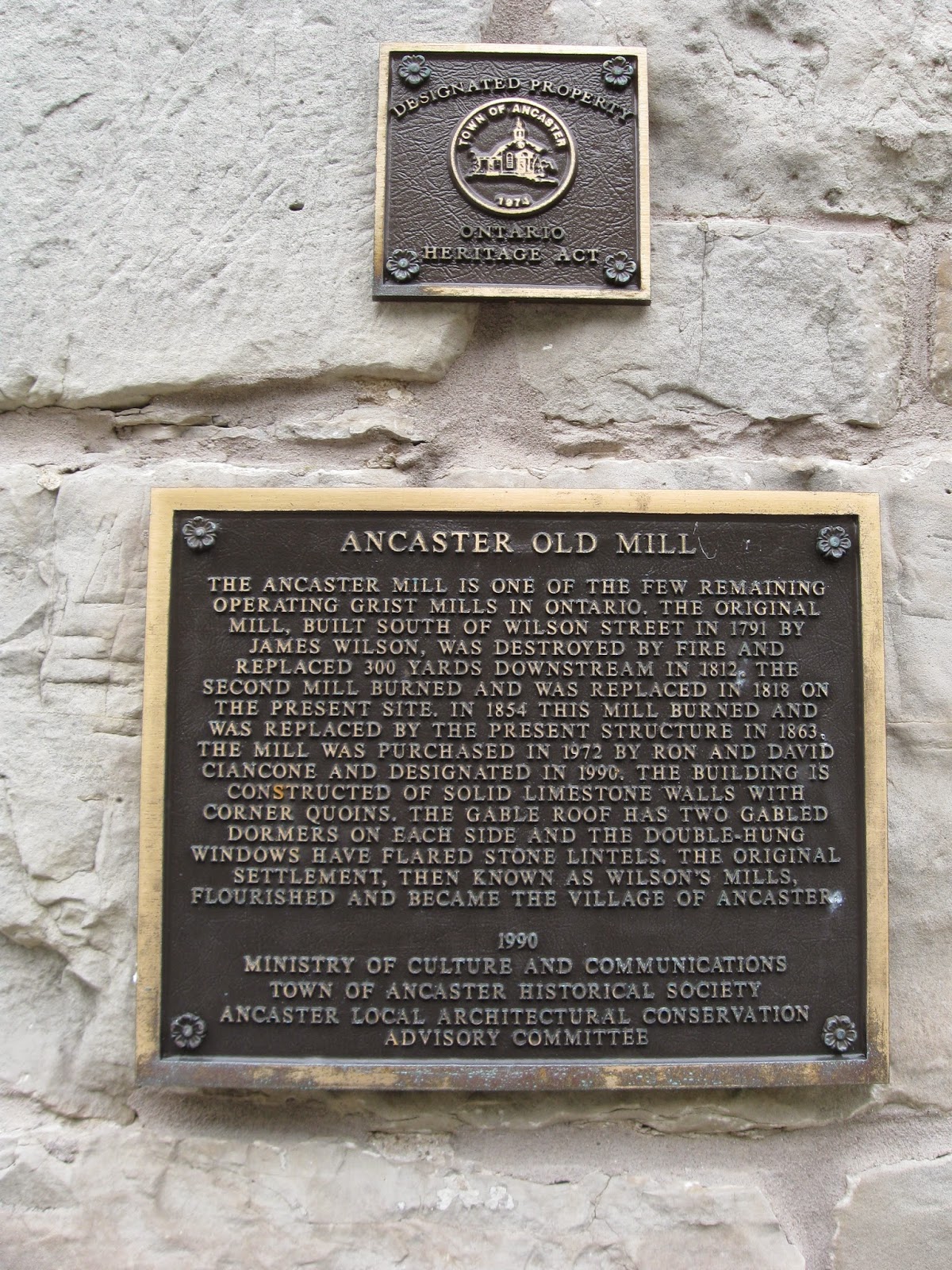 The souvenir menu bears the history of the Ancaster Old Mill restaurant and events venue. It explains that four mills have stood here, building on the predecessor's foundations. As so often happens, fire destroyed the first three mills, with the current one built in 1863. It was constructed of limestone blocks taken from the site (as I sat in the outdoor chapel, I mused on that fact); its walls four feet thick at the base, 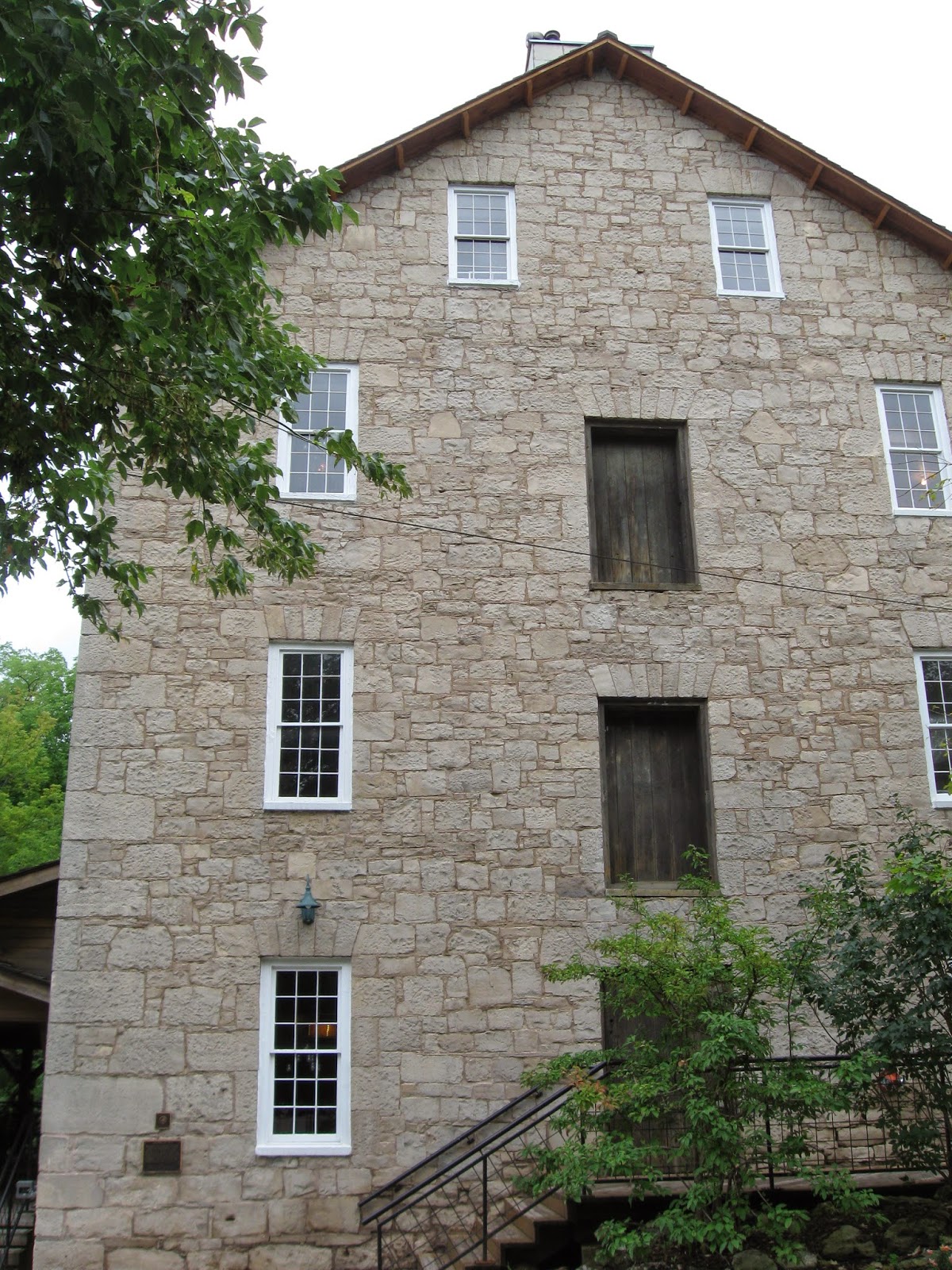 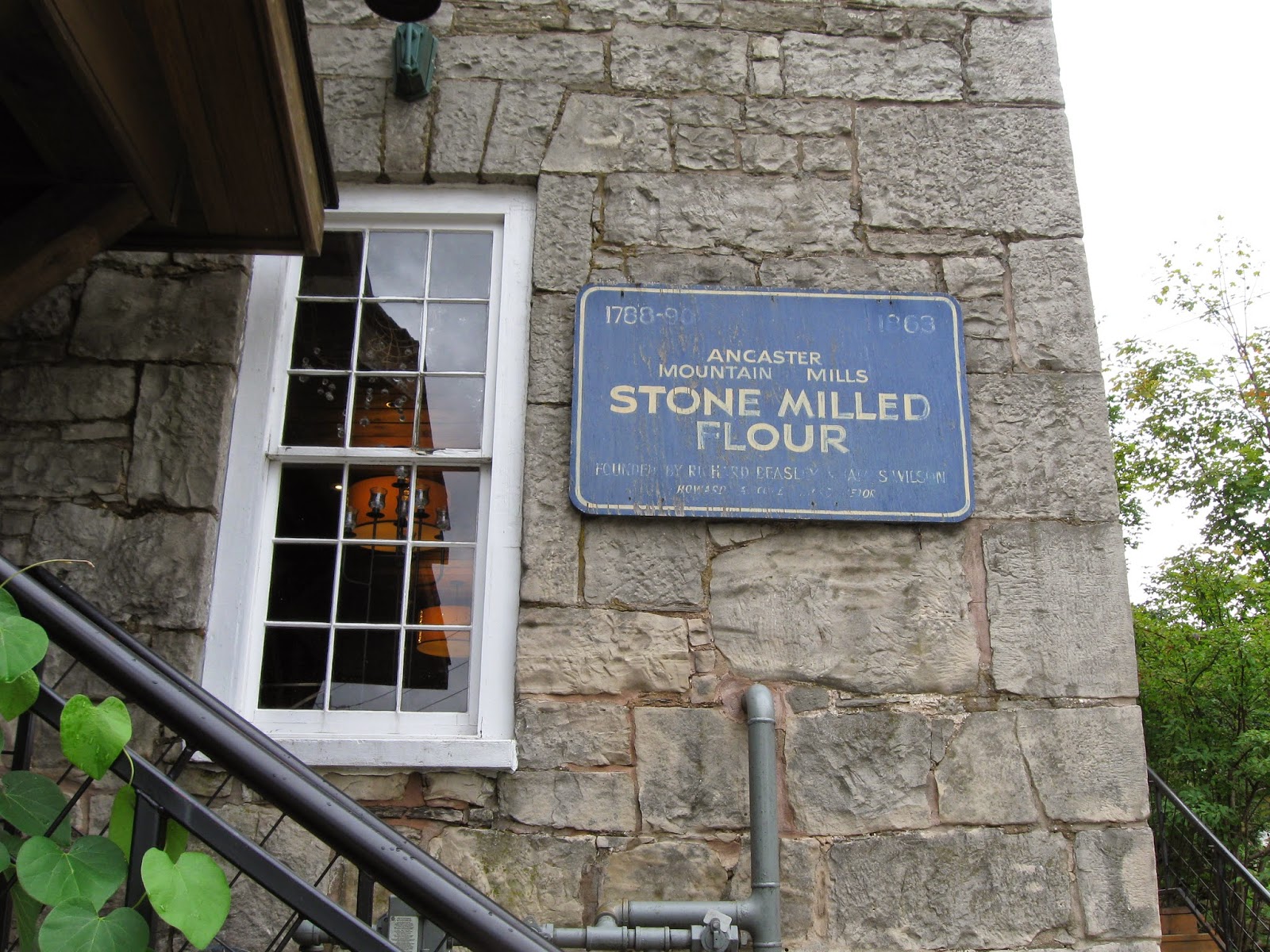 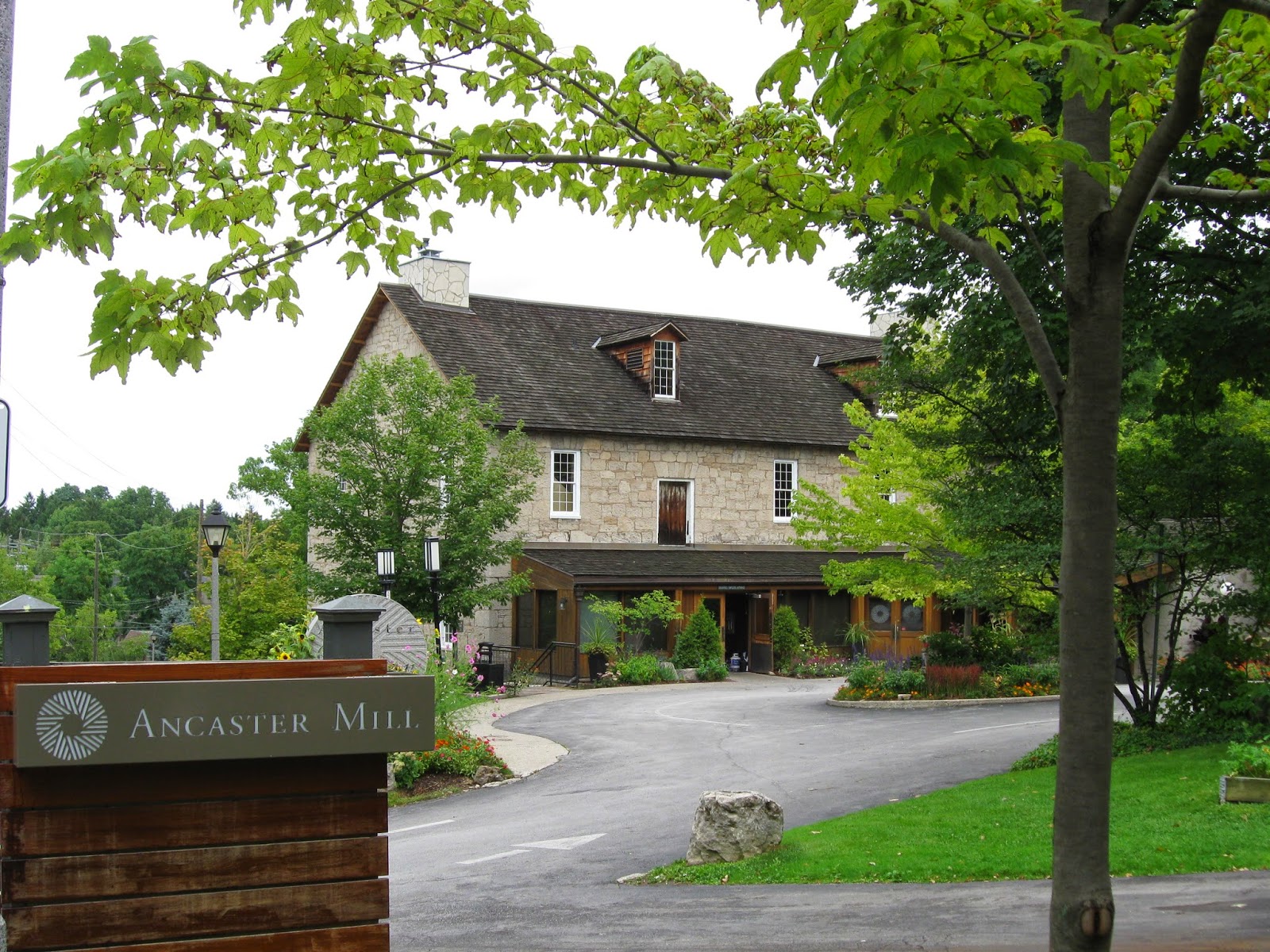 The mill's fortunes changed in 1972 when the Ciancone family purchased the property and began an extensive building and restoration task, opening the Ancaster Mill Restaurant in 1979. The designers made the most of the site - the contemporary west-coast style works with the ancient limestone, the waterfalls, the hillside property, the wooded nooks. Quite a romantic spot.

The Egleston's couldn't have imaged this in their wildest dreams.
Posted by Ancestral Roofs at 1:41 PM