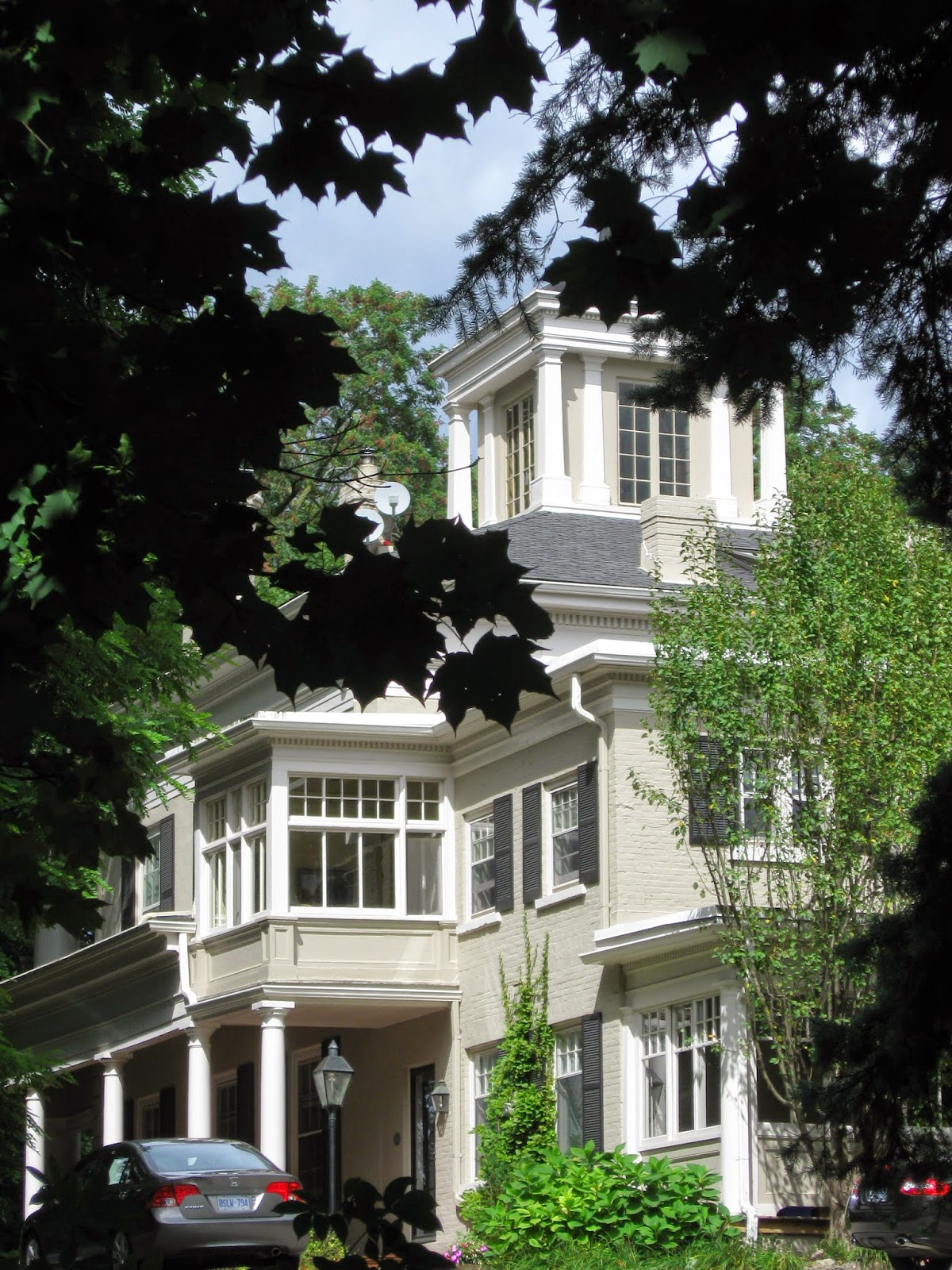 Allow me to whine a bit. During Shannon Kyle's Ontario Architecture course several years ago, I became intrigued with a house in  Dundas - the place was called Mount Fairview.


My imagination (and sympathies) were aroused when I learned that the first settler in the area was a widow Morden, who settled at the head of Lake Ontario, on a patch of water we now call Coote's Paradise. (Coote's Paradise was the name of the village that grew in the area, and later combined with another early settlement to create Dundas.)

In 1848 wealthy merchant Hugh Moore built this fine Greek Revival home on the top of Cotton Mill Hill, on land bought from the widow. 'The jewel on the brow of Dundas' as it was called, takes full advantage of its hilltop setting with wraparound verandahs and a roof walk with belvedere. Two storey tall Ionic pillars grace the south (invisible to the prying eye) facade. The square building is brick clad in stucco. 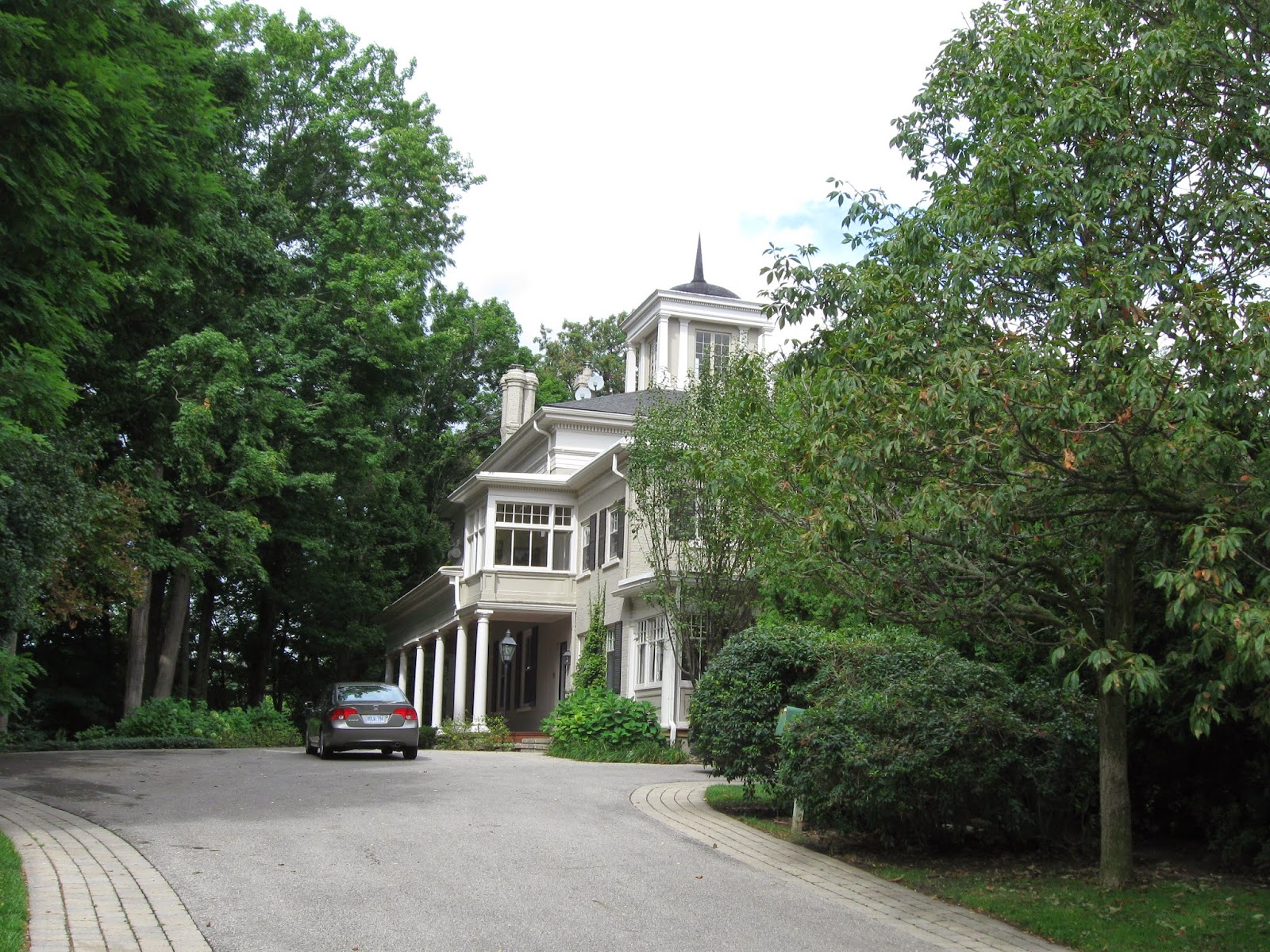 Denis and I navigated from Ancaster to Dundas, and came upon South Street, where I'd hoped to capture my prize, a good look (and some good shots) of Mount Fairview. Alas, that was not to be.

A few trips up the side street, raising the suspicions of house-proud neighbours, revealed nothing but a glimpse of the gardens, wrought iron fencing and the rooftop belvedere. 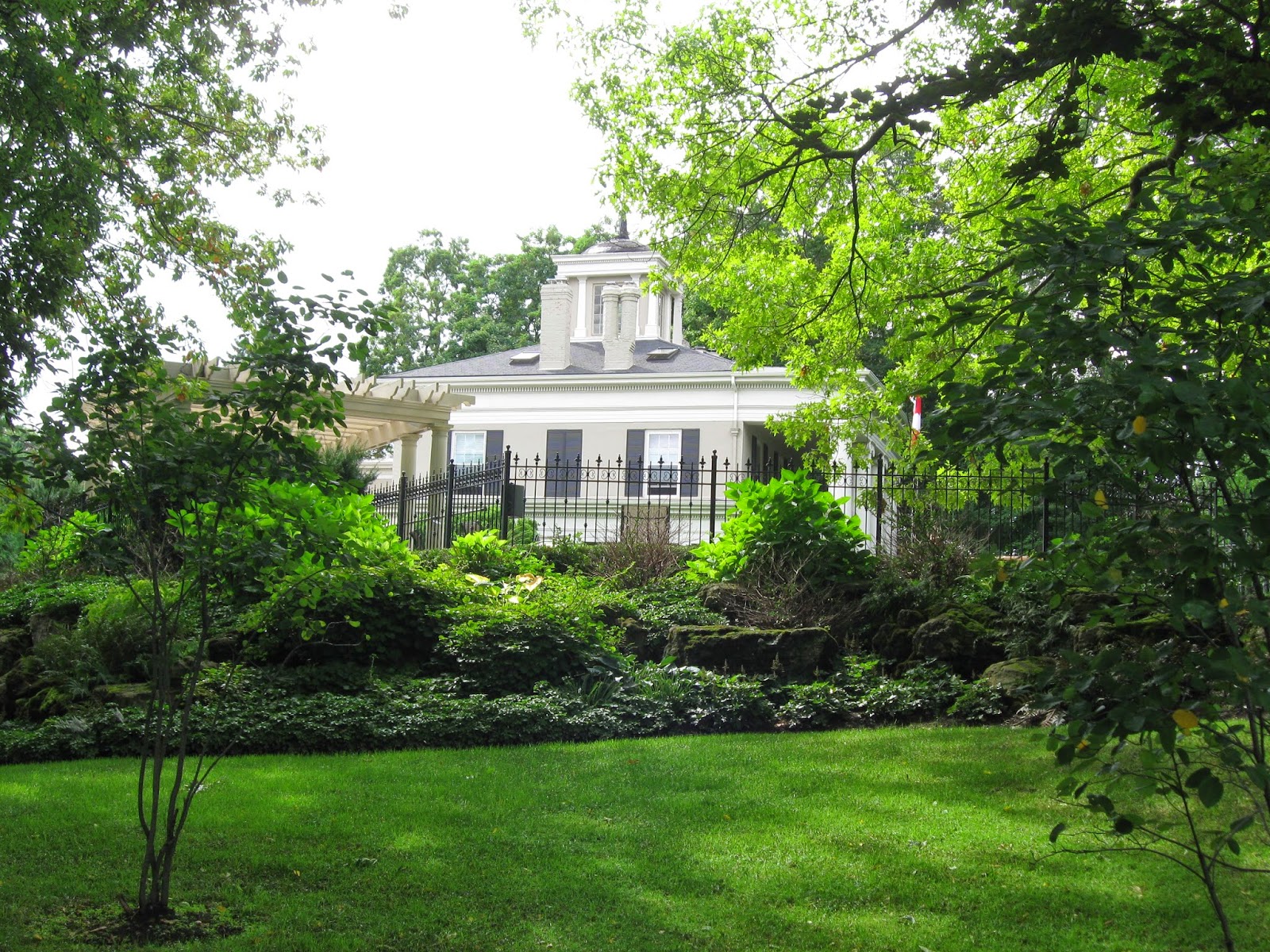 A wander along South Street, and Mount Fairview remained elusive. I believe that the property may have been severed, and infill homes built, including the one that stands between me and my quarry. 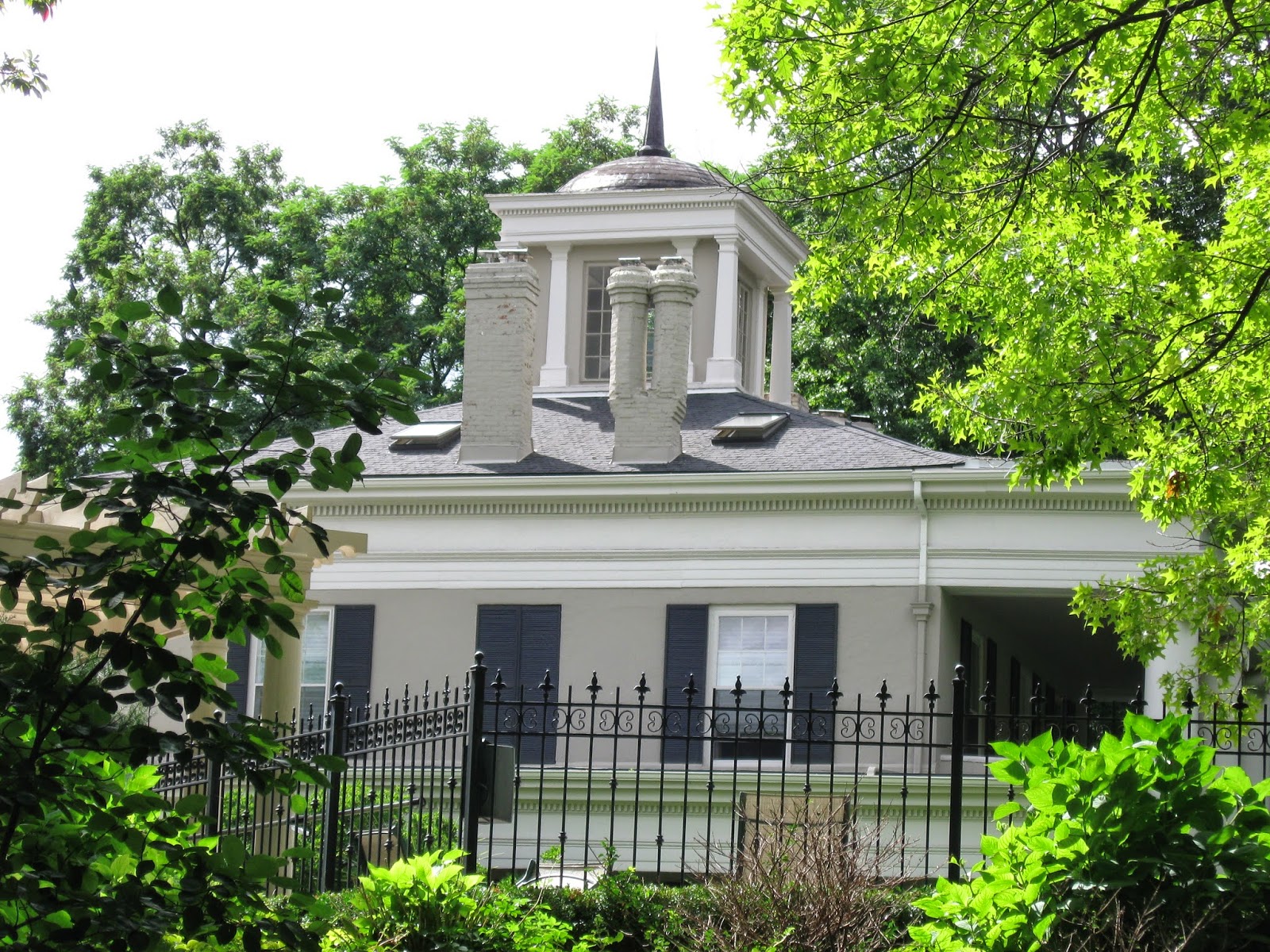 So. I've included a link to the Dundas chapter of Shannon's online course. It offers some fine photos of the stately home (including a highly coveted interior).

Here is another great shot of the place.

My photos, not so much. But I wouldn't want you to think I'm whining. At least I got to visit Mount Fairview's sister ship, Willowbank - it's a NHS and much more inviting.


Posted by Ancestral Roofs at 2:32 PM