The Petrie building in Guelph has been on my mind. The story popped up on my Facebook last week, thanks to ACO.  Last December the Guelph Mercury carried the story of this celebrated case of demolition by neglect, and the hopeful news of a possible sale. Thanks to Susan Ratcliffe of ACO, I am able to show you this incredibly ornate facade. For more details, check it out on the Canadian Register of Historic Places.

What is particularly sad about the fate of the unheated top floors of this majestic 1882 commercial building is that among all the other fails that are taking place due to cold and damp, the facade is rusting. Rusting, because this amazing building front is made of "stamped galvanized iron. At the top of the facade is a broken pediment topped with a mortar and pestle - for the influential businessman who built this treasure, Alexander Bain Petrie, was a pharmacist, and liked the idea of identifying his trade with a bit of style.

There's a Facebook Group dedicated to saving the Petrie Building...here's a link. 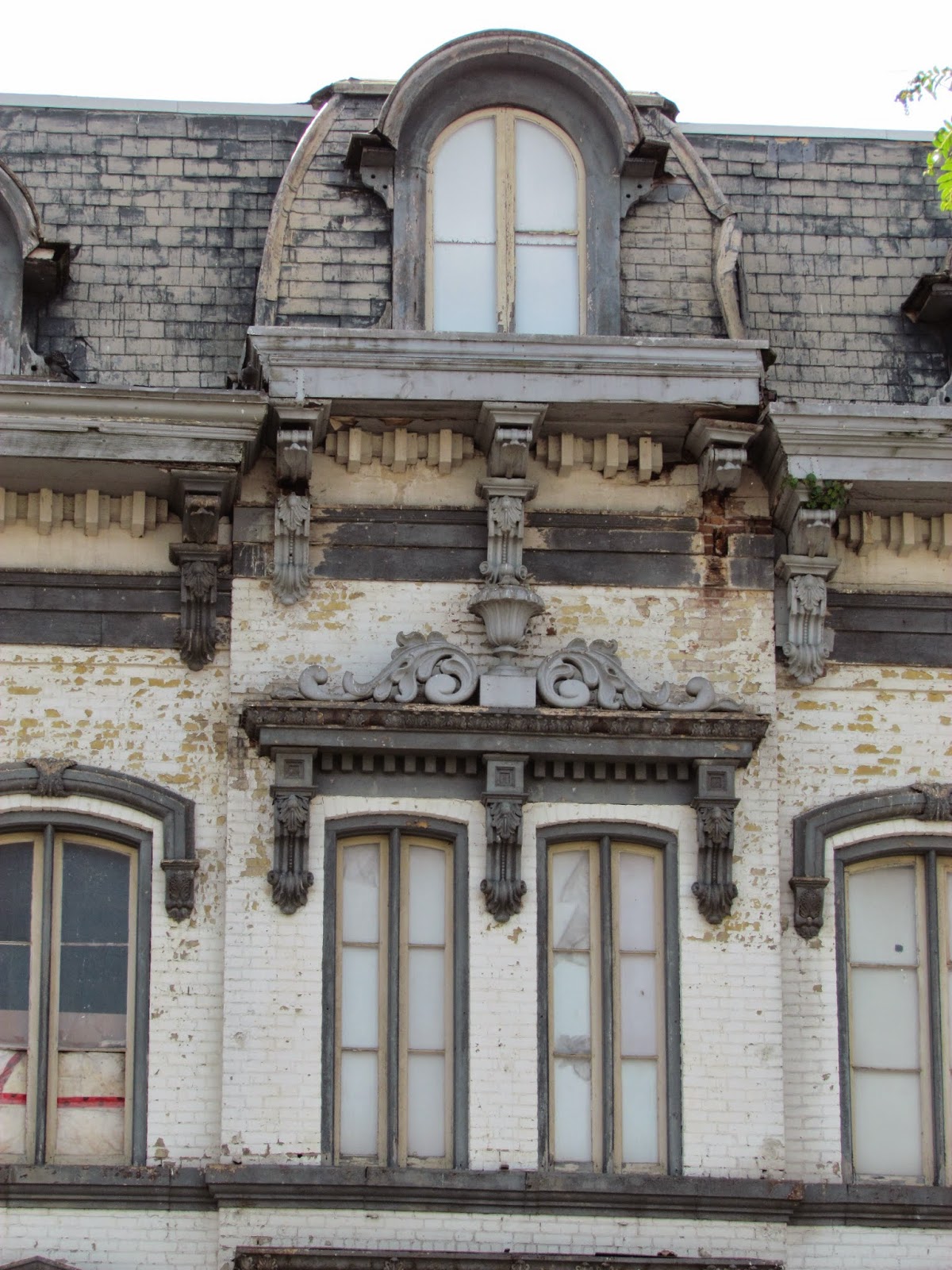 The arrival of the story on Facebook, and the haunting image of this deteriorating cast iron facade is timely, as I was thinking of posting about cast iron building facades as a follow-up to my recent posts about terra cotta and insulbrick siding,  two other fabulous fakes. 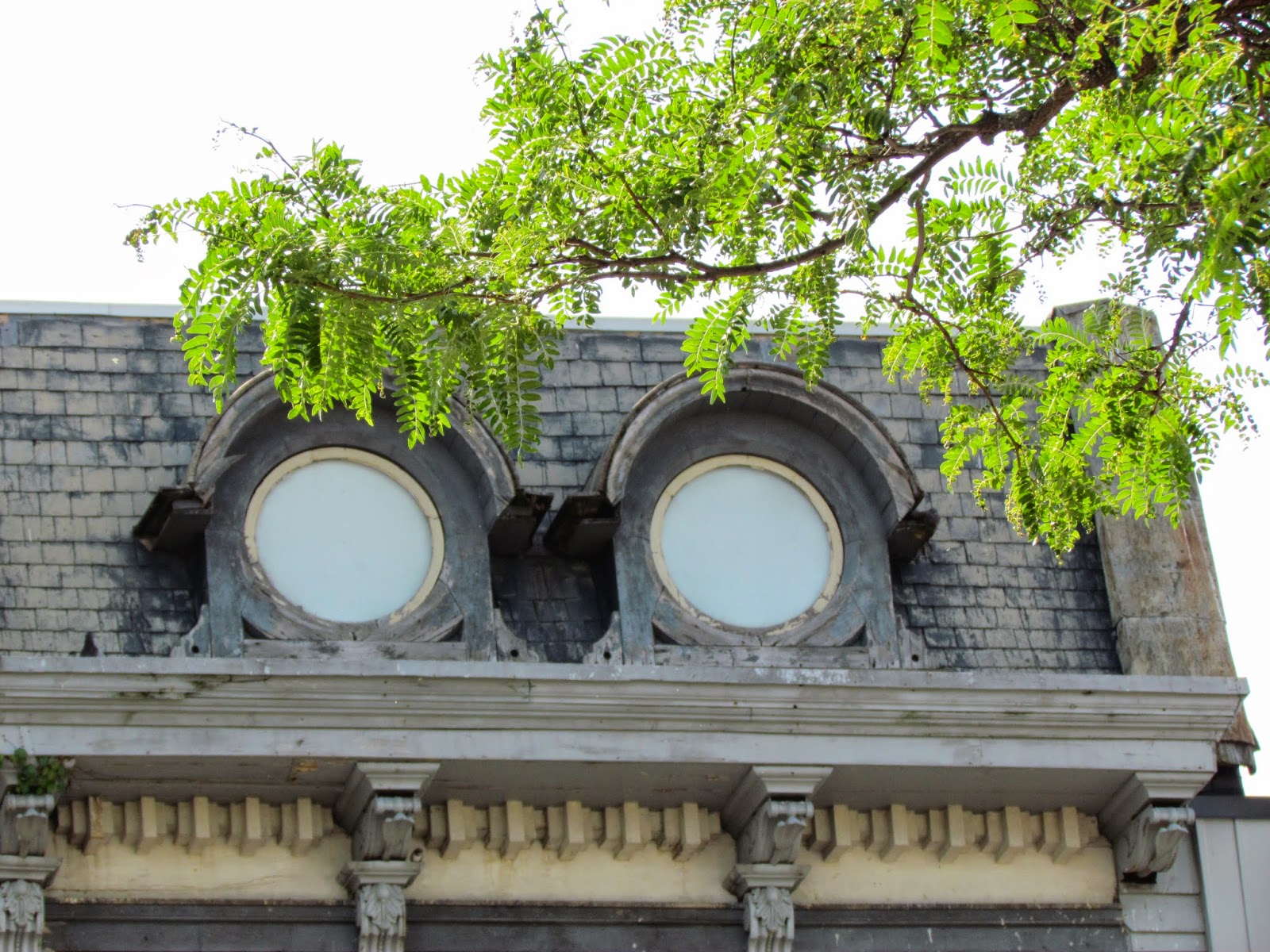 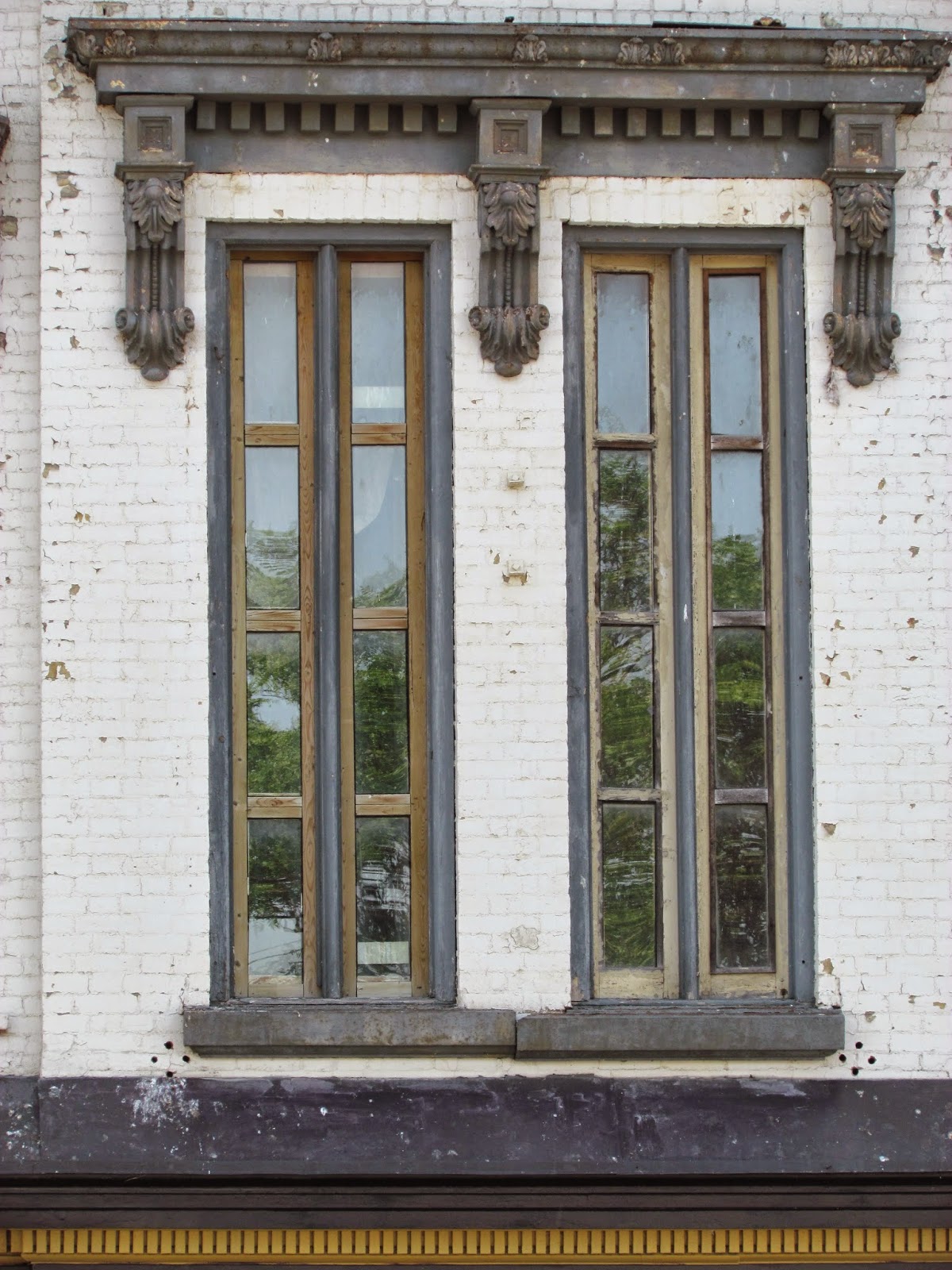 In recent years, the Henderson building in Belleville has been under the same death watch as the Petrie. I don't know what's happening currently, despair and optimism ebb and flow. I've done a few posts about it - here's one.

According to the republished local resource Heritage Buildings East of the Moira (Heritage Belleville, 2012) the Henderson building possesses "the only complete cast iron main floor [facade] remaining in Belleville."

I have to learn more - which bits? Who supplied them?


Have to pack a magnet and look more closely at some local buildings. It's pretty likely that the crisply defined window hoods and brackets on the otherwise mouldering facade of the Nathan Jones building (1862) are cast iron or more likely, moulded sheet metal. "The decorative window heads on the second and third floors consist of large flat lintels made of cast iron with two corbels, one on each side of the upper sashes." (HBEMR)


I was always pretty sure that the cornices on the Hotel Quinte must have been stamped metal, given their crisp detail after a hundred years of on and off attention. See the egg and dart moulding? (Did you know that represented life and death to the Romans?) And the rosettes on the brackets? 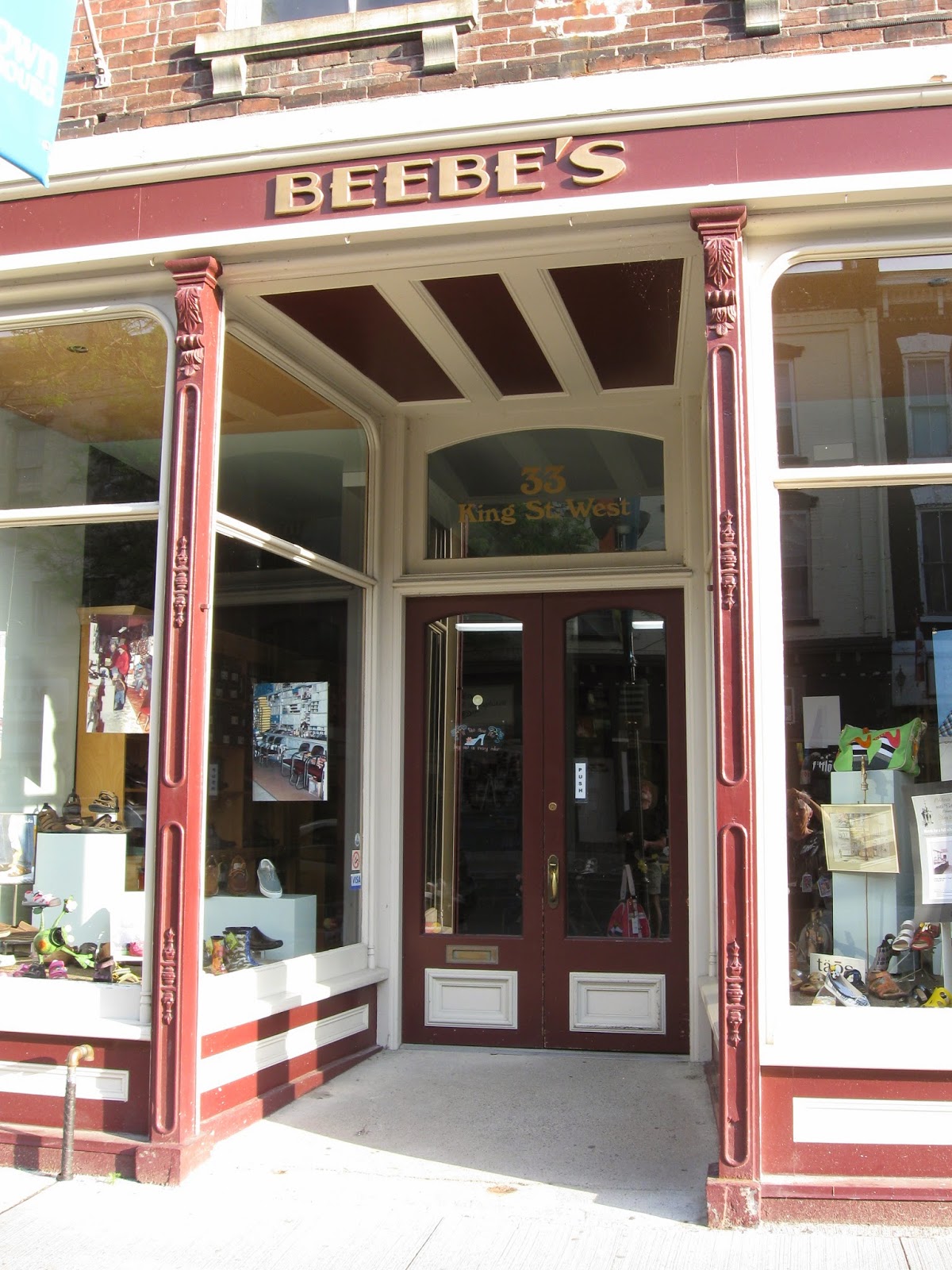 Here's another proud commercial building crest in downtown Belleville.The Albert Filliter Block is crowned by a round-headed arch with the owner's name still bold after 125 years (the cornice modification was sometime before 1890). The brackets are still crisp, but to me the giveaway is the seams in the moulding on the crest, which are separating. Cast iron, or maybe pressed metal. The two terms seem to be used interchangeably in the literature. Can't think the material would?

You have to love Cobourg. They enlisted Craig Sims, heritage building crusader, to design a reproduction Victorian shop front for Beebe's Bootery, to complement all that remained after a modernization - the original cast iron columns.

Then there's this gem in Mallorytown. Rockfaced concrete block, with sandstone quoins and window headers. A bracketed cornice, with a central rounded pediment, containing a swag. Pressed metal? My guess. The rust on the outside edge of the moulding tells the tale.

My copy of The History of Mallorytown describes this building as the General Store at 55 McQuabbin Road - lots of owners. Wonder if it was built in 1925, when David Wells reports that Ernie Kelly started his own store? The 1920's were the heyday of residential concrete block.

This is all very nice, but it leaves me wondering. Who produced the cast iron and galvanized sheet metal architectural components we find in Ontario? Certainly there were small foundries abounding. A look at any early fire insurance map shows them, along with hotels, stables, commercial and residential structures, even in downtown Belleville at one time. But my guess is that fine quality architectural iron was transported by rail from producers farther afield. I've just read of a Toronto example provided by a foundry in Ohio.So...are these fabulous fakes as rare as I think, or have I just not been looking?

And if my new-found interest in iron wasn't compelling enough, a book jumped out at me from the local history shelves yesterday. A Species of Adventure: The Story of the Ironmasters of Upper Canada, by Andre l. Philpot, of Marmora. Stay tuned.

Posted by Ancestral Roofs at 1:50 PM