The arrival of an email from Ancestral Roofs friend Mark usually signals a lost half-day. Mark's emails contain addictive links to fascinating fields of study, many new to me. Mark is deeply engrossed in the early building/society of Loyalist Nova Scotia, and his links usually take me touring. Just recently, while we 'chatted' about barns, I enjoyed a drone flight over the spectacular 1813 Uniacke estate not too far from Halifax. 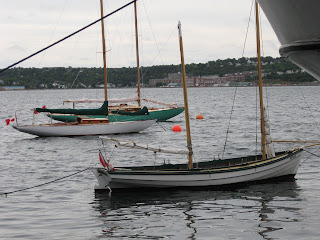 This week, we revisited  Dendrochronology. Did I not warn you? Read this email, lose a day.

I first learned about dendrochronology from Ron Tasker of Ham House in Bath, Ontario. He and partner Bonnie Crook were able to establish that the trees used in the construction of the house they were restoring, were cut in 1816/17.


We've visited on several occasions. I wrote about visits in 2015, 2013 and originally in 2010.  I am encouraged by the 2016 appearance of a website telling the Ham House restoration story. It suggests that the astonishing amount of work they've done is nearing an end - or close enough that there is now time to write about it! Here's their website; the History page recounts the dendrochronology (tree ring dating) research.


The work was done by labs at Cornell University. This is time-travel...consider this quote from Ron and Bonnie's site: "one of the most remarkable results was the year the northwest sill plate...started growing - 1498! This was the oldest historic timber from eastern North America yet seen by the Cornell lab." Now that's cool, you have to admit.

Madlabs Saskatchewan report on the oldest timbers they've researched, at Government House in Halifax, that got their start in 1442. Now, I didn't know that, But you know who did. 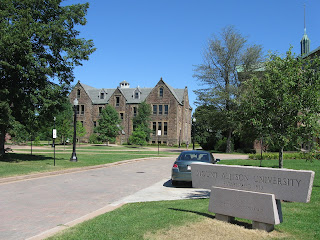 Back to Mark. His email contained a link to  lab reports on dendro reports, which were done by the dendrochronology lab at  Mount Allison University, which later moved to the University of Saskatchewan. Consequently, several dozen research reports examined the age of Canadian Prairie Shelterbelts...oddly resonant, as we recalled visiting the Experimental Farm in Indian Head, a place where such novel ideas were likely explored and demonstrated. Many prairie homesteads hunker down within soldierly rows of sheltering trees, planted before the farm blew away in the relentless winds. 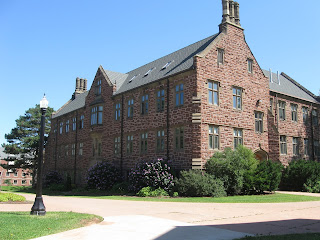 But the houses hold most interest for me. Here's a typical report, done on a house in Halifax, whose construction date turns out to be 1764, making it the oldest residential structure in Halifax. Good to know, right? And for more on dendro, check out page 3 of this typical report.


Hmmm. I do go on a bit. I'm guessing the only person who will read this post will be...Mark!

Posted by Ancestral Roofs at 12:39 PM