My neighbour Elaine attended Kemptville Agricultural College. She is still spitting mad at the closure of the school last year. The college was overtaken by Guelph University in 1997, and closed just a year short of its 100th birthday. 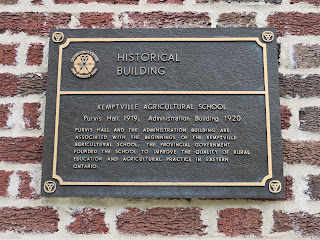 I was in Kemptville recently, and had a wander. I have only a peripheral connection to Kemptville College, although I know several folks, like Elaine, who attended and found their life's work thanks to a program at this now-closed agricultural college. Kemptville College has also been a hub for the community, and will be sorely missed in this agricultural area. For farming will continue, more and more scientific and specialized. Seems like a training institute for agriculture-related fields might still be warranted?
Of course, I was as interested in the architecture of the original buildings, as in the future of the campus. Purvis Hall with its amazing chimney stacks, was built in 1919, the Administration Building,in 1920.

I was intrigued by the bricks and mortar. Literally. The composition, and deep red colour of the bricks makes me want to know more about their chemical composition. They are rough and grainy, look to be poor quality, definitely machine made by that time. I had similar questions when we looked closely at the building materials at Sir James Whitney School in Belleville back in 2015.

Contrasting dressing in stone (or cement) appears in arches, corbels, lintels, caps on parapet cornice, and a band above the rusticated stone basement level.  Plain dormers, simple rectangular windows, a lantern on the Administration building. Lots to see.

I suppose the main buildings would be considered Edwardian Classical in style, although the shaped parapet on the centre projecting bay of the Administration building, and the two monumental porticoes of the Purvis building look Flemish to me. 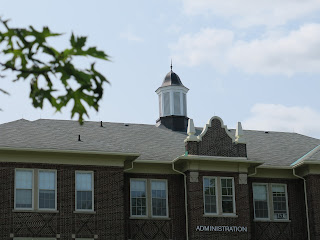 The plaque reads: "Purvis Hall and the Administration Building are associated with the beginnings of the Kemptville Agricultural School. The provincial government founded the school to improve the quality of rural education and agricultural practice in eastern Ontario." 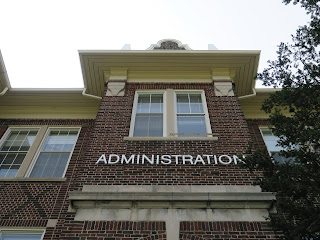 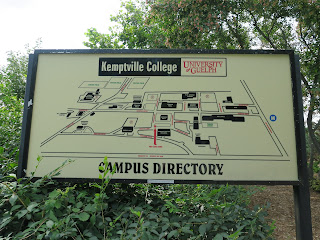 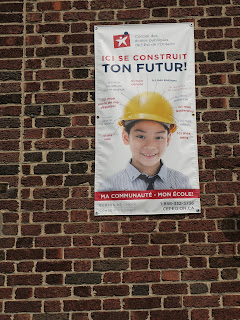 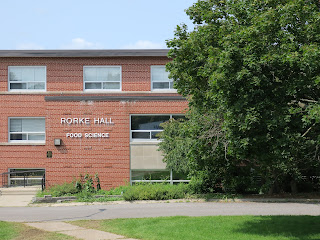 I especially like the Alumni Hall/Cafeteria hall with its nod to half-timbering in the upper level. Students did, too. The bridge in front was erected by college alumni to honour six original staff from 1919 and 1920. That plaque moved me; the sadness of a school closure, with all the traditions and memories lost. 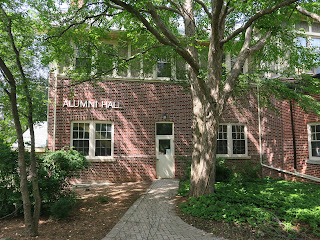 I've read several newspaper accounts of hopeful plans for repurposing some of the buildings. I am wondering if the 'building your future' promise on the banner at the back of one of the buildings, should inspire confidence. Time will tell. It's a rural community, still. And rural folks are nothing if not resilient. 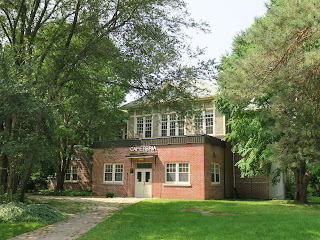 I spent time near Kemptville AC back in the late 1960s. When I visited in August I drove streets and roads near the campus, my emotional geiger counter registering stronger and stronger resonance in some locations. I once stayed at a little house here - I think it was on a concession road running along one side of the campus - where dear friends Lizzie and Linus lived, while one or both of them did work at the school. And, I seem to recall Lizzie saying it's where their first daughter, now a clinical counsellor in Vancouver, was conceived.

So on this first day of school in my town, I celebrate this school which is no more. 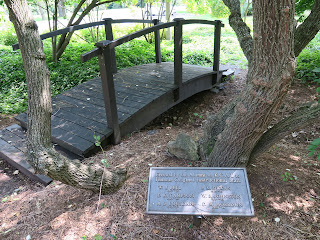 Posted by Ancestral Roofs at 2:37 PM