How did I miss this house all those years ago? It lives (still does, fortunately) at 1531 Davie Street. Here you go. I lived not far away at Robson and Cardero Street.  And our paths did not cross.

Admittedly, we moved in different circles.

This is Gabriola, the last of the palatial private homes of captains of industry, in Vancouver's West End. It was on offer in 2015 for $10 million, and is reportedly being reconverted to residential use, after its conversion to apartments in 1925, and later restaurant use. At one time it was facing demolition (quelle surprise.) 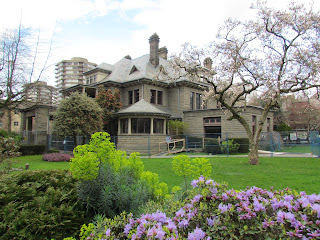 By all reports it was the most lavish private home ever constructed in B.C. Gabriola sits at 1531 Davie Street in the West End, once called 'Blueblood Alley' because of the presence of the calling card set.

The property originally boasted stables and extensive gardens occupying the full  block between Cardero (my humble brick walk-up was at the Robson end of the block) and Nicola Streets. 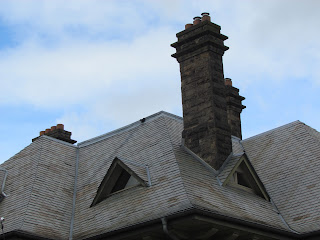 Here is a useful link to the fascinating history column in the online magazine Scout Vancouver. The 'You Should Know About' feature is where I got the information about City Hall architects Townley and Matheson.

Here is what they think you should know about Gabriola, in this article from the site. It contains some great early photos. 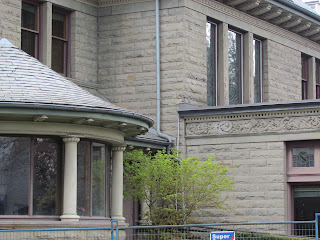 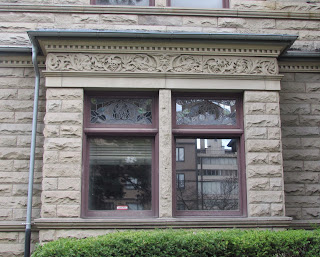 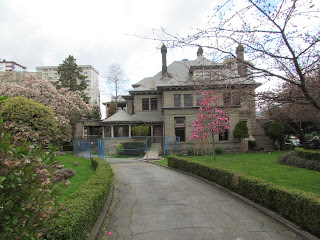 The famed Bloomfield brothers created the magnificent three-panel eight foot high stained glass windows in the staircase. Each room had different treatment. The dining room with 8' high rare wood wainscoting (photo in the Sun article) and Jacobean patterned curved ceiling gives a taste. The couple raised 7 children at Gabriola, but Rogers died at 53, his widow left a few years later and the mansion was cut up into apartments.

Another 'find' on this research trip is the work of Eve Lazarus. I came upon her story on Gabriola House, and her reflection on the loss of so much architecture and history as the West End grew - so fast. The area was virtually unknown a few years earlier; when Gabriola House was built there in 1900 the city was but 15 years old

Eve's blog is called Every Place has a Story. She mentions that she publishes the blog to promote her books (her title At Home with History: The Secrets of Greater Vancouver's Heritage Homes has just made it onto my list) but it will become a regular stop for me. 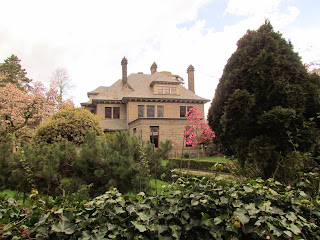 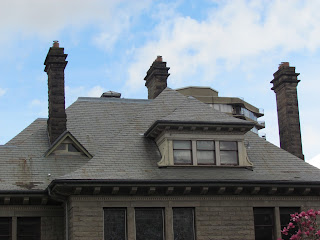 And to finish. The other Davie Street. Rather more my speed.
And a link to this past June, my first tale from Gabriola. 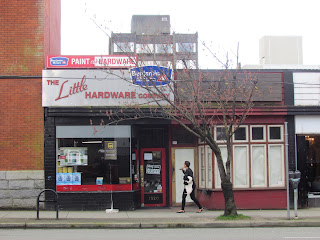 Posted by Ancestral Roofs at 4:14 PM