The little village that could...and did 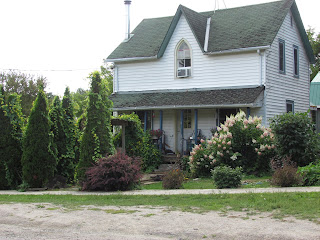 It's all about this house. Well, technically, it's about an artist's representation of this house in historic Queensborough. It sits across the road from the oft-painted millpond (indeed a painting was underway the day we visited.) But it's A.Y.Jackson's painting of this little Ontario farmhouse with its peaked Gothic gable, which created the buzz at Historic Queensborough Day last Saturday. The  painting, generously loaned by its owner, was the centrepiece of an art show featuring close to a hundred works portraying the village and its quiet beauty, at the restored Orange Hall in the hamlet.


Oh, yes, for a sleepy little spot, there is a great deal of buzz in Queensborough. 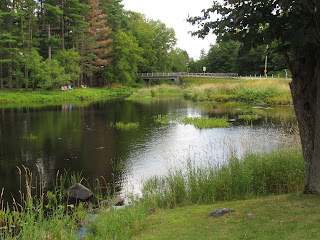 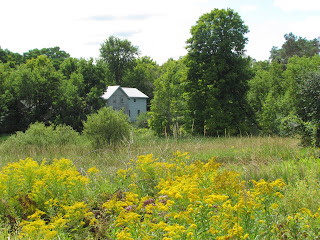 Katherine Sedgewick, one of the amazing volunteers for the day, whose promotion of the event spanned the globe (this post in her Meanwile at the Manse blog contains scads of history about Q'boro's artistic past) explained that Jackson's point of view was somewhere near the bridge; with his back to the millpond he painted this house and the shed beside it (gone now) and a view deeper into the hamlet.


It took a visit to the hall, and a wander - Q'boro invites meandering - to orient myself within the painting. 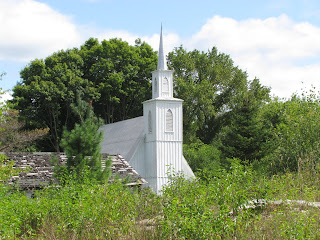 Visitors to this blog will know that I have a special affection for the hamlet of Queensborough, north of Highway 7, above Madoc, in Hastings County. I also have a special affection for the people there - two of whom I am pleased to call friends, and many other friends whom I haven't even met yet. You'll feel the same when your venture to the picturesque historic spot, because it is a friendly village, and a much 'improved one', sharing the love that the locals have for it. 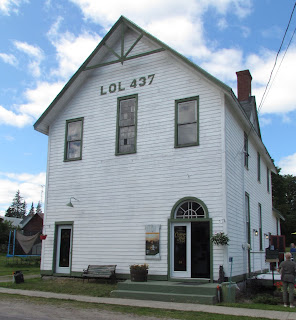 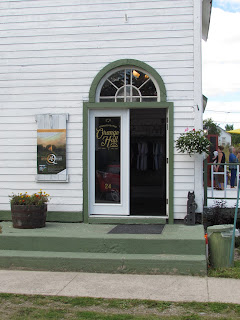 I wrote about the early days of the Orange Hall revival, after I visited in 2017. This post also provides a link to Katherine's more detailed history  and its renaissance. Enough to say that it was a perfect venue for the art show - have no photos to show you as there were such crowds that a vantage point could not be found! 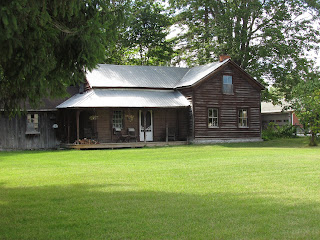 I've written about Queensborough and its renaissance several times on 'ancestral roofs'.' Here's one; for the others you'll have to use the handy search engine on the blog. And if my enthusiasm doesn't influence you, I suggest you visit the delightful blog Meanwhile at the Manse, written by Katherine, who is a daughter of the manse (she'll tell you the story) which is bound to win you over. 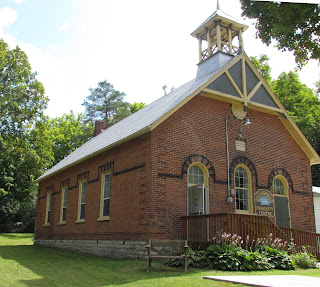 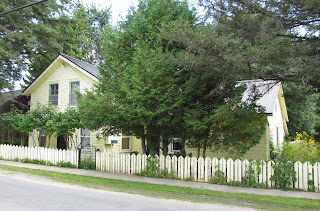 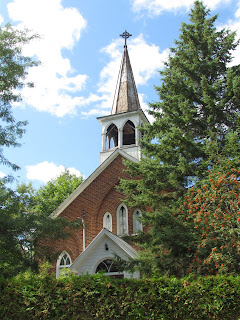 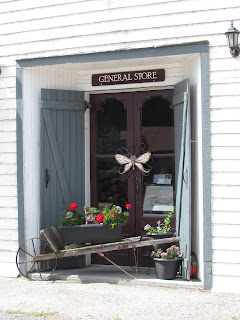 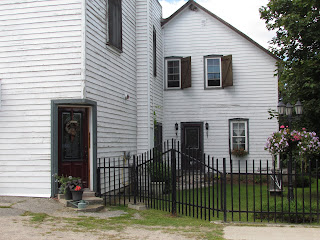 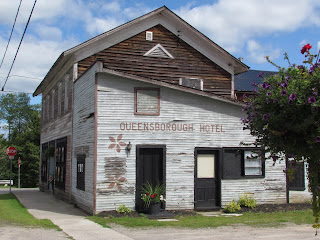 For the rest, I leave you to wander at will. During my wander last Saturday, I was taken by the general friendliness of the place- visitors clearly absorbing the Queensborough mood. Smiles blossomed into conversations, groups forming and dissolving as we walked around, admiring, photographing, reminiscing about the way things were.

And just where a weary body needs one, a bench, in the shade, flanked by bright planters, a spot to watch the falls and the pond, and just BE.

Posted by Ancestral Roofs at 2:30 PM