I'm still on about cooking and heating, although the temperature outside is hovering hopefully around zero.  The October/November 1986 Century Home article written by my go-to guy Tom Cruickshank, really started something.


I'm appreciating seeing the evolution of domestic cooking/heating, from open fire cooking outside the UEL settler's shanty to a primitive chimney fireplace in a rudimentary log house, then a better stone or brick cooking hearth with panelled surround. The beehive bake oven - outdoors, later built into the fireplace wall is a fascinating study in itself.


Right: on a hot humid summer day at Upper Canada Village, two costumed interpreters (how could Parks Canada possibly  think that portable audio tours could replace them!) demonstrate baking and cooking on a cast/sheet iron stove.

Later developments separate the cooking from the heating function (ask the woman preparing meals in Upper Canada mid-summer how effective that was). Dozens of different designs for cast and sheet iron cookstoves- some more practical than others, were widely advertised by the 1840's. Parlour stoves, massive and baroque, or tiny and elegant, with heat holes and networks of stovepipes made even distant rooms more bearable in cruel winter.

Above: the elegant parlour stove, with heat hole (here closed for the summer) which carried welcome heat to the adjoining room. 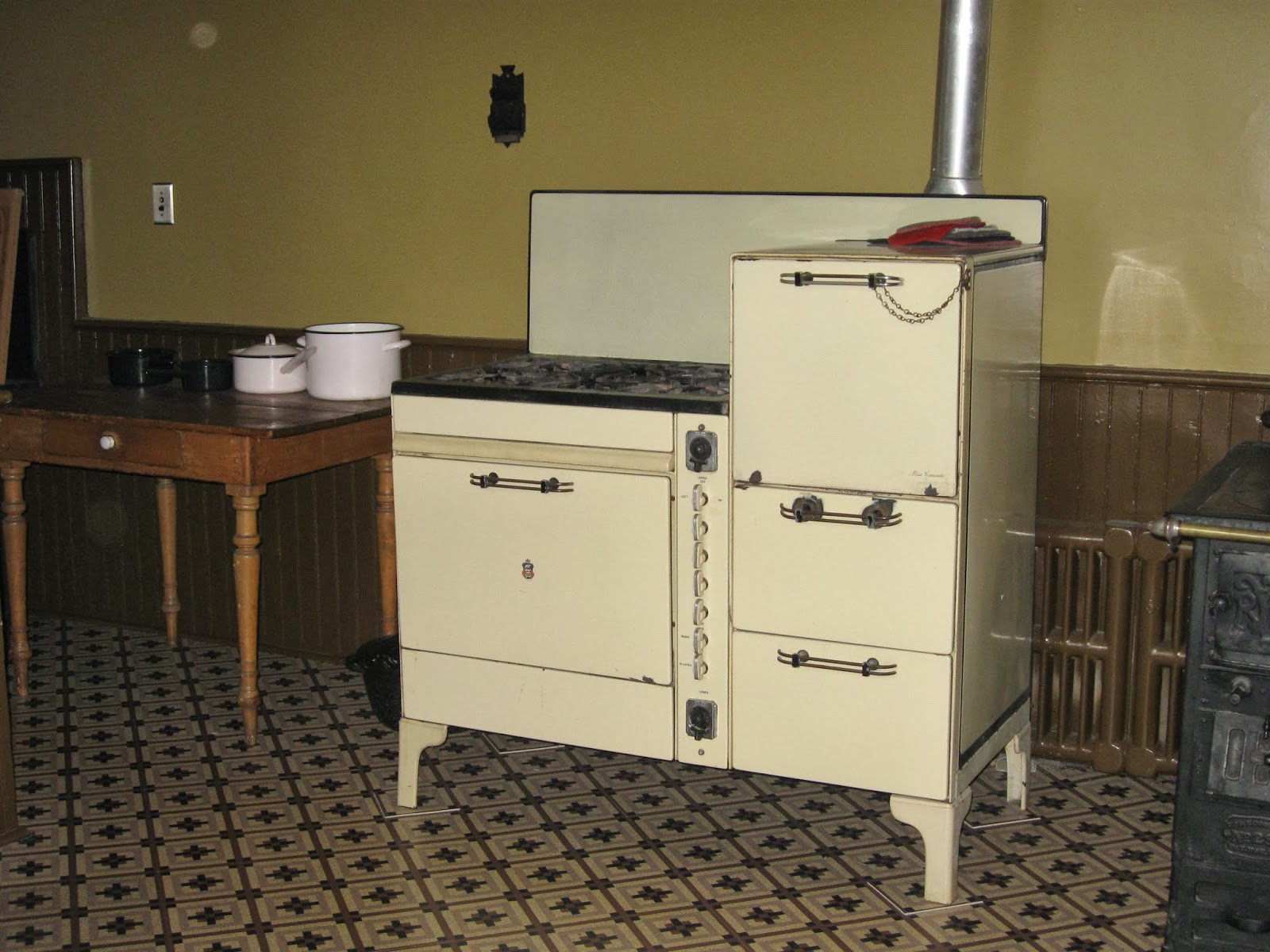 And one day, in the far-distant future, central heating and a gas kitchen range. This one, at Spadina house, dates from 1936. The owner was founder of Consumers Gas - all mod cons here.

When not specified, photos are from our most recent Upper Canada Village visit.
Posted by Ancestral Roofs at 3:31 PM