It's been a while since I journeyed between the covers of that esteemed guide to Ontario Architecture by John Blumenson. My trip to Peterborough rekindled my interest, not for what I was able to capture, but what I was not, given the failing of light and energy to explore P'boro's rather peripatetic street layout. That building was the rare Second Empire terrace (row) structure Cox Terrace on Rubidge Street. Might be better to wait for a bit of greenery to cheer the scene; I seem to recall the last time I saw the building, it was a bit sad. And I'm happy to wait for my spring visit. So, for a bit of Second Empire styling. In keeping with the premise of this series, and to ensure absolute veracity, I use only photos which Mr. B. selected for his book. (In a 'companion series' for the blog, which I intend to title 'Wish you were here', I will include other examples of the form which appeal especially to me.) 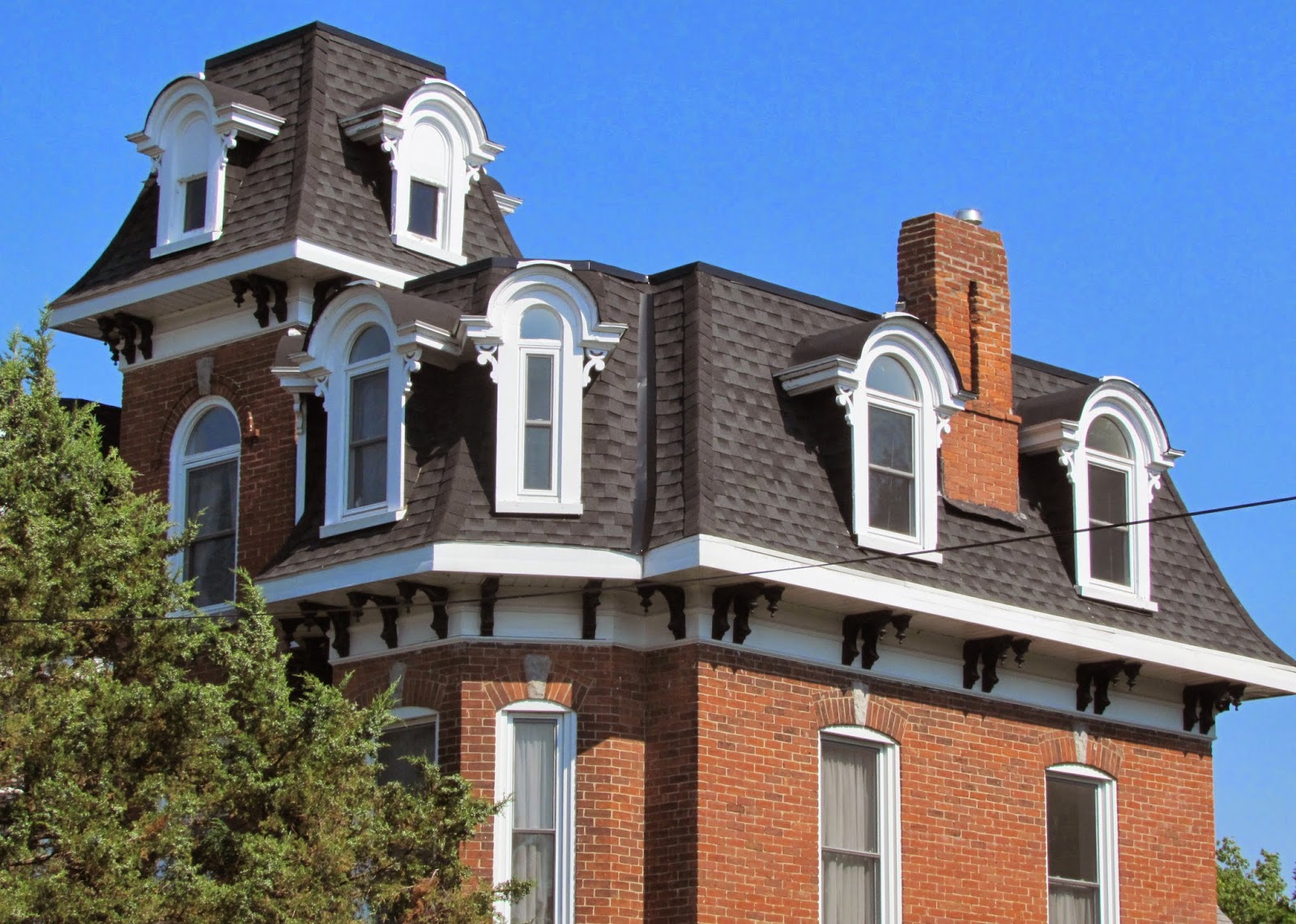 This imposing red brick Second Empire home in Mallorytown has all the requisite bits: mansard roof, eyebrow dormers set into the roof to light the third floor, cornice and brackets, plain segmentally arched windows and a tower set centrally between projecting bays. Wonder if the roof is the original slate, or replacement shingles? The boxy white vestibule doesn't do a thing for it (aside from keeping north winds from hurtling into the front hall).

The local history Fact, Folklore and Fiction: The History of Mallorytown, provides the name 'Doctor's House', so dubbed because its late 1880's builder was Dr. Joseph W. Lane. The name stuck although the only other doctor in the house didn't take up residence until 1946. 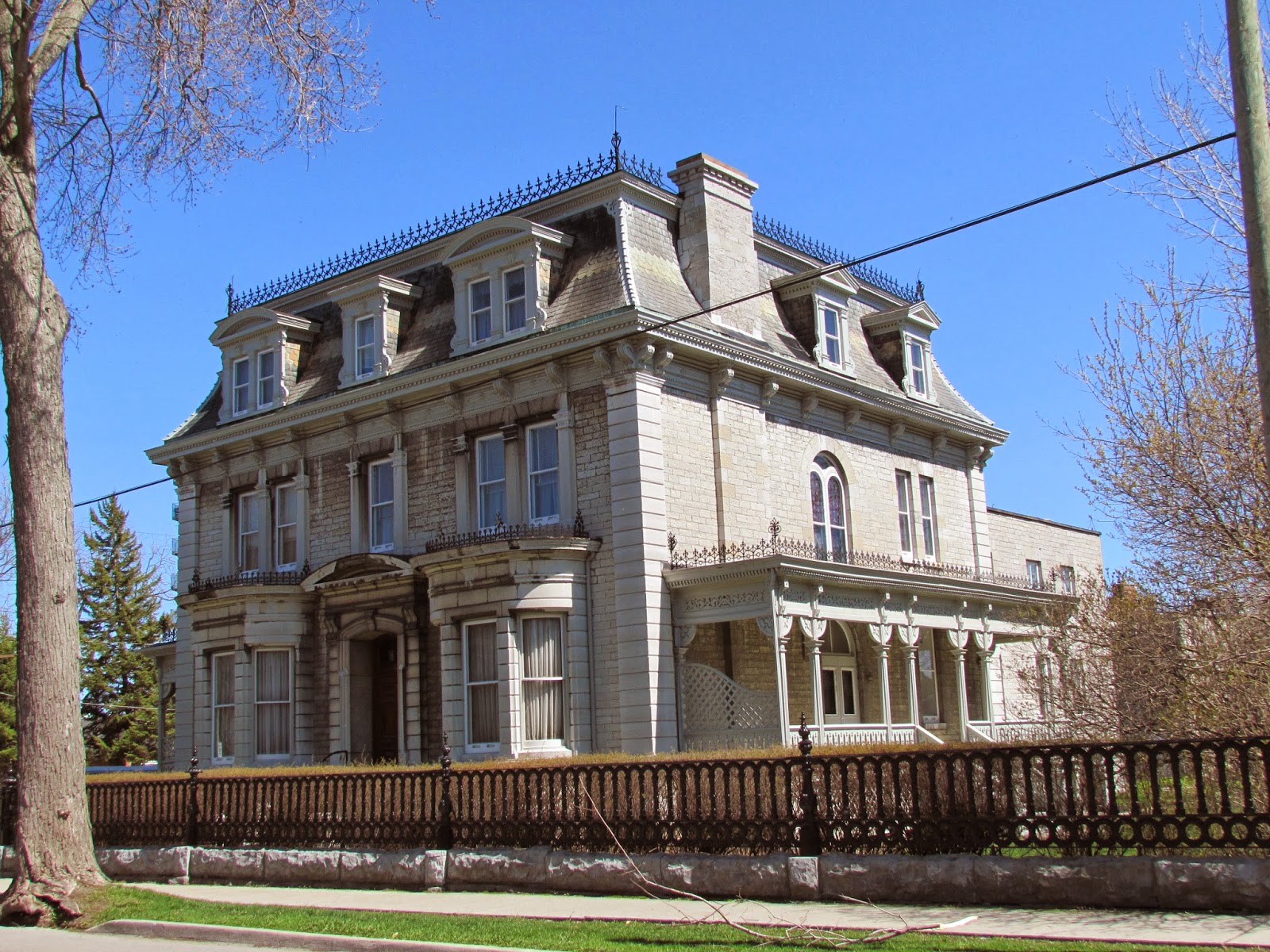 Blumenson describes the sombre stone version above as "an excellent example of the formal but towerless version of the Second Empire style that most often served as a town or city dwelling" and draws attention to the "balanced facade of Classical details" and iron cresting, along with the obligatory mansard roof. This house sits across from the park at the corner of  King and Simcoe streets, a few steps from the lakeshore. Magnificent. 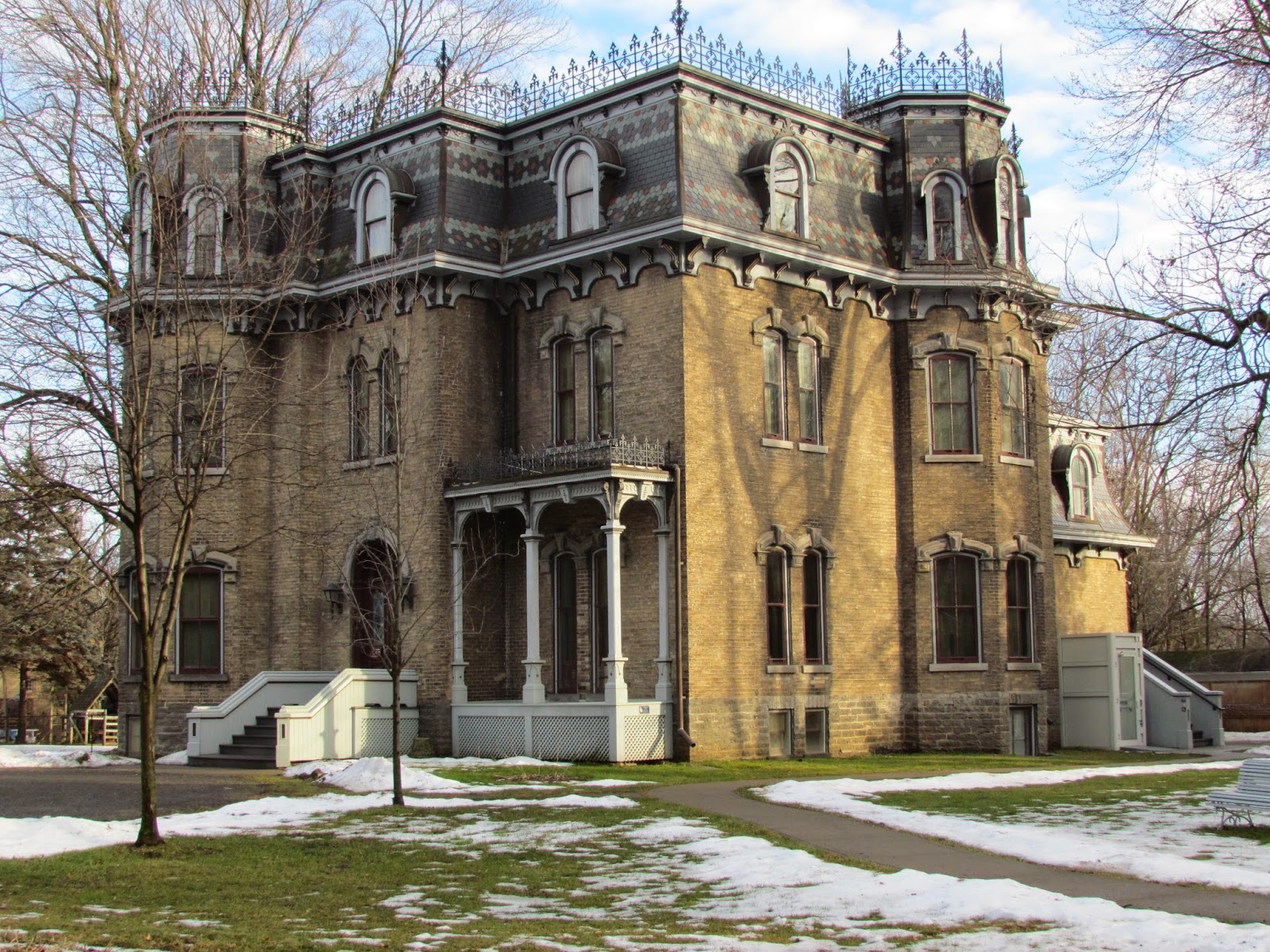 And everyone's favourite Second Empire haughty lady, the exquisitely restored Glanmore National Historic Site on Bridge Street in Belleville. For a closer look visit the Glanmore website, or even better come for a visit.

Imagine when this house sat on a wooded property that stretched east to Dufferin, and all the way south to Dundas Street?


Posted by Ancestral Roofs at 3:22 PM