Watch for it....but do it quickly 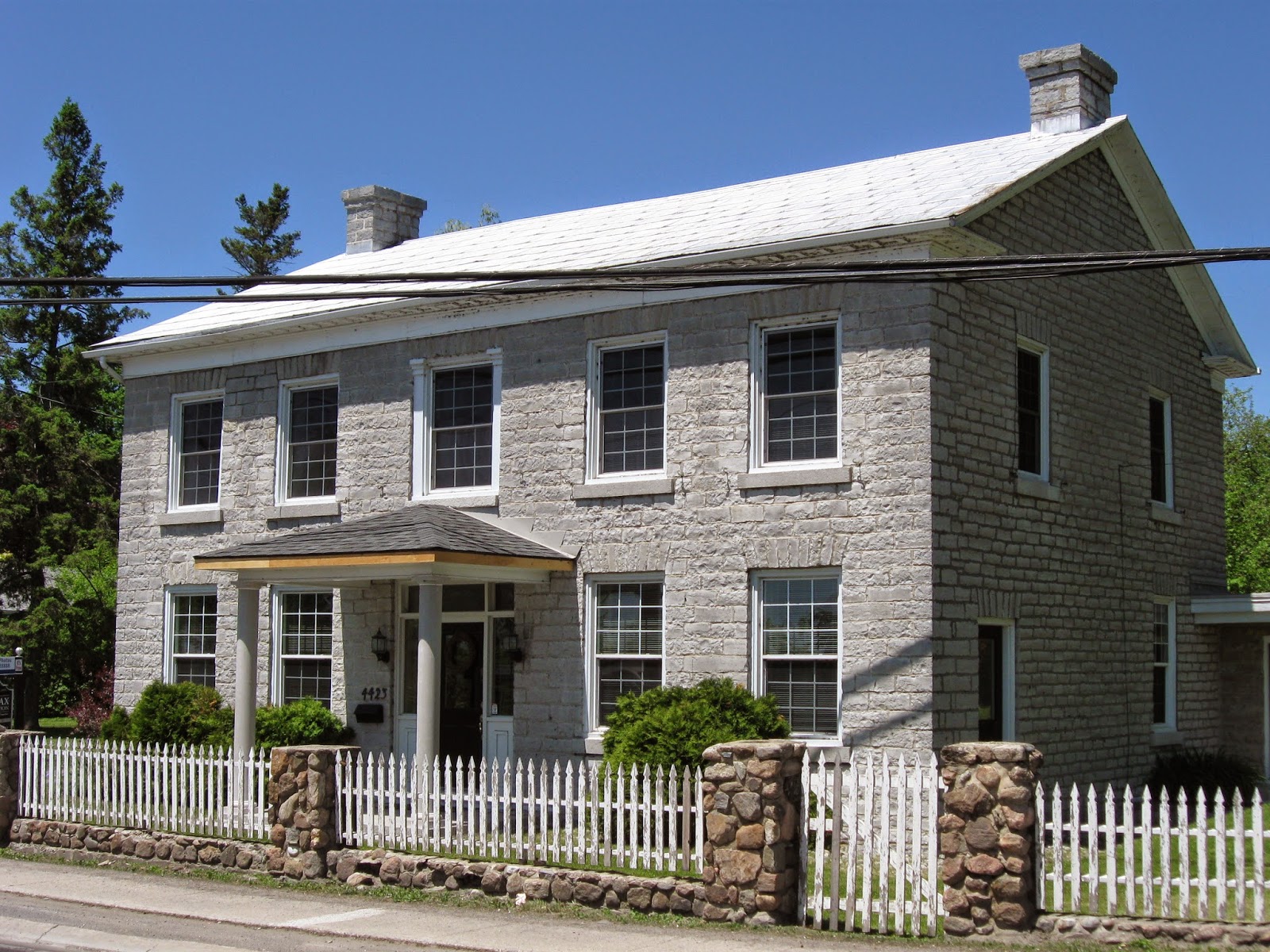 This is Stonewatch, the pre-1813 home of one of the earliest Ernestown Loyalists, Joshua Booth, who served as a sergeant in the Revolutionary war, and found it advisable at some point to emigrate. Booth went on to build numerous mills and become a prosperous landowner. His large stone house sits at 4423 Bath Road near Amherstview.

Well, not his exactly his. When I visited the spot on June 1, I noticed a for-sale sign. Today I looked for the listing, as it's a great way (the only way, usually) to get a wander about inside. Well, not to fall in love with this one - it appears to be sold. 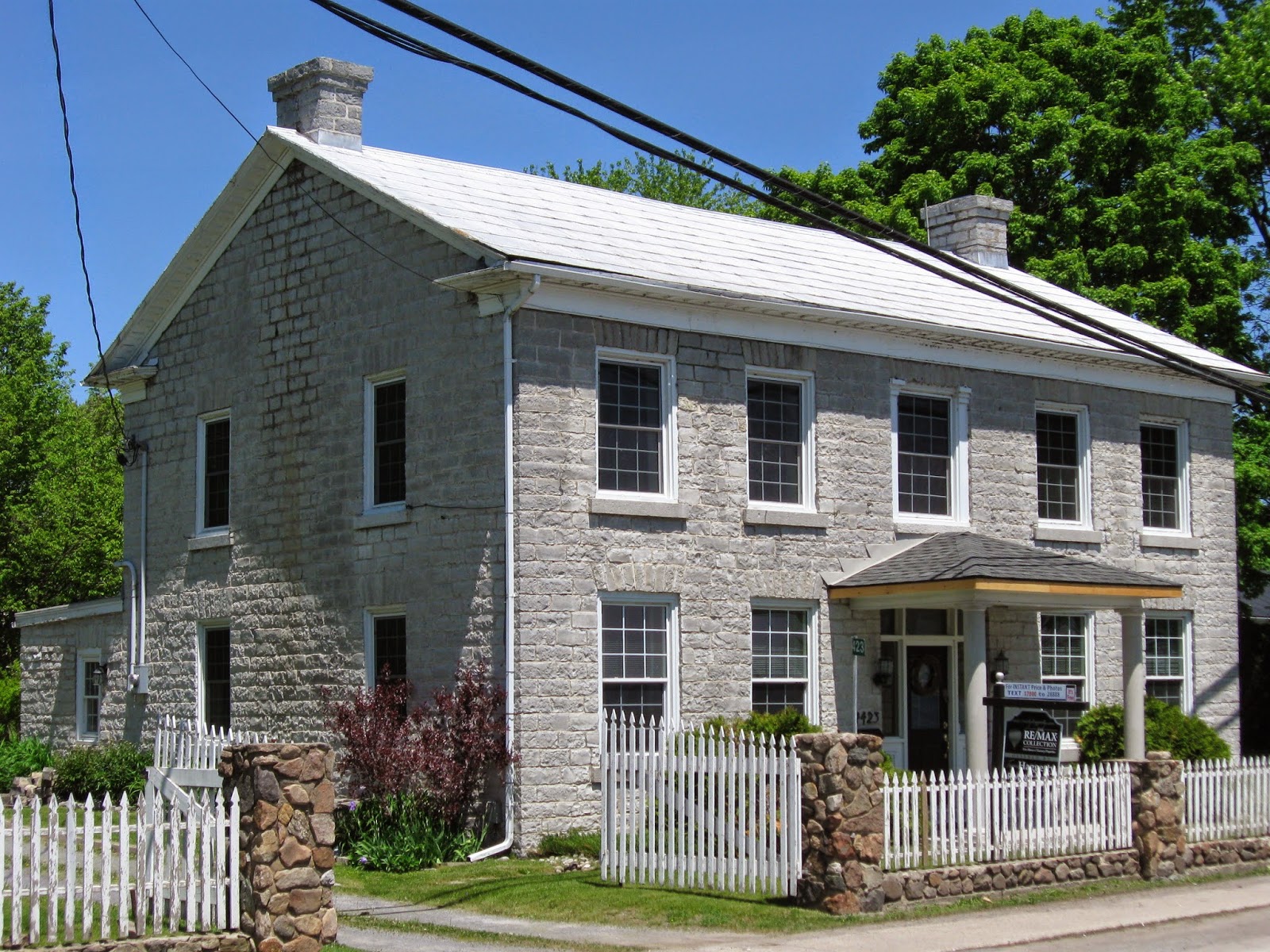 Even without a feature sheet, we can tell a good lot of good things about this house. Rock-faced evenly coursed Kingston limestone with ashlar window sills, soldier lintels. Steel roof. Half-sidelights, divided transom. We can see that the eaves sport modillions and dignified eaves returns (PJS called them birds nests). The gable-end chimneys have been maintained, stonework ditto. Don't know if the sash windows are reconditioned or replica - look pretty crisp. Portico recently repaired. Window surrounds in good repair. Love the surround on the second floor centre window - classical influence.

McBurney and Byers report that this fine stone house (well, Joshua and Margaret) raised ten children, and was  named Stonewatch as it served as a lookout for roguish American ships during the 1812 awkwardness. And that the place is haunted. Doubtless, that didn't appear on the feature sheet; hopefully nothing has appeared to the new owners, either.

The view across to the bay is astonishing, but the home's location on the primary waterway would have been a functional more than aesthetic decision, I'm guessing.

The one thing that the photo cannot convey is the noise! The traffic is very heavy - I had to dash to cross the road from my scrap of parking space, to get some close-ups. That would have to detract from one's enjoyment of the garden with its historic fence, mature trees and sunny lawn. 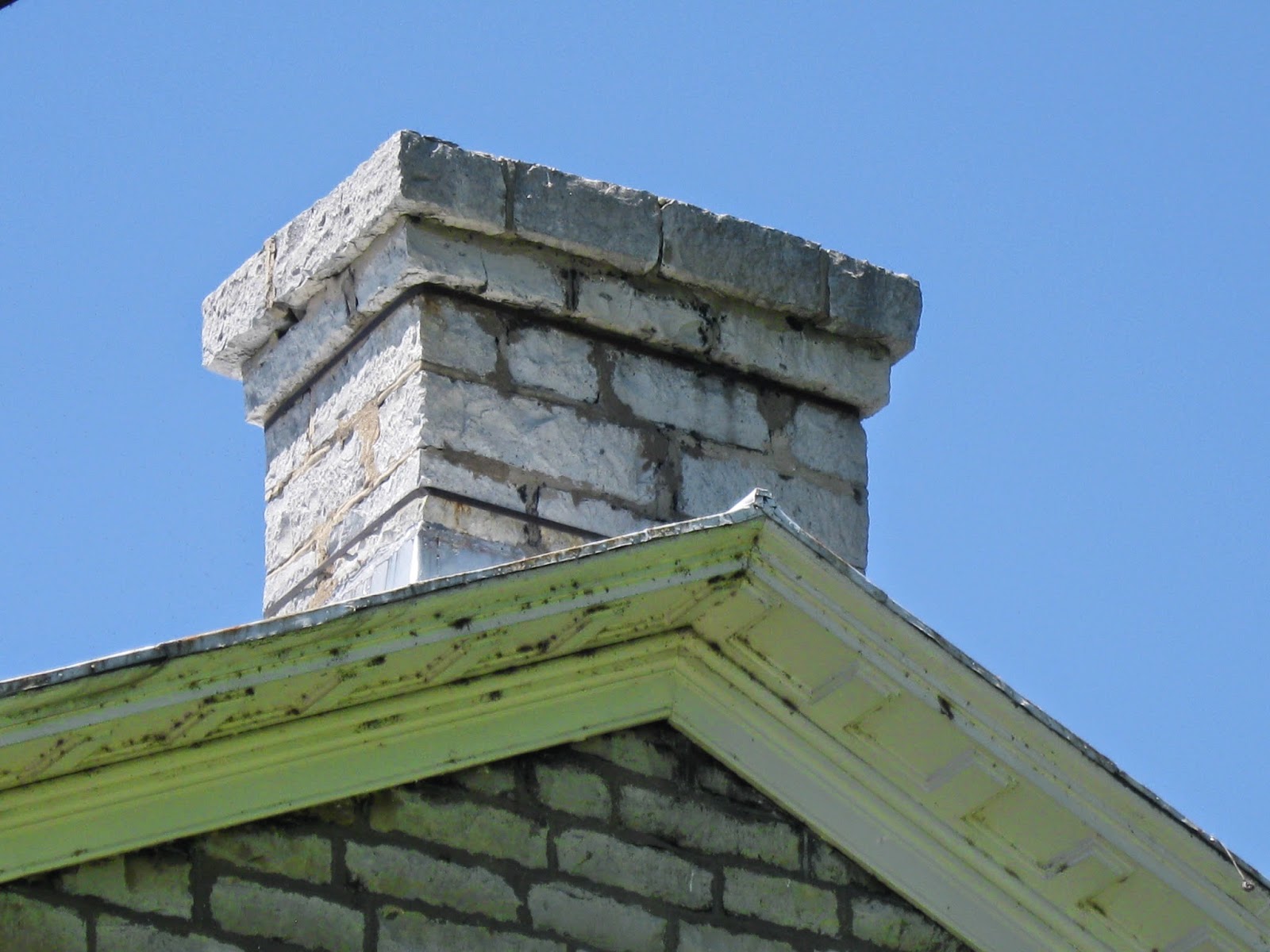 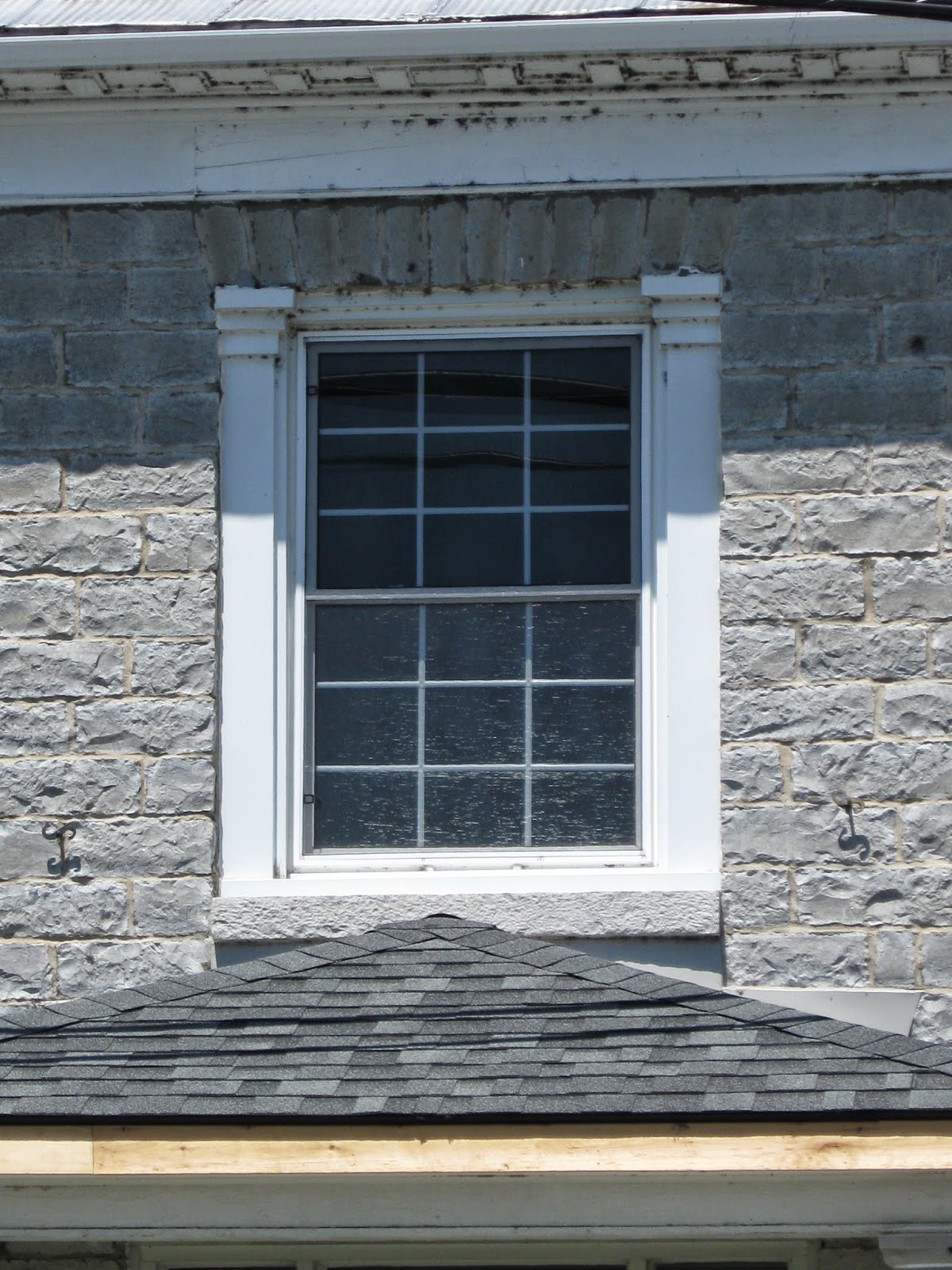 A last look. Going...going...gone! To the folks with $339,000. Asking price in a Googled listing. Less than one would need to purchase some truly graceless new monster home in the area's subdivisions. But then, I'm prejudiced. And I don't have to keep a 200 year old stone house warm in winter. 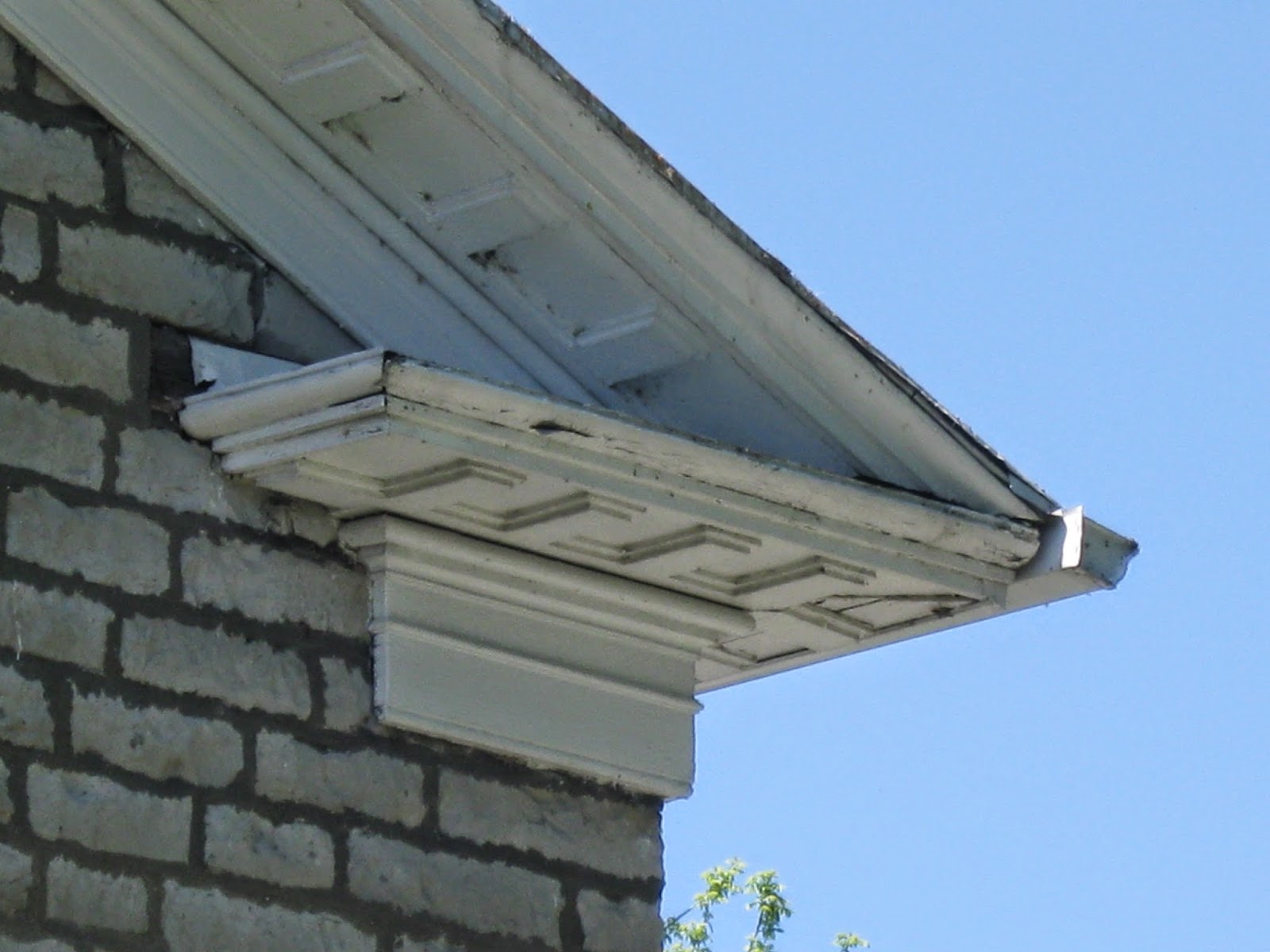 Posted by Ancestral Roofs at 11:13 AM