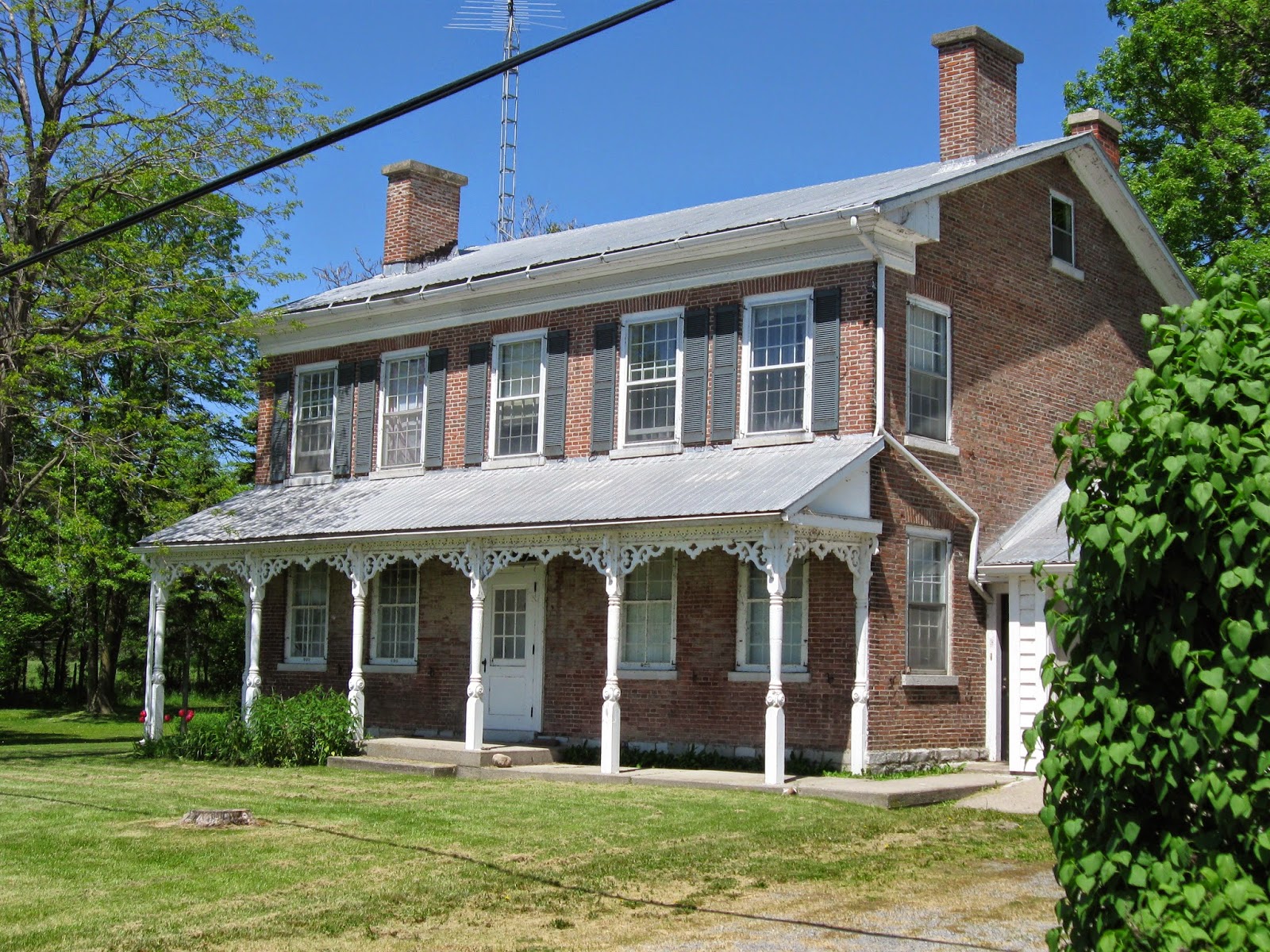 Highway 33, the Bath Road, was the way to the really big city when I was a kid. The scenic route. Across the ferry at Glenora, gently curving along the shore, never far from the water's edge. Dad marvelling at the new things man had wrought - industrial complexes like the Celanese plant and the Lennox Power Generating Plant (which may well have had different names back then), ships loading at waterside, good farms, picturesque villages with curves and hills - always the sense of history, though seldom expanded upon as it wasn't 'our' (meaning family, and Prince Edward County) history. 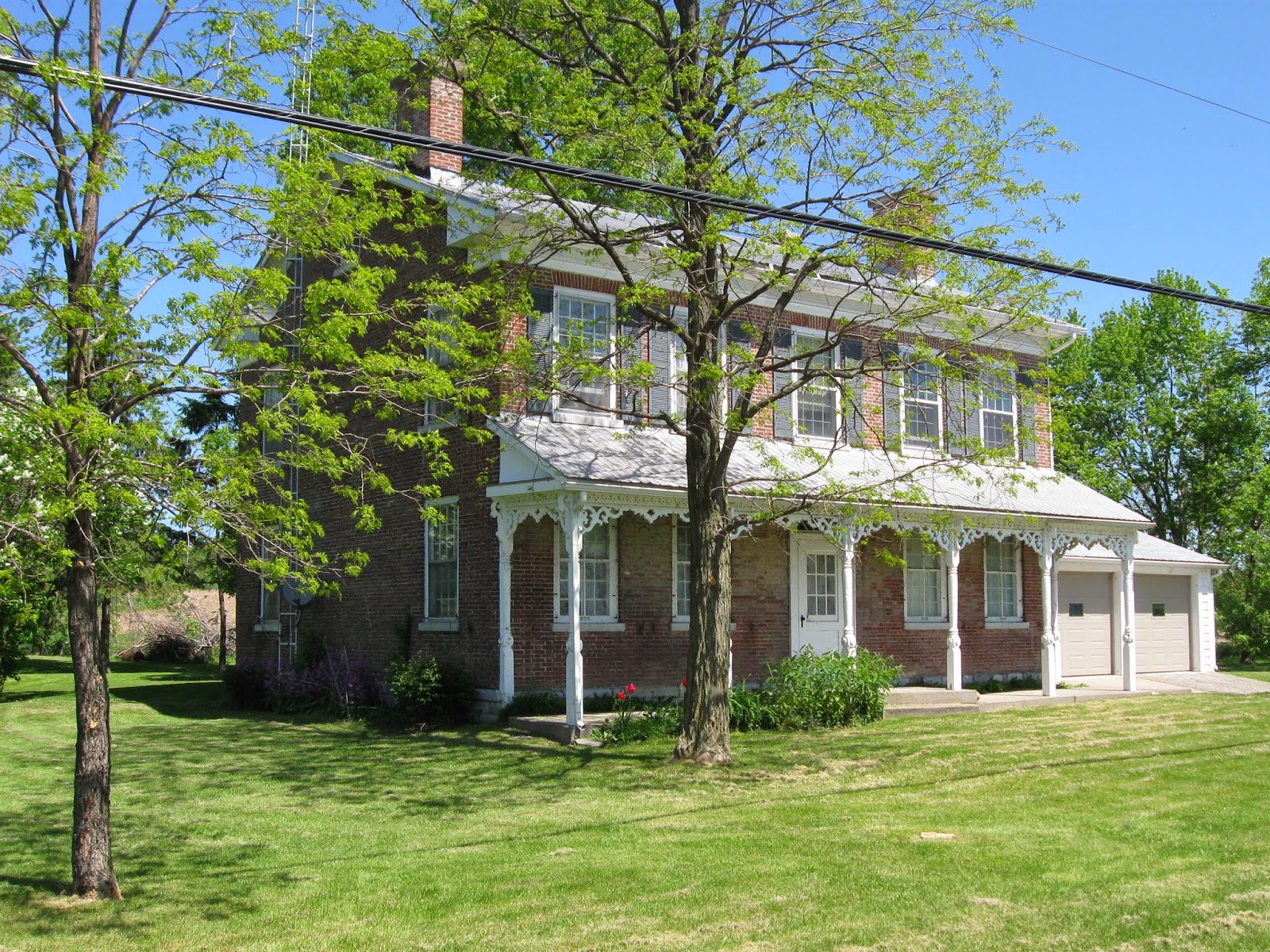 Recently I had a day to myself, my fellow traveller in life taking other (and faster) roads at a vintage racing event. June 1. Sun, unremitting. Time to pack cameras and go.

I took that road less travelled that begins at the end of my street: Highway 2 to Napanee and south on a county road to join up with Highway 33 just east of Adolphustown. Sparkling waves, bright new leaves, lilacs and dandelions. On the road to Bath. Swell.

This road wasn't just 'my' early road, it was a very early road indeed, forming part of the first official road in Upper Canada. This battle against nature was the plan of Lieutenant-Governor John Graves Simcoe -to build a military road from Detroit to the Lower Canada border. Surveyor Asa Danforth was commissioned in 1799 to develop the Kingston to York section.

He lived in Finkle's Tavern not far away; the name lives still in a fine shore park, one of many allowing public access to one of southern Ontario's prettiest spots. A good spot to sit in the sit, squint into the sparkles on the waves, and time-travel. 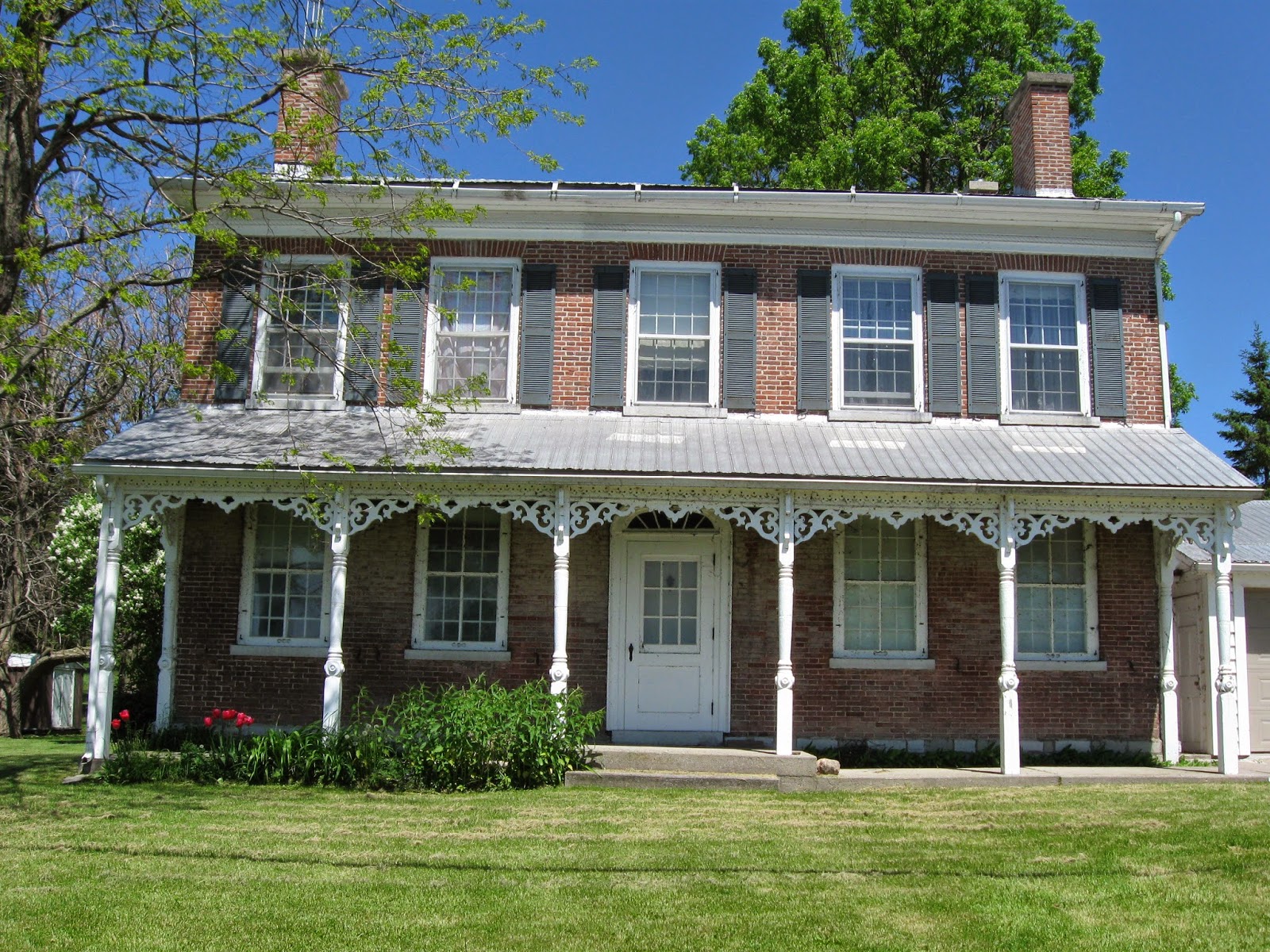 But I wasn't blinded so completely as to miss this pale pink homemade brick Georgian house, which has always appealed to me. Well, I did drive by, but found a farm lane to turn into, and made my way back. I was taking a few photos from the roadside when a car turned into the driveway. My lucky day. This was the son of the ageing owners, on a visit from Manitoba to see to routine maintenance. A home tour transpired, and a great connection with Malcolm Smith, whose parents Crawford and Gwen rescued the fine old home from its decline sometime after WWII. A family, like their house, steeped in history. Dad Crawford was a restoration architect, who worked on Fairfield House and Macpherson house projects. Mom Gwen was a force for good in the Quinte Branch UEL Association.

Now the house and acreage is being prepared for sale - to someone who knows and loves heritage architecture, and has the instincts and skills (and the means) to restore this beauty. Margaret McBurney and Mary Byers tell the story of the house in their 1970 book Homesteads. An early house indeed judging by the 1798 Crown grant, it was built by Conrad Huffman on Lot 1, Concession 1, Ernestown, just west of Bath. Construction was begun just after 1812. Those pink bricks were handmade at the back of the farm; walls three and four bricks deep, "heavy pegged beams and hand-made nails can still be seen." Beautiful hand-planed interior woodwork awaits period decor.

The Victorian verandah was added much later (as was the functional two-car garage). The kitchen was enthusiastically reworked with newfangled plywood in the 50's - the bake oven and kitchen hearth having been removed by former owners. A pressed tin ceiling adds to the mix.

All the principal rooms and bedrooms have exquisite simple Georgian mantels and  panelled side cupboards. Four of the original six fireplaces remain. This is a special house indeed. A good home to a good family. Yours?  I hope to stay in touch with the owner, and will update this post with a realtor's link in time.

Posted by Ancestral Roofs at 5:22 PM