Nary a Rogue to be Seen 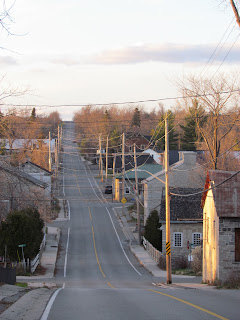 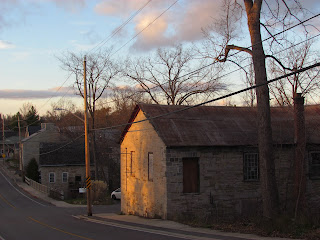 This week I have enjoyed two delightful walks around the village of Newburgh. Two, as I wanted to capture its early buildings in their best light, both those facing the morning sun and those inclined toward sunset musings. 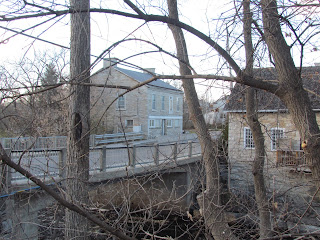 Thanks to  my 'new' copy of Rogues' Hollow (Peter John Stokes, Tom Cruickshank and Robert Heaslip; ACO, 1983) I had planned my quest well. Thanks also to the village's small size (though bracingly hilly terrain) I was able to find and capture all of the places I wished to study further. 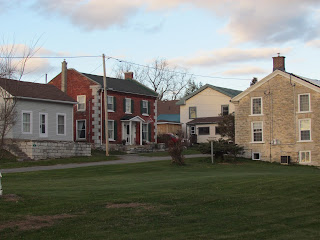 And in all those hours of walking, I shared the streets with 3 dog-walkers, and one distinguished gentleman, who would have tipped his hat, I'm sure, had he been wearing one. 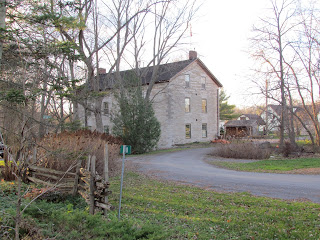 I recently remarked to friend Brenda that I'm a bit like the squirrels, dashing about in the last of the warm fall weather, storing up loads of photos for winter enjoyment. The word 'nuts' did come up in the conversation.

In a village so well documented, and so intriguingly preserved, compulsive photographing is inevitable. Heart-breaking beauty. Remembering always that real early treasure can be found under vinyl and insulbrick, or hiding under signs of neglect or unsympathetic additions. 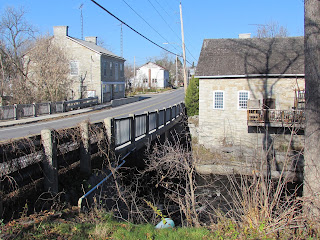 The distinctive profile of 1850's structures - tall parapet-end townhouses, wide gentle roof pitches, bold Greek revival cornices and returns - and the wonderful use of stone from rubble to fine ashlar make exploring this village an absolute delight. Indeed if anyone had seen me, they might have wondered what that woman was grinning about. 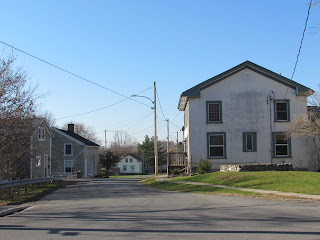 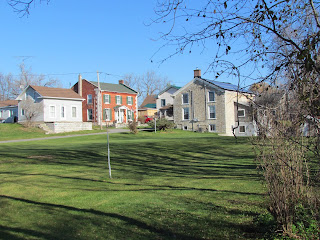 Rogues' Hollow is a scholarly work, examining not just the buildings of the village, but the streetscape, the vegetation and topography, all in the interests of preservation planning. It's filled with scaled plan maps of each neighbourhood.

At the end, A Comparative Pictorial Glossary of Historic Newburgh's Architectural Details and a Glossary round out the feast. I could dine out on this treasure for weeks. Now are we academics or geeks?

The chapter titled Village Analysis: Streetscape and Buildings articulates (for those struck somewhat dumb in their presence) the features that give the village such character: the human scale of the buildings, narrow roadways, natural features (the river, the sloping terrain, open spaces and vegetation.) Focal points and distant views: I get that, now that you point it out. The mix of residential, commercial and industrial buildings - pre-zoning laws. Likely pretty nasty at the time, but picturesque now. Be prepared. I intend to take you back to Newburgh a few more times.
Posted by Ancestral Roofs at 6:19 PM