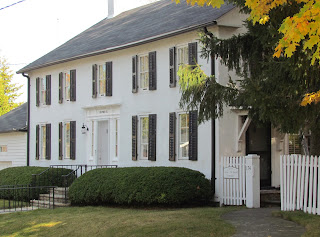 I remember Mr. Rogers. Do you? His slow-paced children's television show Mr.  Rogers' Neighborhood [sic] ran for years, replaced by increasingly zippy educational offerings like Sesame Street and Electric Company. Mr. Rogers' show was like a visit with a kindly uncle or grandpa. A bit slow, maybe a tiny bit dotty, but a person who conveyed warmth, caring and all the patience in the world. The show ran from 1968 to 2000. 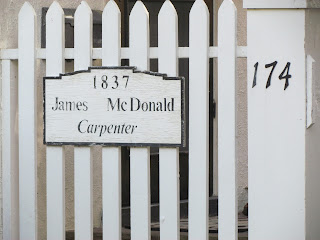 You might recall his often-used kindly prompt to his tiny viewers,encouraging them to attempt the name of something he might be telling them about. "Can you say....?" Today's more cynical folk parody that occasionally. "Can you say Transpacific Partnership, boys and girls?"


The theme song for Mr. Rogers' Neighbourhood was "Won't you be my Neighbour?" Here's an invitation back into the simple magic of the show. 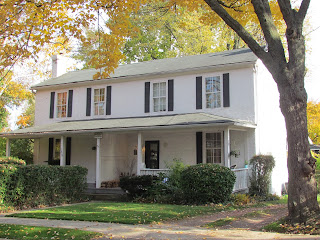 I think Mr. Rogers would have liked Old Oakville. He might be especially pleased with the neighbourliness of the neighbourhood, where ship captains, merchants and tradespeople lived in close proximity, in well-built homes. The quality of building might be attributed to the skills of the ships' carpenters who migrated to Chisholm's shipyards.

This might be due to an early prohibition on makeshift buildings and log construction imposed by Chisholm or his town planner Merrick Thomas. (I read that somewhere, and am having no luck relocating the source!) 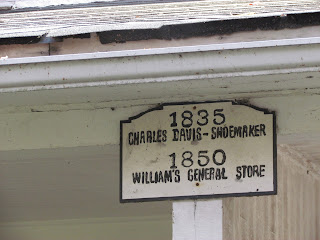 Mr. Rogers would also like the well-kept nature of the neighbourhood, everything put away neat and tidy.

A feature of Old Oakville which makes a ramble even more edifying is the house plaques, identifying homes with the names of original owner/builder, his occupation and the build date. 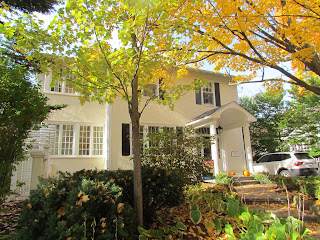 Old Oakville's homes, grand and humble, all look so well-built and lovingly maintained. This is due to the owners no doubt, who value their community and properties and want them all looking their best. The presence of an active Historical Society has doubtless 'raised the bar' through the years.

I found online a copy of the Oakville Historical Society newsletter from 2006, in which the process of application for the exterior house plaques was outlined. 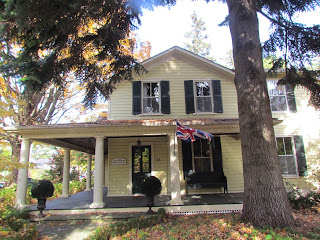 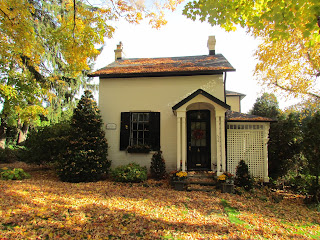 Eligibility is simple. Houses have to be 100plus years old. I grew so curious as I wandered, not just intrigued by the architectural features and the exquisite natural beauty of the neighbourhood, but wanting to know so much more about the early inhabitants and their times.

I must admit to being disappointed when some home owners appear to have declined to participate. 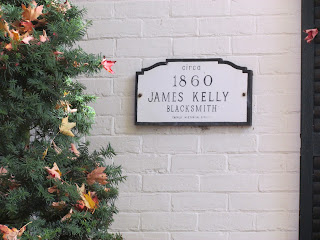 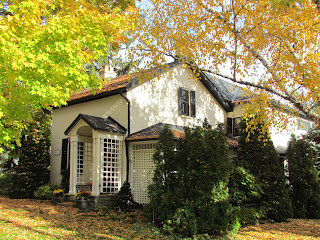 Posted by Ancestral Roofs at 11:04 AM