Another kind of Circus

There was a time last spring when 'the way downtown' let us along Brock Street, through the incomparable Circus, and down Gay Street in Bath. Feel free to tag along with Streetview.


The Circus was originally called King's Circus. It was designed by architect John Wood the Elder, begun in 1754 and completed by son John Wood (the Younger) in 1768. Somebody was paying close attention.

The Circus is an exquisite Georgian townhouse complex, formed from three curved segments arranged in a circle (no, no clowns and prancing horses. From ancient Rome, a rounded arena)

Why don't I quote from the Visit Bath website?

"The Circus consists of three curved segments of Grade 1 listed townhouses, forming a circle with three entrances. When viewed from the air, the Circus, along with Queen Square and adjoining Gay Street (I'm not making this up) form a key shape which is a Masonic symbol similar to those that adorn many of Wood's buildings" (nor this.) 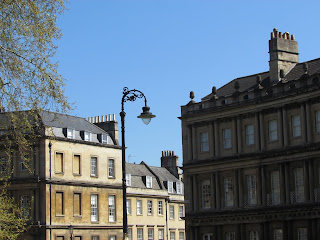 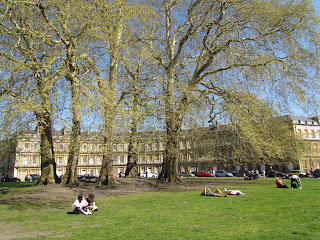 "Wood was known to admire the druids, creators of prehistoric stone circles. Convinced that Bath had been the principle centre of Druid activity in Britain, Wood studied Stonehenge, and designed the Circus with the same diameter 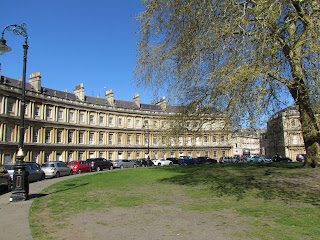 Here's a jazzy little YouTube video by Sura Ark that spins you around the Circus a couple of times. 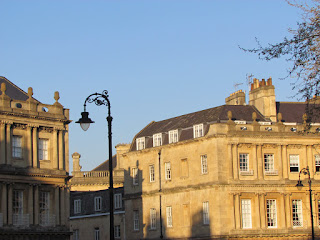 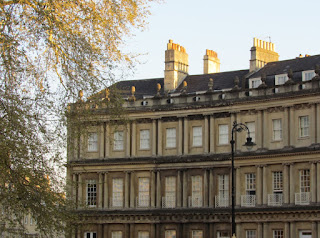 It was difficult to capture building detail without including parked cars, so the pattern of the pilasters is not immediately apparent, but Wood arranged to have the ancient orders - Doric, Ionic, Corinthian - distributed up the three levels of the facade, Roman style, Doric being the design style on the street level. 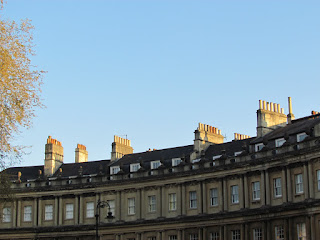 The repetition of elements - chimneys, windows separated by paired pilasters, the eliptical openings in the parapet, dentilled courses enforcing the horizontal - it's almost hypnotic. 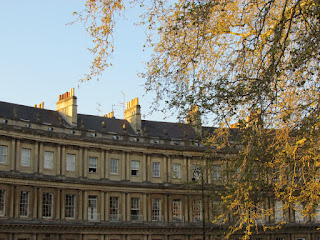 The stately rhythm of elements, the massive central trees, all in the honey-coloured late day light - the calm of this particular circus will stay forever with me. 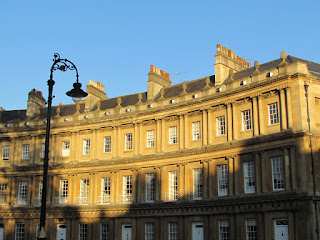 But if you haven't quite had enough, here are some toothsome links:

Here's the UNESCO site, explaining its reasons for declaring Bath, Somerset, to be a world heritage site (no argument there.)


Here's a self-guided walking tour, admittedly of limited use, but I'm a sucker for those things. There's a museum of Bath architecture. Dang, should have visited, it's closed for 6 weeks. 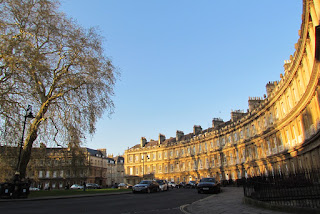 And a final amateur video tour, emphasis on acorns and Nicholas Cage. But nice visuals.
Don't forget your map.
Posted by Ancestral Roofs at 2:15 PM