I just can't do it 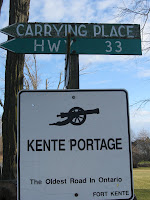 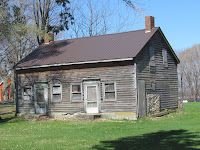 I have to face it...I do not have the patience to be a 'primary source' researcher.
This realization has come at a bad time, as I just recently promised myself I would join the Loyalist's Association this winter, and document our lineage on both sides of the family, checking the documents to confirm what we have always believed to be correct, filling in the blanks on the forms, and getting the certificate of authenticity, good for discounts at UEL reenactment events (no, not really).
And how much easier it will/would be, with the power of the internet holding a treasure trove of thousands of documents and the discoveries of countless dedicated researchers. In a few seconds just now, I found the Old United Empire List D with the name of our ancestor Patrick Pierce, who we have always known arrived in Marysburgh with a disbanded regiment by 1784.
But I digress. I came to the realization (that I haven't the jam to be a researcher) when preparing a summary about a local building over the last few days, using the work that the Historic Structures Committee compiled back in the 1980's. The documents they reviewed, the sleuthing they did, the hours they must have spent poring over old photos and newspapers, deciphering old documents, forming and testing hypotheses, recording, interviewing...outstanding work. I'm humbled each time I make use of their labours in the books they published. And thank heavens they did!
Don't have many photos from 1784. There is a house in Wellington that some sources attribute to 1768, 1792, who can be sure, " possibly the oldest stone building still standing in PEC" (Cruikshank's diplomacy on that is fun), but I don't have a photograph of it.
So, some pretty old places:
Left: signage marking the route of the Kente Portage, near Carrying Place, a first nations route favoured by fur traders and early explorers
Right: an early house at West Lake. It's stood for years, obviously valued by someone (note the new roof). There's an old cemetery behind it, which I'm sure contains stories of early settlers to that area.
Posted by Ancestral Roofs at 4:44 PM