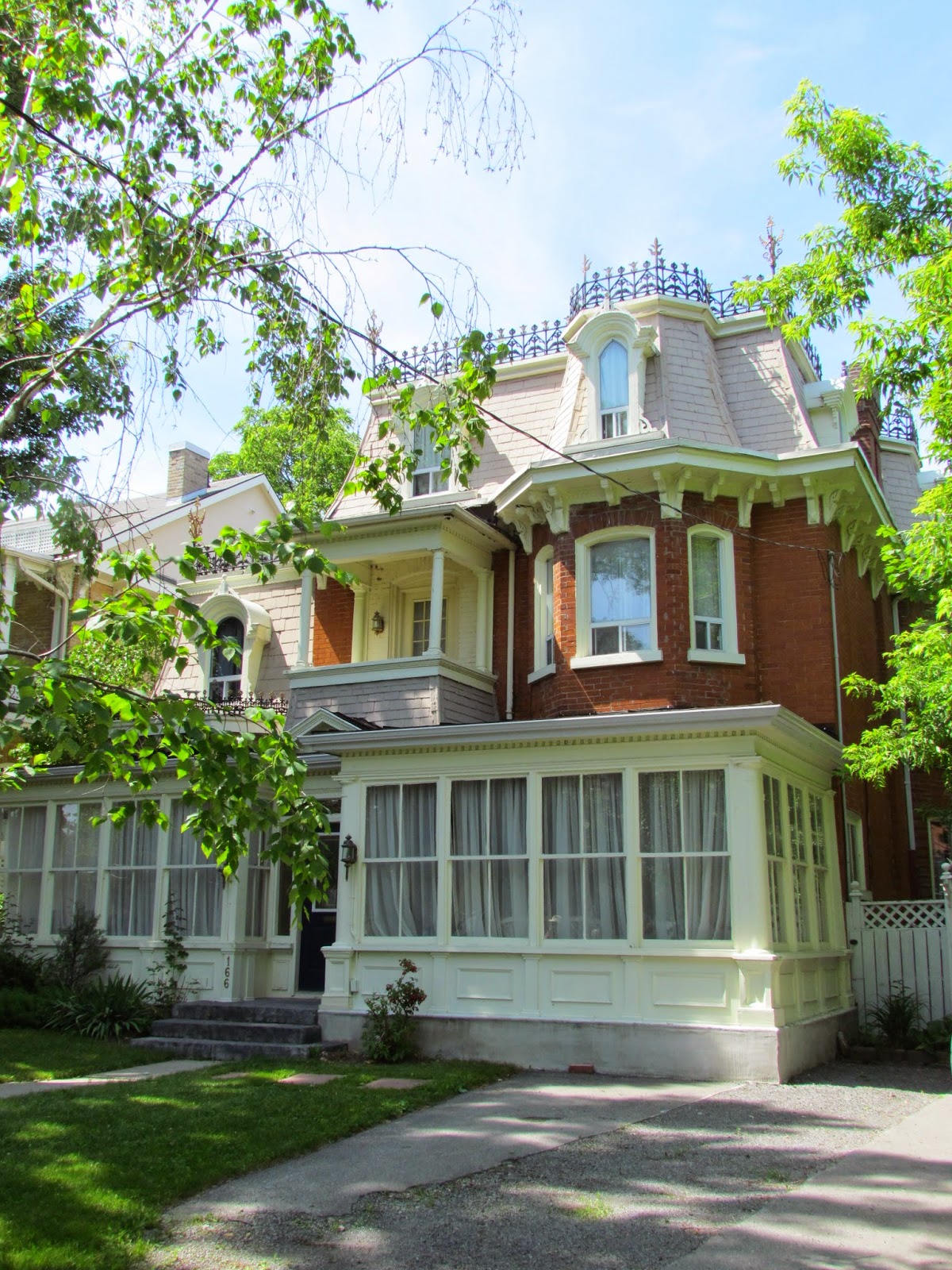 I always feel a bit of 'I'm not worthy' when faced with the imperious beauty of the Second Empire style as expressed in such places as Glanmore National Historic Site and others of its ilk. Of course, that's perfectly natural as that was just the effect the owners were looking for. 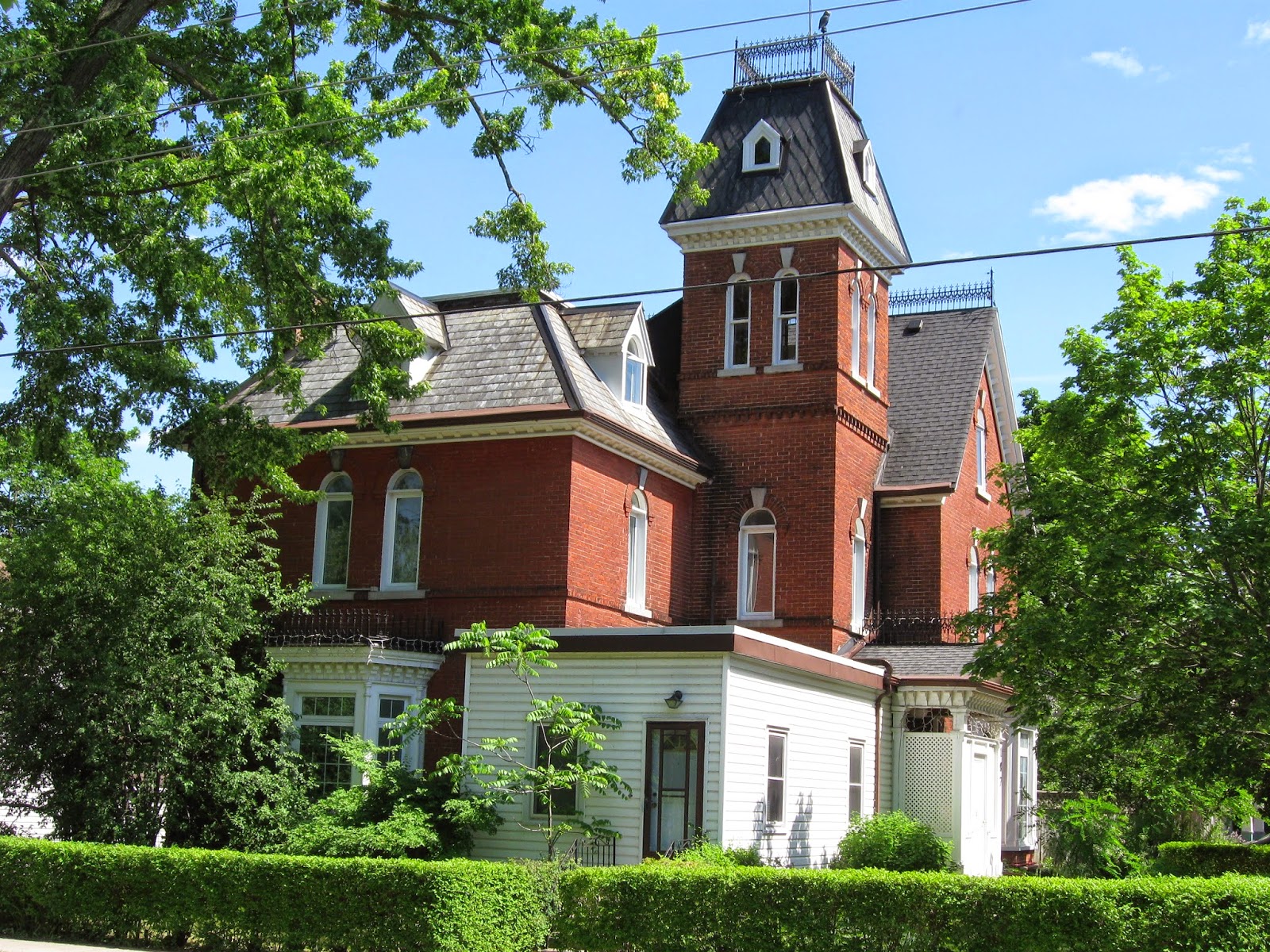 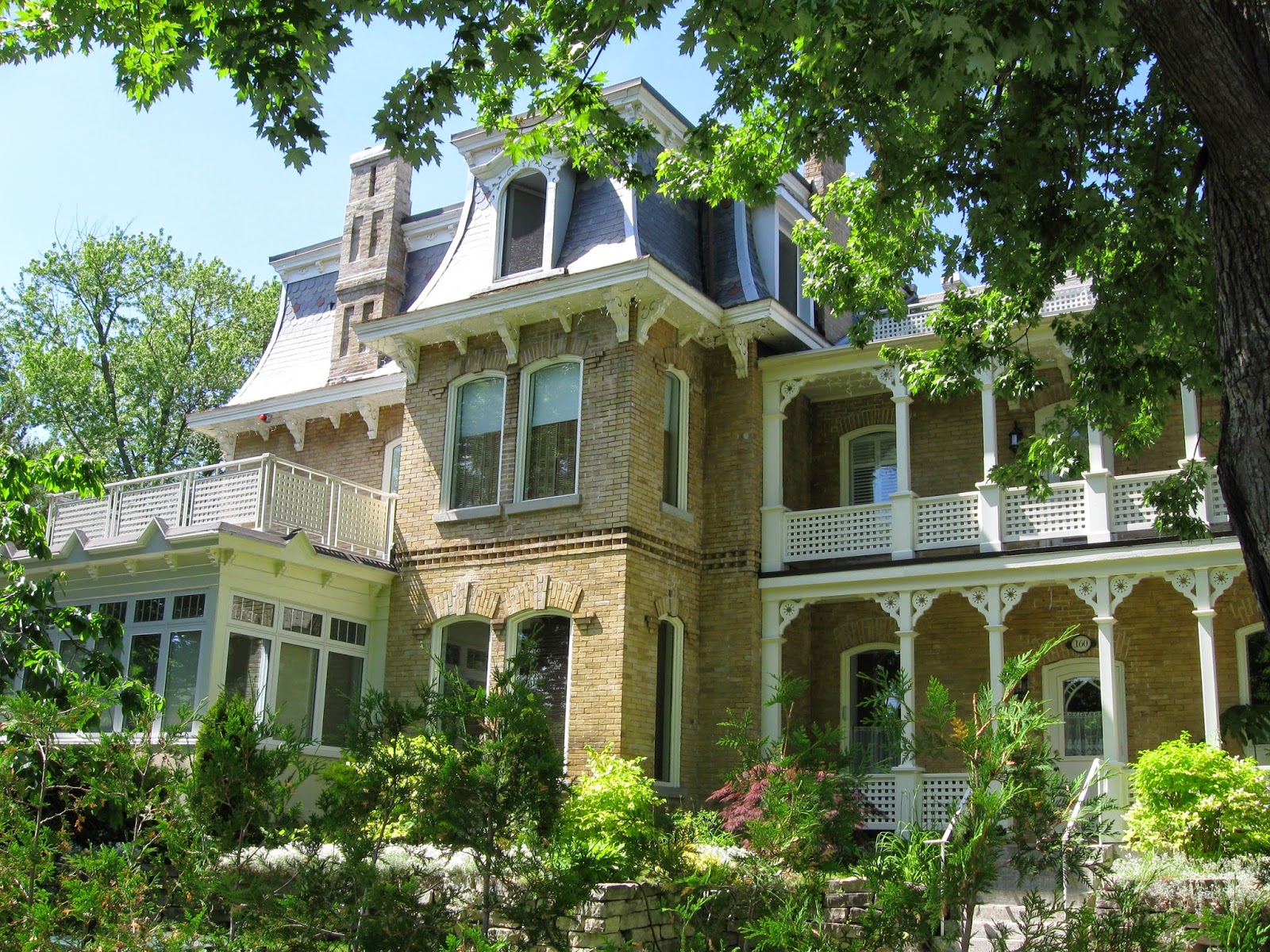 Second Empire style was popular in Canada in the 1870's and 80's, so named because it used many of the design elements made famous by Napoleon III and his man Baron Haussmann during the Second French Empire (1853-70), as they transformed much of medieval Paris into those iconic wide boulevards of tall mansard roofed buildings (think: Champs Elysee.) Heavy decorative mouldings abound, dormer windows characterize the style, but what says "Second Empire' most loudly is the Mansard roof - named for French Baroque architect Francois Mansart who popularized the style in the 1600's. 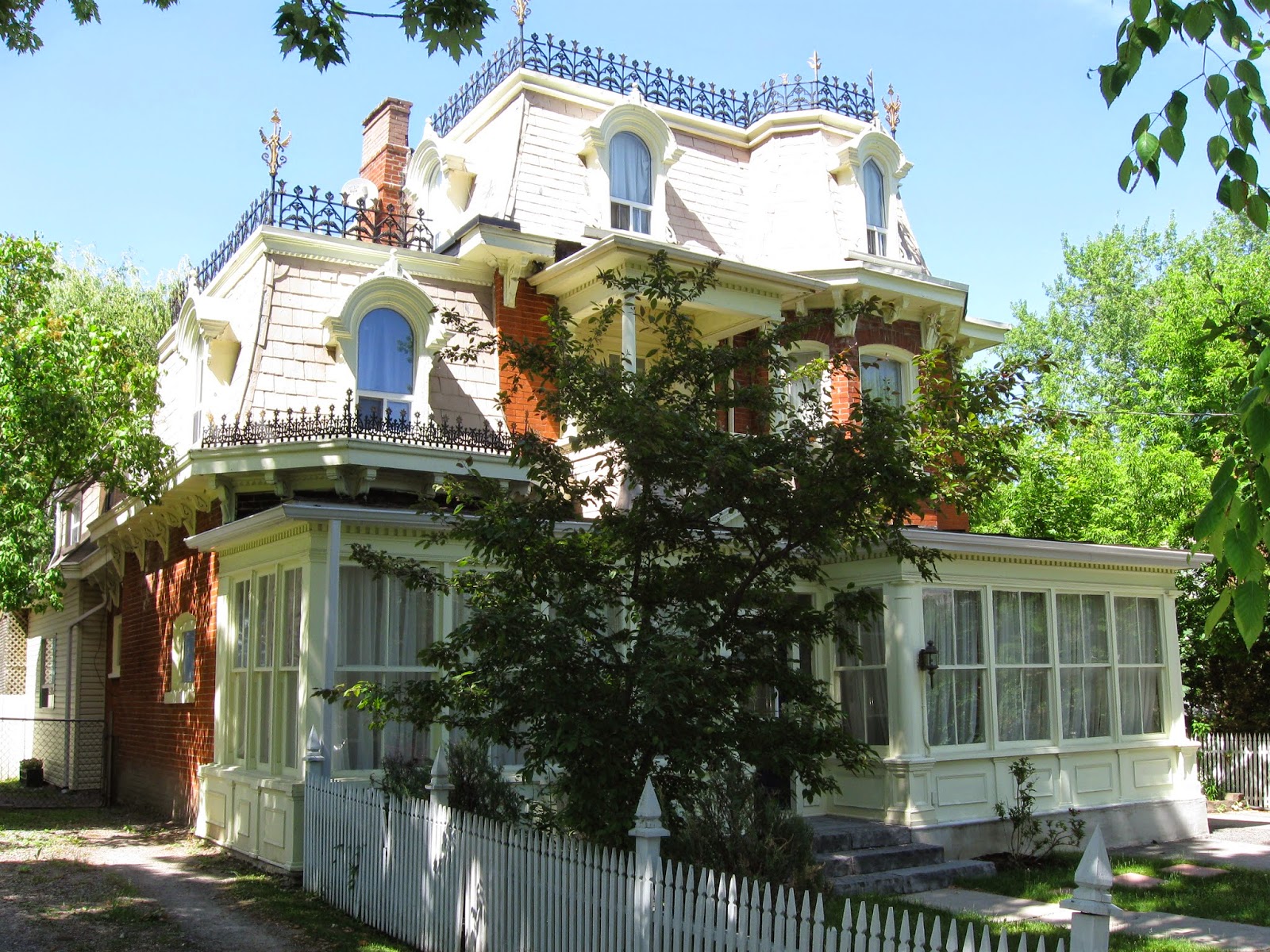 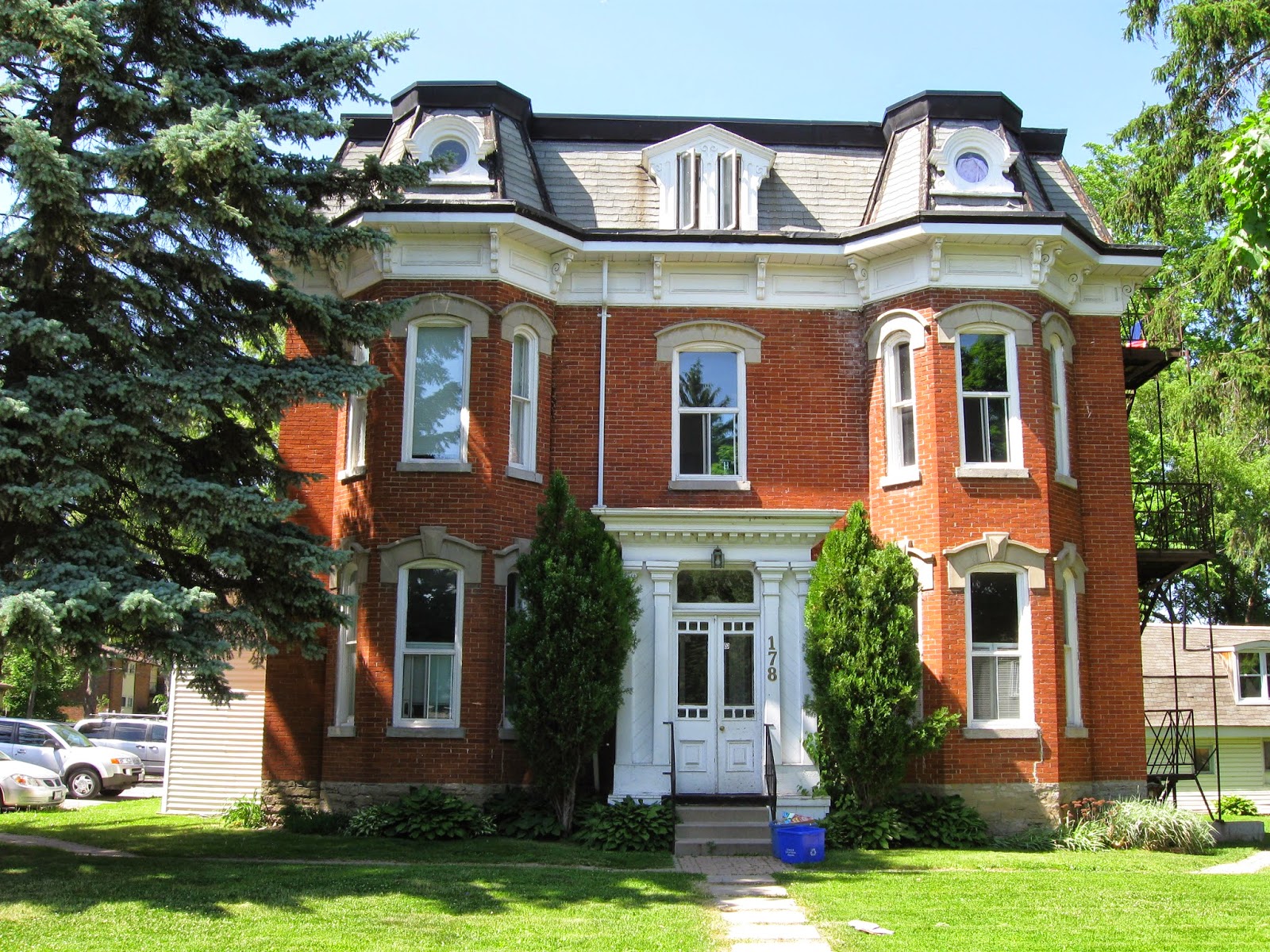 I've included photos of a few favourite Second Empire homes, but the real reason for this post is an email from a reader based in Gravelbourg Saskatchewan, a tiny town we actually sought out on a trip west in 2005, because it is a unique French enclave.


The reader sent me a photo of his house, a rare and noteworthy Eaton's catalogue house, a story from our past that I told in a post back in 2011.


The photo got me thinking about small-scale Mansard roofed houses I've seen in my travels.


Although they lack the snooty presence of the grand Second Empire houses, these smaller scale homes made the sensible decision to hold onto that idea for extra space upstairs, and in so doing retained those peekaboo dormers with mouldings.

There are even a number of Mansard roofs in 1970's and 80's subdivisions - many near my home.

M. Mansart would be pleased.


PS Just came across this mini-Mansard as I was Streetviewing around Lindsay, in preparation for a photo tour on the weekend.

Posted by Ancestral Roofs at 3:10 PM