Look back, look way back 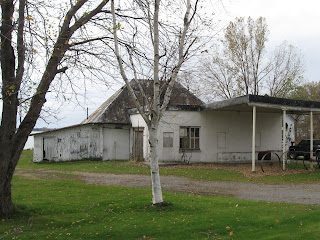 I've written about cheese factories before. Not sure I've come up with anything more about the growth and decline of the industry, since then, but I want to share this one.

On Sunday I photographed it,  beside Weller's Bay just north of Consecon, as we walked a section of the Millennium Trail from Salem to Blakely Road. I would like to have taken more shots, but the resident dog joined the tour at that point, and seemed agitated at my interest in his property. 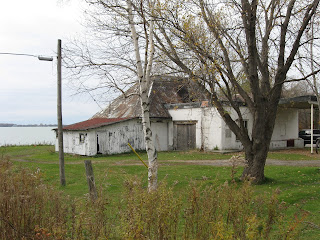 The place still has the characteristic tall roof and the covered canopy loading/offloading bay. The owners of the property have enriched its history with a fascinating collection of found objects nailed to the wall - I didn't shoot that bit, as it felt like invading their home space.

It was intriguing, seeing the building from the slightly different perspective of the old rail trail; it has just always been there as we headed toward Consecon and places south along the highway. Seeing it again launched me into some time travel. We all know that early days saw shipping and then the railway as the way out for Prince Edward County's wealth of  produce. The factory's proximity to the tracks leads me to thinking about the activity that must have take place right here, in this neat and quiet spot. 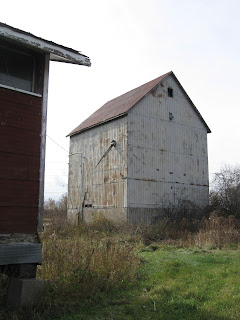 Prince Edward County: An Illustrated History (Campbell, Davies & Robertson, County Magazine Printshop 2009) is one of my go-to local history resources. Gerald Ackerman's  book The History of Cheesemaking in Prince Edward County forms the basis for one of the articles. Think it's time I found his book and travelled back to
the heyday of cheese in the early 1870's. 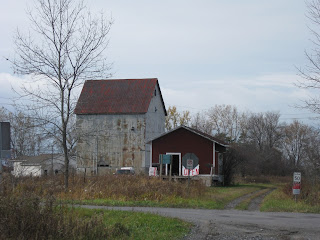 And County Canners by Douglas A. Crawford, also. As a farm girl, my life was connected to these industries (but only peripherally, as part of "what does your dad do for a living?") 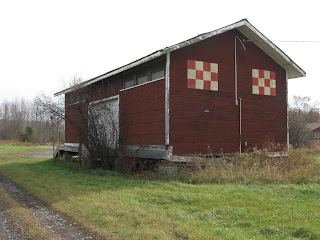 Walking along the rail trail past the Consecon feed mill and its insulbrick clad freight shed suggested yet another history quest. Many of these structures still stand, but they are pretty circumspect about how much history they impart. Resonance, in large measure. How I wish our dad were still here to tell some tales.

Posted by Ancestral Roofs at 9:55 AM